Team CSC’s lost Tour improved again today when Luxembourger Frank Schleck stuck it to his early break companions on the feared slopes of Alpe d’Huez, and finally dropped former Giro champ Damiano Cunego after a 10km slug-fest with the Italian to go solo. Floyd Landis took over GC duties by forcing his rivals to either do the work or get off the bus.

PEZ is there – and James Hewitt reported by phone that it was pure ‘madness’ on the mountain. His roadside adventures will be coming soon, and our full race report and photos will be posted shortly. 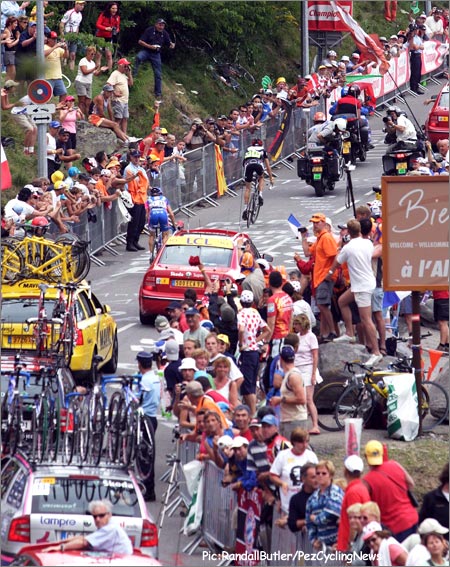 Talk about a career defining moment, Frank Schleck slams down the big hammer and drops Cunego. 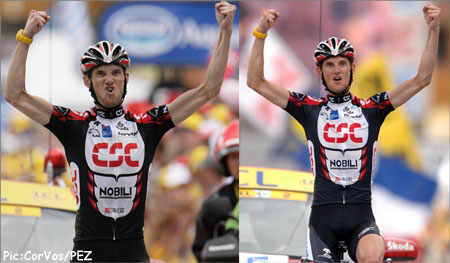 Frank Schleck flashed a look of pure maniacal ecstacy, and then became little Frank Schleck again. A colossal win for the young star, who already has had a break-out year with a win at Amstel Gold. 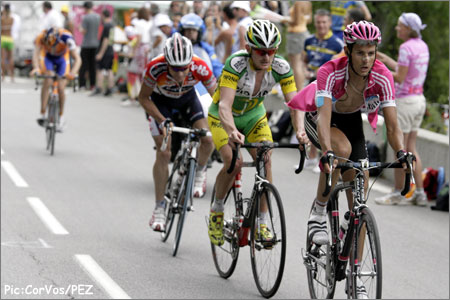 The peloton arrived at the foot of L’Alpe D’Huez largely whole (with the 15-man break still 3:45 up the road) – that of course changed VERY quickly, and within a few minutes the strongest were separating themselves – Kloeden and Landis. 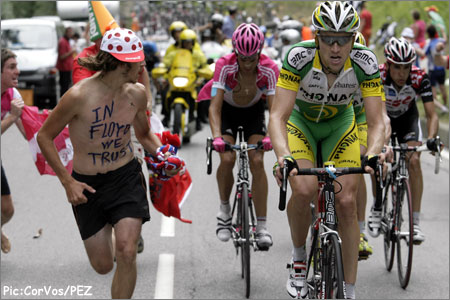 Around the midway point, Landis came hauling up to teammate Axel Merckx who was dropping back to the break. Merckx handed Landis a bottle, put his head down, and rode his heart out for Landis. A HUGE ride for Merckx on the day. 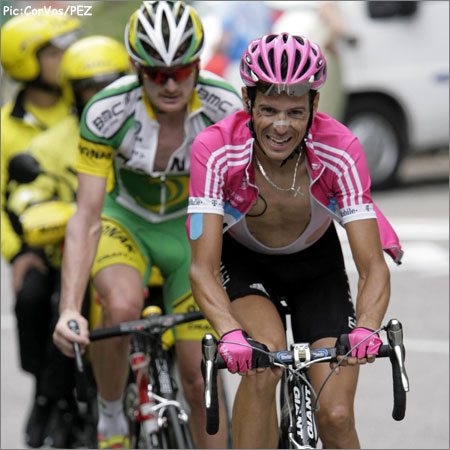 After that, there were a few accelerations from Kloeden and Landis and that was all – the two were all alone. 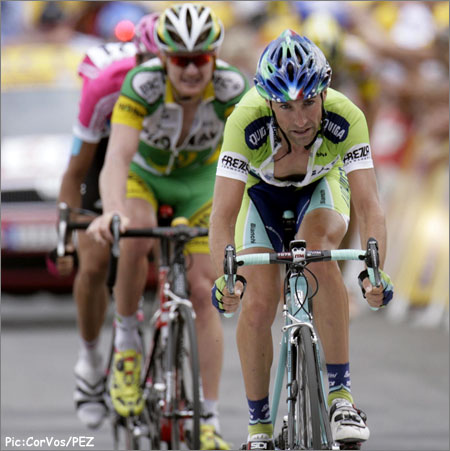 1:10 behind Schleck were the true players (sans Garzelli who was dropped from the break) – Kloeden and Landis put their stamp all over the mountain and put time into all of the possible hopes in Paris. 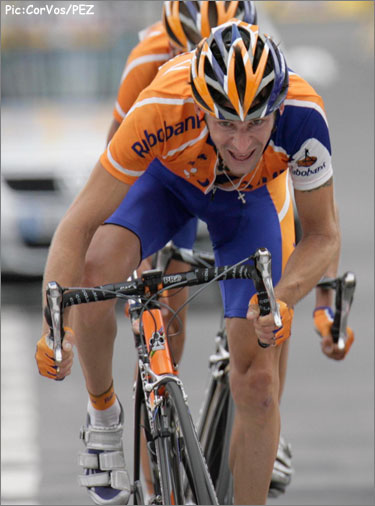 Denis Menchov followed shortly thereafter; he put in a huge fight and suffered in truly beautiful fashion. Such faces are not appropriate for TV – that man looked like he was having an appendectomy sans anesthesia for most of the climb. He lost 1:11 to Landis – a very good effort to control the damage. 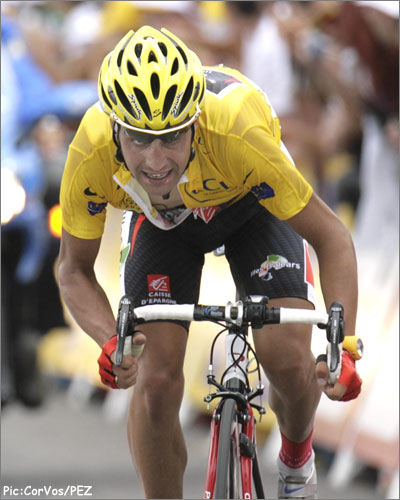 Oscar Pereiro came SO close to holding his Yellow Jersey for one more day. Coming into the final straight he had less than 5 seconds to make it to the line, but it was just too little. Still – a fantastic effort.

Be Your Own Coach: The Race Season