PEZ-Man braving the Tour in the field, James Hewitt, finds himself in Albertville for the final day in the mountains of 2006. After such a spectacular day at the TdF its pretty hard to try to compete with the Floyd so I will not try but if you are so inclined, read on!

After spending the last week and a half in a race of our own to intersect the Tour de France race route at starts, finishes and mountain sides I decided to benefit from the fact that the race was passing through Albertville. 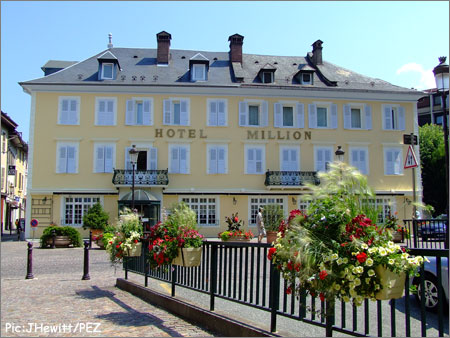 This also happens to be the location of the fantastic hotel the guys at VeloSport Vacations arranged for us this evening. Whilst we weren’t following their itinerary of rides and spectacular viewing spots (including a helicopter lift off of Alpe d’Huez!) I decided to ditch the press pass and enjoy the race from the town as a spectator again. 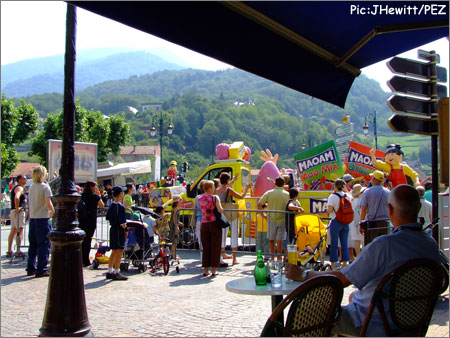 Only at the Tour, right? Sitting at a cafe, enjoying some espresso and there goes the caravan.

Starting the day at a leisurely pace we wandered down to the route to watch from a nearby cafй. As the publicity caravan passed I sat back and watched with a similar detachment to the journos I had observed yesterday. You see, I was convinced that after watching the moving publicity parade every day for the best part of two weeks I had become immune. I was happily wrapped in this reality of my own making until low and behold, a PMU pick up stopped by at the barriers. 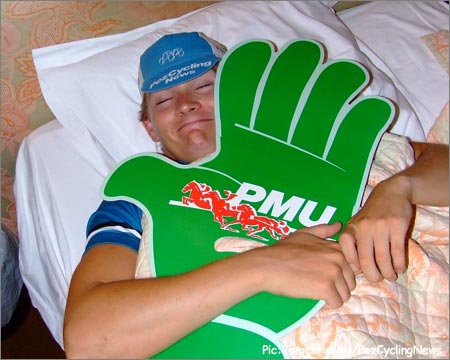 Ahhhh, it’s always what I wanted.

Suddenly, without warning I found myself diving out of my seat sprinting across the road to grasp for one of the famous green hands. You see, whilst I have been a roadside spectator at the Tour for a number of years I have never actually managed to procure such an item. Well, today was my lucky day and uninhibited by my press pass and its correspondent obligations to remain stoic and unemotional at all times I was free to behave like a real fan. I got the hand, and I don’t know why it meant so much to me but it did. It seems it also meant quite a lot to a few other people as well as I spotted a couple of the comedy sized digits locked up with a scooter! 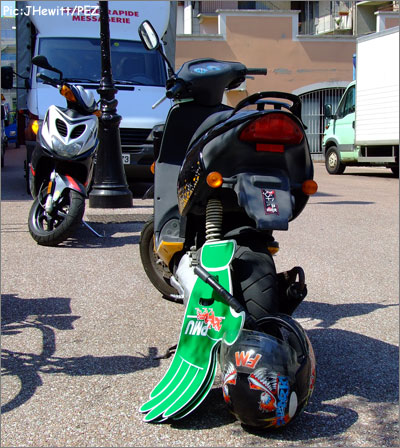 This fan has his priorities straight: lock up the Green Hands.

I suppose this is the beauty of cycling. Everyone can enjoy it and, as we saw today, there is always something to surprise you whether that’s the chance opportunity to grab a souvenir of a great day out, or the historic comeback of a champion rider from the brink of failure. 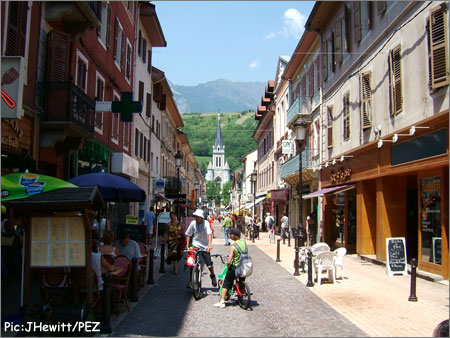 After wandering around the small cobbled streets of the town which, incidentally, hosted the 1992 Winter Olympic Games, I walked back to the roadside to watch the passage of the race. Securing a good location sitting relatively comfortably on a curb side with a good view of the approaching race I caught a few shots of the riders in action on their way to Morzine as did my dad on the opposite side. 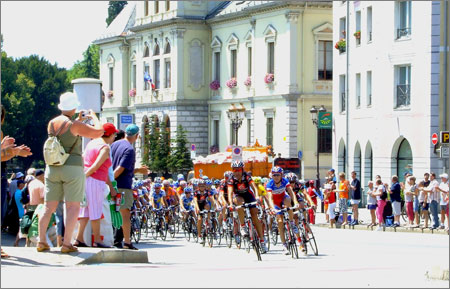 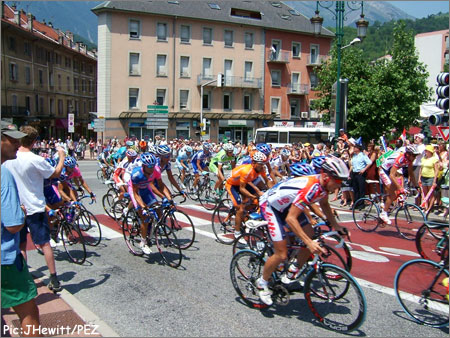 That’s good strategy, photogs on each side of the street – there’s no chance of them getting by without getting shot.

After the passing of the race the fans quickly dispersed as did we but the buzz remained. Another facet of following the Tour is that once the action of the caravan and race is over you can enjoy the setting around the route whether that be mountain top or town. So whilst today isn’t my usual spiralling monologue of break-kneck descents and star-studded encounters I certainly hope you take my recommendation to take a trip to see the Tour whenever you get the opportunity. You won’t regret it.

• For a great Tour vacation, check out VeloSport Vacations