Race Analysis: No two days at the Tour de France are the same. Not only do the standings impact the way each stage unfolds, but so does the region of the country. The nature of the race changes considerably as the peloton meanders its way around France.

***Special NOTE**- Tonite at 10pm EST on CNBC, Chris Carmichael will appear on Donny Deutsch’s The Big Idea. Chris will be on to discuss comparing sports and fitness vs being successful in business and the relationship between them. Please check your local listing for the appropriate air time in your region. For more on the show, please visit https://www.cnbc.com/id/15838512/site/14081545/

North
In the northern part of France, you can always expect the Belgian, Dutch, and local French riders to race most aggressively. This is their territory and the conditions in which they excel. It’s windy, relatively cool, and the stages are contested over roads they’ve been training and racing on since they were teenagers. Add to that the strong contingent of fans who line the roads cheering for their heroes, and you have a perfect recipe for a home-field advantage. Riders who tend to struggle the most in this region are the Spanish and the climbing-specialists. The racing is too chaotic for their tastes and they just hang on for dear life and hope to make out of northern France in one piece. 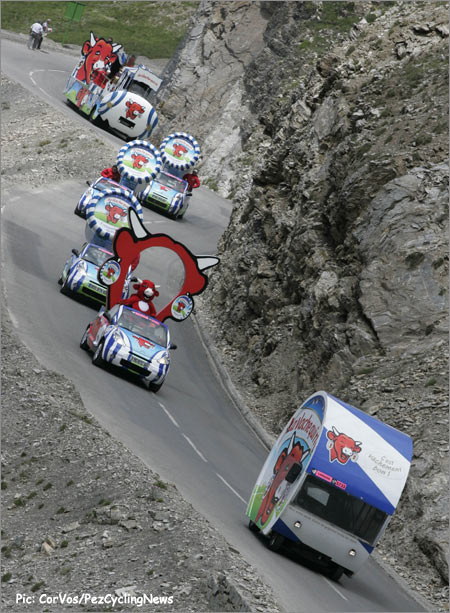 East
When the Tour de France travels through the eastern part of the country, it’s close to the borders with Germany, Switzerland, and Italy. Just as happens when the race is close to Belgium and Holland, riders from this region of Europe gain motivation from a strong fan base.

There are also regional differences in the roads themselves. Just as different cities and states in the US have varying policies on the materials they use for paving and the techniques used for controlling traffic flow, road conditions change as you move through France. Some regions seem to favor traffic islands and speed bumps, while others fill the roads with innumerable roundabouts. In very rural areas the roads tend to be extremely narrow while areas closer to big cities that tend to see higher traffic volume are often wider. In all areas of the country, though, the Tour tries to avoid using major highways.

Mountains
The big mountain passes in the Alps and Pyrenees are difficult that you might think it doesn’t matter what region of the country they’re in. To some extent that’s true, but there are differences between these two mountain ranges. The Pyrenees are on the border with Spain and Spanish riders race like maniacs to deliver great performances in front of hundreds of thousands of fans lining the climbs. The road surface in the Pyrenees also tends to be more chip-seal than smooth asphalt, really narrow, and because you’re in the southern part of the country it’s often hotter than hell on the climbs.

The Alps, on the hand, tend to be cooler than the Pyrenees and the roads are smoother and often wider. When you survey riders in the peloton, some have distinct opinions about which mountain range they prefer. You can probably guess that the Spaniards love the Pyrenees, but many other riders struggle there due to the heat and the constant feeling that your tires are sinking into road. I wasn’t a threat to win races in either mountain range when I was racing, but if I had to choose which area I preferred to suffer through, I’d pick the Alps every time. 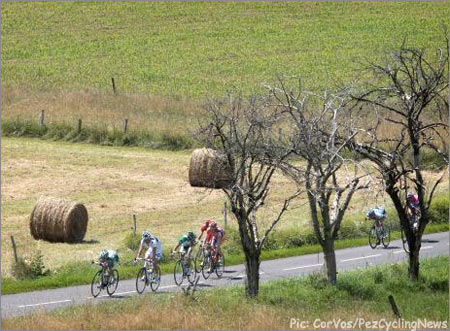 If the southern heat was too much for those trees, imagine how the riders feel.

South
Starting with Stage 11, the Tour de France exited the Pyrenees and is beginning its swing across the south of France. In the early season, this is a great area for training and racing because it’s so much warmer than northern France. But in July, the area along the Mediterranean coast is unbelievably hot. The sun beats down relentlessly and when it’s windy it’s not a cooling breeze but a hot and dry blast of air like you’re holding a hair dryer in front of your face. In the summer, riders wilt in southern France. Don’t be surprised if the peloton is relatively lethargic over the next few days – compared to the aggressive racing we saw in northern France – partially because of the heat. Of course, the 11 days of racing in their legs and the fact the Alpine stages are looming ahead of them are also contributing factors.

Stages 12 and 13 will continue the Tour de France’s march toward the Alps, and provide opportunities for more breakaways to either succeed or fall victim to the teams of the sprinters. The yellow jersey contenders are likely to be pretty quiet over the next two days, but they’ll need to stay focused on keeping out of trouble and topped up on food and fluids. More than anyone else in the race, yellow jersey contenders have to be able to ride at their best in all regions – and in all conditions – throughout France.