On a dark day for the Tour de France which saw Ricardo Ricco kicked out for EPO and his entire Saunier Duval-Scott team withdraw voluntarily, Mark Cavendish provided some light for the day with a dazzling sprint in the finale in Narbonne.

The mood was sombre at the start this morning after the Ricco EPO affair broke, only one day after Barloworld’s Moisйs Dueсas was thrown out for the same offence. The feeling amongst many of the riders seemed to be one of anger and a, ‘let’s get this show on the road’ attitude, or maybe a ‘let’s get the hell away from all the media here’ attitude, which is exactly what the Tour directors decided to do, starting the stage almost 20 minutes ahead of schedule. 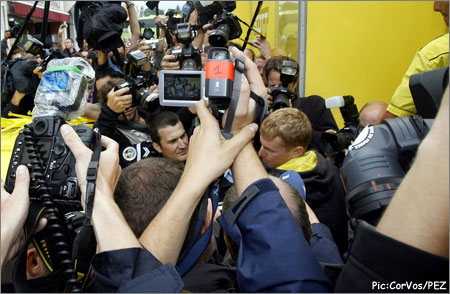 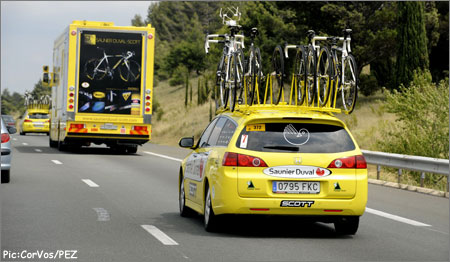 It was sad to see the whole team go…there’s talk that the team is entirely done now.

Numerous riders were keen on continuing this speedy theme today as the pace was extremely high from the start, 51kph of attacking fury for the first hour before a breakaway of two riders finally got clear and the pace settled down to a more sensible 48kph… 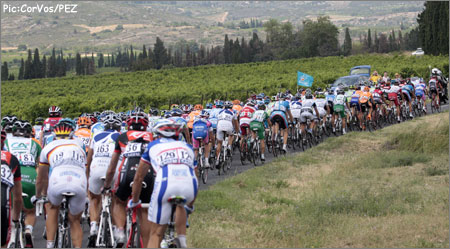 The two riders in the break today were Stage 3’s victor, Samuel Dumoulin (Cofidis) and Arnaud Gйrard (Francaise des Jeux) who worked well together to quickly establish their break on what was a mostly flat/downhill stage of 169km between Lavelanet and Narbonne in the south of France. Things were looking doomed for the break though when their lead dropped to just 30 seconds with 60km remaining before Juan Jose Oroz (Euskaltel Eukadi) bridged to the two Frenchmen solo and then injected a bit of life into the break, quickly raising the gap to 1m30s with 40km remaining. The presence of Oroz did nothing but prolong the inevitable though with the break eventually reeled in 10km before the finish. 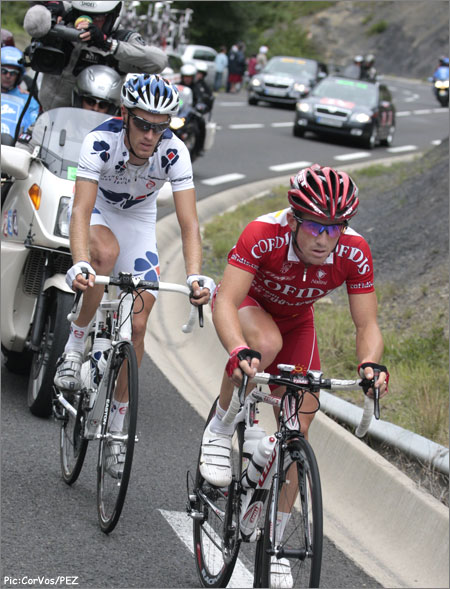 The scene was now set for a real ‘Sprint Royale’, something the Tour hadn’t seen since stage 8’s one-two finish to Team Columbia’s super fast duo of Mark Cavendish and Gerald Ciolek. Could the boys in blue do it again? Team Columbia weren’t the only ones gunning for the stage win though with Credit Agricole looking to Thor Hushovd, Rabobank looking for their man in green, Oscar Freire, Milram working hard for their veteran Zabel and Quickstep working for their Boonen replacement, Gert Steegmans. Throw in a few wildcards like McEwen (Silence Lotto), Dean (Garmin), Chavanel (FDJ) and Casper (Agritubel) combined with a long flat run into the finish and the scene was set for a hectic sprint. 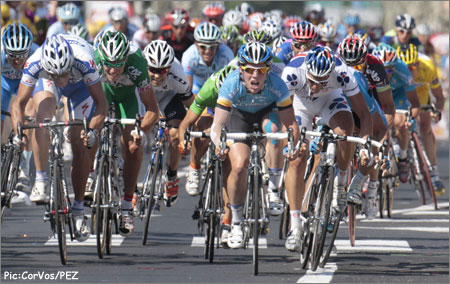 Once again it was Mark Cavendish who showed the veterans how to sprint though with another well timed sprint taking the win from Chavanel and Steegmans. Great team work again by Team Columbia and another impressive victory for the young ‘English Rocket’ as the French have nicknamed Cavendish. More disappointment though for veterans Erik Zabel (4th) and Robbie McEwen (11th) and also for Thor Hushovd (7th) as the current green jersey, Oscar Freire (5th) stole a few more points over his main rival. 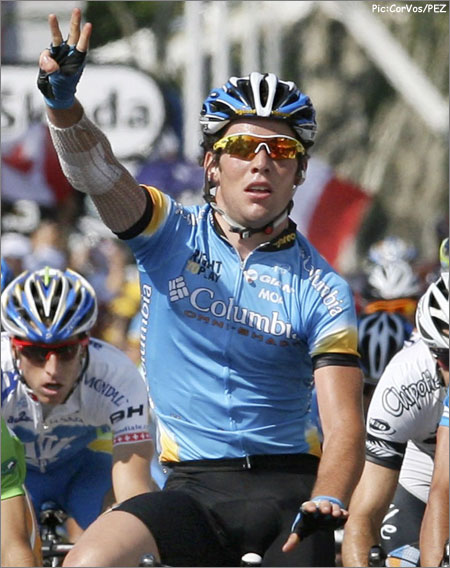 With Ricco’s exclusion today and Saunier Duval’s withdrawal things have changed somewhat in the classification stakes. Firstly the top ten has changed after losing Cobo (8th) and Ricco (9th) and the mountains classification has changed significantly with 3rd placed, non-climber Sebastian Lang (Gerolsteiner) suddenly thrust into the polka dot limelight after his long breakaway in the Pyrenees last week. 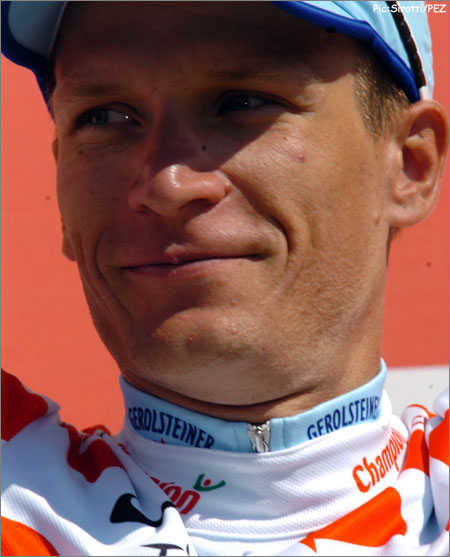 The white jersey of best young rider is now officially in the hands of Nibali (Liquigas) whilst the green jersey is still held by Oscar Freire. With no stage wins so far for the ex world champ though, his lead looks a little shaky over Kim Kirchen and Thor Hushovd. 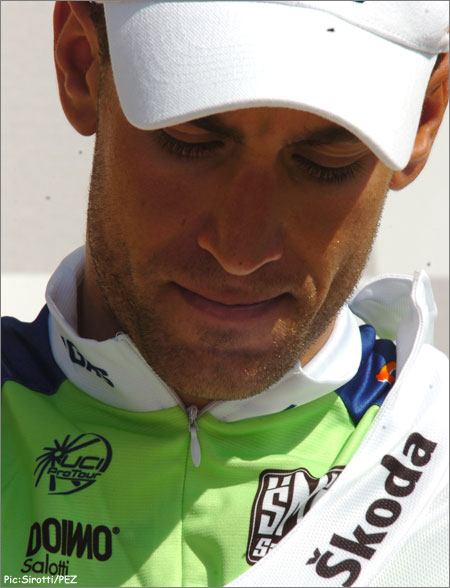