“I can’t believe it! I can’t believe it!” The words of Davis Phinney after English journalist John Wilcockson told him he’d just won Stage 3 of the 1986 Tour de France. It was the crowning moment for the 7-11 Team’s first appearance at the Tour, but there was much more to it than just that stage win. Ed Hood looks back at the weekend when 7-11 stamped their name across everybody’s radar.

Greg Lemond had been in winning teams in TTT’s prior to then, but Phinney was the first American to win ‘mano a mano.’

The 7-11 team’s acceptance into the Tour was viewed with some scepticism by the traditionalists; “what did the upstart Americans think they were playing at?”

It only took the 7-11 upstarts 24 hours after French “Viking,” Thierry Marie had blasted to victory in the prologue to show why they were there.

Canadian Alex Stieda went up the road on stage one, snaffled all the bonuses; latched onto the winning break as it hurtled past; hung on to them until the line and to the amazement of all – including me – took the yellow jersey. 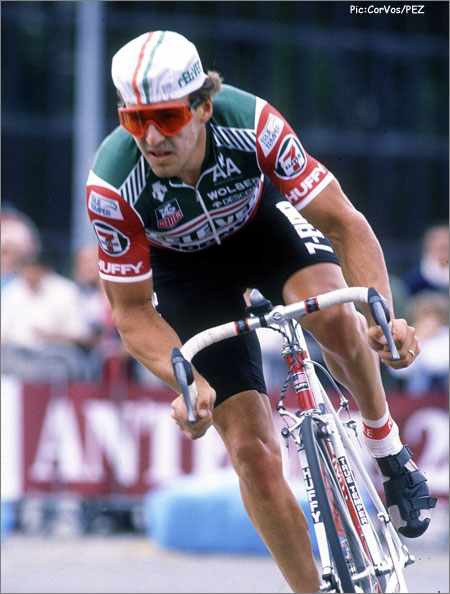 I once asked English 7-11 rider, Peter Stevenson if it was true that Stieda had partied for the rest of 1986 to celebrate his spell in yellow; “no, no,” Pete corrected me; “it was actually the rest of his life!”

But the real Tour fun was just beginning; these were the days of the “split stage” – two stages in the one day – hated by the riders and team personnel but remembered fondly by the Tour’s accountants – double the stage towns = double the revenues. Those were the days!

The second part of the day was a team time trial and Stieda, exhausted from his morning’s effort, not to mention the huge amount of nervous energy he’d burned up after the stage, was dropped. The team fell apart and the maillot jaune missed elimination by a narrow margin. He’d gone from being the first rider from the North American continent to wear the yellow to very nearly eliminated within a matter of hours! We watched the stage that day and I do remember 7-11 giving a convincing impression of Napoleon’s retreat from Moscow. 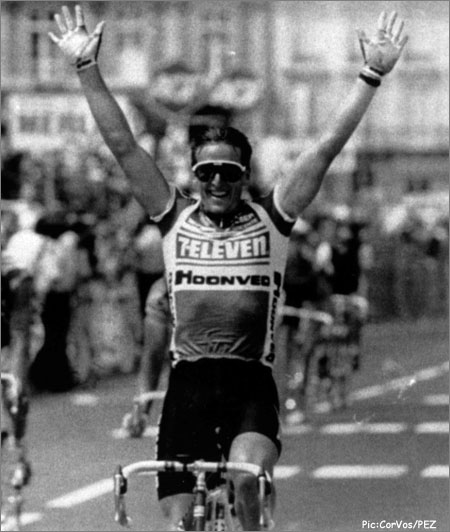 Marie and his boss, Laurent Fignon nitro-boosted their Systeme U team to victory in that TTT.

The “Stieda episode” had been an aberration, the natural order had been restored – until the next day, that is.

Davis Phinney was an accomplished bike rider, he was a rapid sprinter; the “winningest” – as they say on that side of the Atlantic – ever US cyclist, with 328 victories. But he was also an Olympic TTT medallist and he’d even won a US cyclo-cross championship medal. Stage placings in the Tirreno-Adriatico and Giro in 1985 should have warned us about the man, but we thought he was ‘just there to make up the numbers’ in a break which slipped away on stage 3. 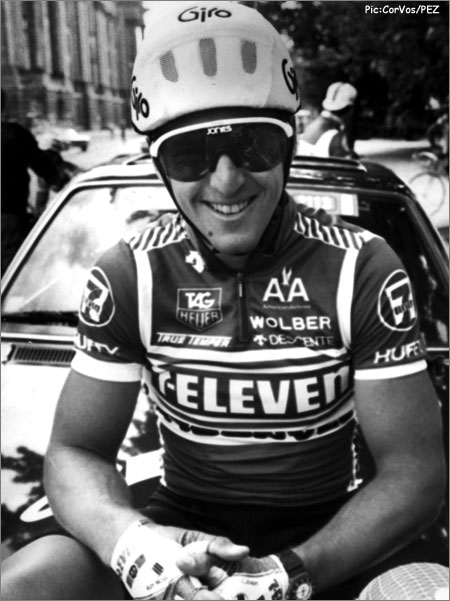 There were a dozen-or-so in the break, including Charly Mottet and Dag-Otto Lauritzen. With around 20 kilometres to go, the Spaniard Federico Echave bolted up the road and nobody chased, as Phinney said; “That made me feel disappointed, but relaxed, because I thought we were racing for second place.”

The peloton was in hot pursuit, at 5 K the gap was 30 seconds, at 4 K it was 20, at 3 K it was 10; but fortunately for the fugitives, the finalй was technical, with twists and turns – the peloton lost momentum.

Phinney explains in his 1992 book, “Training for Cycling,” joint written with his Olympic champion wife, Connie Carpenter; “I looked back and saw they weren’t going to catch us. I planned my sprint perfectly. It was an uphill finish. Boom! I took off, hit stride, and the two riders who hadn’t worked at all during the breakaway were battling me for the stage. I passed everybody. Coming to the line, I eased off and made a little token push or ‘throw,’ as it’s called – across the line.”

What Phinney, and the rest of the break hadn’t realised was that Echave had punctured and they had flown past him. Phinney’s sprint wasn’t for second, it was to make cycling history – the first ever US individual stage win.

Phinney would repeat his victory in 1987 with a fine win into Bourdeaux on stage 12, but it’s for that crazy weekend in 1986 that Phinney and 7-11 will always be remembered. 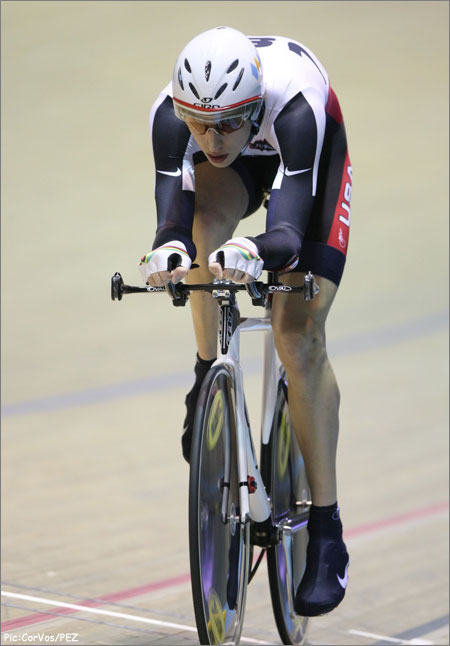 A career in broadcasting followed for the man from Boulder, Colarado but in 2000 he was diagnosed as having Parkinson’s disease. As would be expected from a man of Phinney’s character he has become active in the fight against this debilitating illness and lends his name to the Davis Phinney Foundation (www.davisphinneyfoundation.com) which strives to find relief for sufferers.

But the story doesn’t end there; in 2007 in Mexico, Phinney’s son, Taylor became world junior time trial champion. This year has seen Phinney junior burst onto the pursuit stage and he’s now one of the top ranked pursuiters on the scene – 8th in the Manchester Worlds at just 17!

It looks as if guys like me will be tapping the Phinney name into our laptops again for quite some time.