Garmin’s Monday was disastrous, but yesterday, whilst they didn’t win the stage – fourth place is what the record book says – they won a lot of hearts and crucial TV time, thanks to an epic from their big Canadian ‘rouleur,’ Ryder Hesjedal. Tired or not, he still had time for a few words with PEZ after his ride.

‘It’s a poker game, Phil,’ is one of Paul Sherwen’s stock phrases; but at the 2010 Tour de France he couldn’t be more right. Lady Luck has been fickle; smiling one day then frowning the next; there have been no winning streaks on this race.

Take Fabian Cancellara, he won big on Saturday but lost big on Monday – if you don’t think he lost, have a word with the guys at Cervelo, Rabobank and the Low Countries media – but yesterday saw him back smiling from behind a pile of chips.

Sylvain Chavanel, the world was his in Spa but yesterday was nothing – maybe that was punishment for that spray job, though?

Thor Hushovd lost big on Monday but was back on top yesterday. 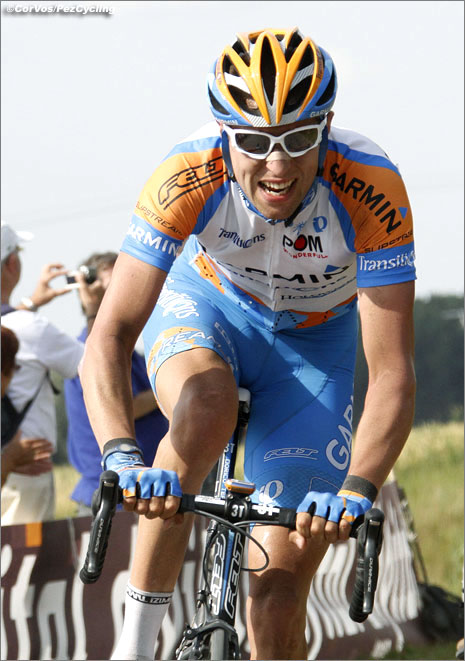 PEZ: You had us shouting at the TV monitor today, Ryder!
Yeah, well, I tried my best!

PEZ: Was it a planned move?
We’d discussed that we’d have someone in the early move and I was the least banged up from Monday.

Once we got away we were hoping that we could build a decent time gap before the crucial ‘secteurs’ of cobbles. As it was we only just made the deciding cobbles before we were caught.

PEZ: You went solo just before that, though.
We hit one secteur where a very big effort was required, I didn’t really attack, Steve Cummings had hit it pretty hard and I’d decided to stay with the strongest guys in the break – it was all or nothing.

But the situation developed where no one else was contributing and I was on my own – I didn’t slow down at all before I was caught, it was just that I had the best guy in the world over cobbles behind me.

PEZ: Were you pumped up for a good result after the team’s woes on Monday?
I’m pumped up every day on the Tour – but yeah, after losing Christian and Tyler’s bad day we re-grouped and re-focussed. Monday was good for me because I didn’t crash. 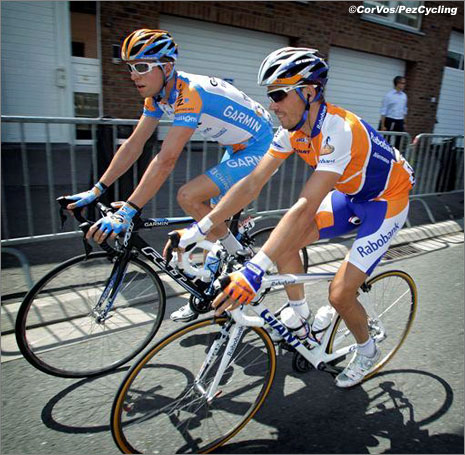 PEZ: Usual question – anything special with the bike?
Aluminium, box section rims – Mavic Reflex, I think – bigger tyres and that was it.

PEZ: You were rolling some mighty big gears.
As big as I could handle – it was like a riding a time trial and of course you have to consider the elements, it was a windy day, but the fans were amazing, I was proud to be out there.

PEZ: Did you think you could win or did you did you think you would succumb, eventually?
No, I was keeping it at 30 seconds and when I came out of back to back secteurs holding that gap I definitely thought I could win; I was dreaming of victory!

PEZ: You certainly had no problem latching on to the five chasers.
No, I was able to get on the group without any problems, I didn’t explode or fall apart; I was away all day and it must have been easy in the early parts of that stage if you were sitting in, you’d be fresh at the end. 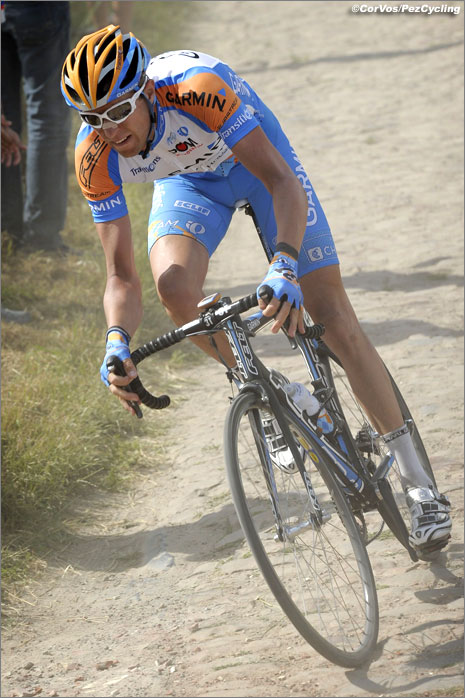 PEZ: Most aggressive rider of the day, does that help?
It’s my consolation prize, I guess – it was a good day for me and the Tour is sorting itself out.

PEZ: The Cancellara ‘pedal to rule?’
I don’t know; whilst it wasn’t a normal situation to have that many guys on the deck and it’s always sad to see guys crash out – if you didn’t crash and were at the front…there are two sides to every story. It was certainly bad for us with losing Christian.

PEZ: How’s Tyler?
He’s good; he made it through today so we’ll see how it goes for him from here.

PEZ: He only has four points, Hushovd has 63 but Cav only has one.
I don’t know what to call it – maybe ‘strange’ is the word for this Tour? We’re only stage three but it seems like a lot longer!

PEZ: Contador did well.
There were only 13 kilometres of cobbles, so providing you didn’t crash there wasn’t that much potential to lose time – maybe a minute or two. 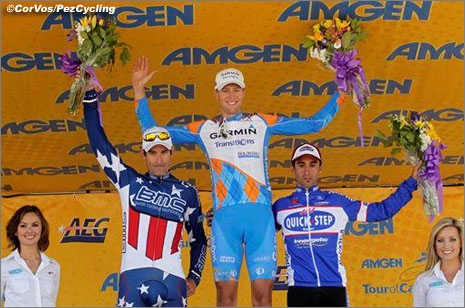 Hesjedal on the top step of the podium following his stage win at the Tour of California in May.

PEZ: A bad day for Frank Schleck.
It was tough on him, but a good day for his brother – that’s the sport!

PEZ: And the game plan for stage four?
Recover! I’ll be hiding in the bunch!

***
With thanks to Ryder for taking the time to talk to PEZ after a long, tough day, those 2,000 Euros for ‘the rider who is most generous with his efforts and displays the best spirit of the sport’ should help ease the disappointment – and he gets that red dossard on his back today, too.