Race Report: Those controversial seconds, those 39 little clicks of the second hand, have given us the fourth smallest winning margin in Tour de France history – Alberto Contador has been involved in two of those races. ‘El Pistolero’ likes to keep things exciting! Bertie’s safe in yellow today, but there’s still the points classification to sort out, and the honor of winning on the Champs Йlysйes up for grabs.

The dust won’t settle on this Tour for a while. This time next year, we’ll still be ruminating on ‘chain gate’ and that 39-second gap, rather than the fact that the incredible Contador has taken a fifth Grand Tour at only 27 years of age. 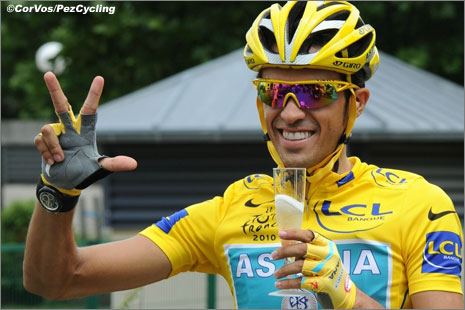 Early on, Contador cruised along in yellow, waving his champagne glass, raising three fingers in the air and getting a hug from his team-mates. A wee bit further down the road, Contador ‘attacks’ and Schleck ‘counters’ for the cameras. All the horsing around, though, requires a bike change for Schleck with 90kms to go. 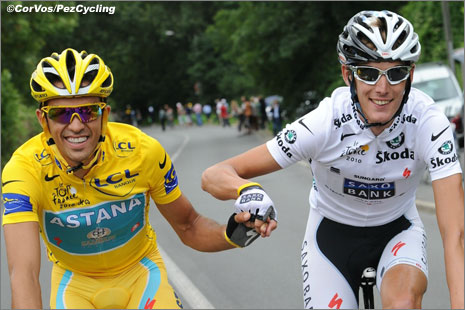 Lance Armstrong waves good-bye to the Tour, maybe in a bit of a huff. Team Radioshack started the day in special black Livestrong kit, but the race jury says: “Standard issue jerseys, please.” Normal jerseys are pulled on over the top, but there’s a bit of a jobsworth attitude, and Lance and co are informed that they risk disqualification if the race numbers are hidden. 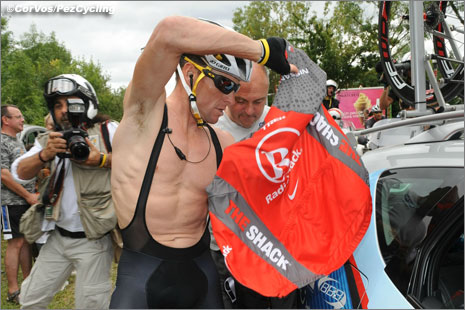 So, we’re treated to the bizarre roadside scene of Klцden, Leipheimer and the rest pinning their numbers on. Lance has someone to do that for him, of course. Either way, it’s great publicity for Livestrong.

63kms to go: the peloton is still in holiday mood, but Bernhard Eisel is hard at work, riding through the back of the field, his pockets loaded with bottles.

54kms to go: Astana tow the field onto the Place de la Concorde for the first time, and we’re racing now. 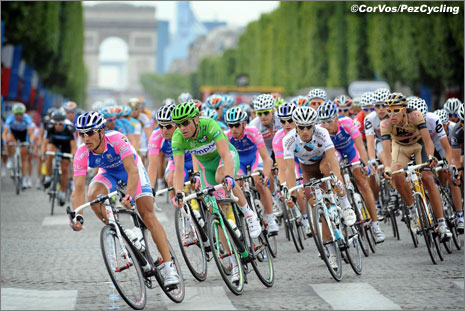 49kms to go: the first attempts at a breakaway get nowhere. Aliaksandr Kuchynski, Liquigas’s Bielorussian champion, takes a solo flier just ahead of a hotly-anticipated intermediate sprint. Petacchi’s Lampre team are happy to let him mop up the points. The pace is hot.

Team Sky are now on the front of the peloton trying to shut things down – the gap is 17 seconds with 30kms to go. Lampre do nothing to close it up as they want the group to take the next intermediate sprint and lessen any possibility of Thor Hushovd (Cervelo Test Team) and Mark Cavendish (HTC-Columbia) nicking the points classification’s green jersey off Alessandro Petacchi’s shoulders.

24kms to go: it’s 24 seconds now. Remi Pauriol and the two FDJ guys are battering along in the break. Tony Martin and Danilo Hondo are contributing precisely zero.

17kms to go: it’s still the break vs HTC-Columbia and Team Sky. The break is losing it a little, the gap down to 16 seconds.

12.5kms to go: the break starts to attack itself. Christian Knees is first to go and causes the reaction from Nicki Sorensen and Karsten Kroon.

8kms to go: it’s 15 seconds now for the front three, as the remains of the break are being clawed back as the bell clangs to herald the final lap. Lampre shut it down with 6kms left. The sprinters’ teams are jockeying for position. 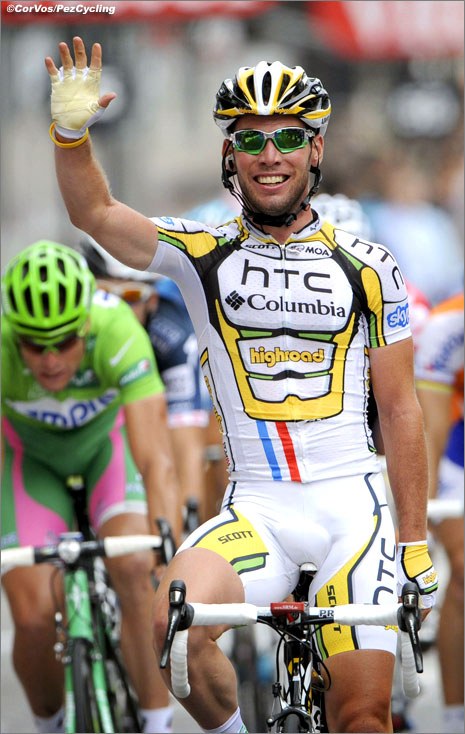 3.3kms to go: Cavendish and Petacchi are side-by-side, the speed is lightning fast.

2.4kms to go: Quickstep’s Carlos Barredo tries but gets nowhere.

1.5kms to go: Team Sky lead out of the tunnel and past the big ferris wheel – Flecha, Lцfkvist and Thomas are giving it the stick.

Cervelo Test Team take it through the final corner, an awesome lead-out from Jez Hunt. It looks great for Hushovd, but Cavendish screams off Petacchi’s wheel and rockets to the line yards clear. A brilliantly taken Champs Йlysйes repeat win for the Manx Missile. 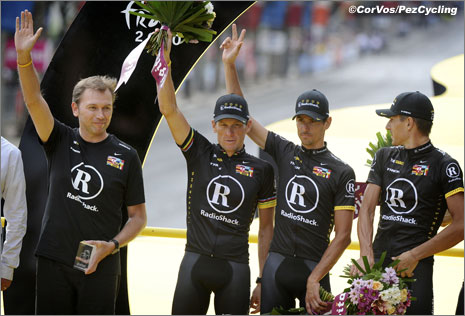 Contador safely cruises home for his third Tour de France victory, and joins the greats. Congratulations to the Spaniard, and, indeed, to everyone who made it round to Paris. Yep, to a wistful-looking Lance as well, who gets his time on the podium thanks to Radioshack’s triumph in the Team Classification. And they get to wear their special jerseys after all. 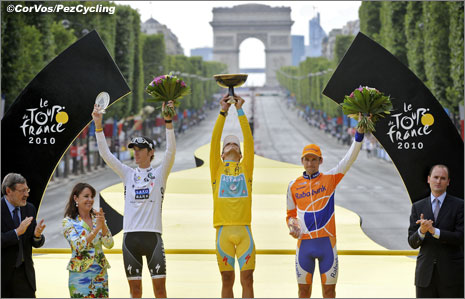 That’s it for the race until July 2011, where it all kicks off on the notorious Passage de Gois in the Vendйe region. But there’s plenty more to come from Ed Hood by the roadside, and some post-Tour features and look-backs in the days ahead. 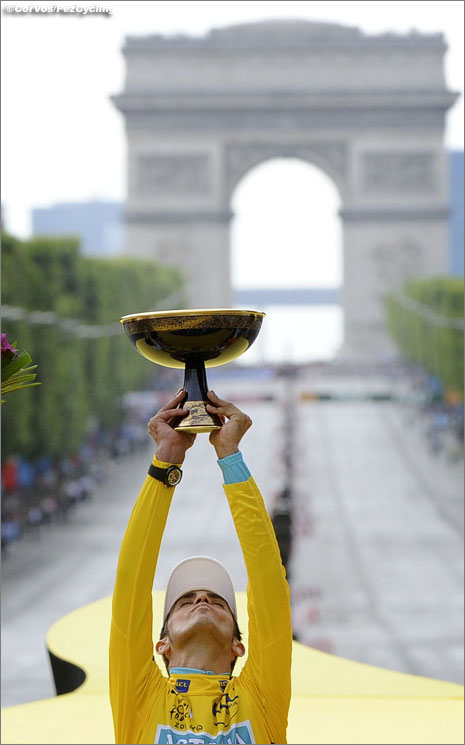 Thanks for reading and for following the Tour with us. Remember to keep it Pez … don’t touch that dial!

King of the Mountains Classification

Tour Coach: Contador Wins, But Still Needs To Improve For 2011