How does it feel to be part of the mighty SKY Pro Tour team, waiting to start your first Tour de France? We thought we’d ask Belgium’s Serge Pauwels – he was packing his suitcases when we rang.

PEZ: How did the Belgian road race champs go, Serge?
It was a tough race, very warm; I just missed the move and tried to bridge up but didn’t make it. But it was good to open up my system with a last hard day before the Tour. 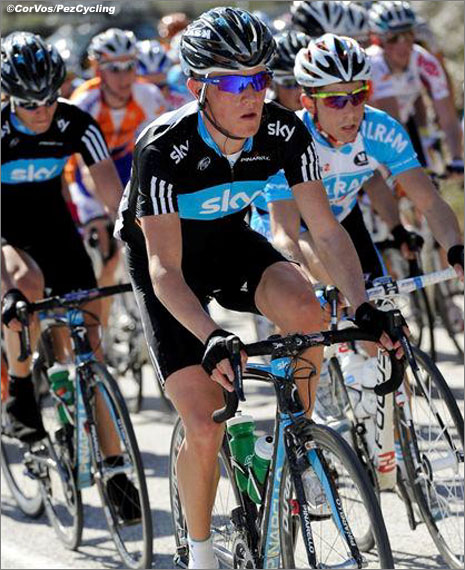 PEZ: How do you find a ‘peak’ for the Tour?
The principle is to work hard for a long period and then, before the Tour, don’t go to deep and allow recovery time.

PEZ: What are the pre-Tour rituals you have to endure?
This is my first Tour so I’m not sure exactly how we’ll spend our time – we meet in the team hotel on Wednesday afternoon and have medicals and presentations leading in to the race but we’ll also be training for three hours each afternoon.

PEZ: How much time have you spent with Bradley?
I roomed with him at the Ruta del Sol and was with him at the training camps, but apart from that I haven’t spent a lot of time with him. 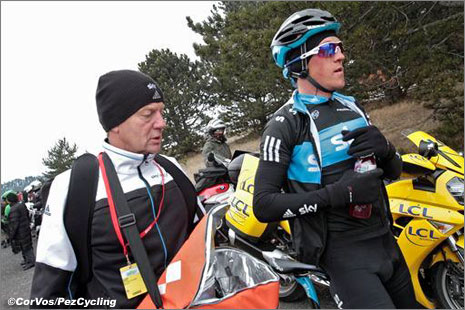 PEZ: Have the Belgian media been making a fuss about your Tour ride?
Of course, when the team was announced it generated a lot of attention, a Belgian rider going to the Tour is a big thing. I think that on the race the team will get a lot of media attention – maybe not as much as Contador and Armstrong but it will be significant.

PEZ: You’ve been a little quiet this season, so far.
I contracted gastroenteritis then bronchitis at Paris-Nice and then I hurt my knee – I was trying to train out of it but was just digging myself into a hole.

With the agreement of management I started again, from scratch – a 12 week build up. I returned to racing at Romandie then did Luxembourg and Suisse – I feel I’ve been improving all the time and hope to be at my best for weeks two and three of the Tour. 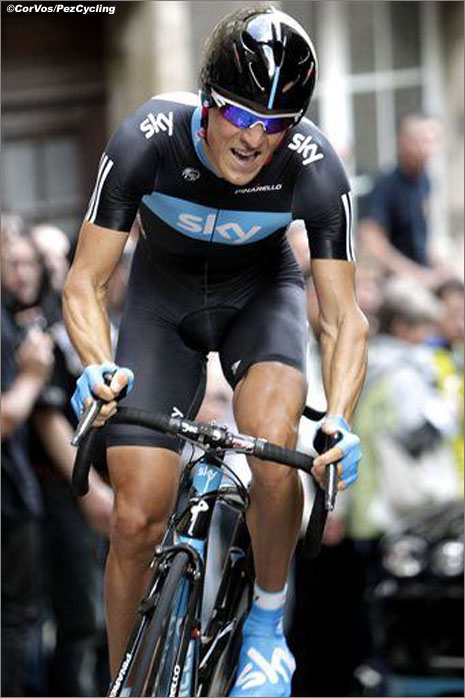 PEZ: What’s your role in the team?
We haven’t discussed it fully but more or less it will be supporting Brad in the mountains for as long as I can. Being realistic, I’m not going to be there at the top of the Tourmalet with him but I’ll be doing the same job I did for Carlos Sastre in the Giro, last year.

PEZ: Yourself, Boasson-Hagen and Lofkvist are all quality riders, how do you feel about riding as domestiques?
For me it’s a great opportunity to ride the Tour, personally I’m too young to be thinking about the GC and I’m happy to ride for Bradley – if we ride as a team for him he has the capacity to make the podium. That’s an important part of the Sky philosophy, for us to be riding as a team.

PEZ: Have you had briefings on the key stages?
Not yet, that will happen as the race goes on, but the Pyrenees are going to be very hard – harder than the Alps. I haven’t done reconnaissance rides but I know a lot of the climbs. The cobble stone stage will be a tricky one, too. 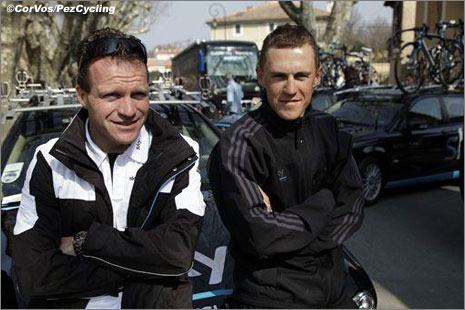 PEZ: Alberto or Lance?
On paper there’s no doubt that the Radio Shack team is stronger, they have four guys who could get on the podium – but a team isn’t necessarily about having the most strong riders, it’s about riding together as a team – Astana looked good to me, at the Dauphine. Alberto Contador is the outstanding rider for me – and we must remember that last year he didn’t really have a team in the Tour.

PEZ: What do you like about Grand Tours?
It’s a big challenge for yourself – taking care of yourself, watching what you eat, getting plenty of rest and recovering. In three week Tours at the second rest day, you’ll see guys having an ice cream – they’re getting tired in the head; you have to carry your focus for all of the three weeks.

I don’t think I’m a great one day rider but I can focus well for a three week tour and be strong in the second and third weeks. It’s a big challenge because when I rode the Giro last year there was no expectation on me – but this year’s different, there’s much bigger expectation upon me. 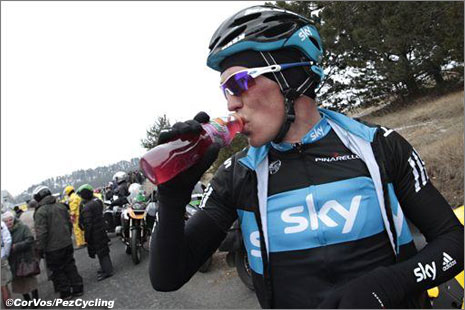 PEZ: And the negatives of a three week Tour?
Everything went well for me in the Giro last year, even the weather was good – but I know that there will be days when maybe I’ll have crashed the day before, I’ll be stiff, open the curtains and it’s pissing with rain – or maybe there will be hard chases after punctures. You have to be ready for these things in bike racing; it all just can’t go smoothly all the time.

PEZ: And your personal goals for the race?
The first one is to finish – I know that sounds obvious but to finish the Tour is challenge for anyone.

Those are my goals and they’re in line with what management expects from me.

***
A man under no illusions, we wish him well and will make a point of catching up with him somewhere in Darkest France in the next few weeks.