Insight St.00 -1 I walked into a coffee shop a few days ago and witnessed a scene I never expected to see. Four guys in their 30s or 40s were passionately arguing about who would win the 2010 Tour de France, and it fit every stereotype you’d expect from four guys in a bar drinking beer and arguing about basketball players and teams, only they were talking cycling…

PEZCycling is pleased to welcome back Chris Carmichael for another year of his one-of-a-kind Tour de France stage analysis and insights. Chris coached Lance to his 7 wins, which could become 8 this year, so get ready for a view of the race you’ll not see anywhere else. Let’s get started…

They were loud, pointing fingers, and talking trash; it was hilarious to hear names like Schleck, Contador, Armstrong, Evans, and Basso emanating from the scrum instead of Bryant, James, Nash, and Wade. Maybe it speaks to cycling’s growth in popularity, or perhaps it has something to do with the depth of talent in this year’s Tour de France.

There’s one clear-cut favorite for the yellow jersey in 2010 and that’s Alberto Contador. At 27 years old, he’s won the past 4 Grand Tours he’s entered and he’s the defending champion of the Tour. His prowess in the mountains and in the time trials is well known and he’s at or near the pinnacle of his physical development. From what I’ve seen over the past few decades, a rider can reach and stay near the top of his potential for a handful of years (about 5). He may win some major races as he’s reaching full potential, and may be able to continue winning on the downside of that, but for that period at the top he’s very hard to beat. I think Contador is in that sweet spot in his career, he’s physically at his best, and he’ll be hard to beat.

The trick about bike racing is that, even at their physical best, all champions are beatable. And if you’re facing a physically dominant competitor, you have to focus on strategies to turn the odds in your favor. In this year’s Tour de France, a few key stages and team dynamics among the favorites could make it very difficult for Contador to capture a third yellow jersey.

Key Stages
The entire first week of the Tour is going to be riveting to watch and nerve-wracking to race, but Stages 2 and 3 are the ones generating the most consternation. With hard portions of the Liege-Bastogne-Liege Classic in the latter half of Stage 2, there will be no opportunity for the overall contenders to hide. The roads are narrow, the climbs are steep, and if you have a bad day it’s going to be readily apparent to everyone! The following day features 13.2 kilometers of cobblestones over 7 sections, the final one ending fewer than 8 kilometers from the stage finish. Thirteen kilometers out of 213 may not sound that bad, unless you’ve ridden on those roads. 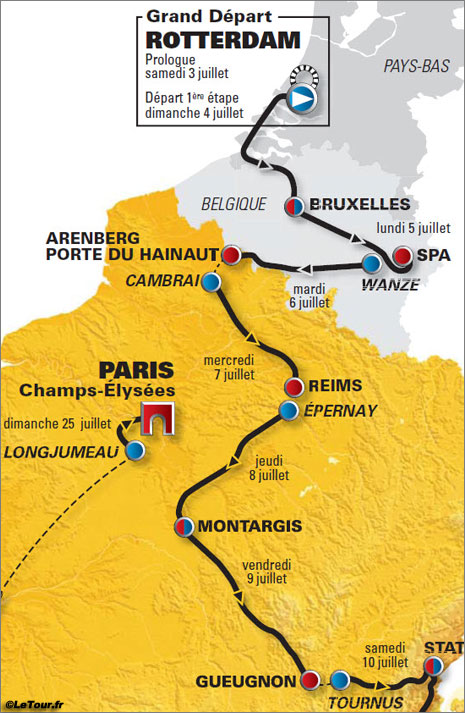 Back in the day, I rode them, and I’m sure they haven’t gotten any smoother over the past 25 years! It’s not just a little bumpy – it’s bone-jarring, brain-rattling, energy-sapping Hell. To make matters worse, the fight for position before the cobbles is insane, so you’re red-lined way before you even get onto the stones. The yellow jersey contenders will be relying on pilot-fish domestiques to lead them through the chaos and keep them out of trouble. But there’s not much room up at the front, so it’s likely that someone is going to run out of luck. 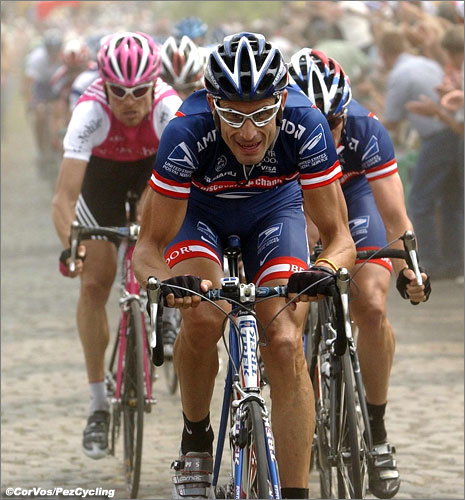 No surprise, Stages 7 and 8 in the Alps will be key stages this year. Both are summit finishes, although there’s somewhat of a plateau in the final few kilometers of Stage 7. This makes it a bit less optimal for an explosive effort from a yellow jersey contender (the plateau gives the others time to reel you in), but it’s also the first big mountain stage and there’s an advantage to slapping your rivals with a psychological blow on that first Alpine stage. 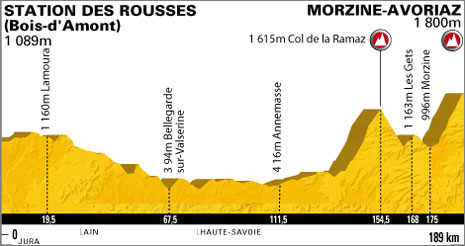 The final climb on Stage 8, however, may be the tool that rips the race wide open. You’re likely to see the favorites divide into two types of climbers – the explosive accelerators of Contador and Andy Schleck; and the high-tempo group of Armstrong, Evans, Leipheimer. It will be important for all riders to race to their strengths and avoid the temptation of riding someone else’s race.

When the race hits the Pyrenees in the third week, it’s hard to choose which stage will be the hardest and most decisive. Three of the four mountain stages fit the bill, with only Stage 16 likely to be somewhat safe because of the long distance between the summit of the final climb and the finish line. I’ve seen a lot of people who believe Stage 17 to be the Queen Stage of the 2010 Tour, and there’s no doubt the Col du Tourmalet is an unforgiving and brutal climb for a summit finish. But remember last year, when the Mont Ventoux was the final mountain-top finish right before the end of the race. It was a hard fought battle, but ended essentially as a stalemate. I think we’re more likely to see major action – or at least action that’s effective in changing the overall standings – in Stages 14 or 15. 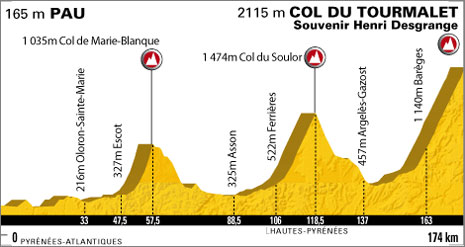 Stage 17: The Queen stage could change the game, or not…

And of course I can’t leave out the final time trial. If the race is still close going into Stage 19, a 52-kilometer time trial is certainly long enough to make a difference. However, there’s not a dominant time trialist within the group of favorites. Bradley Wiggins is great against the clock, but at the end of three weeks he’s not head and shoulders above the others anymore. If podium positions are within 30-40 seconds of each other, I think we could see some real challenges, but if the time gaps are any bigger than that, I think the overall contenders are too evenly matched in late Grand Tour time trial for this test to make much of a difference.

Team Dynamics
A lot has been said about Alberto Contador’s vulnerability when it comes to tactical savvy, and perhaps overall team strength. But you have to be careful with those statements, because he’s definitely a smart rider. It’s just that he’s up against some rivals who excel in tactics more than he does. In terms of on-the-fly, in-the-moment tactical skill, Lance Armstrong is probably the best in the peloton. And he has Johann Bruyneel in the car backing him up and thinking ahead. Andy Schleck is young, but he has a superb tactician in Bjarne Riis in the car as a director. And Cadel Evans has ridden himself into second place in the Tour de France twice by being smart, being in the right position, and knowing when to stick to his strategy instead of being drawn into someone else’s. What could be very interesting is to see whether Radioshack, Saxo-Bank, BMC, among others, can ally themselves to put Contador into difficulty.

Alliances to battle a dominant rider are nothing new, and people talked about them all the time during Lance’s run of Tour victories. But either the alliances never really formed because the teams were unwilling to really trust each other, or the alliances were there and were simply ineffective. When you’re the dominant rider, the best defense against a coalition is to go on the offensive and make the entire alliance chase you. Lance did that, and Contador has too.

As with every year, the riders will make the race, as they decide which stages will be epic battles and which will be more moderate affairs. And while Contador starts out as the odds on favorite, a third yellow jersey for him is not a foregone conclusion. About the only thing that’s certain right now is that we’re all in for quite a show.

• Chris Carmichael has been Lance Armstrong’s coach for 21 years and is the founder of Carmichael Training Systems (CTS). Visit www.trainright.com, and follow Chris at www.twitter.com/trainright