Tour Coach: Making the Shift From Domestique to Winner

Analysis St. 10 The life of a domestique is not very glamorous. You’re rarely in a position to win bike races, you almost never get to stand on a stage with podium girls, and you spend most of your days fetching water bottles from the team car and killing yourself for your team leader. But every once in a while, an opportunity pops up and you get the freedom – or sometimes the order – to go for the win.

Today in Stage 10, Team Radioshack domestique Sergio Paulinho got a chance to go for some personal glory as he captured the team’s first stage win of the 2010 Tour de France.

It’s important to remember that domestiques at the elite pro level are actually very accomplished cyclists in their own right. They may be playing the role of a supporting teammate in the Tour de France, but they had to win a lot of races in order to reach this level of the sport in the first place. 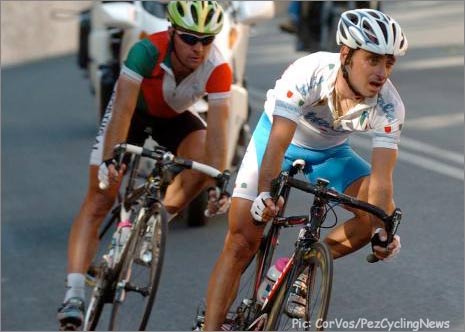 Sergio Paulinho scored a silver medal at the Athens Olympics.

Paulinho, for instance, was a silver medalist in the 2004 Olympics in Athens, Greece, and he’s won the time trial championship of Portugal. The man he beat to the finish line today was a world champion on the track in the points race. The same is true throughout professional sports. The NBA players who spend most of their time on the bench, or the third-string quarterbacks in the NFL, were star players on their way to becoming pros. Once they joined other star players in the pro ranks, they had to find their places within the team.

Over time, racing as a domestique changes the way you look at bike races. Instead of looking for opportunities to attack and win, you look at the race from the perspective of when it’s going to be best to go to the car for bottles, or when to go to the front and put in huge efforts. The timing for the domestique’s big efforts is different than for the team leaders. You know you don’t have to be there for the final sprint to the line, but that means you have to give your best efforts maybe 100 or 50 kilometers from the finish. 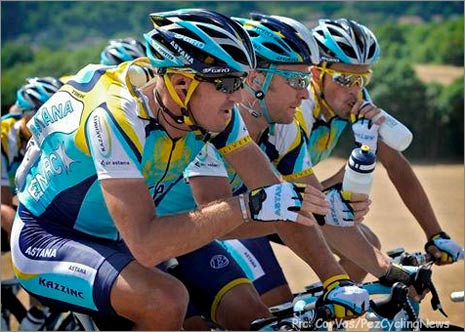 Instead of conserving your energy for the final hour, you sometimes have to lay it all on the line much earlier. The transition to becoming a great domestique can take some time, because these racers who earned their way onto top teams by winning races have to learn to change their thinking from, “How do I win this?” to “How do I get my job done best for the team?”

For some riders, the transition to becoming a domestique is virtually irreversible. Some riders seem to lose the competitive instincts and finishing skills that earned them a place in the top ranks of professional cycling, and even when they’re presented with a chance at winning, they can’t remember how to seize it. The most successful riders, though, are men like Jens Voigt and George Hincapie. They are among the most well-respected support riders in the peloton and they’ll carry a dozen bottles, stick themselves out in the wind hours, and bury themselves on the front of the peloton or a chase group if needed. But they’ve never lost the winner’s mindset, and when the time is right they know how to go for the win. 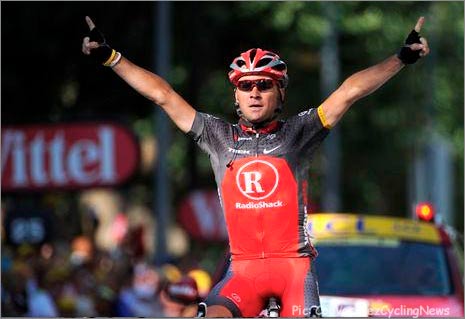 Sergio Paulinho, who works with one of my coaches, Dean Golich, is a man who knows how to win but rarely finds himself in a situation where he can go for it. The fact that before today he hadn’t won a mass-start race since 2006 didn’t mean he was an unsuccessful pro cyclist; it just meant he’s been doing his job. And if he wasn’t valued for his ability to be a great teammate, he wouldn’t still have a job after four years without a road racing win. Today it was great to see Sergio get a chance to return to his winning ways and add a well-earned Tour de France stage win to his resume.