Analysis St. 5 Mark Cavendish got it right today and won Stage 5 by enough of a margin that it should answer any questions about his sprinting form. And judging from his emotional response to winning (tears of relief, perhaps?), today’s victory will hopefully dispel any doubts he may have had in himself coming into the Tour de France.

This year I’ve been thinking more about the mental side of high-performance cycling than I have during previous Tours, and the scrutiny with which the media had been hounding Cavendish since the start of the Tour de France got me thinking about the ways riders deal with pressure. 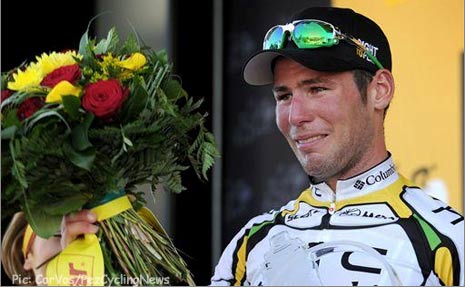 Cavendish let go some pretty raw emotion at his first win of this Tour.

The Tour de France is the most important race in cycling. And that’s not to take anything away from the Tour of Flanders or Paris-Roubaix, the World Championships or the Olympics. It’s just that more people know about and watch the Tour de France than any other cycling event. There’s more media attention thrown at this event than any other, and that means more exposure for sponsors and more money to keep teams going. That’s a lot of pressure to put on the skinny shoulders of a couple hundred bike racers, and that pressure is not spread around evenly. The stars of the sport – like the sprinters and yellow-jersey contenders – are under incredible pressure to perform, and that can either elevate their performances or destroy them.

Having been around professional cycling as an athlete and coach for the past few decades, I believe there’s an optimal balance between accepting the pressure from fans, sponsors, race organizers, and team managers; and tuning it out. The top athletes I’ve known and worked with use the pressure of big races for motivation – both in training before the race as well as during the event – but they also know when to stop listening to critics, sponsors, and journalists.

Not to speak way out of my league, but we’re raised to want to please the people around us. You wanted to please your parents and your teachers. You want to make your boss happy with your work and you want to make your significant other happy because, well, you’d like to continue to have a significant other. Athletes are the same as everyone else. It’s nice to be liked by the fans, your job depends on making your team managers and sponsors happy, and life’s certainly easier when journalists aren’t writing that you stink every day. But when athletes get too caught up in what the fans and journalists and sponsors are saying, the pressure to live up to everyone’s expectations – or to answer their complaints with immediate results – becomes overwhelming. 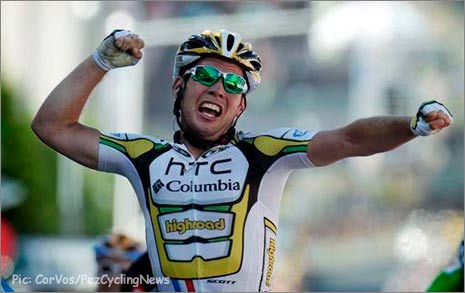 Top athletes learn to be aware of what this mob of people is saying, but remain slightly detached from it. Keeping the mob at arm’s length gives you the space to see the big picture, and allows you to focus on the things you can control. Knowing that there’s a group of people out there who think you’ve lost your sprinting speed can be good for your motivation, but dwelling on it makes you impatient and easily frustrated. Instead of being patient and racing the way you know how to, you force the situation and continue to fail. The longer it goes on, the more the pressure builds, which is why you have to stop listening to everyone else and get back to listening to yourself and a handful of people you trust.

I don’t know the specifics of how Mark Cavendish deals with pressure, but on the way to becoming a successful champion, all top athletes develop a method that works best for them. Some simply don’t read the papers and stay away from the internet. Others decided how much of that information they want to see – and from what sources – and then tune out the rest. There are others who read everything and talk to everyone because they feed off it and channel it into incredible performances. How important is it to develop an ironclad method for dealing with pressure? There may be nothing that’s more important. I would say that the ability to cope with or thrive under the pressure that comes with success is one of the limiting factors that determines whether an athlete who is physiologically capable of being a champion, actually becomes one.