Tour Coach: To Wait Or Press On?

Analysis St.15: I’m really struggling today. The biggest story of Stage 15 was the mechanical problem that Andy Schleck suffered on the upper slopes of the Port de Bales, and the subsequent response from Alberto Contador. The question is whether Contador should have waited for Schleck, or whether he was right to continue racing? I’m struggling because I think you can point to examples and valid justifications for both sides of the argument.

Contador Should Have Waited
The recent precedents for waiting are well known: Lance Armstrong waited for Jan Ullrich when the German crashed on a descent in 2001. In 2003, Ullrich and the lead group appeared to wait for Armstrong when he hooked a musette bag and crashed on the climb to Luz Ardiden. And most recently, Fabian Cancellara neutralized the peloton following a massive crash on Stage 2, which allowed dozens of riders – including Andy Schleck – to rejoin the peloton. In all of these cases, the argument made for waiting was that the riders want the Tour de France to be decided by strength and strategy, not accidents. The majority of racing fans, it seems, agree and approve of what they view as displays of honor and good sportsmanship. 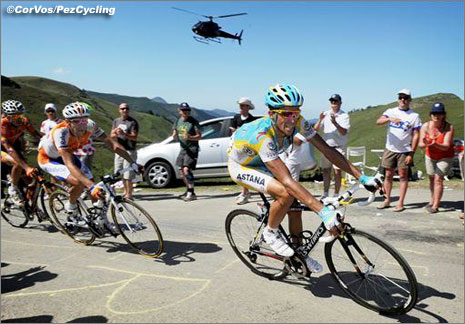 Based on those precedents and principles, Contador should have waited. The precedent that is most relevant, in fact, is the 2003 crash of Lance Armstrong. Lance was in the yellow jersey, Jan Ullrich was 15 seconds behind Armstrong in the overall classification, and the crash happened in the heat of the racing on the final mountain of the stage. Today Contador was 31 seconds behind Schleck, who was in the yellow jersey, and although it wasn’t a summit finish, they were on the final mountain of the stage and in the heat of the race. In 2003, the lead group – including Ullrich – appeared to wait, at least for a little while. This year, Contador didn’t wait – but neither did Sammy Sanchez or Denis Menchov. 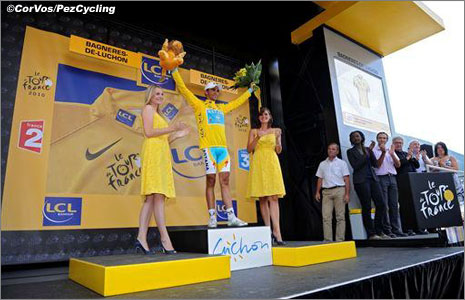 Contador Was Right to Press On
Everything that happens in a bike race impacts the end result, and some things go your way while other things don’t. This side of the argument would proceed by pointing out that we can’t stop the race every time someone has a problem. The bigger problem is that while everyone likes the idea of fair play and good sportsmanship, it can be difficult and confusing to determine what that means in the heat of a race. When do you decide to wait for a rider who has a mechanical or a flat tire, and when is it “acceptable” to press on? Does it matter if the flat tire or the mechanical problem was the result of the rider’s choice (poor time to shift, ran into a pothole, jumped a curb, etc.) or out of their control? 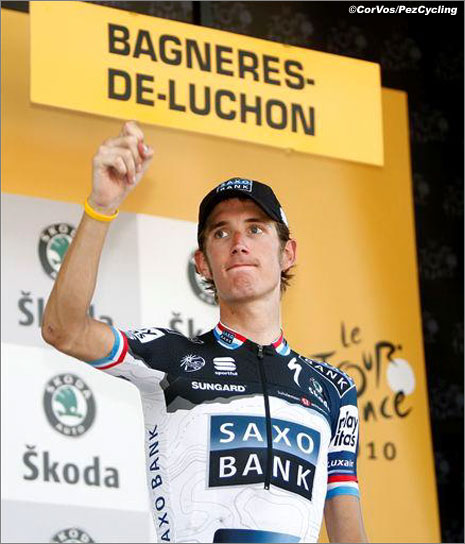 There are precendents on this side of the argument as well. In 1999 there was a crash on the Passage du Gois that split the peloton. Alex Zulle lost six minutes to Lance Armstrong, who was in the front group. Lance Armstrong was certainly a yellow jersey contender this year during Stage 3, but he got a flat tire at a crucial part of the race on the cobblestones, and no one waited. He crashed on Stage 8 in a roundabout, no one waited. In fact, I’d be willing to bet that there are more examples of the race pressing on after a mishap involving a race favorite – in stage races and one-day races – than there are examples of the race waiting for a favorite to rejoin the lead group. It’s a race, not a tea party, and not a popularity contest. It sucks when you’re the one who falls or has an ill-timed mechanical, but that’s the way it goes. There will be another time when someone’s ill-timed crash or mechanical plays a role in allowing you to win.

Beyond The Debate
My struggle is that for seemingly every defense of one argument, there’s an equally valid counter-argument. There really doesn’t seem to be one answer that’s clearly right or one that’s clearly wrong. In the end, and even though it’s directly contradicted by the Lance/Ullrich situation on Luz Ardiden in 2003, if I had to make a decision today I would say that it would have been nice to see Contador wait for Schleck, but I don’t think he was obligated to. The decision to press on, however, may well haunt Contador later in this race or in the future. 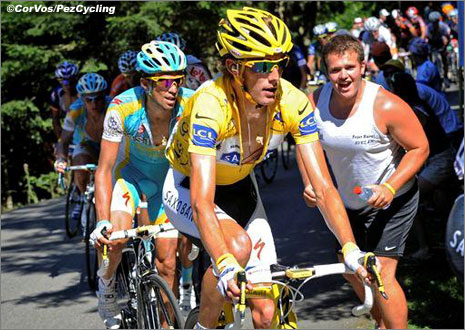 The peloton has its own sense of justice, and if the riders feel that Contador was wrong, they may find ways within races to let him know. I don’t mean they’ll do anything malicious like push him off the road, but they may decide not to work with him in a breakaway, or that they’ll chase him down to prevent him from winning when they otherwise would have cooperated with him. Perhaps in next year’s Tour, or in a stage later in this race, a rider who might otherwise work with Contador in a small group will decide to just sit on.

You have to remember that even though many fans only see riders like Sammy Sanchez or Andy Schleck once a year during the Tour de France, the riders see each other week in and week out for years. Many of the men in the Tour have been racing each other for the better part of a decade, some even longer. Many have raced together on the same teams, or will in the future, as contracts and sponsors change. The actions you take in races determine how you are perceived in the peloton, and over time you build a reputation based on fairness, competence, safety, work ethic, and friendliness. The night after a stage like today, we can all talk about the immediate implications that Schleck’s mechanical problem – and Contador’s response – had on the race. But right or wrong, the long-term consequences of Contador’s decision will be decided by the peloton.

Tour de Pez: Garmin, We Owe You One!