Tour Coach: Was Stage 16 A Waste Of Time?

Analysis St.16: Some people wonder why the organizers of the Tour de France include stages like today’s. They, like the riders and race fans, know there’s not likely to be much incentive for the yellow jersey contenders to ride aggressively on a day where the summit of the final mountain is 60 kilometers from the finish line. So why “waste” the ascents of the Col du Tourmalet and the Col d’Aubisque?

These mountains have the potential to decimate the contenders’ group and establish a clear winner of the Tour de France, but placed into a stage like today’s they seem to be nothing more than a nuisance for the riders – long and painful climbs with harrowing descents, but no real opportunity to make a difference in the race. 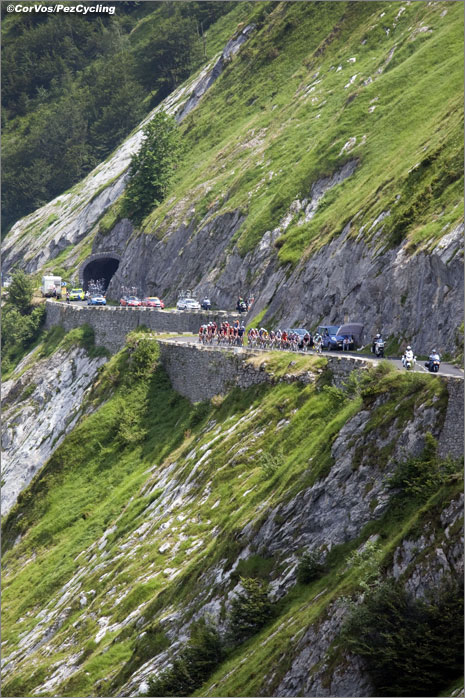 Days like Stage 16 are included because of how they fit into the big picture of a three-week Grand Tour. If you wanted to make every stage of the race decisive, you could easily create a course so brutal that it would be inhumane. As it is, in this third week of the 2010 Tour de France we have four mountain stages in the Pyrenees, two of which have summit finishes (14 and 17), one which had a descent straight to the finish (15), and today’s. Stage 16 included two Category 1 climbs and two Beyond Category climbs, so even though the race ended with 60 kilometers of gradual descending roads to the finish, it was bound to be a very hard day in the saddle. And that was its biggest contribution to the race. 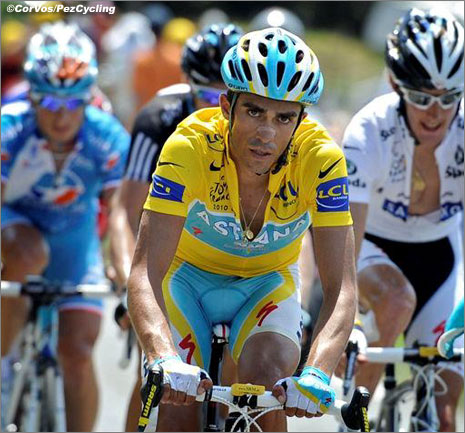 The Tour de France is a test of strength, power, and endurance. In many ways it’s a race of attrition, in that riders are gradually worn down by the long days, the heat, wind, crashes, tension, and climbs. Even though today’s stage was won by a nine-man breakaway and the peloton finished nearly seven minutes behind them, the yellow jersey contenders had to use considerable power and energy to cover 200 kilometers through the mountains today. This seemingly unimportant stage nearly put a few of the riders in the top 10 overall in serious trouble. Sammy Sanchez started the day in third place and was one of the main animators of yesterday’s final climb of the Port de Bales. Today the pace was so high on the first climb, the Col de Peyresourde, that he was dropped from the peloton and had to catch back on. 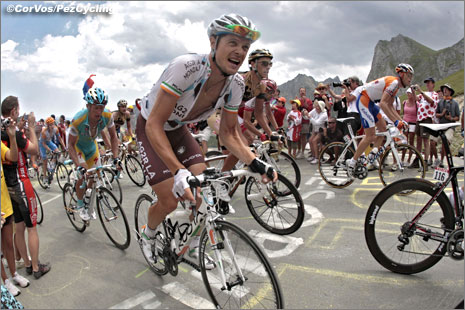 Ivan Basso, who started the day in 14th place overall, wasn’t so fortunate. He was spit off the back on the Peyresourde and never caught up. And because he was off the back so early in such a hard stage, he crossed the finish line 34 minutes behind the breakaway group and about 27 minutes behind the pack containing his main rivals. 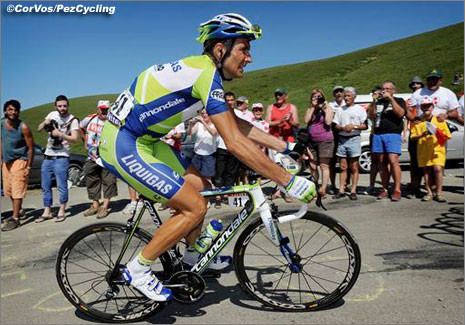 Part of the reason so many riders were put into difficulty early in the stage was because the initial breakaway group that surged up the Col de Peyresourde was very dangerous to the men in the top positions. It contained all of the men occupying 9th, 10th, 11th, 13th, and 17th places, men who are not really threats to the yellow jersey battle – unless they get up the road and build a big lead in a breakaway group. Lance Armstrong was in this breakaway as well, having decided that Stage 16 was his best chance at winning a stage in his final Tour de France. But with such a high-powered group up the road, the pace in the peloton on the Peyresourde was brutal, and that was just the first of four massive climbs.

What overall impact did Stage 16 have on the race, now that we know it wasn’t a decisive stage in the battle for the yellow jersey? Well, it definitely knocked Basso out of the running for a top-ten place in Paris. It saw the oldest man in the race, Christophe Moreau (39 years old in his 15th Tour de France), climb into second place in the King of the Mountains competition. And a strong ride by Thor Hushovd to stay in the main peloton and win the bunch sprint for 10th place means he gained enough points to overtake Alessandro Petacchi in the green jersey points competition. 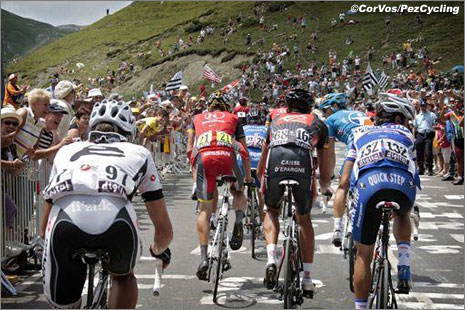 In terms of the race for the yellow jersey, Stage 16 added another layer of fatigue to Andy Schleck and Alberto Contador, as well as their domestiques. It’s easy – but a mistake – to think that anyone in the Tour is so strong that days like today don’t affect their performance in the coming days. There’s one more major summit finish on Thursday, atop the Col du Tourmalet. Schleck and Contador will attack with everything they have, and I doubt they will cross the finish line together. The man who falls behind may owe part of the time he loses to the fatigue brought on by Stage 16.

Tour de Pez: A Lovely Jaunt Through The Pyrenees