Nighttime Roadside: Today’s story is the story of last night. It was one of those blessed series of coincidences, fate, good luck or guiding hands. We went from the gloom and despair of sheltering from a monumental thunderstorm, wondering how the hell we would get home, to discovering the beating heart of France thanks to the kindness of strangers we are now lucky to call friends. 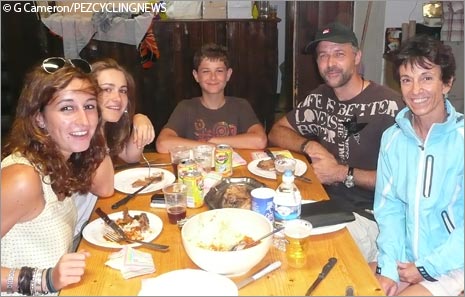 Let’s go back to about 7pm yesterday evening. The story was done, the pictures edited. We’d been up since 6.30am and it was time to retrieve our car. Without our accreditation stickers, we’d had to leave our ‘voiture’ in one of the park-and-rides in the village of Prйmanon and get the shuttle up with the other hundreds of fans.

The thought that something was about to send those plans askew came as early as when we were walking down to see the riders finish. The skies had darkened alarmingly and the air was like soup. Ominous clouds overhead. Some German journalists hoping for rain. “It’s definitely going to come”, said Valerie.

Firstly, a couple of clicks and clacks on the roof of the press room, then steadier cracking, then … full-on, apocalyptic rain. “Fiesta!” laughed the Spanish journalist in front of us. Those on deadlines were too busy to notice, but soon people were looking out of the windows in astonishment. Hailstones the size of marbles bouncing into the building and rolling along the floor. Support staff who looked like they’d been swimming frantically racing indoors. 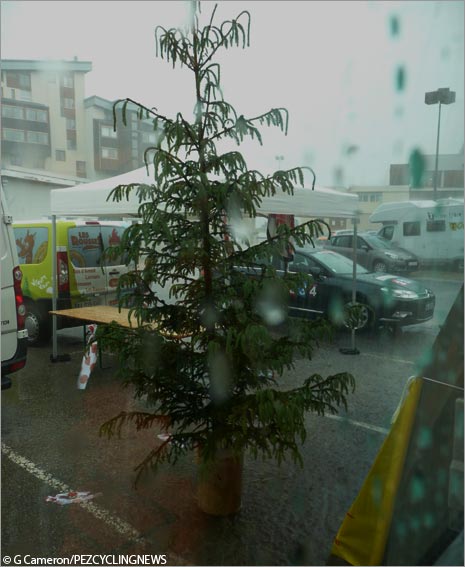 Thunder booming, lightning flashing just seconds later. The storm was right on top of us, and the long walk to the ‘shuttle stop’ was looking dicey. Looking up at the opaque Perspex panels in the roof, you could see water hosing down spectacularly. 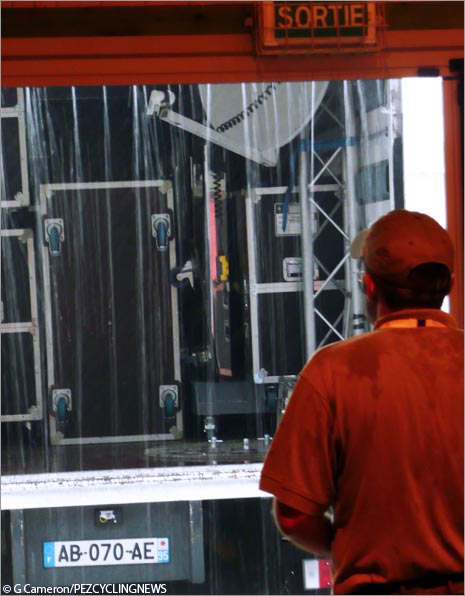 Thirty minutes later, we decided to make a break for it in a lull; the access road was already backed up. We started seeing processions of under-dressed people wrapped in foil sheets, then emergency service vehicles with half-dozen loads of frozen children crammed into the front seats. We began to realise that something major was going down.

One of the super-helpful guides stationed around the ‘arrival’ explained to us that the valley roads were blocked by ‘voiture, voiture, voiture, voiture!’ and that the ‘navette’ would be running from where we’d just marched. The water levels had shot up making some roads temporarily impassable. No-one was going anywhere in a hurry, so … back to the press centre. 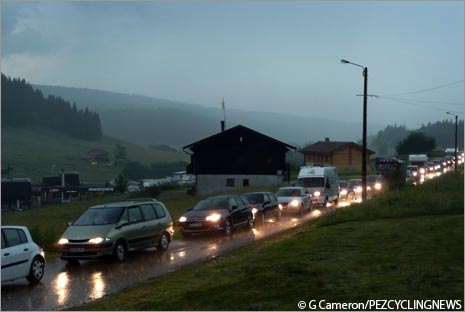 We never got there. The storm picked up again with Biblical fury, so we had to dive for a balcony and hope that the refuse sacks we’d begged would protect our bags of kit from the elements.

We waited … and waited. Cars backed up in a forlorn, headlights-glaring snake as far as we could see. An ‘in-charge’ looking fellow came jogging towards us and I tried to get his attention, but it was another chap, an ordinary guy, who came running over to help. He confirmed that the buses were going from near the press room, apologised and raced off to help someone else, crouching by a cracked-open car door below us.

Then he came racing back. Then our luck changed.

“I know this lady. She is going past Prйmanon. She will take you near your car!” I looked at Valerie for a second. OK? OK! We floated down to the car jumped in, and met Franзoise Gentet, her daughter Alice and Alice’s cousin Faustine.

For a family to let two total strangers, sopping wet and laden with kit bags, into their car is something, but they would let us into their world, too. Franзoise works in sales and marketing, and the girls are in high school. They had been hanging out with family and were trying to get home. We sat and chatted in the car as the rain battered down.

“It was 35° Celsius in the afternoon, and now it is 13°!” said Franзoise pointing at her dashboard display. No wonder all those kids in the fire rescue trucks had looked half-dead. The plans changed. Phone calls between our vehicle and Franзoise’s sister, Agnes, had decided that turning back was the option, where we’d be dropped at the press room. Our car looked very far away …

… then another change of plan. “It is too busy, too many cars, so we go in here to eat. That way we pass the time until the road is easier,” said Franзoise. So we went with it, running under a tarpaulin to the site of a barbecue in full swing. The wood smoke, the food scents … amazing. 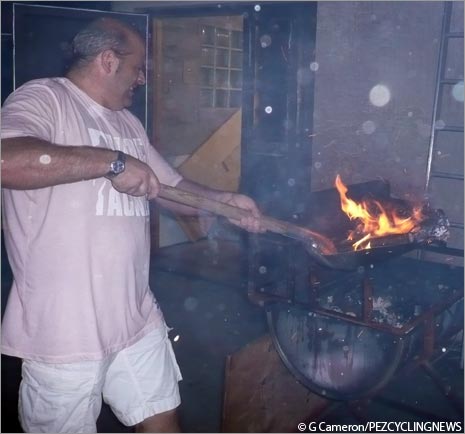 The guys were cooking festival-sized portions of pork chops and sausages. Sounded great to me. Valerie doesn’t eat meat but … no problem. They’d knock out a quick ratatouille. 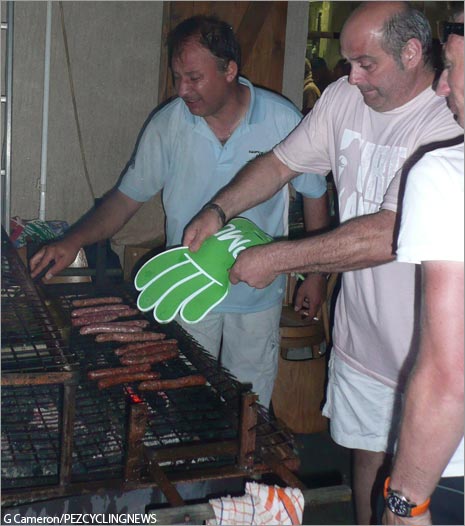 I still wasn’t even sure where exactly we were, but Franзoise explained. “This is the local ski club, Ski Club St Claude. They have done this to help the people caught in the storm. Normally, they don’t serve food.” We were getting very lucky. There were a couple of old fellows wrapped in blankets at a table behind us who looked like they’d needed rescuing more than most, but had been revived by the hospitality. 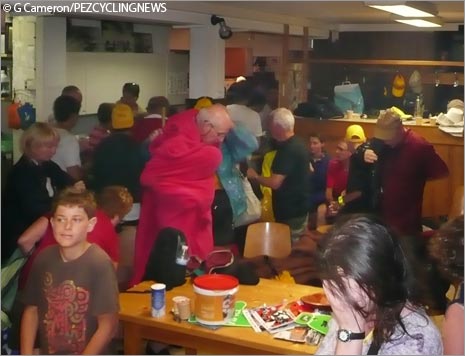 Just as the food arrived, an emergency service worker came to evacuate us. This was obviously becoming a big deal. ‘Luckily’ for us, it was decided that he wasn’t high enough up the chain to insist, so: “You stay with us! It’s good!”, laughed Franзoise. 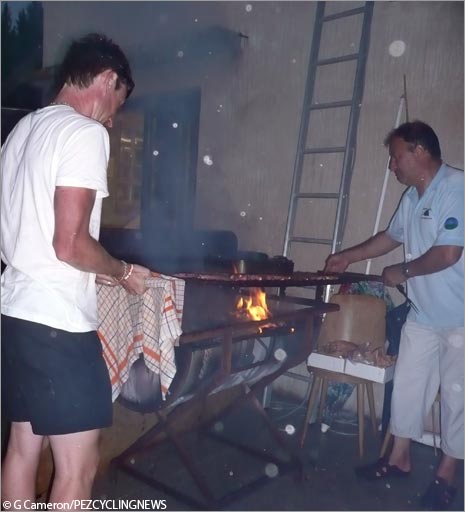 As we tucked into our food, Franзoise was laughing. “This is the real France … rural!” “Country France!” said Alice. It sure was. 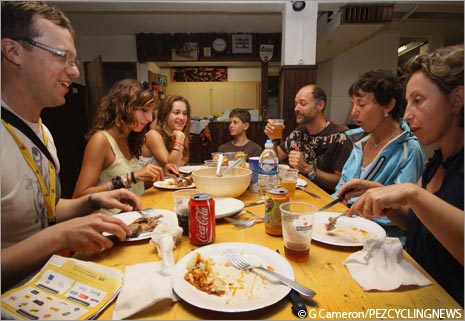 The chat turned to … spoons. “You know what this is?” said Franзoise holding up what looked like a mini-fish slice with cross-shapes cut out of it. It was an absinthe spoon, the drink made from gentiane, which is a speciality of nearby Pontarlier, guaranteed to melt the mind, as Agnes explained about the artist Toulouse-Lautrec. 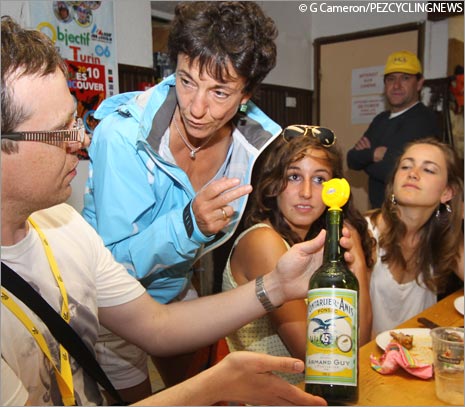 Now absinthe’s probably not the best thing to be quaffing on a hair-raising Saturday night, but the local ‘Pontarlier-Anis’ is, which Olivier Facchinetti softened up for me with some ice. Gorgeous stuff, sweet, and giving a lovely glow on the way down. Olivier was a true character, friendly and a real laugh, and I’m just sorry my French wasn’t good enough to banter with him. 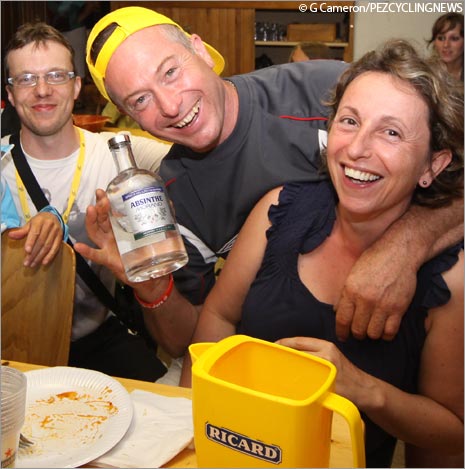 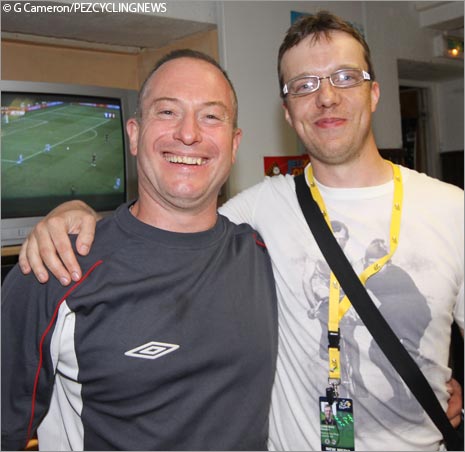 We got introduced to the president of the ski club, Claude Grellat, who proudly showed us a poster with some of the club’s famous sons and daughters, including three-time Olympian Manu Jonnier, and presented us with a copy of the club’s newsletter. 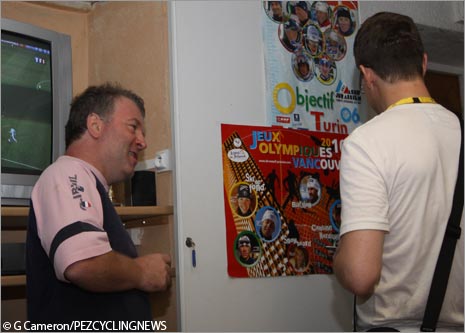 The food was amazing, the company even better. But the night had to end, and when we emerged back into the darkness, the air was damp but the water had largely seeped away. Clouds of vapour steaming up off the road added to the atmosphere. We got back into the car with Franзoise, Alice and Faustine, to follow Agnes, Pascal and Maxence, off the mountain and to the car retrieval point in Prйmanon. It was well out of their way, and we shared ‘a bientot’ in the murk.

Back on the road, we felt like maybe the experience had melted our minds, with the scores of weird scare crows looming out of the mist, freaking us out. 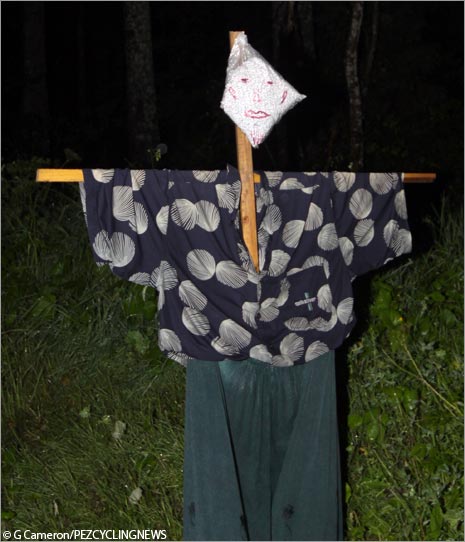 Despite the terrors of the Sat-Navs twists and turns we made it back to the hotel, precisely 18 hours after we’d left it, older, more tired, but luckier and happier. 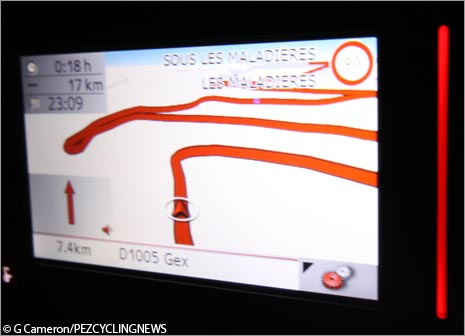 I feel like we were blessed last night. Franзoise and her family took care of us, total strangers, and gave us a glimpse of the true France. 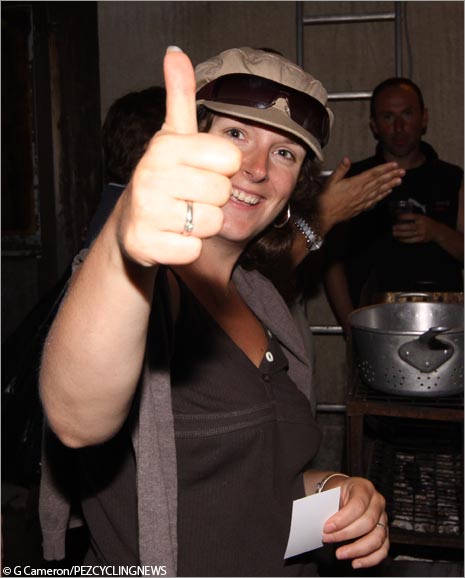