Ah what a finale, unbelievable. I’m not his greatest fan but Mark Cavendish, brilliant, four in four on the Champs and in the Rainbow Jersey too. It just topped it all off for Sky. An incredible team effort. But what about this race as a whole?

“Boring,” murmur the detractors. “Where’s the soul at Sky?” grumble the naysayers. “I didn’t know Indurain had come out of retirement!” cock-a-hoop the supposedly witty.

Are you kidding me? I’m annoyed with all this rubbish. We’ve been calling for cleaner racing for almost two decades now and here we arrive at a point where the top level is cleaner than in two generations, where avowedly anti-doping riders are winning big races (believe them or not, at least they’re saying it), young guys with obvious natural talent are delivering money shots in the faces of the ‘Old Guard’ (love that euphemism, much more polite than ‘Raggedy Bunch of Dope Fiends’), and you can actually see the pain on the faces of the riders. 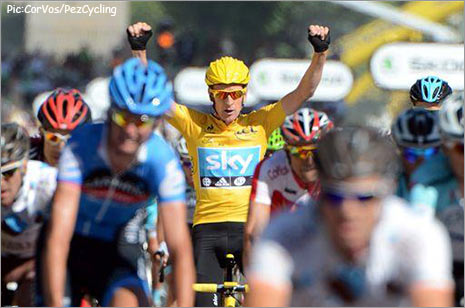 Now before I get a barrage of abuse for writing that the Tour is clean, let me state that I don’t believe that and didn’t write that. It’s just cleaner. The cleanest in 20 years. I’d also say that the majority would be doping as before if they could, and that those who truly believe that the Magic Syringe is an evil are in the minority.

Those that are doping are micro-doping, and those that have been busted before aren’t on what they were, and if the Garmin and Sky lot are actually dabbling in a systematic way, well, it’d be time for us to take our weary and battered bike-racing-loving hearts out to the fields and shoot them. 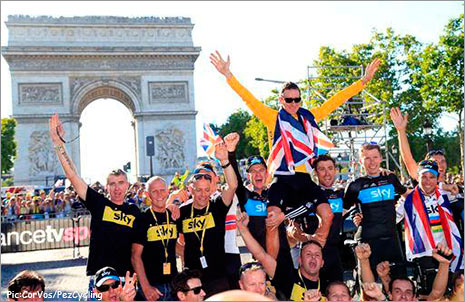 Brad Wiggins wrote an impassioned article for the English newspaper The Guardian last week, entitled ‘I Would Never Dope Because It Would Cost Me Everything’. It’s an unprecedented statement from a rider who’s in Yellow, and written during the Tour. (I don’t know Wiggo and would never be able to say 100% that he’s clean, but I do respect the effort he puts in to make his case.)

‘The Lanky Mod doth protest too much, methinks’, Shakespeare almost wrote, but this man is, like Evans and Hesjedal, a very, very, very good bike rider. Unspectacular? Yes. But boring? From track world champion to Tour de France champion? Wins the Tour, the hardest race in the world, and makes history as the first ever English or British winner? Has to fight and struggle on key stages to hang with his teammate, as every day different top GC contenders fail and fall away? 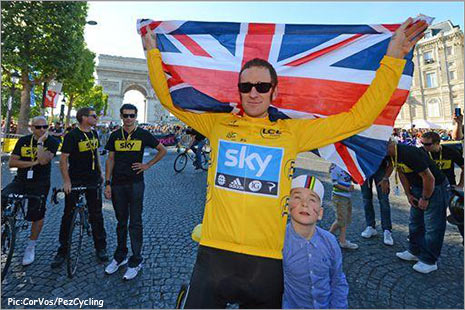 You know what is truly boring? All my questions? No! (Well, maybe…) What must be truly grinding is the hours and hours and hours of training that he has been putting in since 2009, when he first decided that he might just have a crack at stage racing, seriously. The hundreds, thousands of hours that took a big pursuiter from dominance in short time trials to a Grand Tour winner. And let’s not forget, he also won the Dauphine and Paris-Nice this year, something even Eddy Merckx never achieved.

There was a telling interview with one of Wiggins’ technical guys where he said that, after big time trials in other Grand Tours where he didn’t win the stage, they sat down to analyze his output data and couldn’t work out why he hadn’t won. If the UCI or the teams would embrace a complete transparency policy and release each rider’s entire year’s worth of data, from training to racing, we might better comprehend what was, and is, going on. 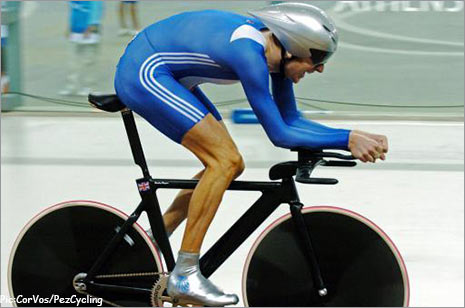 Wiggins during his gold medal winning pursuit ride at the Athens Olympics – EIGHT years ago.

So Wiggins is like Indurain, boring because he wins TTs and grinds it in the mountains. We are talking about a natural pursuiter who has transformed himself into a Grand Tour winner. He’s taken a raw base power ability and pummeled that into a boney-arsed shape that allows him to hang on to the best climbers in the world, and has done it with a team that has been near-flawless. If you think that’s boring, you’re never going to truly comprehend what that takes, nor what you’re seeing in these huge races.

We’ve been brought up on epic rides, tireless climbing, huge, momentous attacks in the high mountains. Yet if we want the sport to be cleaner those things are mostly a thing of the past.

Yet we’ve still been treated to brilliant rides, starting with Wiggins and Froome, on to Nibali at times, Cavendish two days ago and today, Pinot, Voeckler, Van Garderen and even from others like Porte and Boasson Hagen, and the unheralded Kessiakoff. 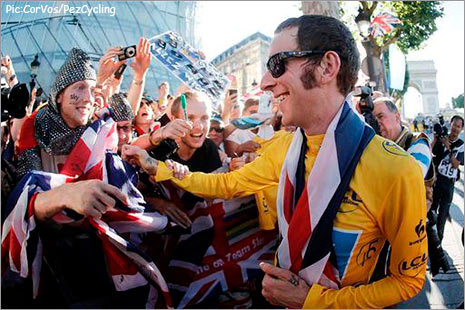 You say potatoes, I say a largely uncelebrated, starchy, tuberous crop from the perennial Solanum tuberosum of the Solanaceae family that can be diced and sliced and mashed into a variety of forms. You say tomato, I say Solanum lycopersicum, that originated in South America and spread around the world as a result of Spain’s colonisation of the Americas.

It’s not simply a matter of pronunciation, more a matter of perspective. Boring? Go watch Pantani on YouTube then and relive those halcyon days…

Lee Rodgers leads a double life as a pro racer for UCI Continental team CCN, racing the UCI Asia Tour as well as some European events, whilst moonlighting to pay the rent as a freelance journalist. Highlight of his cycling career has been winning the Singapore National Champs, both road race and the TT, as well as claiming the Green Jersey at the 2.1 Tour de Taiwan this year, and naturally, writing for PEZ. His writing has appeared in several magazines and websites and he’ll work for food, so long as it’s full of high-quality carbs… and for Belgian beer, he informs us.