Light-years behind the records of Eddy Merckx and nowhere as famous as the three other five-time winners of the Tour de France, Jacques Anquetil, Bernard Hinault and Miguel Indurain, a total of 67 riders have worn the yellow jersey for just one day (or even less) in their careers and exemplified the pursuit of excellence from a humble start. Back in 1971, Dutchman Marinus Wagtmans took the yellow jersey from his leader Eddy Merckx without even realising… but only for a third of a stage! 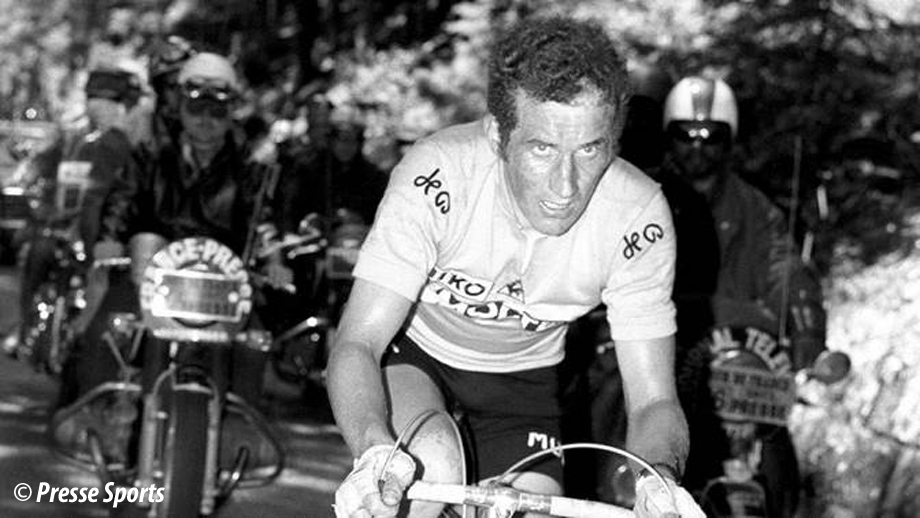 It was 1971 and Merckx Mania was in full swing. The two-time winner and defending champion of the Tour de France had (again) won Milan–San Remo and Liège–Bastogne–Liège in the early season, as well as strengthening his team with several super-domestiques. Eddy Merckx’s new team, Molteni, had recruited 1968 Tour runner-up Herman Van Springel as well as Marinus Wagtmans, who had finished sixth in 1969 and fifth in 1970. Even with Luis Ocaña’s dominant performance in the Critérium du Dauphiné a few weeks before, these star signings further dimmed the competition’s already faint hopes of toppling the Cannibal from the throne. The Italian-Belgian outfit struck with overwhelming force from the opening team time trial, putting Merckx in yellow from the start.

The next stage dabbled with a peculiar formula due to the influence of sports politics related to the Regio* bid to organise the first European Games. It was agreed to hold three partial stages on the same day, with finishes in Basel (Switzerland), Freiburg (Germany) and Mulhouse (France). Even though this stage race within a stage tested the patience of the peloton, the riders started the triple challenge almost at the crack of dawn. There was no doubt that Éric Leman had won the first sector in a sprint, but the overall lead had to be decided on countback… with Marinus Wagtmans coming ahead of the rest of the Molteni riders without even realising.

“Rini” began the 90 km romp from Basel to Freiburg clad in yellow, but the Cannibal remained as voracious as ever despite racing for the same team, and he pounced on a “Miko hotspot” just 7 km into the stage to claim a five-second time bonus. Merckx continued to widen the gap all the way to the finish line, stripping Wagtmans of the yellow jersey after only 2 h 29′31″. However, the Dutchman does not hold the record for the shortest stint in yellow, as several riders have only got to wear it in a time trial. Philippe Gilbert has been the most ephemeral leader so far, keeping the coveted garment for just over 25 minutes in the Les Essarts team time trial at the beginning of the 2011 Tour. After this golden experience, Wagtmans went on to win the stage to Nancy and finish the 1971 Tour in 16th place overall… at a respectable distance from Eddy!