A Day in Yellow: Max Bulla

Light-years behind the records of Eddy Merckx and nowhere near as famous as the three other five-time winners of the Tour de France, Jacques Anquetil, Bernard Hinault and Miguel Indurain, a total of 67 riders have worn the yellow jersey for just one day (or even less) in their careers and exemplified the pursuit of excellence from a humble start. In the 1931 Tour, Max Bulla snatched the overall lead at the end of stage 2, becoming the first — and only — touriste-routier to get his hands on the coveted yellow jersey. A monster performance. 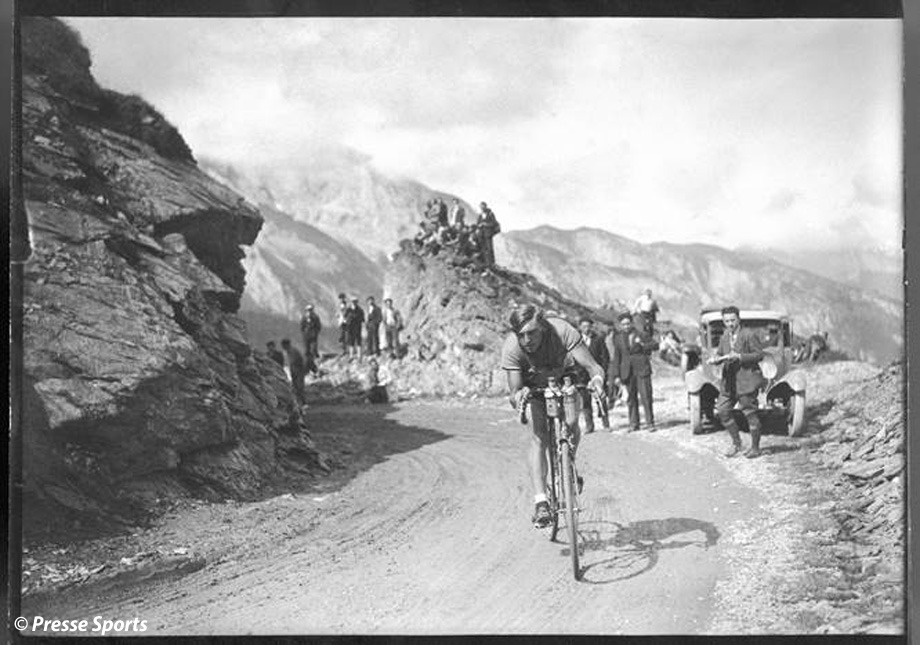 Back then, the Tour had “aces”… and touristes-routiers (“tourists of the road”). Just the names of these categories speak volumes about the low opinion people had of these unglamorous cyclists, who were only invited to the Grande Boucle to make up the numbers but still represented about half of the peloton at the start of the 1931 edition. As well as being excluded from national teams, these riders received no mechanical support and had to settle for participating in the Tour with little hope of shining at the front. While most of these “individual” competitors were indeed a step or two below the champions, the main reason Max Bulla had to race in this category was that his country, Austria, lacked enough riders to field a team capable of rubbing shoulders with the elite.

The rouleur from Vienna had already shown his talent in the 1930 Deutschland Tour, as well as proving to be a serious contender in the 1929 Worlds until an ill-fated choice of gear left him unable to follow Ronsse and Binda. Despite these top-notch performances, Bulla started the second stage of the 1931 Tour in Caen as part of the “shadow peloton”, which was furthermore required to start 10 minutes after the stars to avoid getting in the way of the big men. However, the three strongest and bravest touristes-routiers managed to come close enough to the first peloton to post the fastest times at the finish in Dinan. Their performance catapulted Max Bulla from Austria, René Bernard from Paris and Adrien Van Vierst from Reims to the top of the general classification, with Bulla clad in yellow at the end of the day.

The next day, Henri Desgrange, who again poured scorn on the prima donnas in his column in L’Auto, had nothing but praise for Bulla: “We had the opportunity to follow Bulla throughout his endeavor. This harmonious lad who stays balanced and well seated on his saddle without letting his effort spoil the beauty of his movements looks like a real class act. He may not speak a single word of French, but his lithe figure and eyes sparkling with ingenuity, if not intelligence, leave nothing to be said. His unwavering cordiality, with a cheerful demeanor like Leducq’s, completes the delightful appearance of the new wearer of the yellow jersey.” However, even the alluring maillot jaune did not save Bulla from having to start the next stage to Brest with the other touristes-routiers. The Austrian was unable to repeat the exploit of the previous day and slipped down the general classification. He went on to claim another two stages and finish the Tour in 15th place overall, first among the “individual” riders. 84 years later, Austria has yet to see another one of its cyclists in yellow in the Tour.

A Day in Yellow: Amédée Fournier