The last pedal strokes took the Tour peloton across the Champs Élysées finish line on Sunday thus ending another French Grand Tour. Lee Rodgers has followed the ups and the downs of the battle for yellow and here is how he sums up the 2015 Tour de France in his unique style.

Nairo Quintana gave it his all, let there be no doubt about that. He should one day with this race but he’ll probably never have such a perfect route for his particular abilities again, with so few time trial kilometers and such a mountainous final week, but despite his valiant efforts the race belongs to Chris Froome. 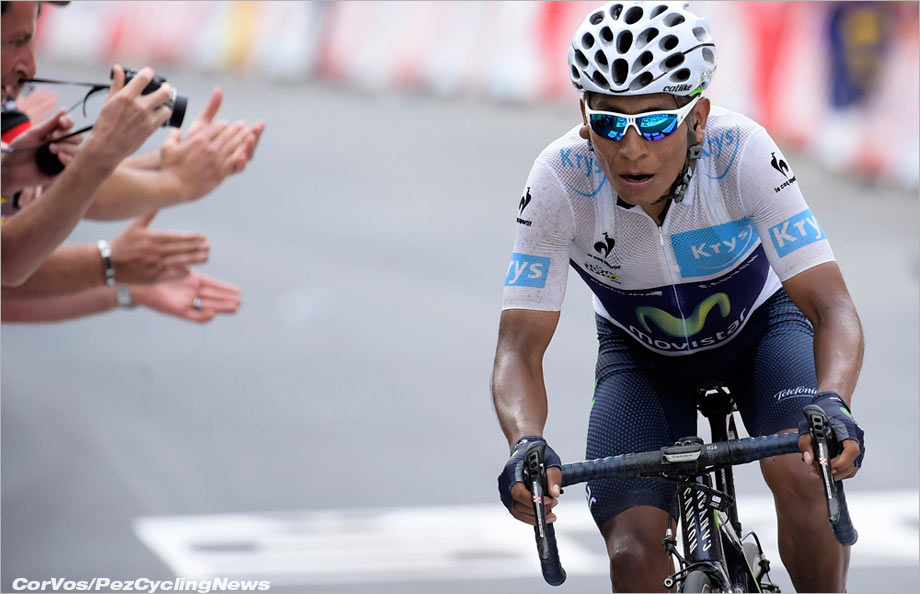 Valverde’s unselfish riding on Stage 20 was something of a surprise, as he played the team mate role to perfection. Movistar might have had the strongest pairing but neither were equal to Froome over the entire course of the race, yet you can’t help but feel that Quintana will be walking away from Paris feeling like he should have arrived at the race better prepared to handle the Pyrenees, where Froome delivered the blows that won him the Tour.

Watching Quintana fly up l’Alpe d’Huez brought back memories of those Colombian whippersnappers in the 80s who did the same, but you could almost hear him wishing for ten extra hairpins to climb for the day. Could he have attacked earlier than half way up the Col de la Croix du Fer? It’s easy enough to sit on the sofa and bemoan the fact he didn’t, but you knew he’d never get a gap of 2.38 on the Kenyan-born Englishman when they arrived at l’Alpe d’Huez side by side. 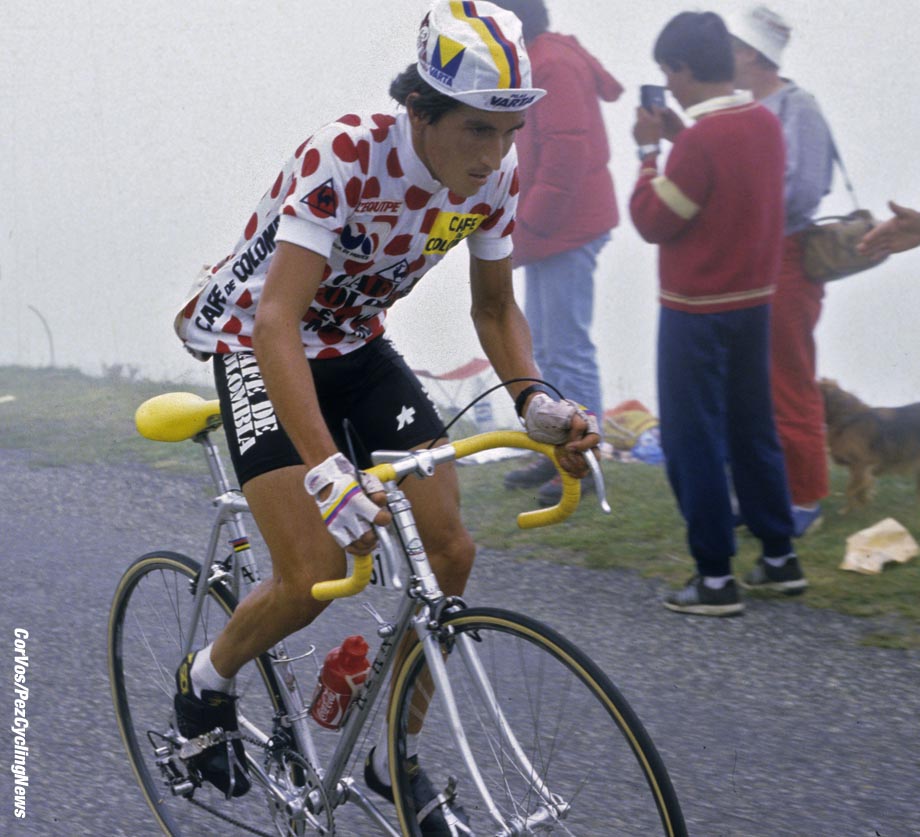 Chris Froome will walk away from the 2015 Tour with a lasting resentment for those who hurled bodily fluids at him and the pressure that he faced from the media, though he showed that within that calm exterior he has nerves of steel.

You can argue that Sky must bear a great deal of the responsibility for the hostility that comes their way and it’s impossible to deny that many questions have been flying around with regard to their collective power, but I have to tip my hat to Froome’s mental strength. You can train the body as much as you like but mental toughness is something else altogether. The siege mentality kicked in for Sky as a whole, with Dave Brailsford getting prickly with reporters and Geraint Thomas expressing his displeasure with all that has been going on too. 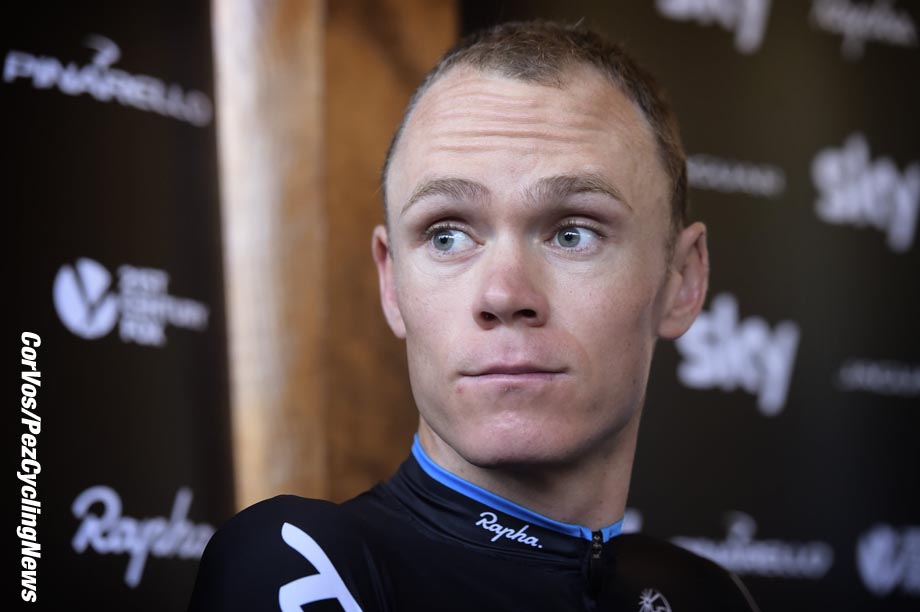 Froome gave a revealing interview at the end of the stage, opening up about the competing emotions he was having to deal with. “I can’t quite come to terms with [winning] just yet,” he said. “So many emotions were going through my mind on the way up the final climb but having my teammates with me it was just… the thoughts of all the sacrifices and the time away from my wife and all kind of things go through your head, but I just had to keep pushing and get to the end. It was only 110km but it felt like 300. It’s unreal [to win two Tours] but it is an unbelievable feeling to be sitting here still wearing this jersey.”

Team Sky rode a perfect race in fact, something Nicolas Roche spoke about after Stage 20. “We shared the load very well and really took care of each other,” he said. “Poels had bad days but was great today, Porte suffered so we took over from him then he came back and was great today.”

Roche also spoke about the intense pressures that the team riders have to face when working to defend their leader and the race lead. “It’s a lot of stress and responsibility with coming down the hill at 70km/hr and you have Froome behind you and you could mess up and ruin all the hard work and preparation [to get into Yellow], or in the feed-zone when you grab a bag and are thinking ‘Where’s Froome?’ so yes it’s a lot of pressure.” 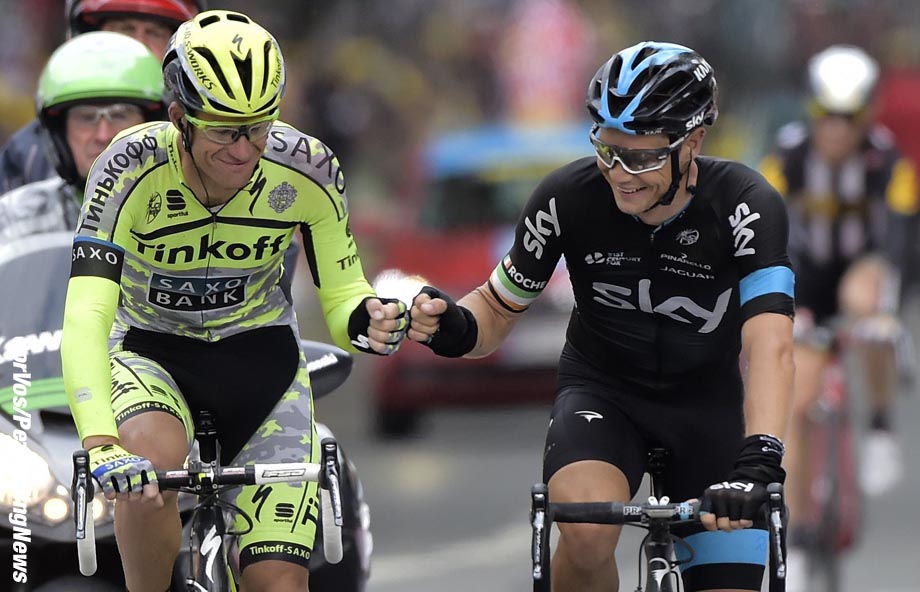 Add on to that a massive controversy about leaked power data and some aggressive spectators by the road and no matter what you may think of Sky, they didn’t put a foot wrong in the whole three weeks.

How though will time judge the 2015 Tour de France? Will those in positions of power and influence recognise that the worth of the greatest race on earth has become seriously devalued, or will it be a case of business as usual? 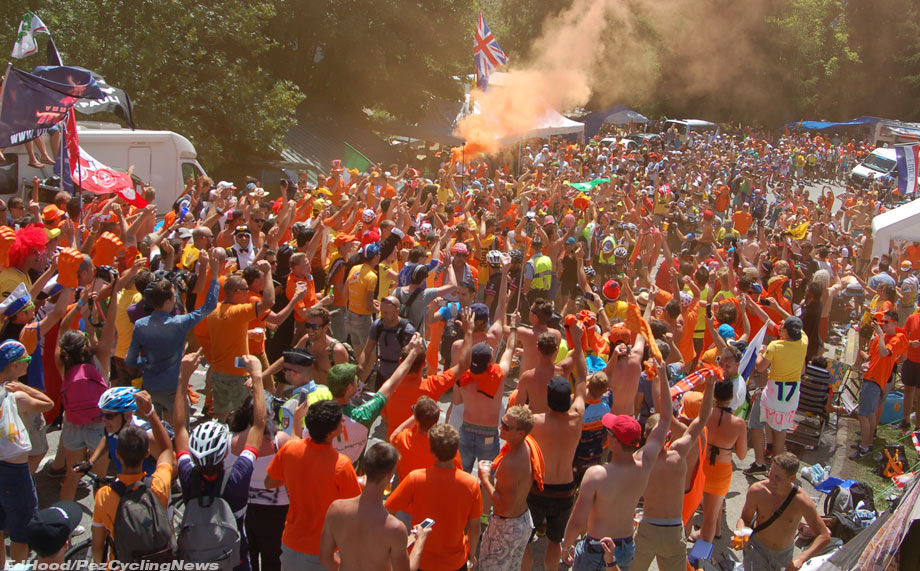 The Tour is still popular, but is this what it will be like in the future?

We often hear the words ‘watershed moment’ with regard to the sport we love and the issue of doping but that phrase makes no sense anymore as we’ve all been here before. I’m pretty sure you can’t have multiple ‘watersheds moments’ but cycling has had a bucket full. Will the furore this Tour kicked up force teams and the UCI to seriously work towards greater transparency? Will the issue of former dopers being in management be tackled?

I for one won’t be holding my breath on all this. As ever the race will go on, the wheels will turn and someone will win.

Thibaut Pinot was the man on Stage 20 as he put his frustrations behind him and cheered up many a French person by claiming victory, calling the Tour a “crazy up and down” event for him, saying he had “been very high and very low,” alluding of course to both his frustrations earlier in the race with a mechanical that propelled him to a very public sulk, and to patchy form that saw him fall from podium contention early on. 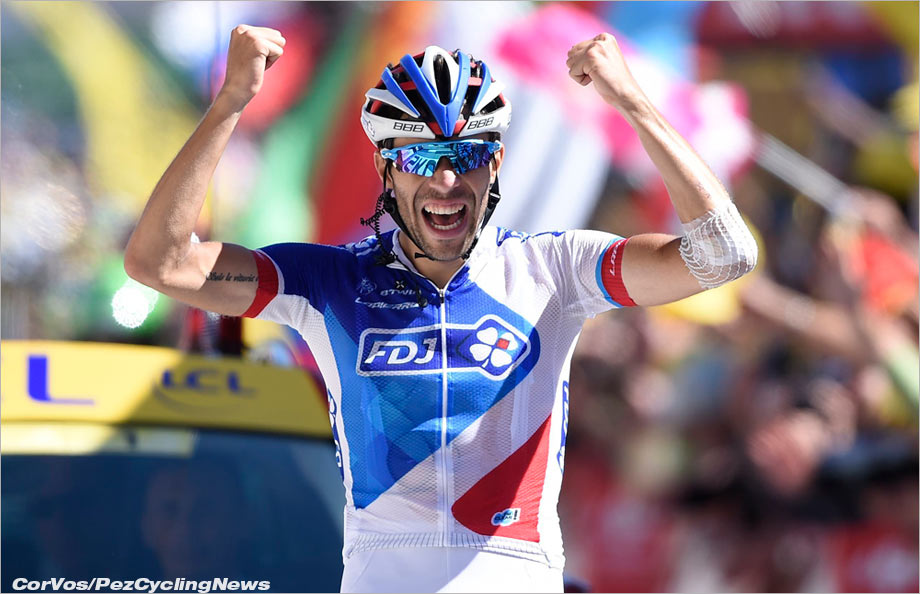 Thibaut Pinot; an up and down sort of a Tour

When the interviewer asked him whether he’d prefer to win a stage or to finish higher up the GC, as he did last year, the Frenchman didn’t pause to think. “To win this stage is very special,” he said, praise of course for the iconic mountain that is l’Alpe d’Huez. “It’s very special for a Frenchman. This is my second victory at the Tour but it’s l’Alpe d’Huez, it’s a very special victory.”

And so here we are, the grand finale on the Champs with André Greipel taking the sprint, all that is left is to look forward to next year, will things be just the same?