Roadside Stage 6: PEZ welcomes a new face to our patented roadside coverage – Australian photog Marcus Enno (aka Beardy McBeard) is on an ambitious plan to cover every stage from start to finish, and capture as much of le Tour as his lens and the gendarmes will allow. Here’s a big look at his day from Abbeville to Le Havre.

– Photos and Words by Marcus Enno –

After one day on the cobbles followed by another of heavy rain, the Beardy mobile wasn’t looking so great. Luckily, we discovered one advantage to staying out of town – there was a car wash opposite our AirBnB. 2 euro and 4 minutes later the car was gleaming.

We arrived at the press parking and noticed two suspicious characters peering in car windows. Mrs Mcbeard decided to mind the car as the last thing we wanted at this point was for our freshly shiny car to be broken into.

With our overly ambitious activities yesterday having cost us the finish, we decided that a more conservative 3 spots would have to do.

After a couple of images at the start we set course for the coastline near Dieppe. I tried my luck shooting spectators from the car window as we drove past. 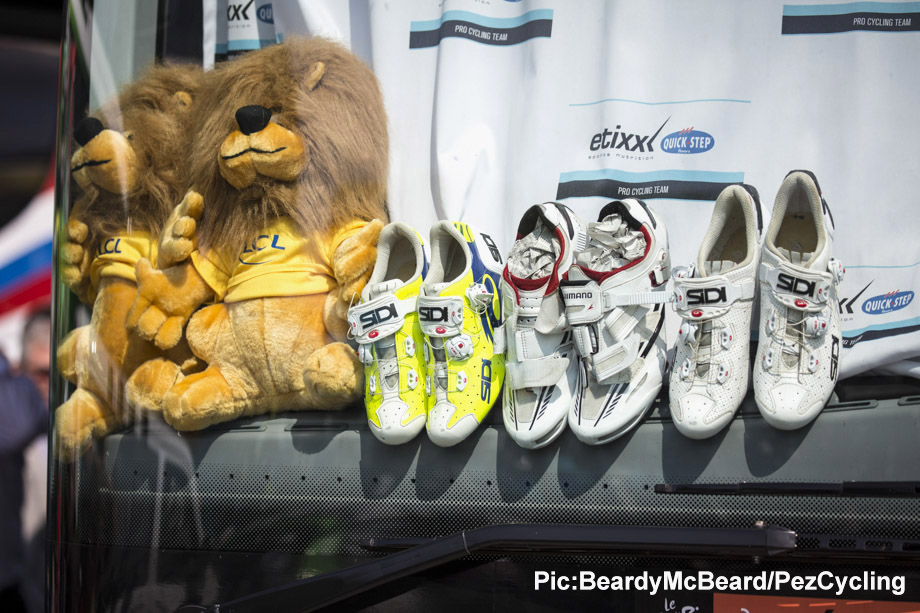 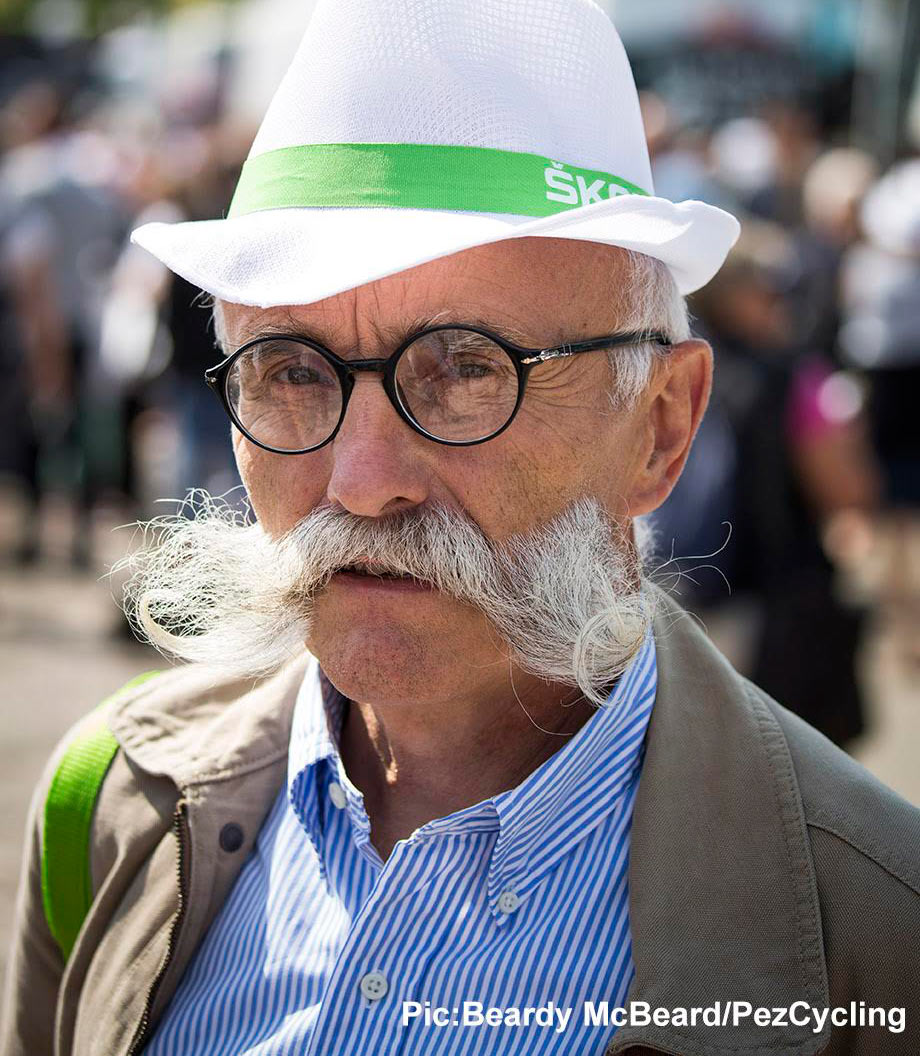 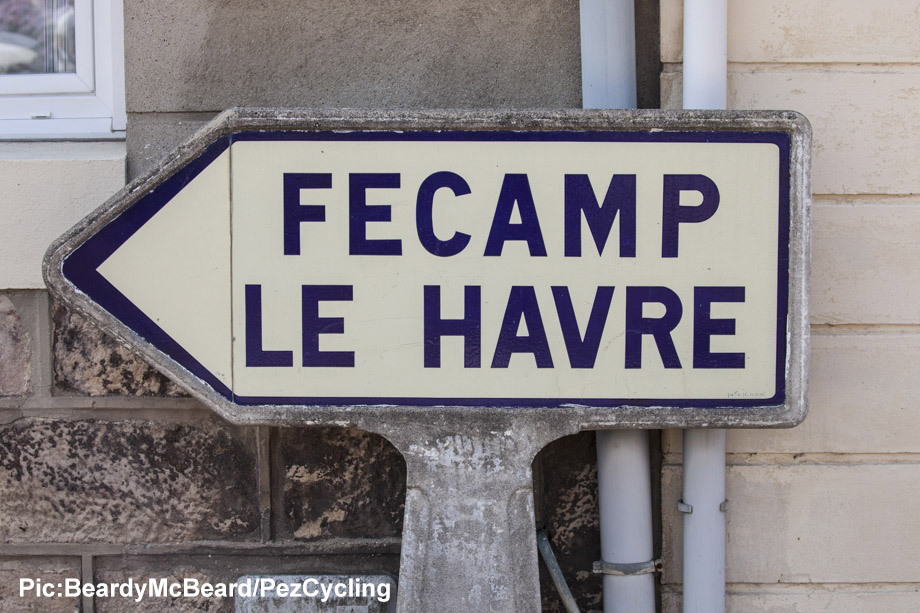 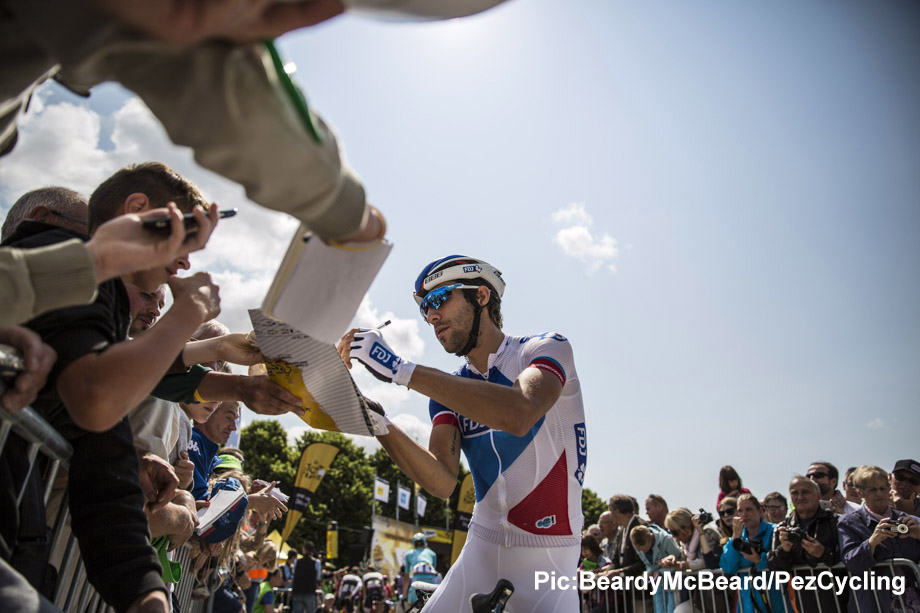 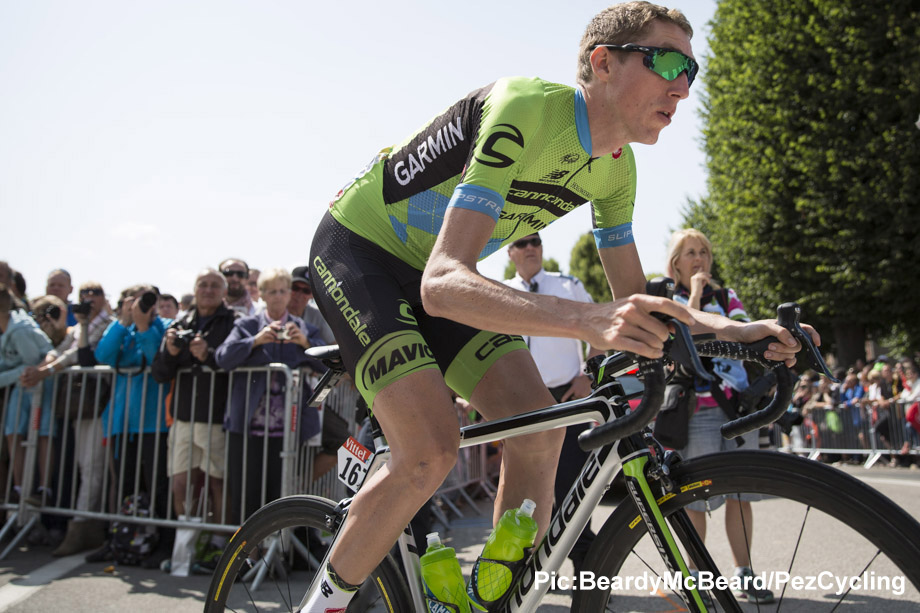 As we arrived in Dieppe the view of the ocean and sea cliffs was a welcome sight.

There was already a pack of photographers assembling on a corner so we made the decision to check out the next section of road instead, as it followed the coastline.

This turned out to be the wrong choice and we had to settle for some images in the seaside town of St Valery en Caux.

There was a bridge across the marina where I could get a decent shot, but the Gendarme had other ideas. ‘No one’s allowed on the bridge’ I was told. I tried to reason, beg and bargain – but it was impossible.

I paced up and down the main street looking for a good angle but there was just no way I could get up high enough to get the water and the road in the same shot.

The best solution I could find was to stand on a bollard and hold the camera up as high as possible, keep my balance, and hope for the best. Freestyling.

The breakaway came into sight as I snapped away. 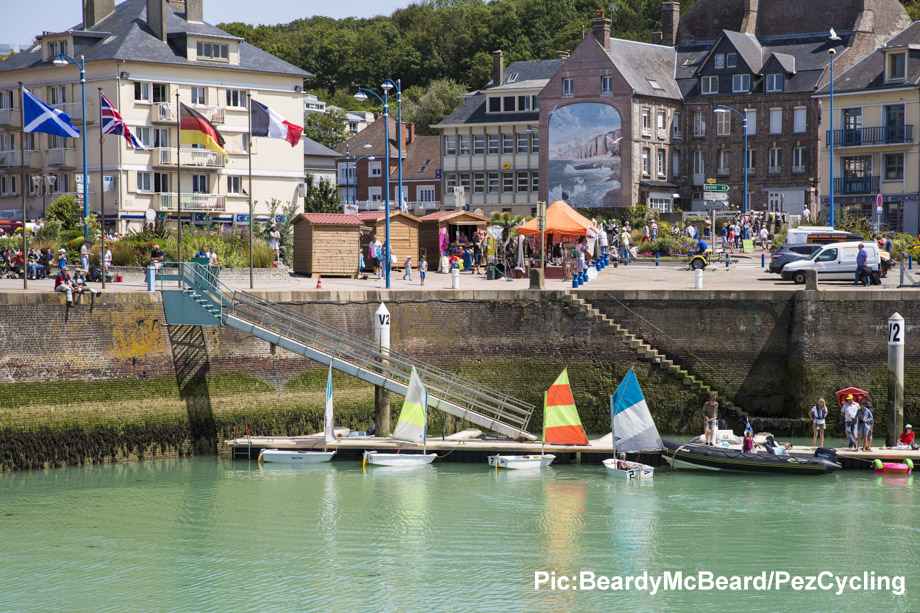 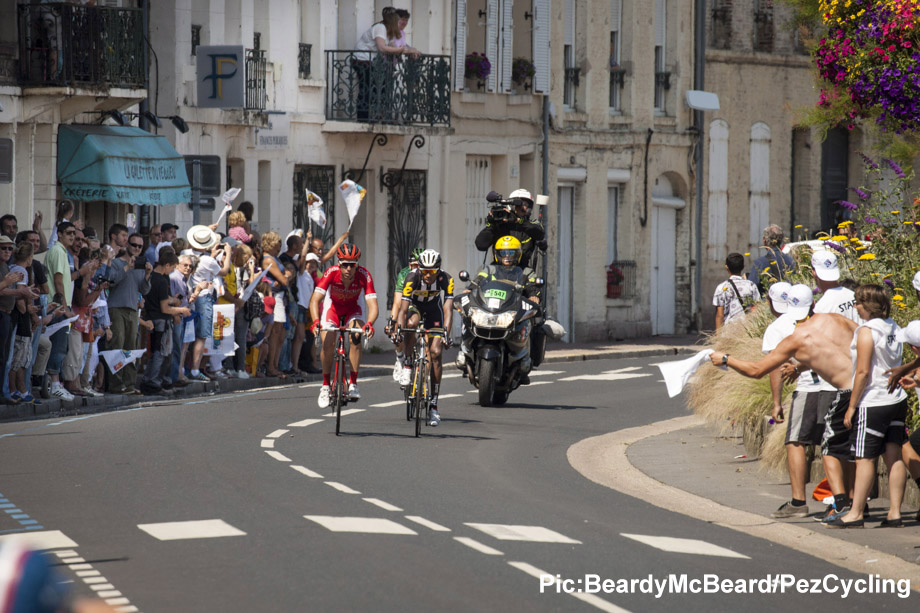 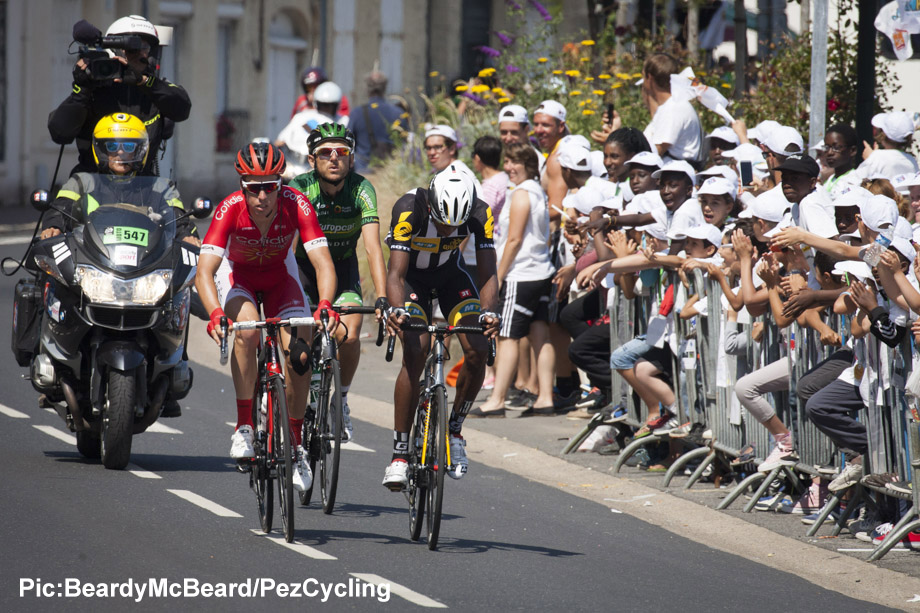 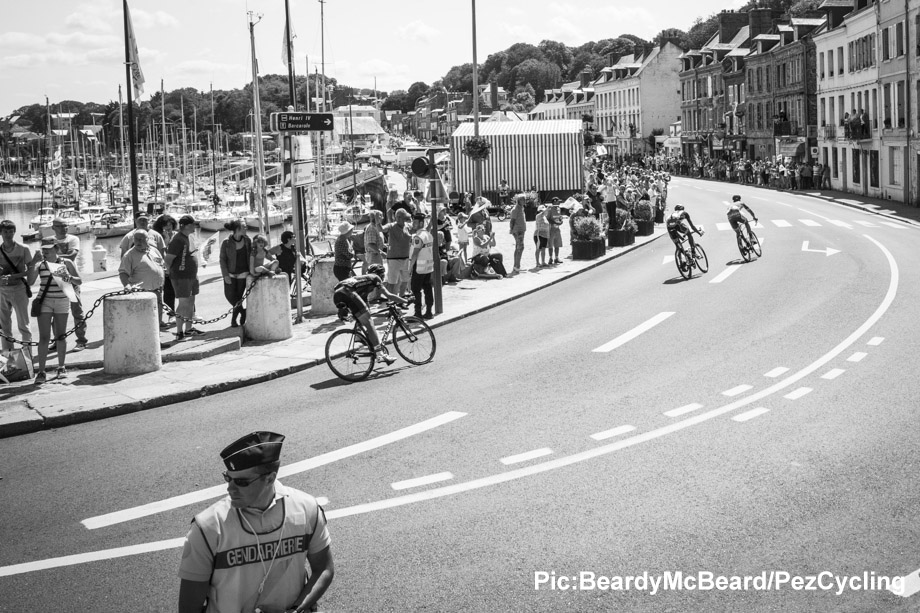 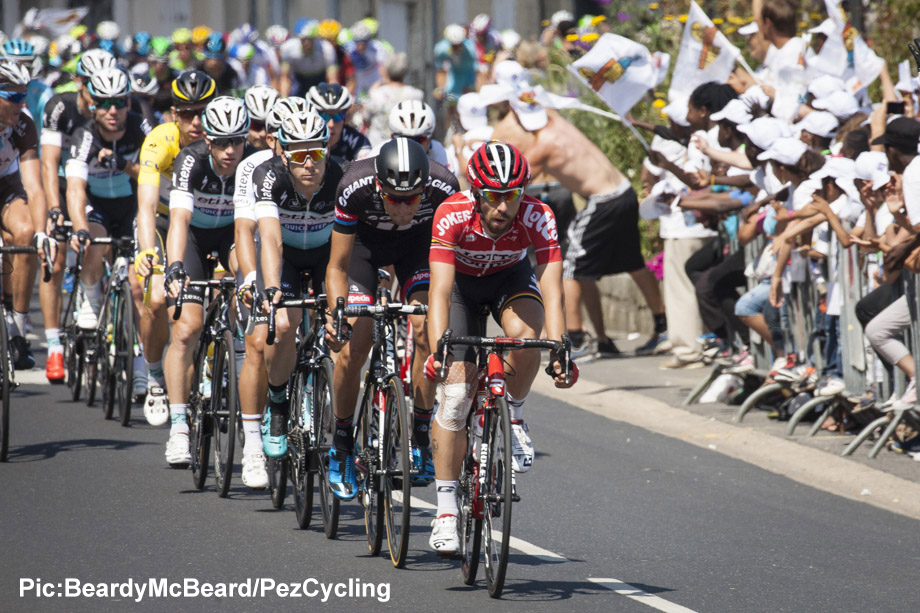 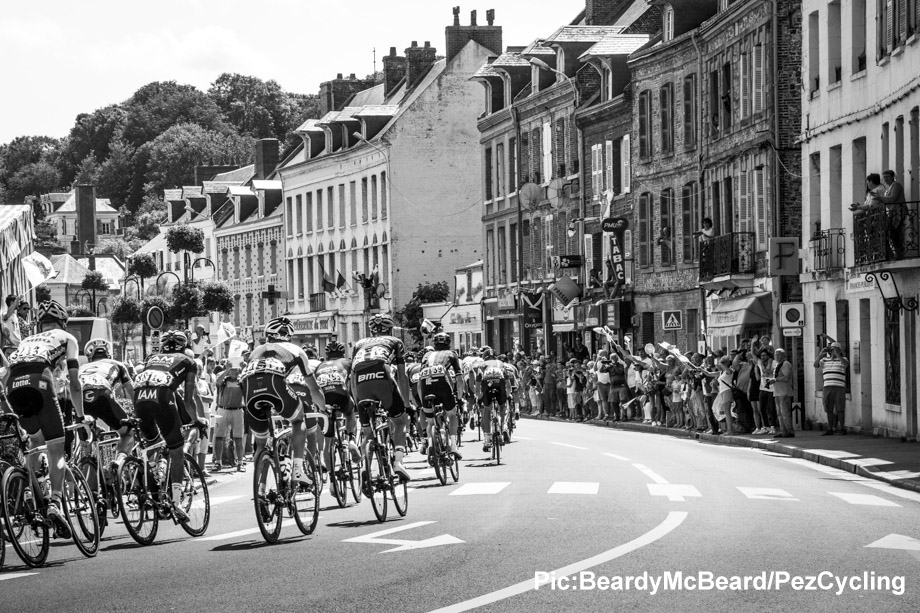 Happy with the results I moved on to get a different angle of the peloton just as 3 photographers on motorbikes pulled up and called out to a person in one of the second story windows.

They had a brief discussion in French before the door buzzed open and up they went.

I still have a lot to learn in this game and I noted this party trick down for next time I’m stuck for an angle. 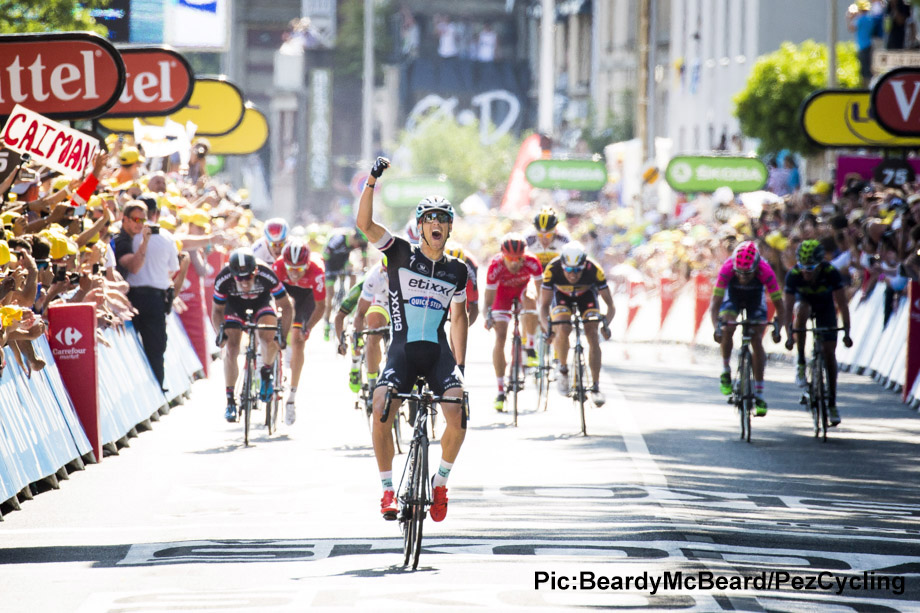 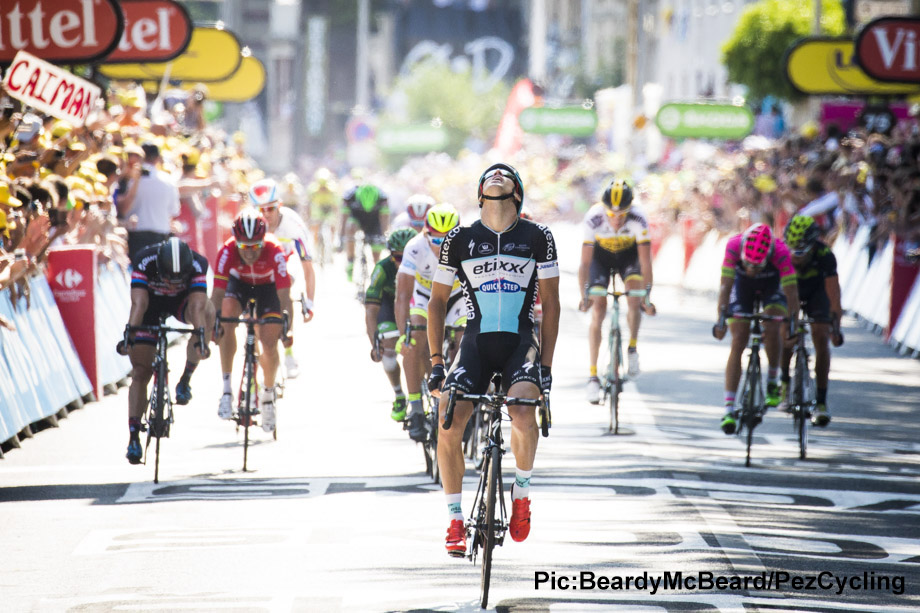 Once the last rider had passed it was time to chase them to the finish again – and hopefully we’d win this time.

The GPS had calculated the time and when we cross-referenced it with the road book the arrival time was the same.

How could that be? I checked Tour Tracker and the average speed was much slower than predicted so we were a chance to make it.

Arriving at the edge of the race course the entry was still open. We made it – a huge relief.

I went to claim my position in the photographer pack and got the shot of Zdenek Stybar coming across the line.

Getting another post-raceshot of Stybar was difficult as the media scrum surrounding him was like a mosh pit. 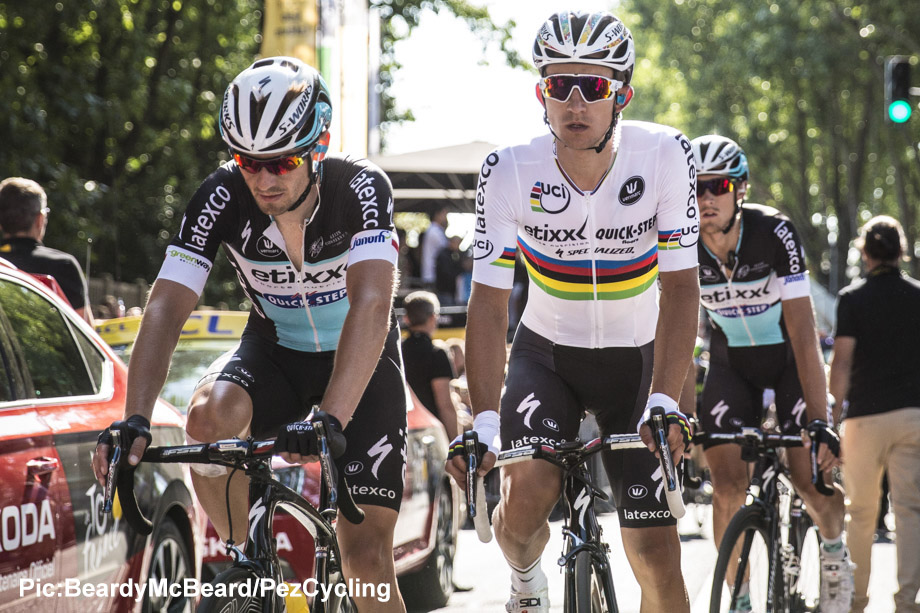 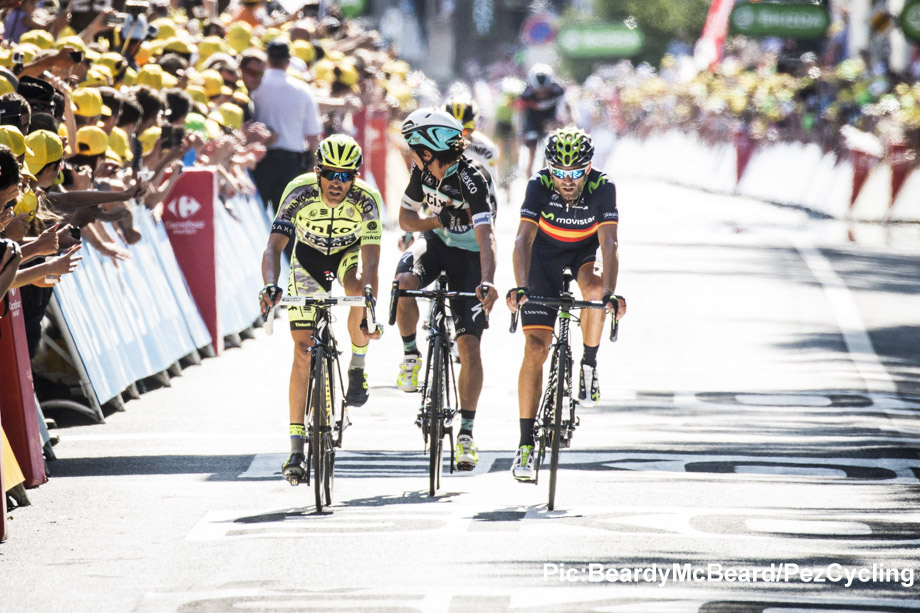 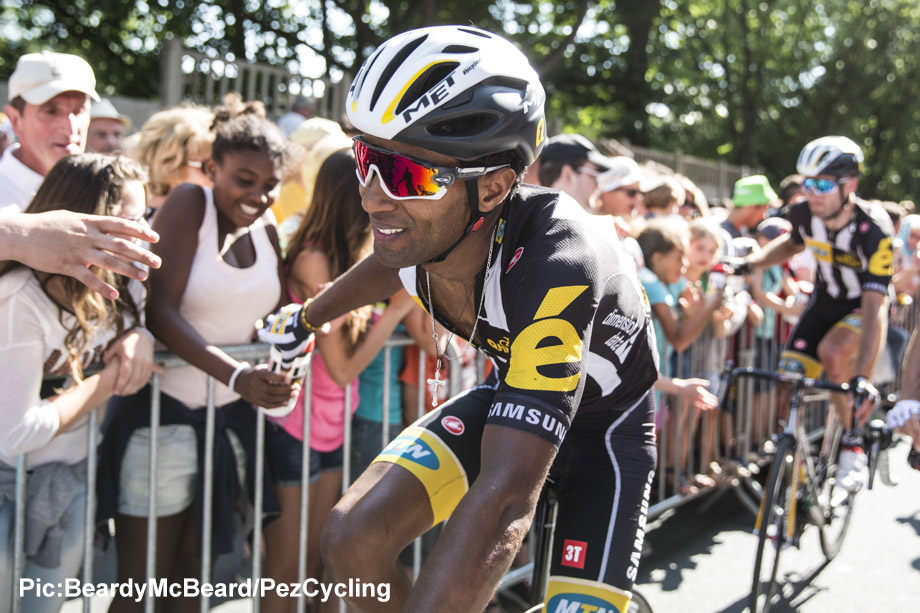 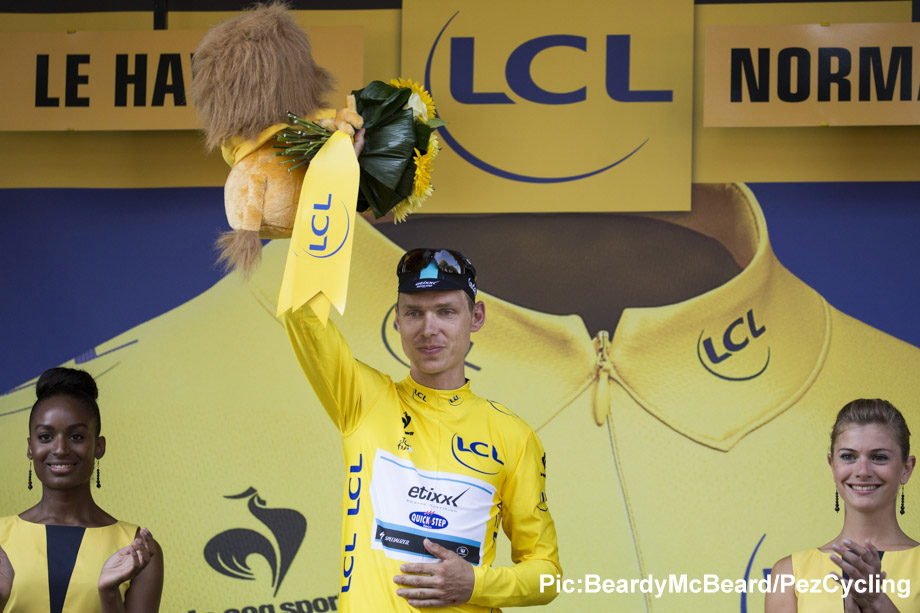 I escaped without being pushed over and headed straight to the podium.

When Tony Martin came out gingerly holding his arm it didn’t look good. He went down in a crash just 800 metres from the finish and went from race leader to out of the race.

One thing about the grand tours, and everything that is involved with them, is that they are certainly unpredictable!

Police searching for man after $19,000 bicycle stolen in Moore Park