A Day in Yellow: Amédée Fournier

Light-years behind the records of Eddy Merckx and nowhere as famous as the three other five-time winners of the Tour de France, Jacques Anquetil, Bernard Hinault and Miguel Indurain, a total of 67 riders have worn the yellow jersey for just one day (or even less) in their careers and exemplified the pursuit of excellence from a humble start. In the last Tour de France before the war, surprise guest Amédée Fournier brought his experience as a track cyclist to bear to claim the first yellow jersey. 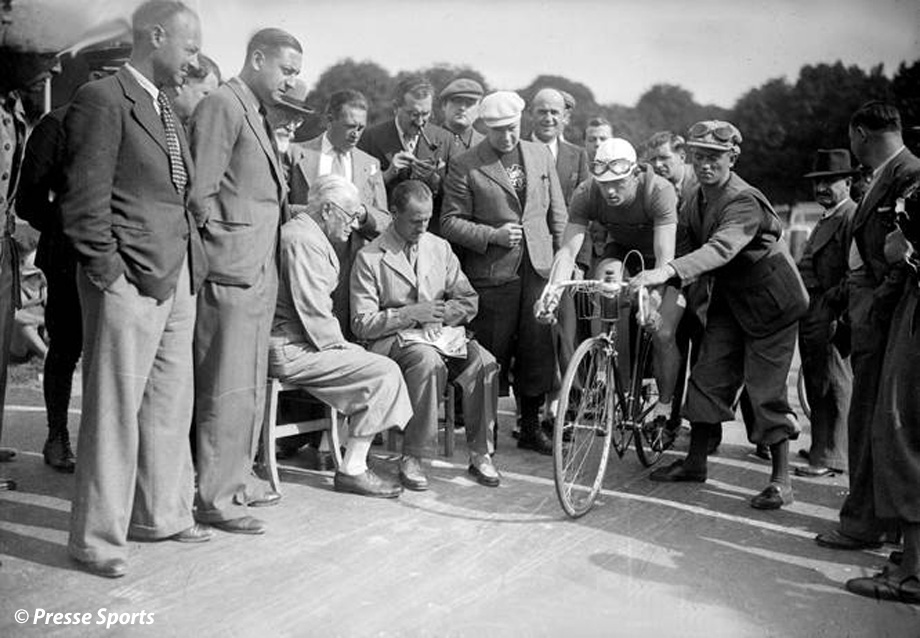 Although dark clouds loomed on the horizon as the 1939 Tour de France rolled out onto the roads, no-one even suspected it would be eight years before the peloton flocked to Paris again for the great July celebration. The French team was banking on Victor Cosson, René Vietto and Maurice Archambaud to fill the vacuum left by André Leducq and Antonin Magne. No-one had even thought of inviting Amédée Fournier to either the big national team or any of the four regional ones, but a last-minute withdrawal opened up a spot, resulting in Fournier’s hasty conscription into the blue-and-yellow North-East–Île-de-France team. It was not the first time that Amédée Fournier was going to take part, as he had already started the race as a touriste-routier in 1936, when a crash in stage 4 had left him with a broken wrist and out of the Tour.

This time round, the protégé of the newly retired Charles Pélissier went into the Tour with hunger tempered with smarts. Sparks flew in the opening stage, with riders launching one rash attack after another but going nowhere, while Fournier bode his time. “Did you, at any point during the day, see our young ‘Médoche’ chase the yellow jersey like all the bird-brained youngsters I just wrote about? Nay. He was as quiet as a mouse and thus managed to fly under the radar”, gushed Henri Desgrange in his column in L’Auto to salute his cunning strategy. Fournier had waited until the peloton was just a few kilometres from Caen to go on the offensive, joining another seven gutsy riders in a counter-attack determined to catch defending champion Romain Maes, who was chugging along on his own at the front of the race. Once in the velodrome, the track cycling medallist in the 1932 Los Angeles Olympics simply had to let his raw speed do the talking: “It was like an hallucination. I immediately realised I could be the one to start in yellow in Caen tomorrow. It was galvanising. I pushed forward like a madman and, when I looked up, I’d won”, explained Fournier as the magnitude of his exploit started to sink in at the hotel.

Brimming with confidence ahead of the time trial scheduled for the next morning, especially after pocketing a 30″ time bonus along with his stage win, the first yellow jersey of the 1939 Tour ended up yielding the lead to… Romain Maes! A few days later, Fournier plummeted down the general classification (54th), but he still managed to take another stage after a rough sprint in Nantes Velodrome. It was to be his final success in the Grande Boucle. 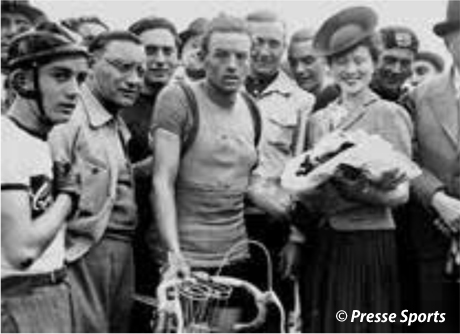 A Day in Yellow: Max Bulla

A Day in Yellow: Andrea Carrea