Roadside Rest Day: Every Tour de France Ed Hood picks the week that takes in the last rest day and we know why: The Quick-Step ‘Mussel Party’ is something he will not miss. In fact I’ve heard they won’t have it if Ed isn’t coming, or at least buy less mussels and beer. He also visited the MTN-Qhubeka and Lampre-Merida teams on his Tour ‘rest day’.

It’s a misnomer, the riders have to endure endless conversations with guys like me – and for guys like me it’s a rare opportunity to meet riders and personnel in a relaxed atmosphere. 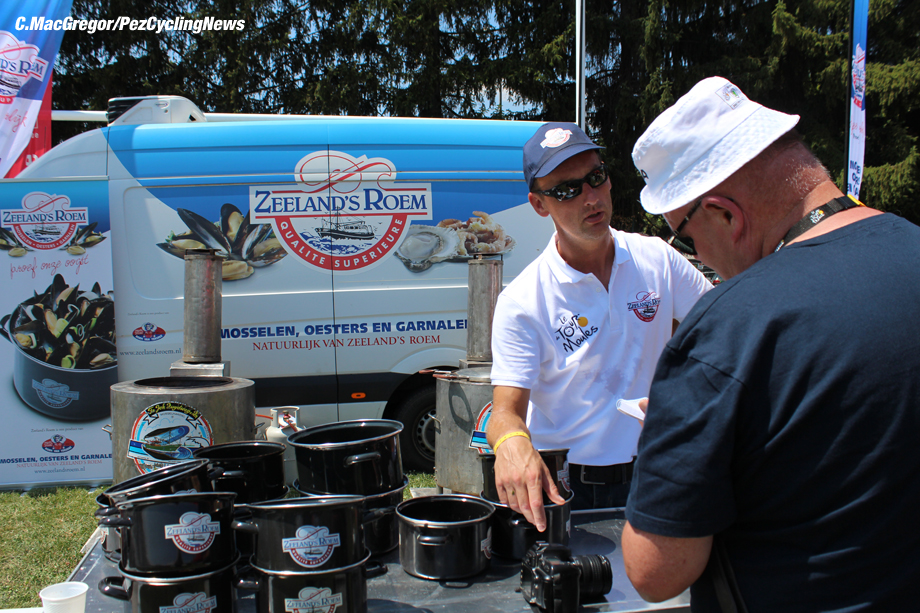 Oh yeah! – and for us to eat mussels and french fries – and drink beer.

First up we have to get from Embrun back to Gap and there’s no way you can forget that the Tour is in the area as we pass the MTN boys out for a pedal. 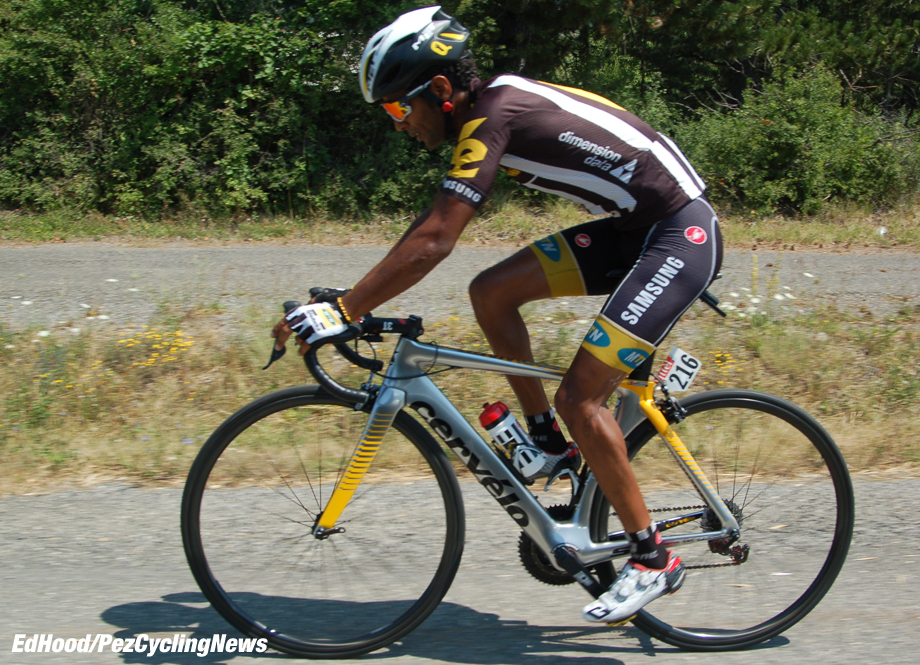 We get a smile and a wave from Kudus Ghebremedhin; it must be nice just to pedal and not have MTN main man Brian Smith screaming in your ear; ‘get with that move, man!’ 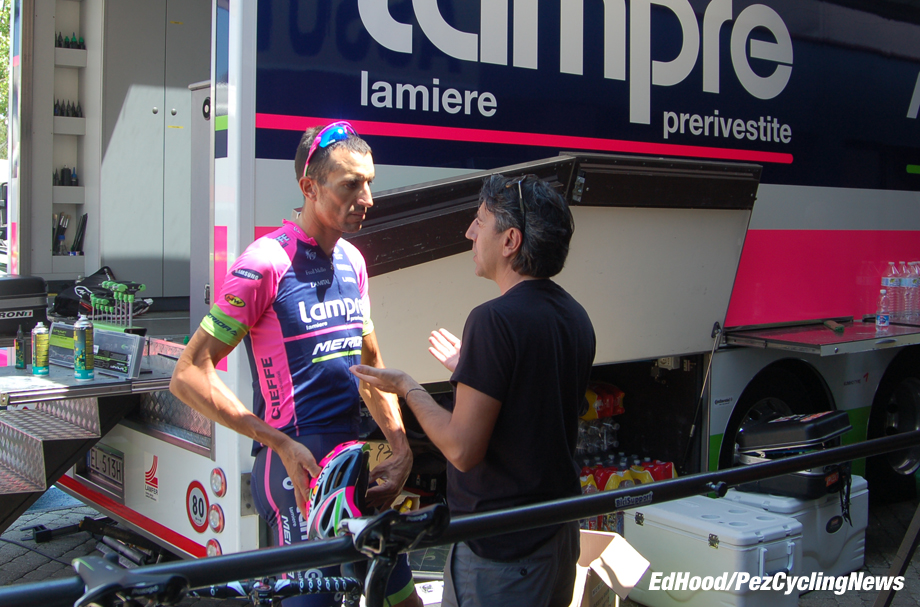 Quick-Step are bunked with Lampre and – dang me! There’s yesterday’s stage winner, Rubens Plaza; big, tall, slim, tanned – and that boy can talk. If the mechanics didn’t know how he wanted his bike before he started that rap, they do now. 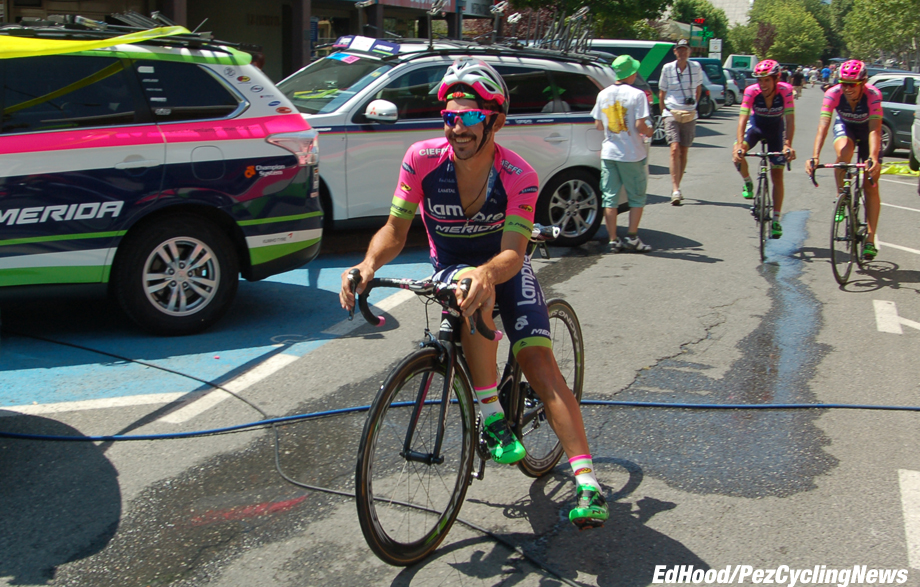 Meanwhile, Pippo and the boys are coming back from their rest day spin and it’s obvious it’s the rest day, they’re enjoying just being out on their bikes – nice to see. 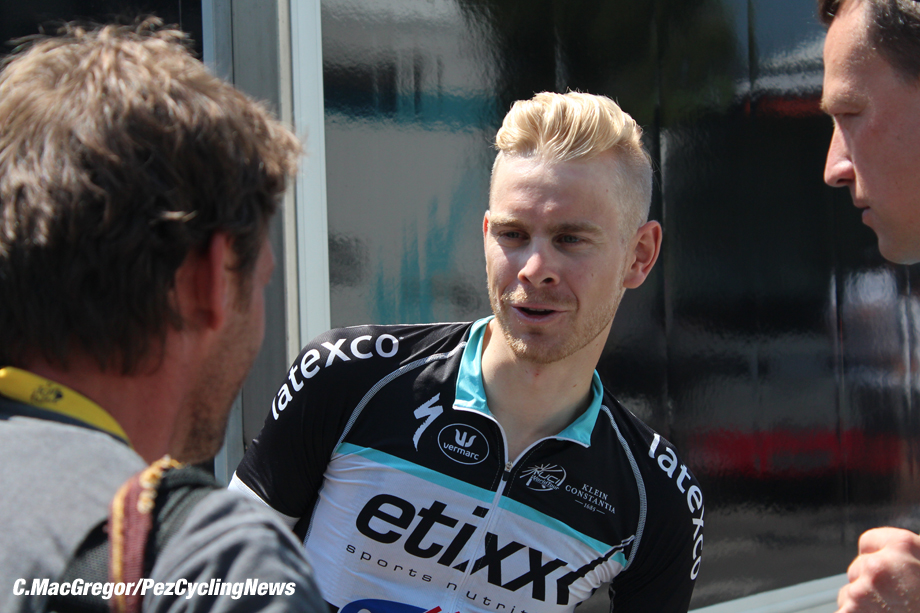 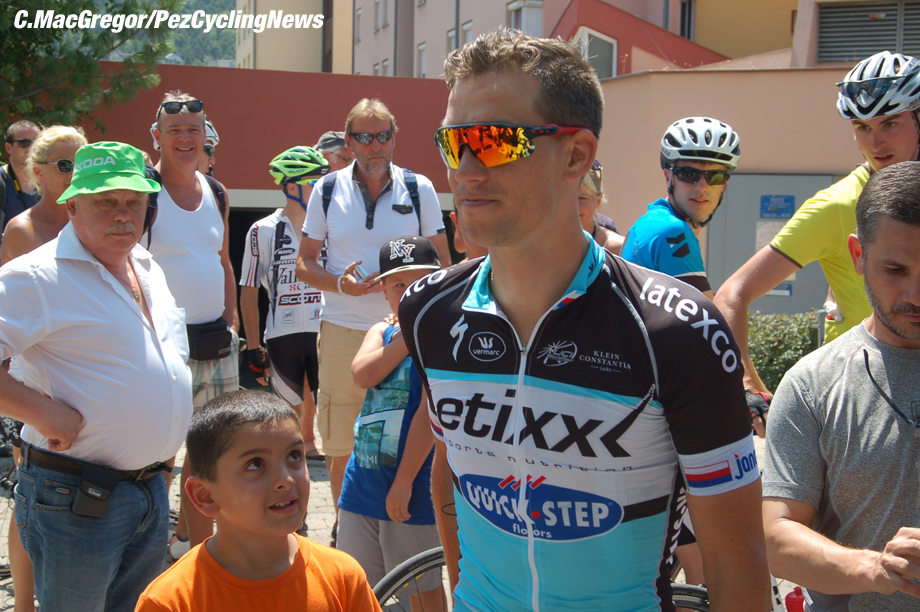 But today is mostly about Quick-Step and they’re all there; Cav, Vermote, Rigo and Stybi – who has to run the gauntlet of mobile phone picture takers before he can make the shelter of the bus. 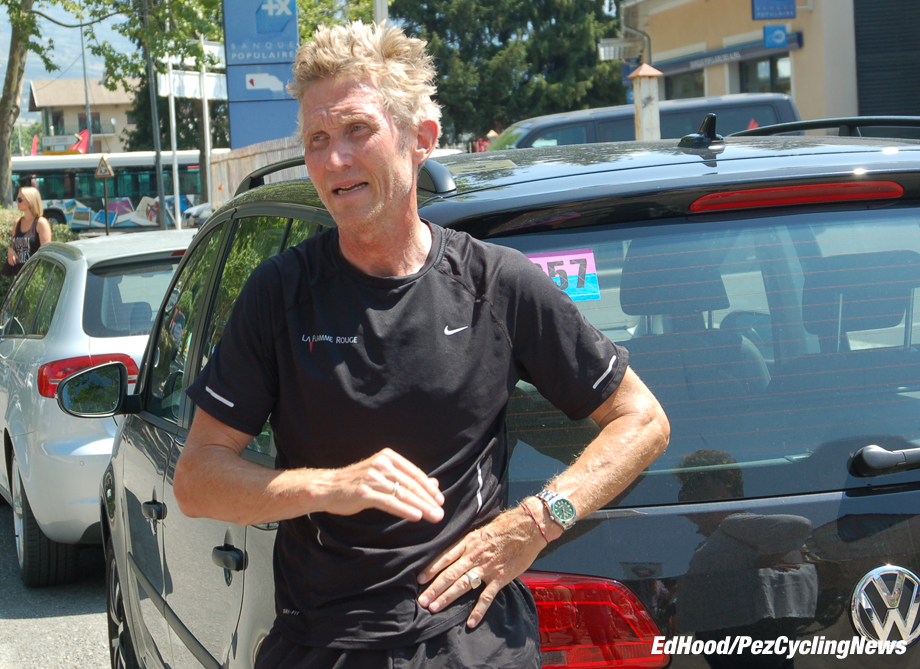 And there’s DS and Cav mentor, Brian Holm, he’s ditched the ‘U-boat commander’ look in favour of a ‘recently electrocuted’ style. But they do say that the best guys are a little crazy . . . 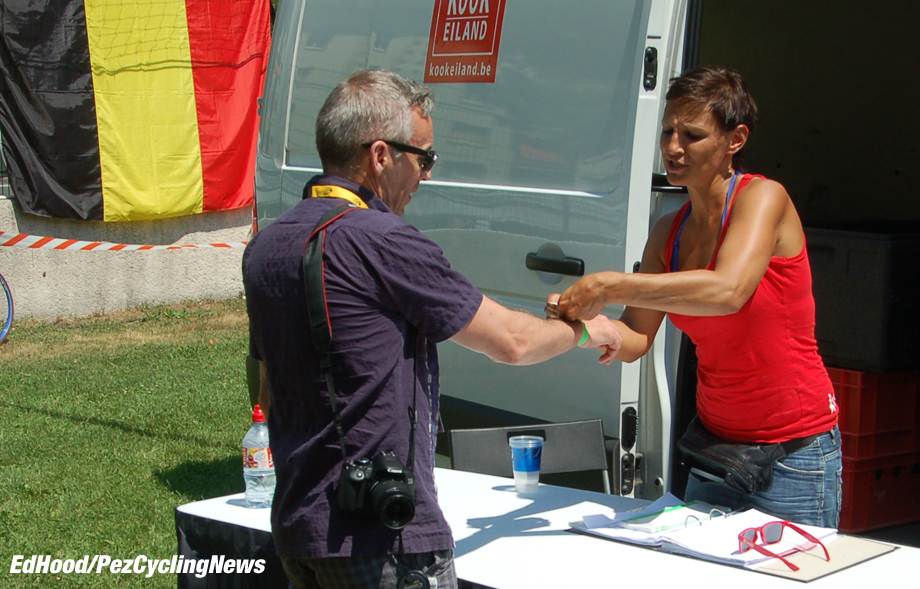 Mussel time! Lesley slips the bands on our wrists and explains; ‘mussels over there, frites there and the beer is just there.’ Our kinda girl!

Sometimes you’re up some mountain in the dark with no prospect of food or sleep and you think; ‘why am I here?’ But then there are days like this . . . 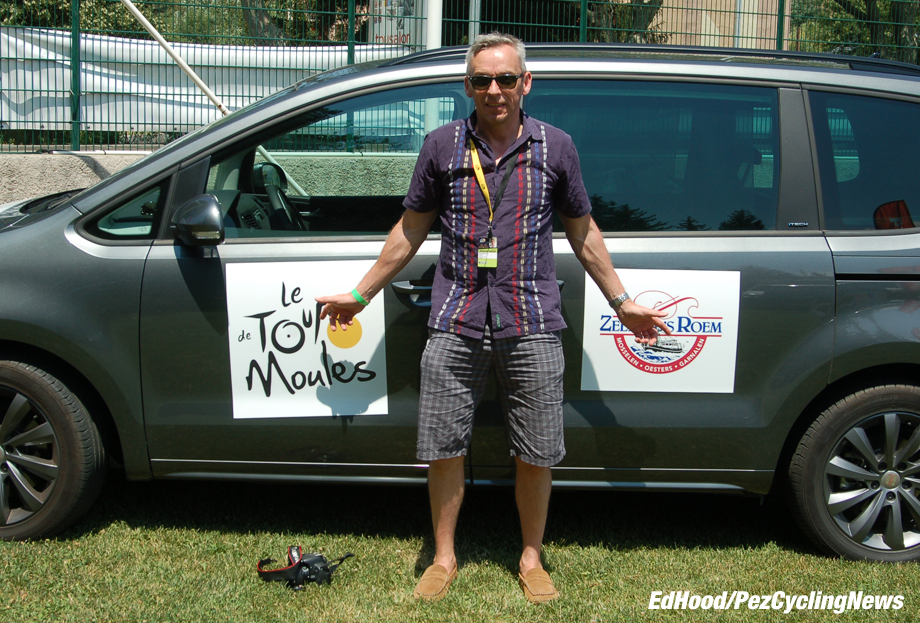 The boys have brought 250 kilos of the succulent bivalve molluscs with them, down from Yerseke in the Netherlands where they’re farmed. 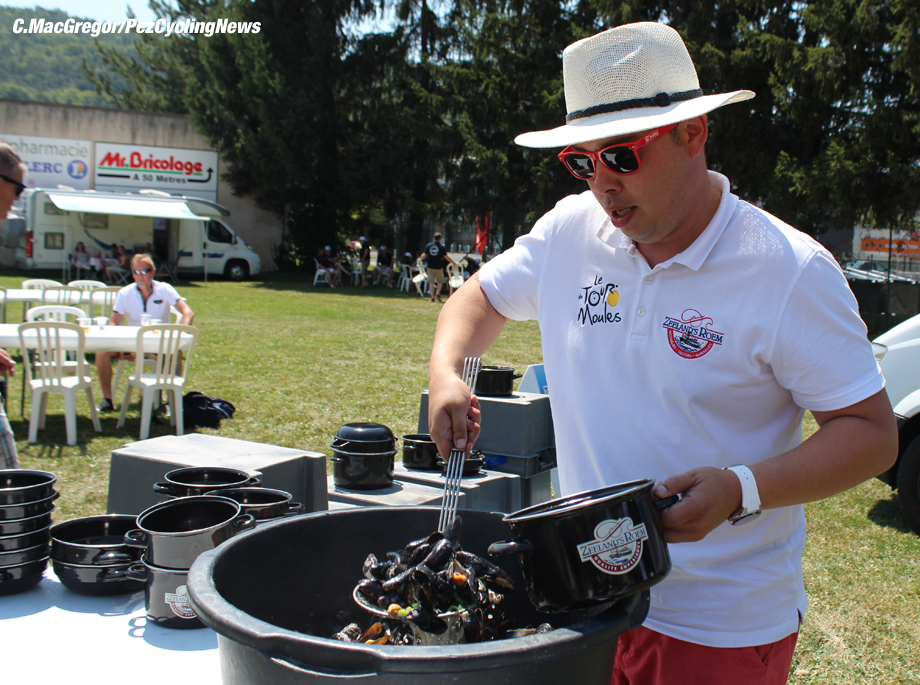 These little beauties are ‘bottom farmed’ in the Waddemsee – on the seabed. You can farm them vertically but the ‘old timers’ up in Yerseke will tell you that those off the bottom are best. 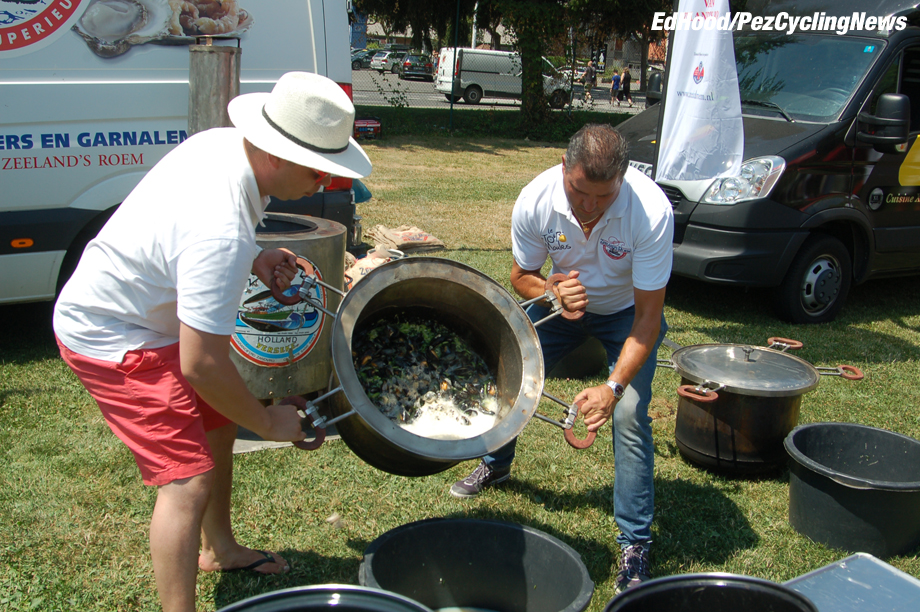 The moules season doesn’t start until July so the Tour times it just right. 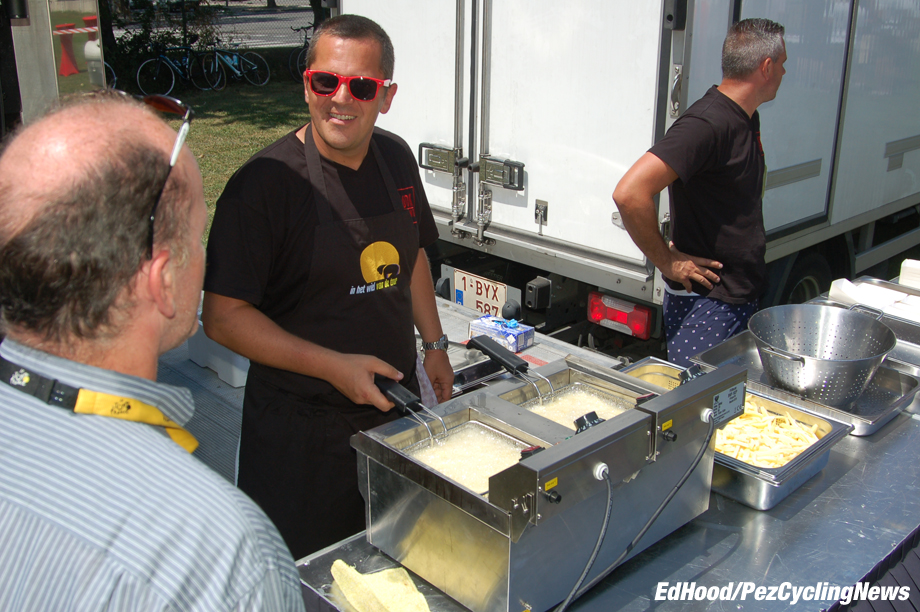 And now we need frites – on an industrial scale. ‘What makes the best frites?’ I ask the guys doing the business. ‘They must come from Belgium “bintje” – Belgian potatoes!’; he tells us then continues; ‘you must cut them into frites then soak them in water then let them dry before you cook them the first time at 160 degrees. Then you must let them sleep,’ and he makes a ‘head on a pillow’ gesture. ‘The second time you fry them at 180 degrees – then you must listen. . .’

I worry he’s going to deep fry his ear as he cocks his head towards the deep fat fryer. ‘When they make a whistling noise, they’re ready.’ He misses out the bit about smothering them in mayonnaise immediately after – but we know that; I’m an ‘Andalouse’ sauce man, myself. 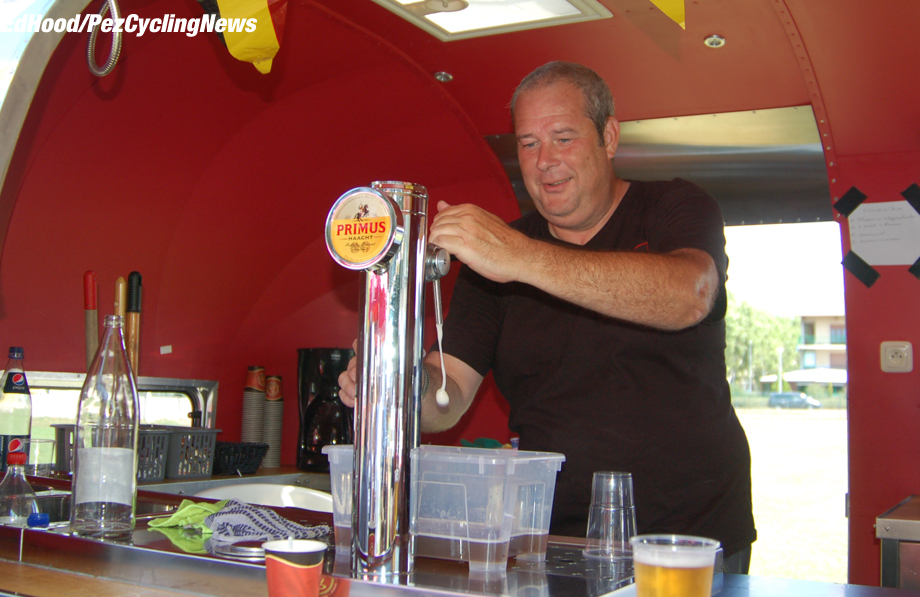 To wash this lot down, you need a Primus from the Haacht brewery, 5.2% and perfectly refreshing on a hot day like this. 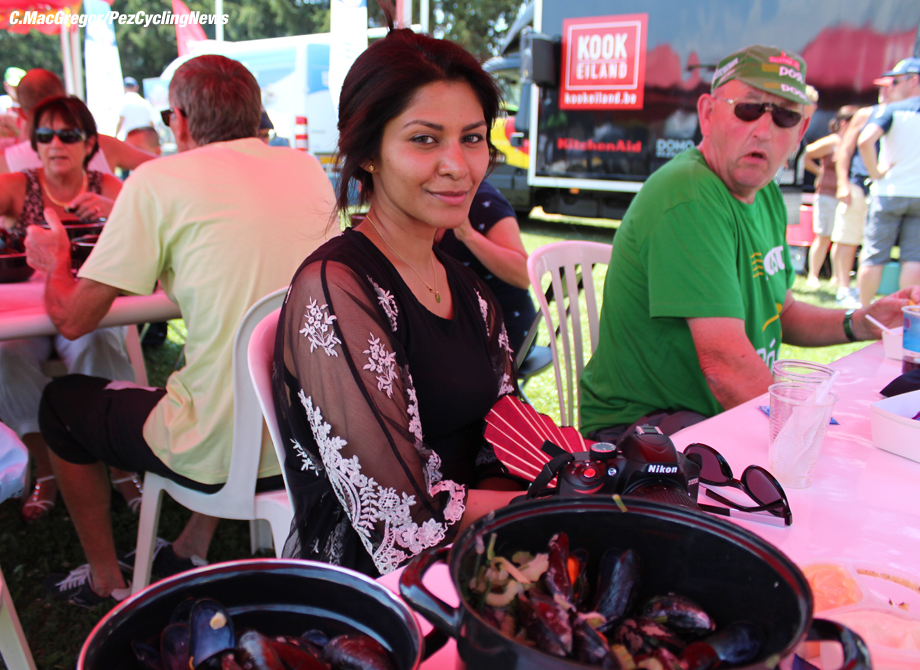 It’s amazing who you meet at moules parties – this lovely lady was over from County Mayo in the Republic of Ireland. 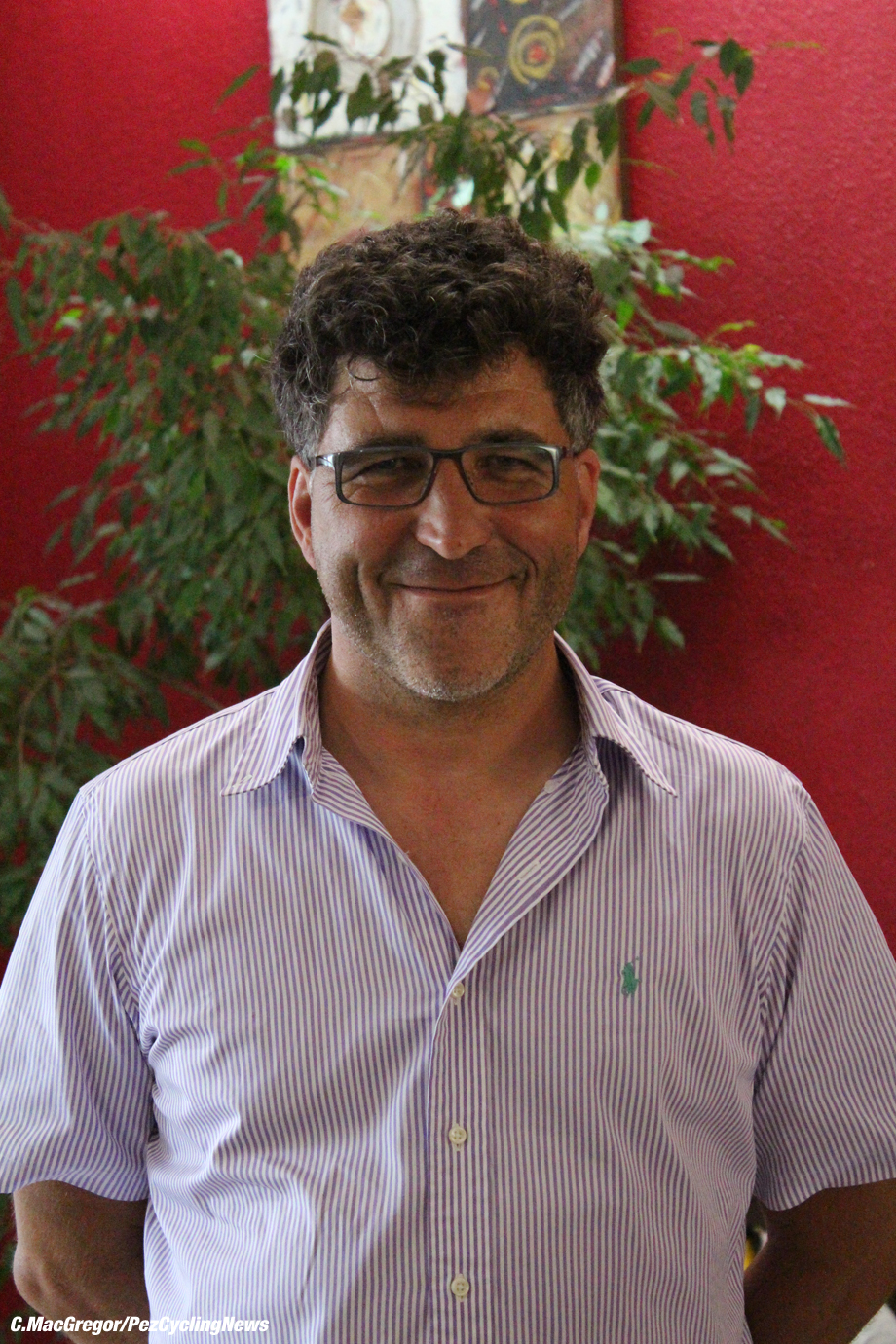 But least you think that it was all play we had a chat with Uli Schoberer, the man who invented SRM cranks, which we’ll be bringing you soon. 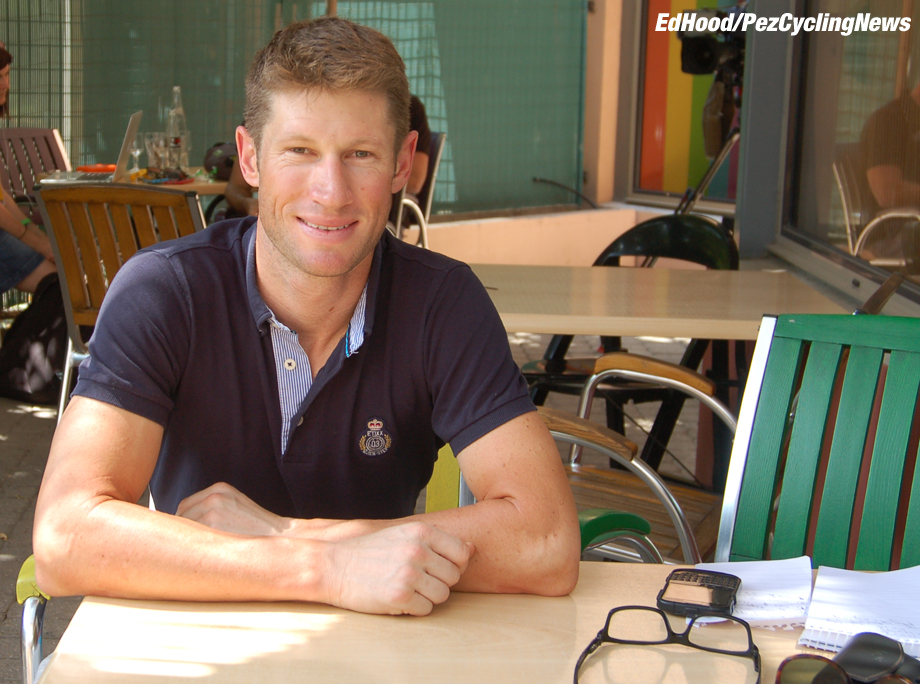 We also had a chat with the man, who if Carlsberg made lead out men would, “probably be the best in the world” – Mark Renshaw. 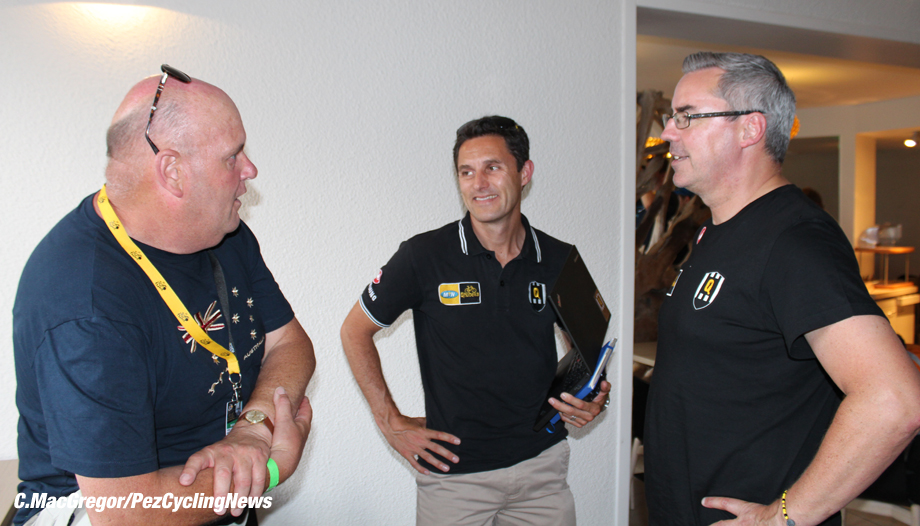 Then we made our way over to the MTN hotel to congratulate team founder Doug Ryder and team manager/DS Brian Smith on an amazing Tour for them so far. 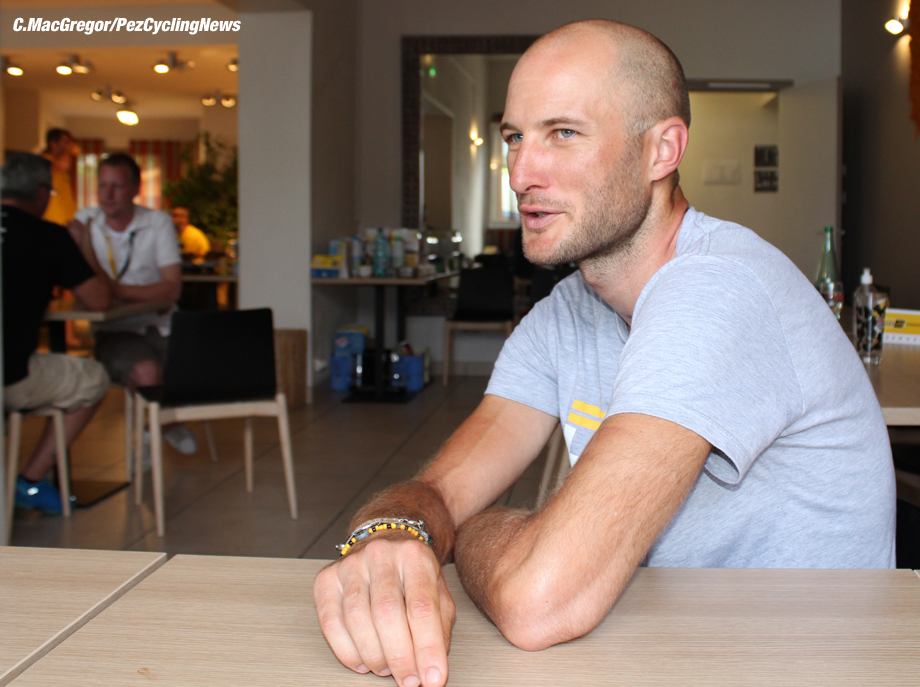 And to interview their star of the show, Steve Cummings – his remembrances of Landboukrediet, Discovery, Barloworld, Sky and BMC as well as his beautiful stage win and life at MTN.

The Tour debutants of Lotto Soudal share their experiences

Michel Thétaz: “A lot of great riders who wish to join us have the intrinsic qualities that fit perfectly in line with our philosophy”