Roadside Stage 7: It’s been three days of “rest” for the peloton but not our photog Beardy – with long days at the Tour taking a toll and still 2 weeks to go, Marcus revised his shooting plans for the stage but still captured some amazing images on the road from Livarot to Fougères.

– Photos and words by Marcus Enno –

I knew today’s stage would be difficult as nothing jumped out as a ‘must shoot’ location when we looked at the Road Book.

A sprint finish was almost guaranteed, so all the planning would be based arriving ahead of the riders. 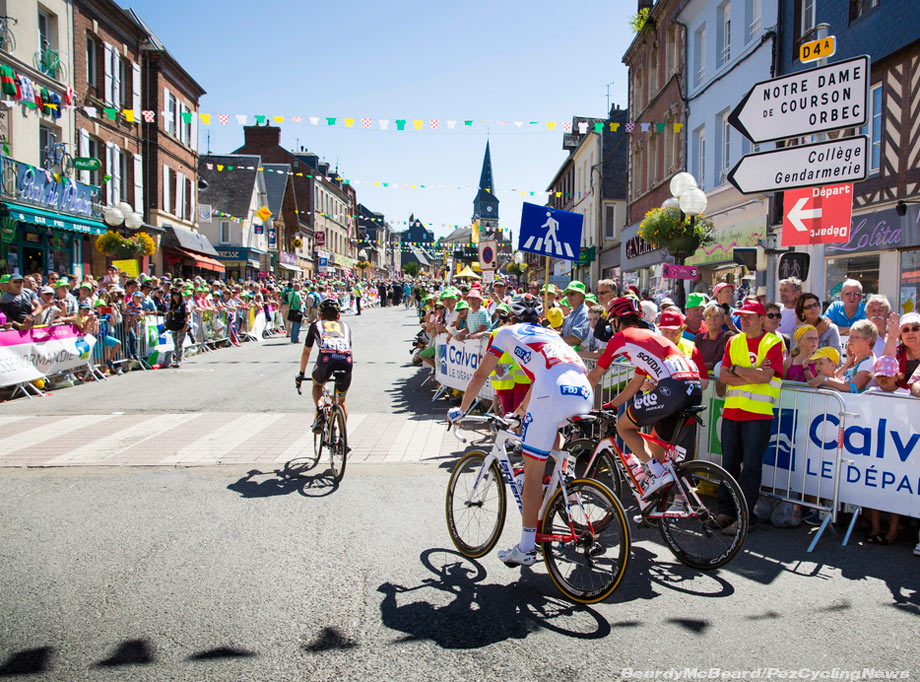 With that in mind I didn’t dilly dally around at the start and got on race route heading for the first spot we circled on the map.

There was a nice view out over the hills and I stopped to check it. The angles just didn’t work so we moved on. 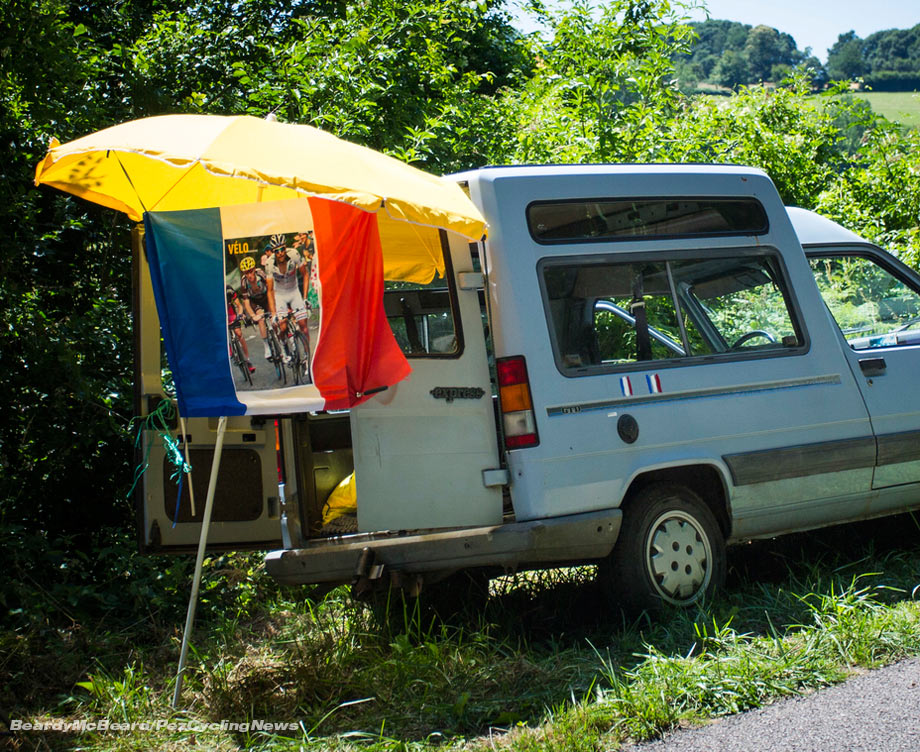 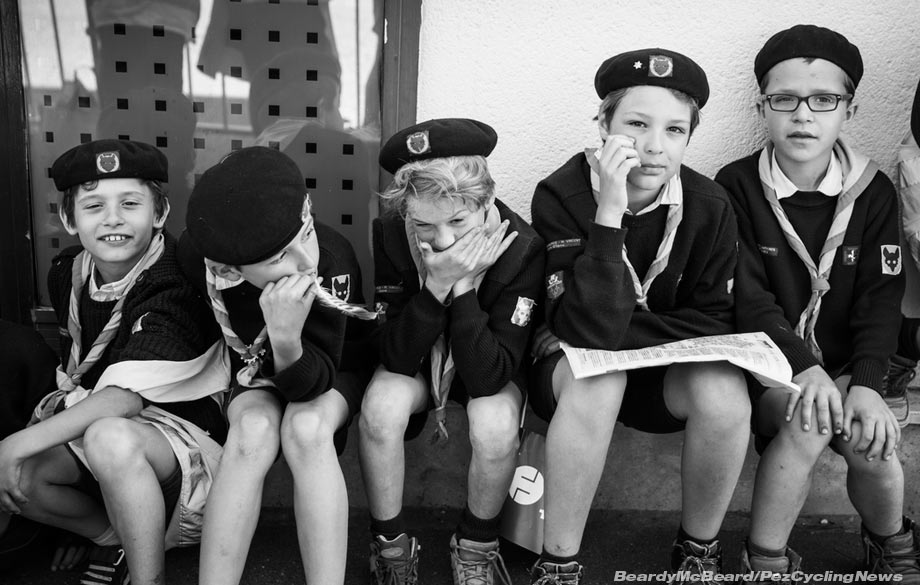 The second circled location was a chateau but we never made it there as the town of Exmes had a cute main street and from yesterday’s experience one shot in bag is worth two in the bush. 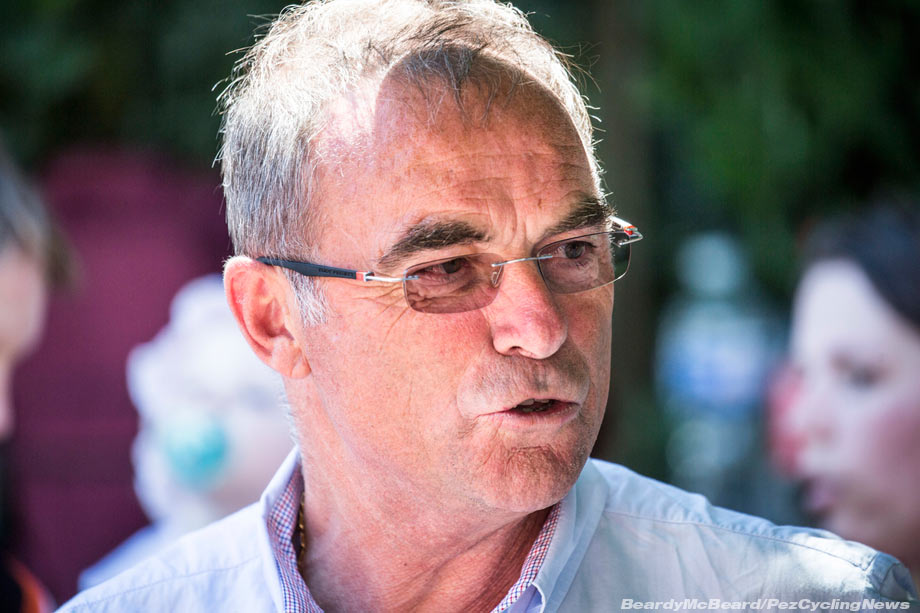 As we waited for the riders an official car pulled up, the door opened and out hopped Bernard Hinault (cycling legend and 5 time winner of the Tour de France). The town folk crowded round and offered him a freshly baked madeleine, he took and bite and said très bon before his minders bundled him up and off they went.

We had one more stop planned before going flat out to the finish, it was the feed zone which also marked the half way point of the race. 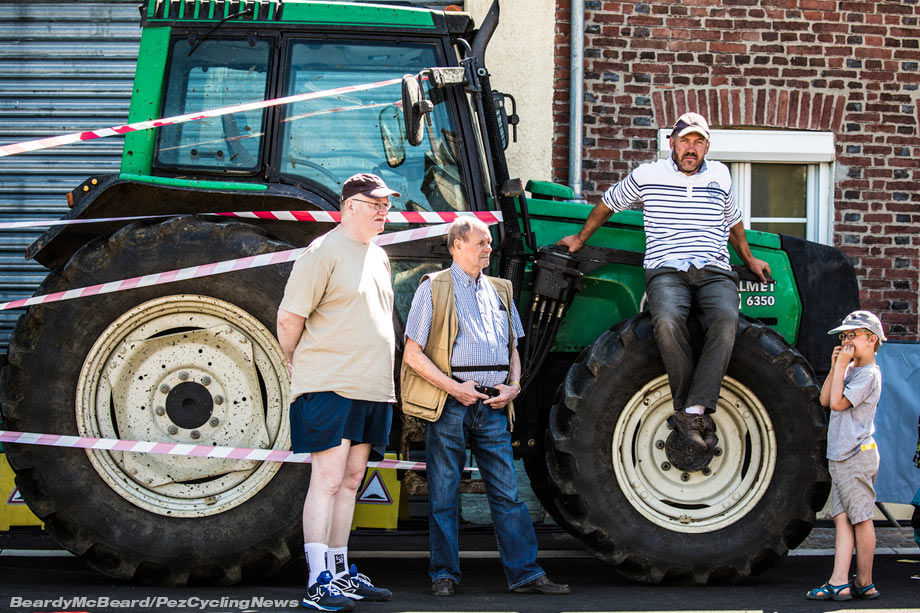 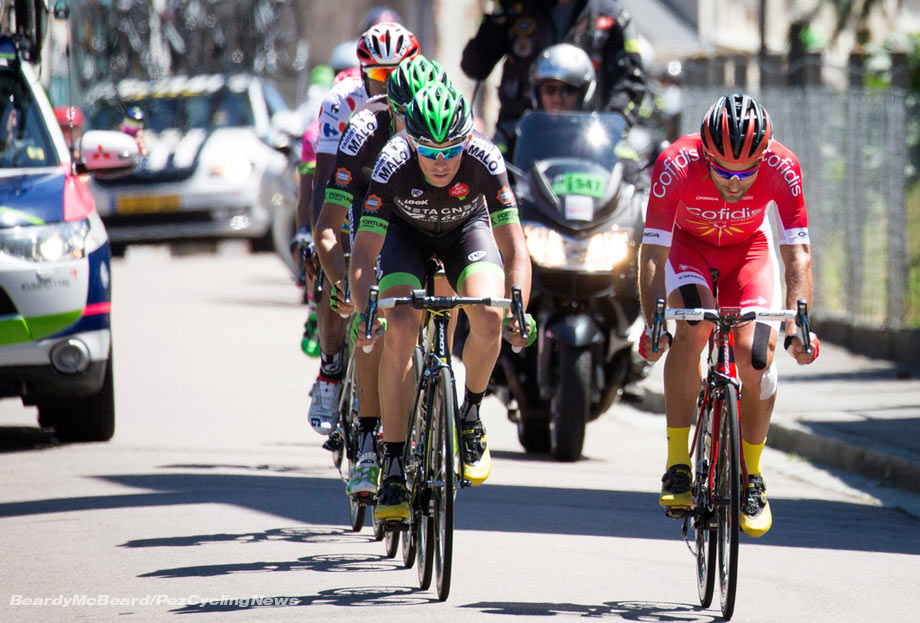 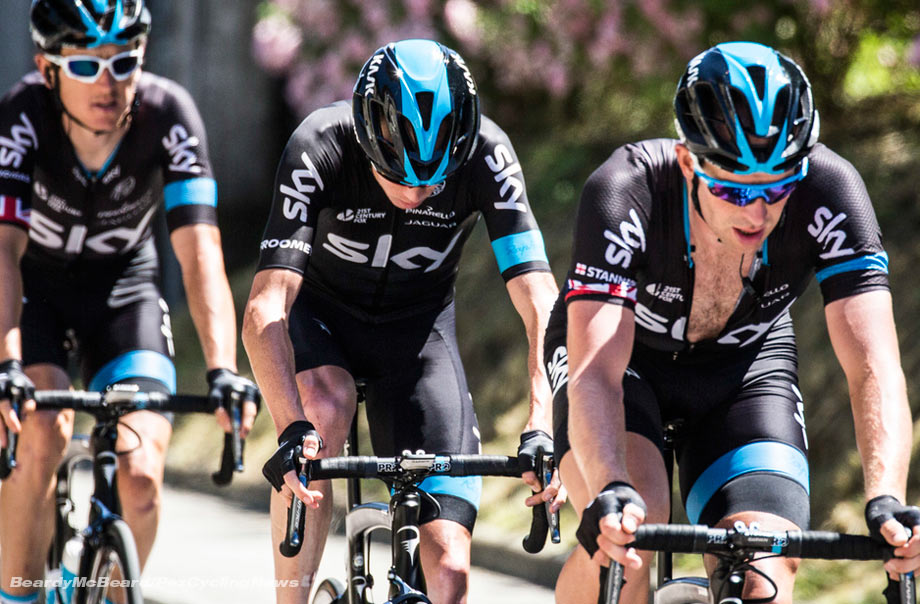 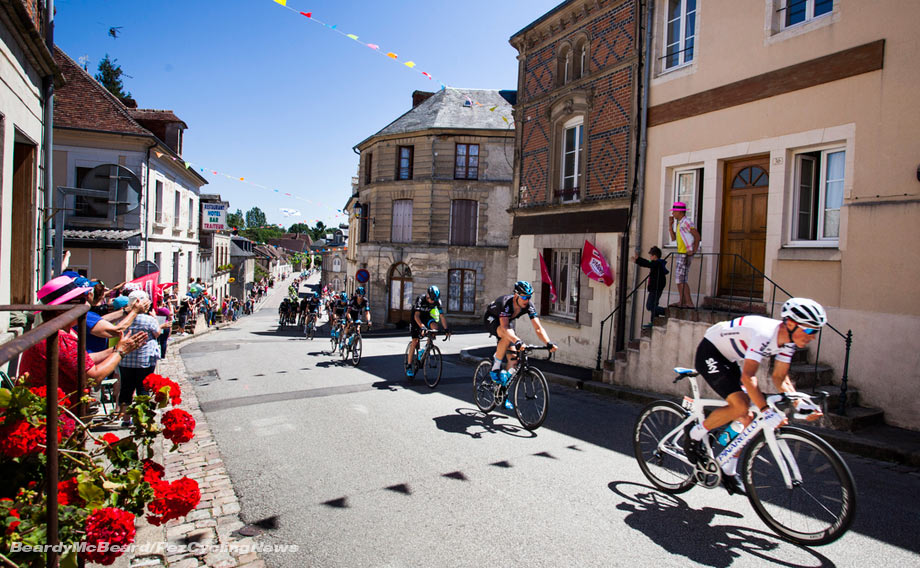 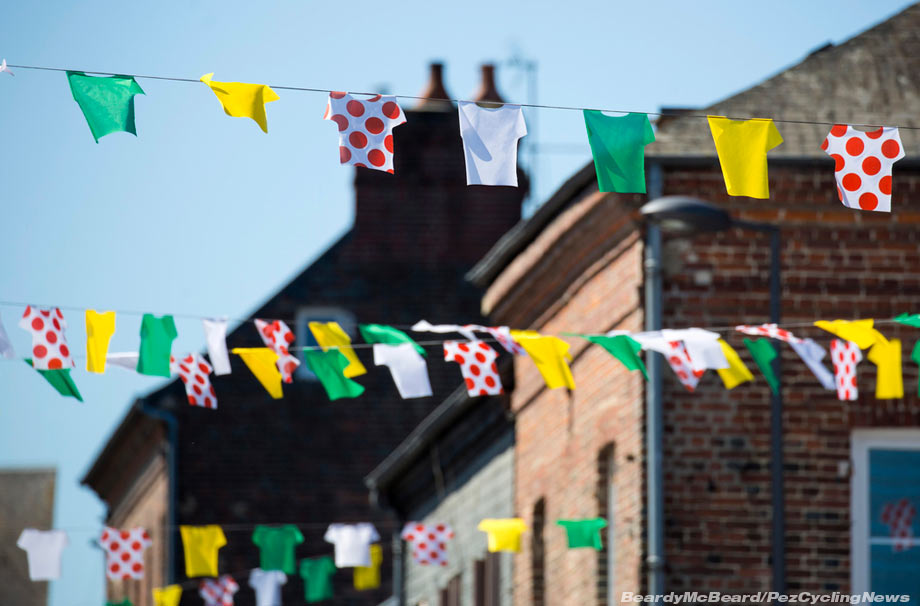 On closer inspection of the map we wouldn’t actually make the feed stop because of the way the roads connected. No worries we would find another spot just before we had to turn off.

We got to the turn off and it was crowded with people as we edged towards them hoping they would part and let us off the course but they didn’t budge. 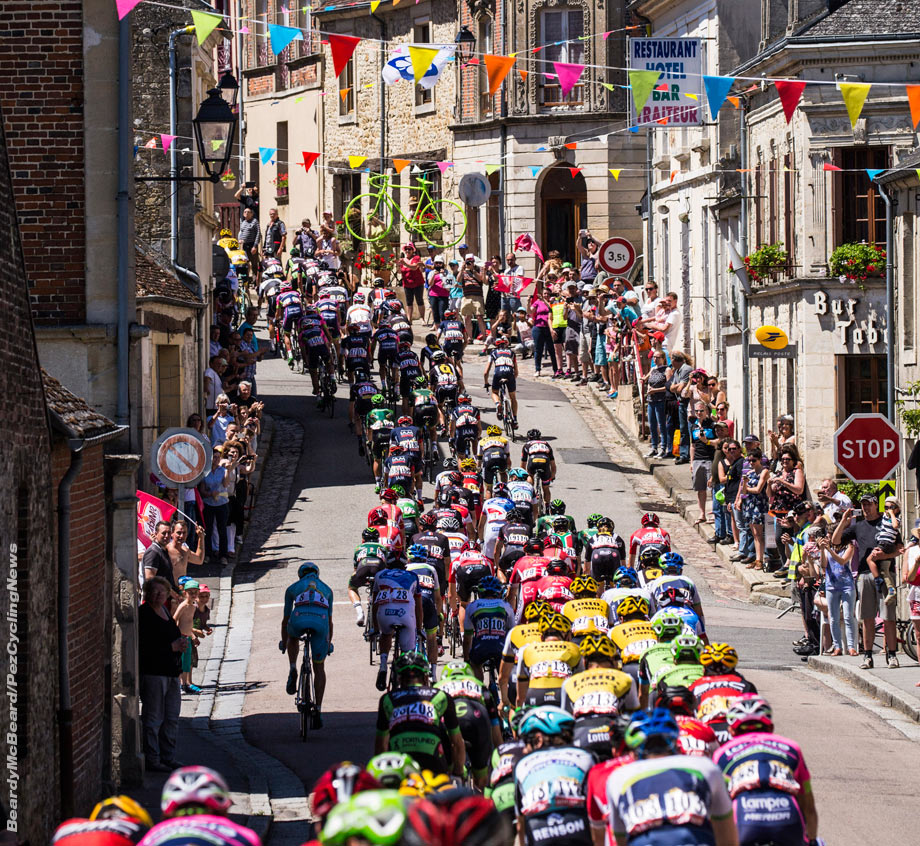 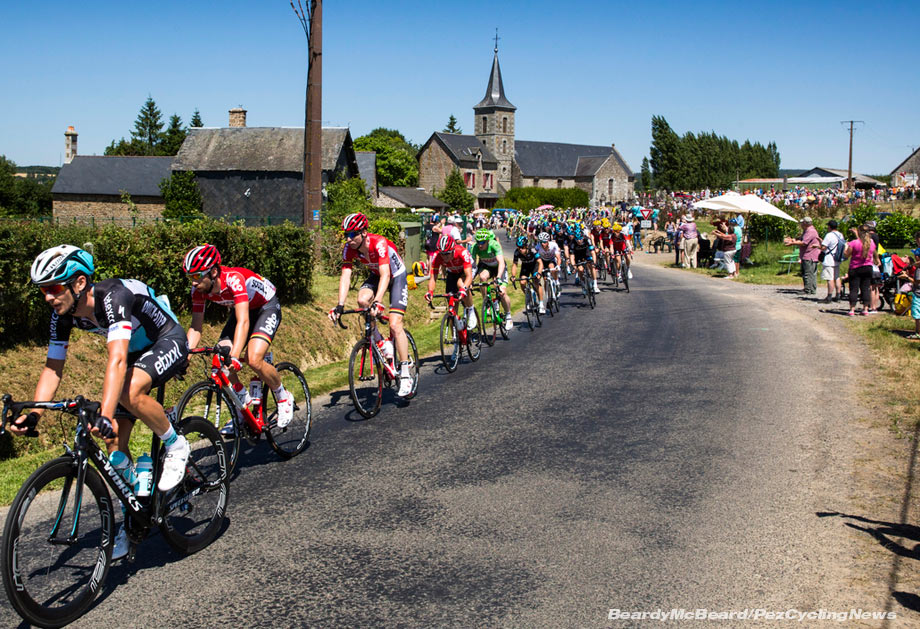 Ok plan B was pull over as close to the turn off as possible and hopefully there would be another way through.

Luck was on our side! There was a tiny single lane farm road that you had to zoom right in on Google just to see it.

The riders came past and I found a spot next to a couple of Australians with a half deflated blow up kangaroo.

The road out was so narrow cars were parked along the side in the ditch, squeezing past and got back on the correct road. 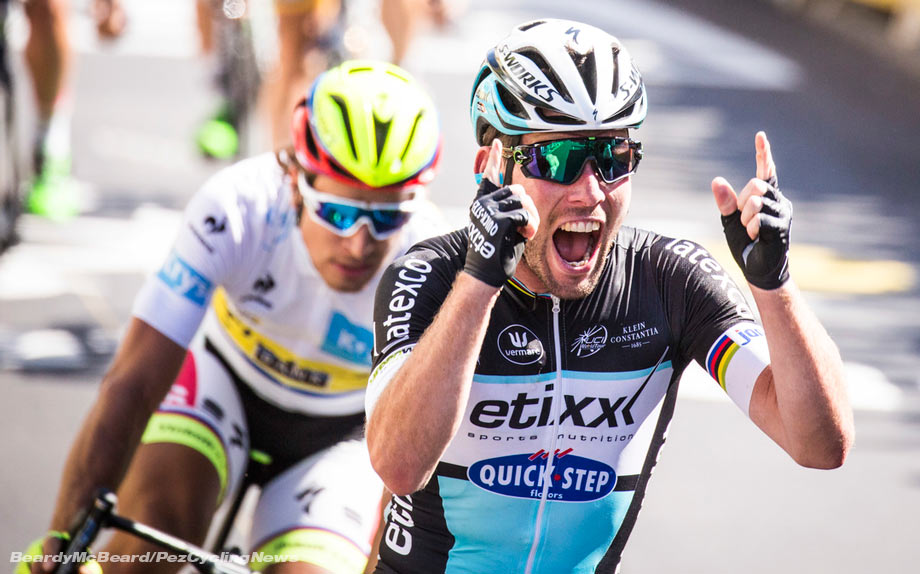 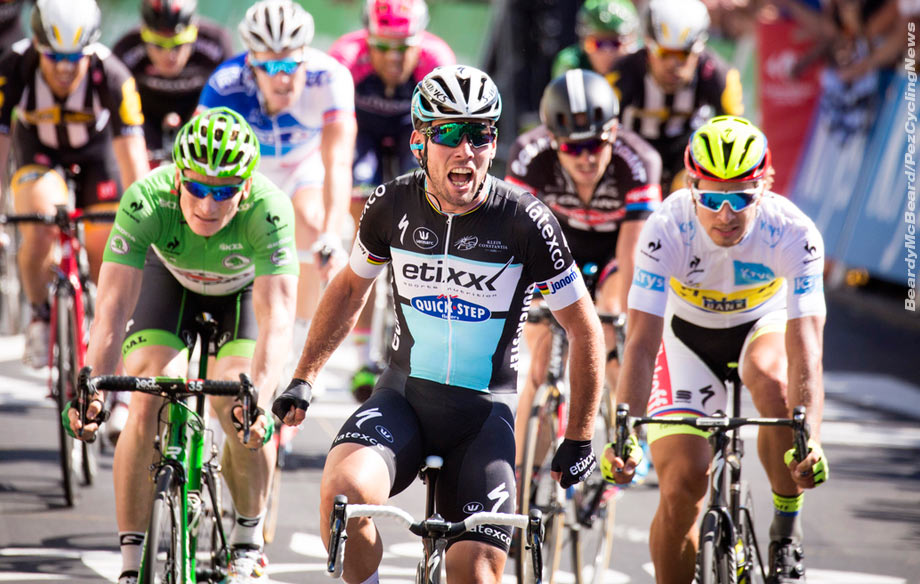 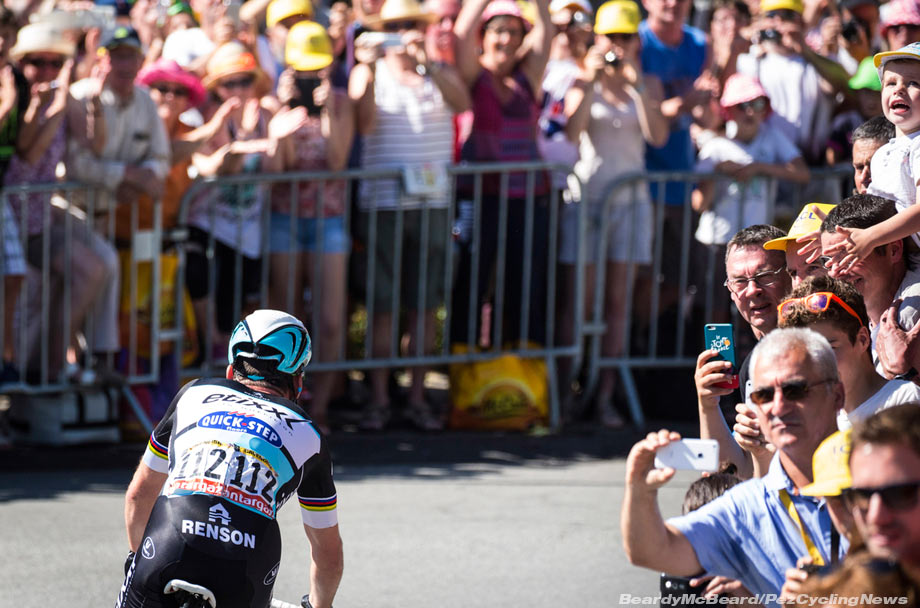 Our daily race to beat the riders to the finish was on, and it seemed like every truck and camper van in the vicinity wanted us to lose.

But we made it – and got a good position the see Mark Cavendish take his first Tour de France stage win in nearly 2 years.