Roadside Stage 11:  It’s day 2 in the Pyrenees and a visit to the iconic Col du Tourmalet under sunny skies delivers some of the best images of Le Tour we’ve seen so far.  Photog Marcus Enno filed this report as the Tour de France crossed its half-way point. 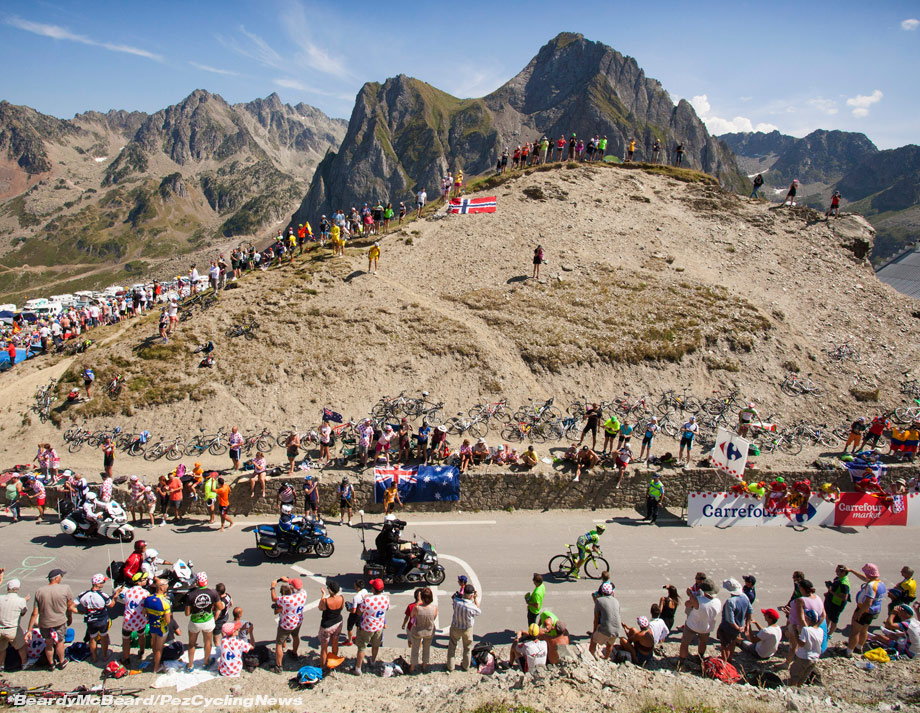 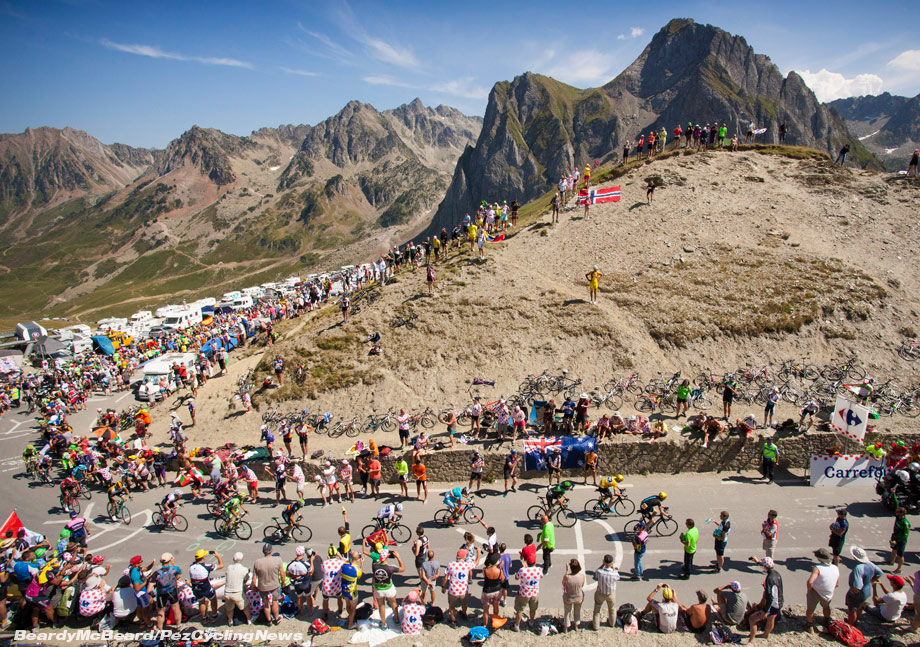 First stop of the day, after making a brief appearance at the start to see if anything out of the ordinary was happening, was the Cote de Loucrup.  It was a nice little 2km, category 3 climb that was fairly quiet until the last 500m where there was a small village at the top and the people were getting into the festivities.

We pulled up just next to a family who had settled in for a picnic. We were promptly offered some homemade apple cake. Upon sampling, I’m sure the apples had been soaking in liqueur, it was delicious.  I demolished a sizeable wedge before pacing out the last section of the climb looking for a spot. 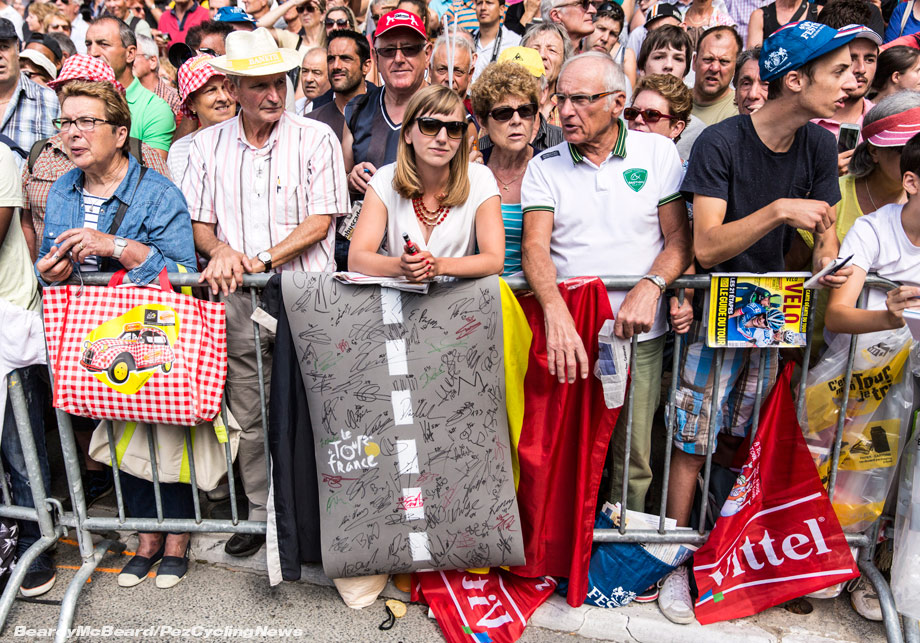 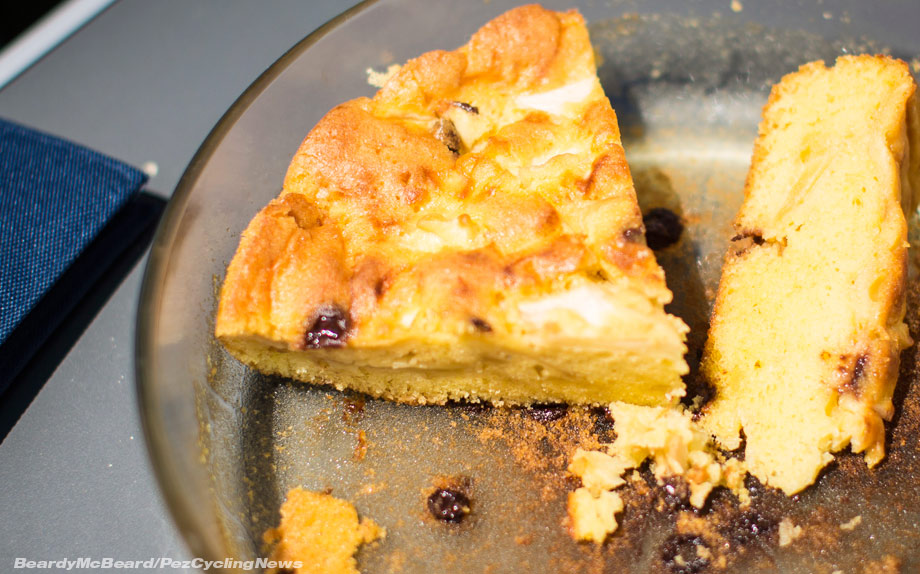 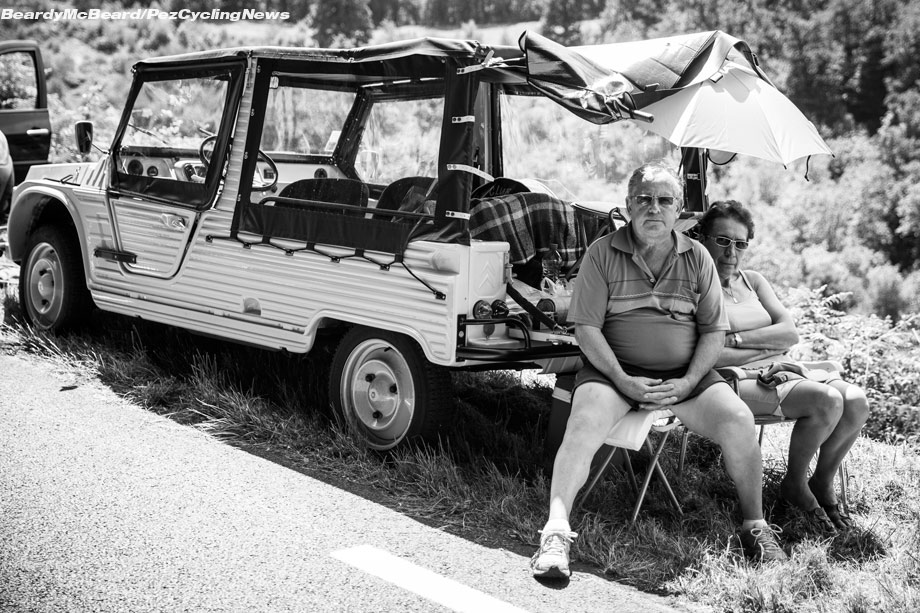 I stumbled across an amazing restored Citroën Méhari the off road version of the popular 2CV. The couple that owned it were happy to pose for a photo with their pride and joy.  I marvelled at the car with the owner as he pointed out details, explained in French, I politely nodded as if I knew something about vintage Citroën’s.

The next location was the Col du Tourmalet. It was my first visit to the very famous mountain pass that has featured in the Tour de France over 80 times.

There was a mix of fans including plenty of Spaniards, being so close to the border. On the way up I stopped to photograph a roadside paella cooking and again I was quickly offered some slices of Jamon cut from the leg.  The flavour was great but spoilt a little by the plain accompanying cracker.

When we reached the summit it must have still been siesta time as people where sleeping in cars, on quad bikes or just on the side of the road. 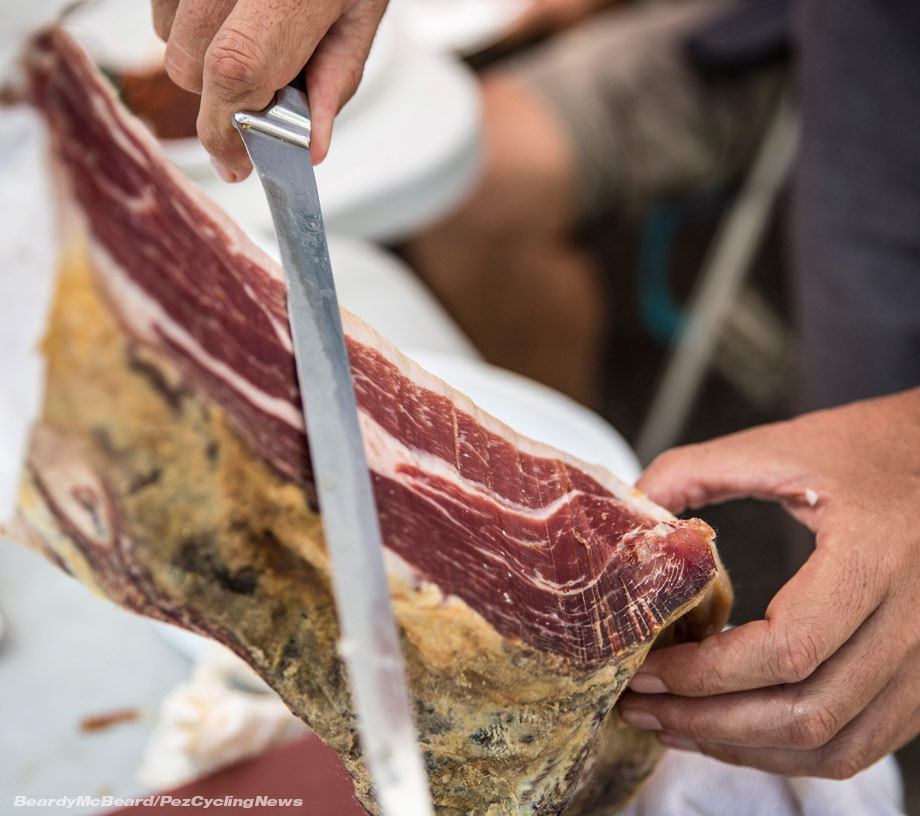 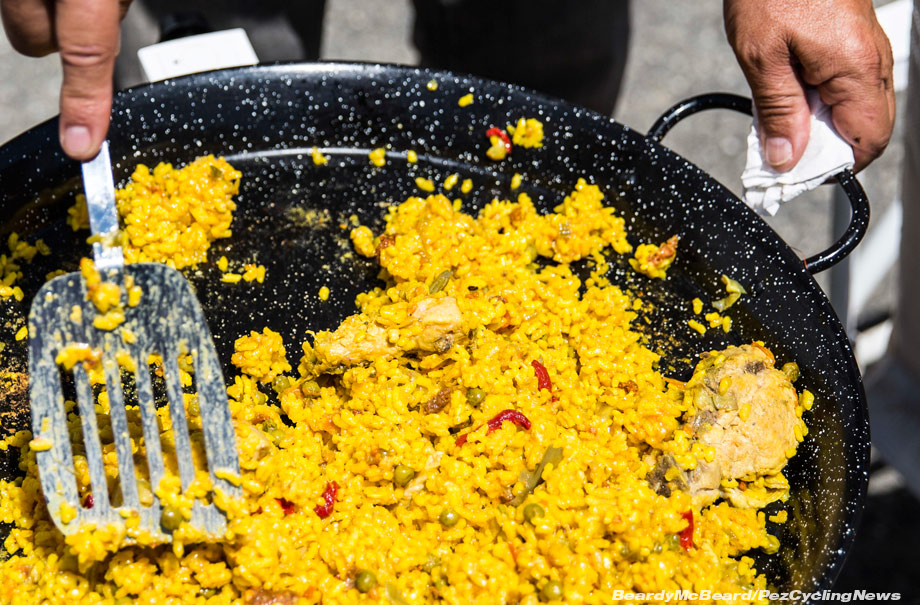 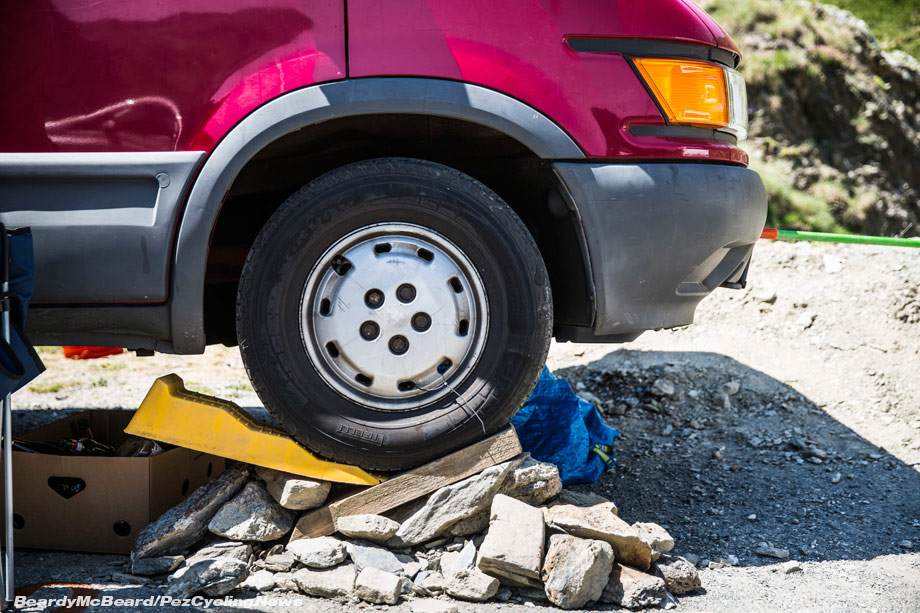 There were also hundreds of camper vans that must have been parked up for days to claim prime position. This is just the start of the shear volume of vans and spectators that will be encroaching on the later stages.

I also noted some very impressive constructions under the wheels of the campers in the hope of a level nights sleep. 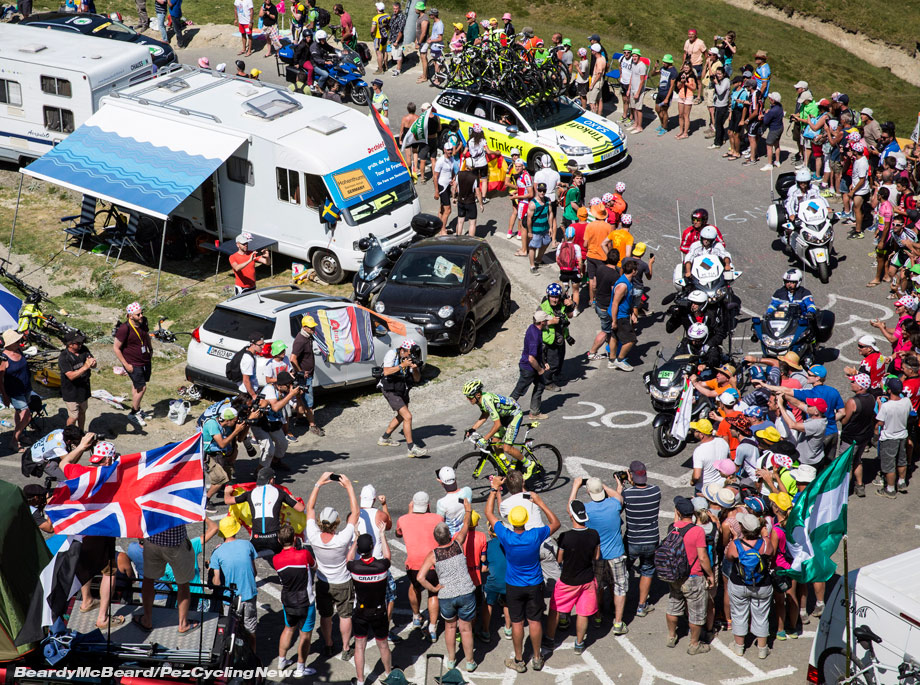 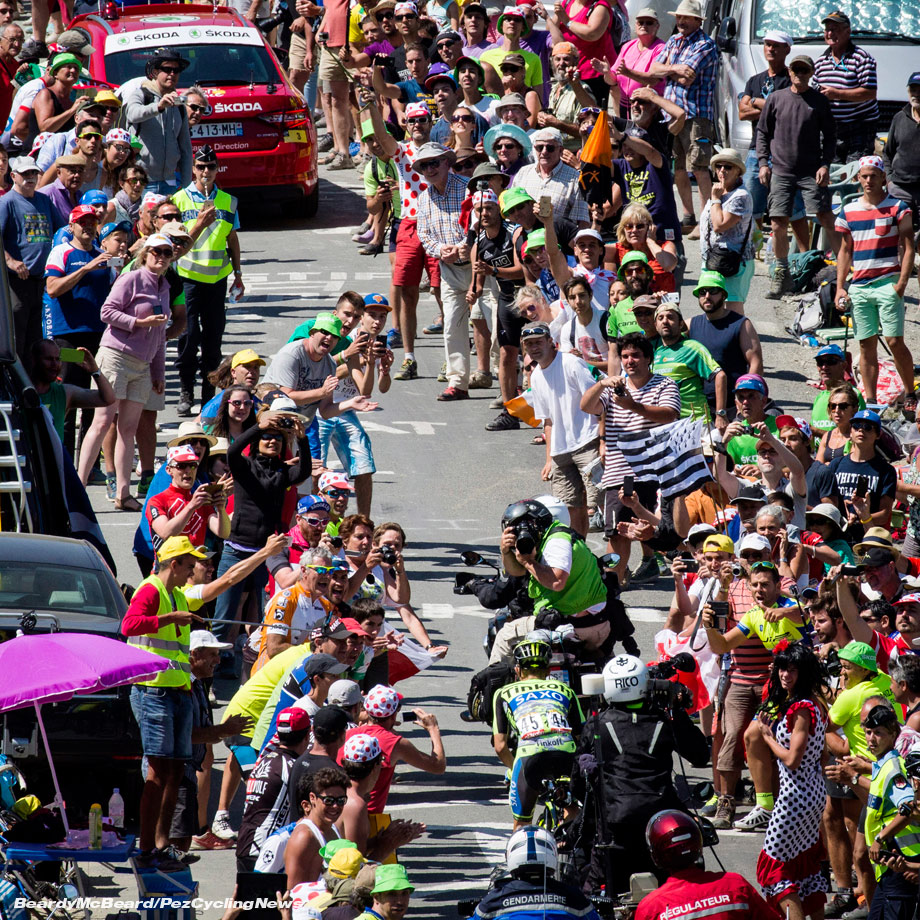 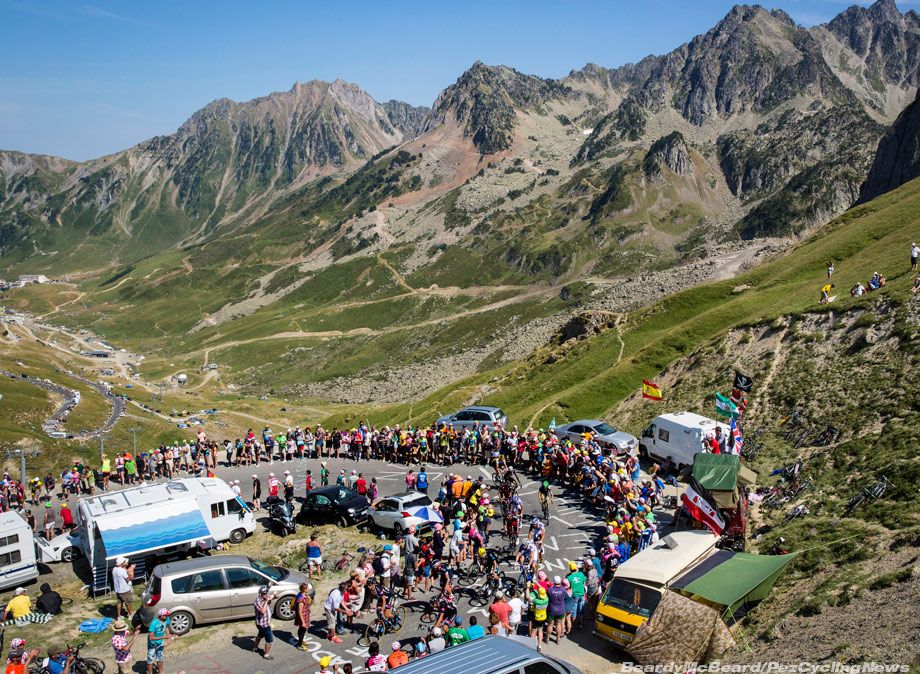 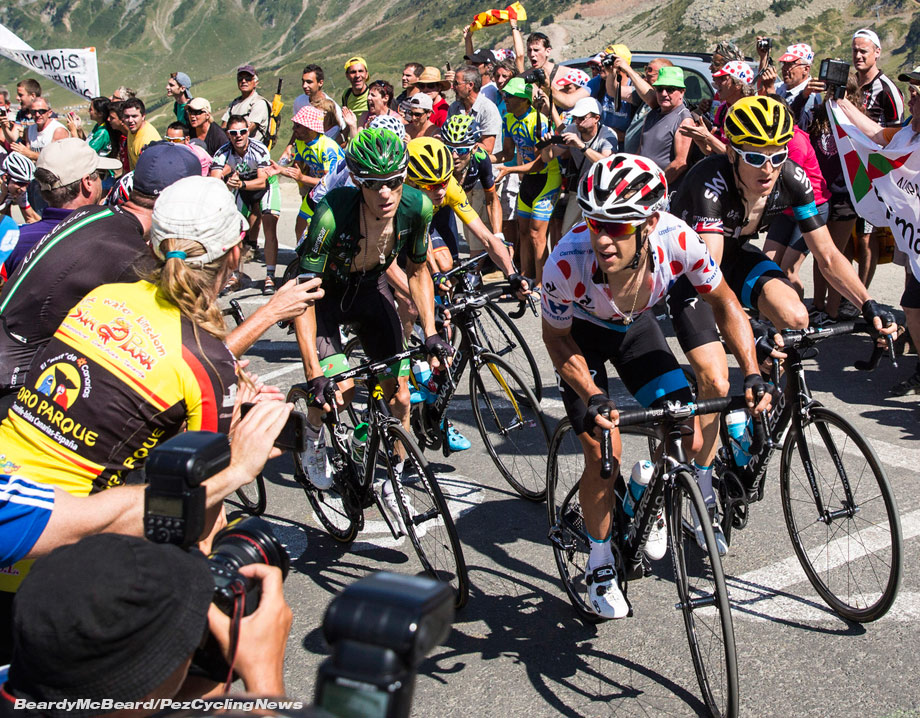 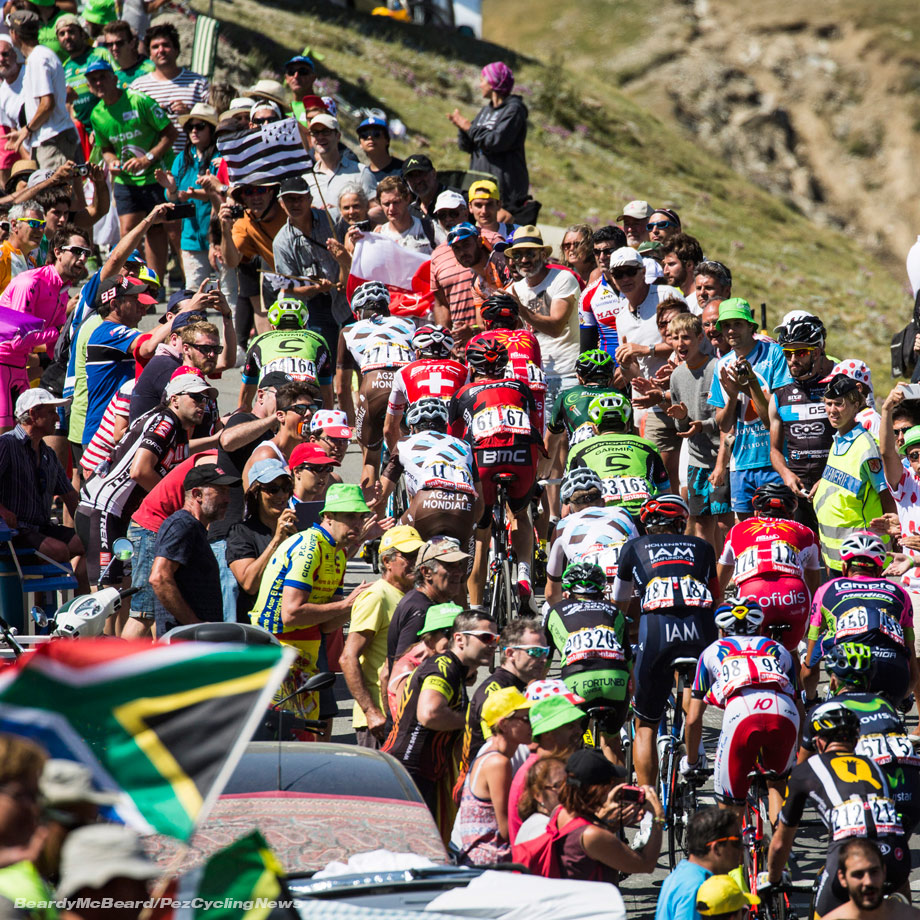 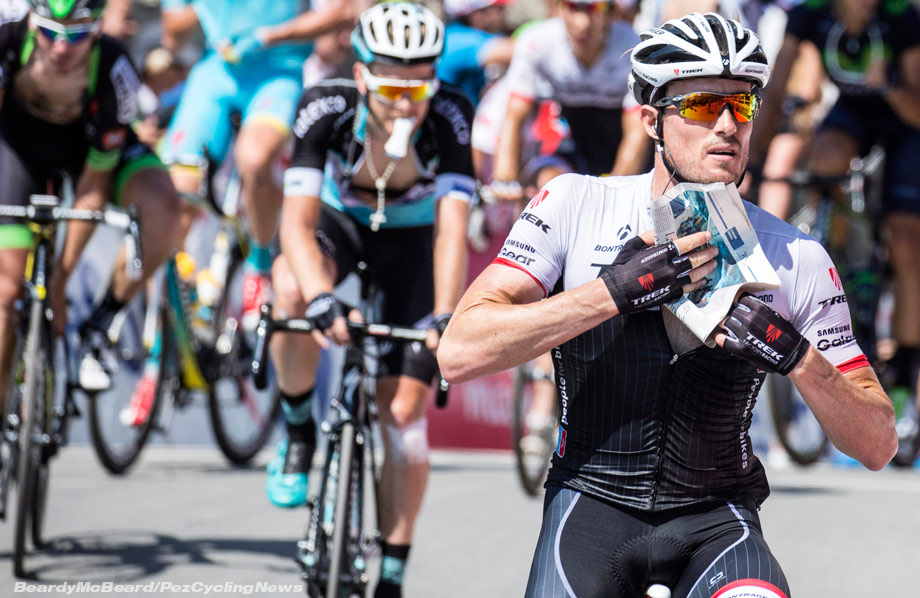 There was much indecision amongst the photographers as everyone tried to stake out the best spot.  One corner in particular was crowded with photographers and I decided just to get a couple of shots there and move on.

When the riders did come into view the amount of spectators seemed to double which came in handy as a team car stalled and couldn’t get started.  Instead of riders it was cars these fans got to push today. 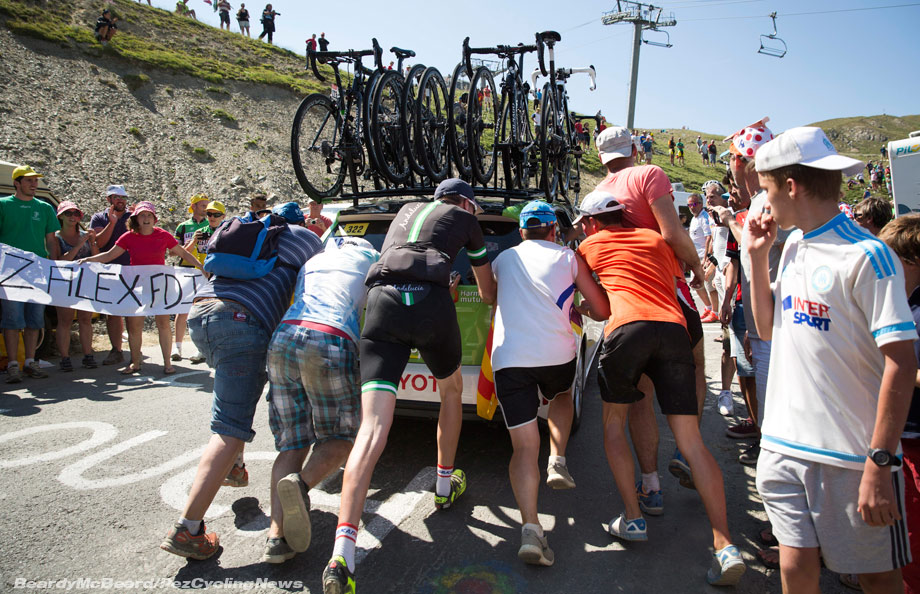 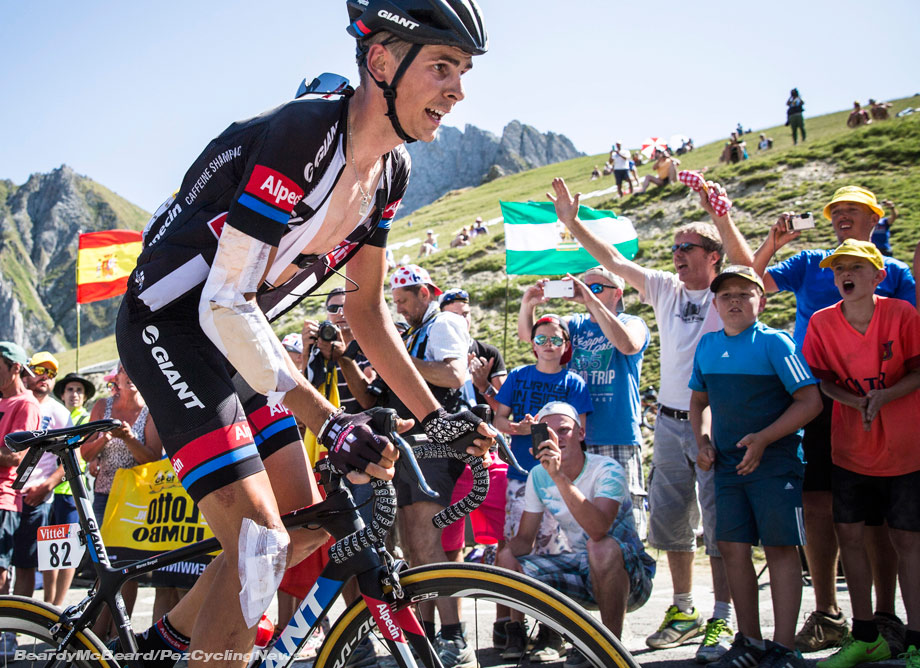 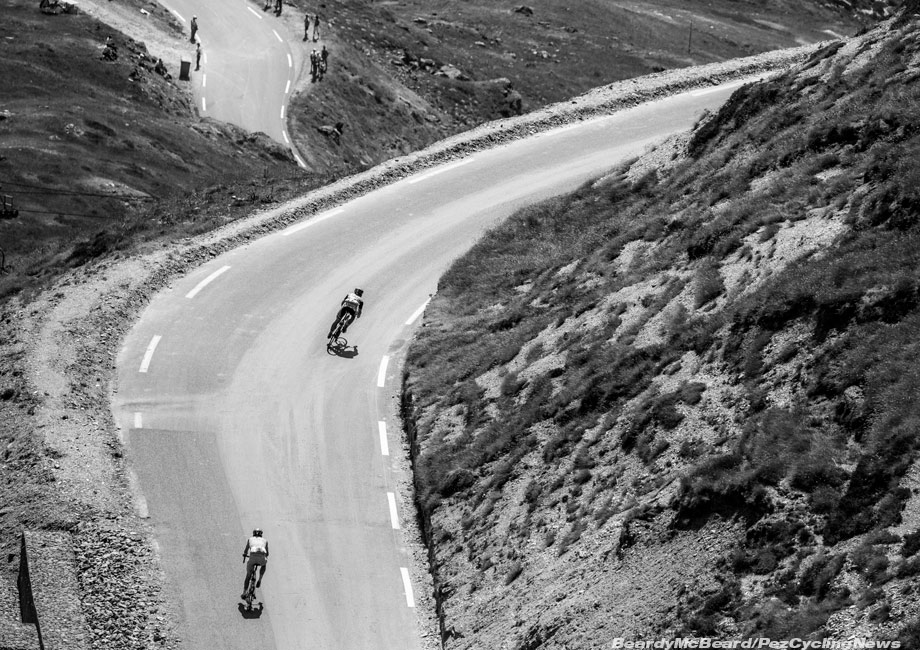 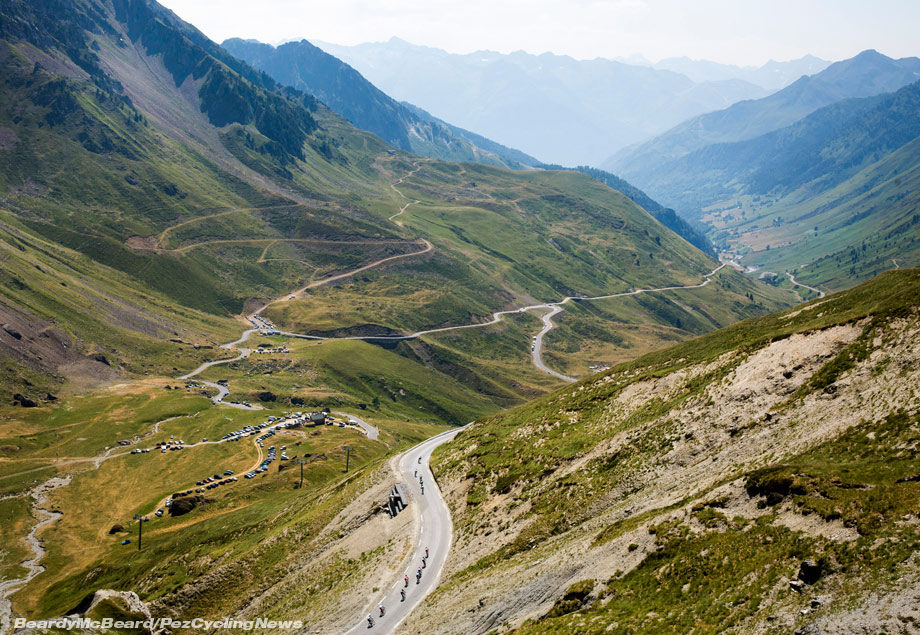