Join Pez & Velo Classic for the 100th Giro d’Italia and an Italian cycling holiday we call the “Giro della Gazzetta”, from May 27 –  June 4, 2017. We start in Milan to see the final TT stage of the Giro, then ride south to the sea and two days on the Milan San Remo route before turning inland to climb through the Alps on some of the cycling’s most iconic climbs, peaking with the gravel switchbacks of the Colle della Finestre.

Velo Classic Tours and PezCycling both started almost 15 years ago – and since 2002, we’ve both logged countless kms around Italy  – Pete Easton showing guests the best serious cycling, local culture and thoughtful hospitality, and me – chasing the best Gazzetta dello Sport’s races and riding the best stages, finding the best negroni at the end of each day, and documenting it all on PEZ.  Here’s your chance to join us on a special route we think has some of the best rides, food, and drink any road cyclist could ask for.

The Best Road Stages In Italy
Well… some of the best…  Now – after kicking the idea around for several years, we’ve decided to join forces to craft a trip of our very own – and offer a few lucky PEZ-Fans a riding week in Italy like no other, taking in some of the most beautiful and famous road stages in Italian cycling history.  I know those words are probable cause for endless debate, but just look at what we’ve come up with… 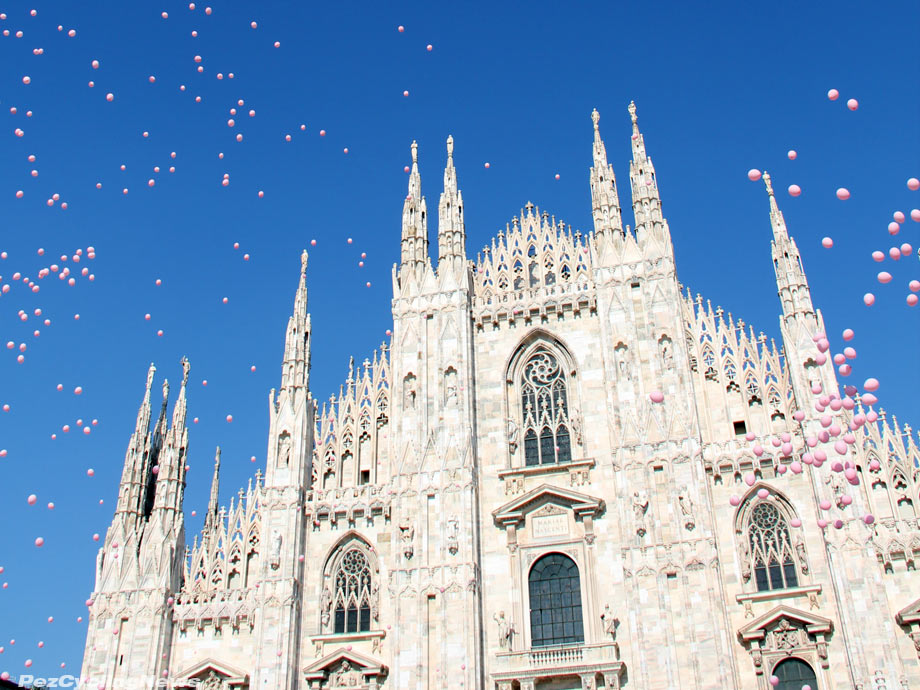 We’ll start in Milan to view the final Time Trial stage of the 2017 Giro d’Italia, then head south for two days of riding the best parts of the Milan-San Remo corsa on the palm-tree lined Ligurian coastal roads that hosts la Primavera – you’ll ride the Turchino Pass and descend to the coast, and the capi Berta, Cipressa, & Poggio on our way to via Roma in San Remo.  Then we head for the high Alps to tackle the historic Colle del’ Agnello  & eerily lunar-like landscape of the Col d’Izoard, followed by our Queen stage that will carry us over the Colle della Finestre and it’s gravel switchbacks – scene of the Giro’s most nail-biting finales.
May 27 Saturday – Arrival – Stage 1
Welcome! You’ll be greeted by the Velo Classic crew at Milan Malpensa airport and transferred to our luxury hotel in the center of Milan.  We assemble and get fitted on our bikes before a short spin out of the city with a visit to Vigorelli Velodrome on our return.

May 28 Sunday – Milano TT – Stage 2
Enjoy an easy morning ride to stretch out the legs, or sleep in and hit the streets for a walk around the best parts of Milan – known for its shopping, fashions, and supermodels.  Our afternoon will be spent watching the finale stage of the 2017 Giro d’Italia on the streets around the world’s largest Catholic church – the Duomo and the world’s first glass roofed shopping plaza – the stunning Galleria Vittorio Emmanuale II.

May 29 Monday – Stage 3
It’s time to ride – and ever since I did this one myself many years ago I’ve been wanting to return.  We’re on the route for Milan-San Remo – starting in Ovada at the base of the Passo Turchino – a gentle climb over the coastal mountains. The smell of the sea air and that first view of the coast will take your breath away as we cross through the mountain-top tunnel and descend to the sparkling waters in the distance, then ride the middle section of the 300km race along the coast to our night’s stop in Finale Ligure. 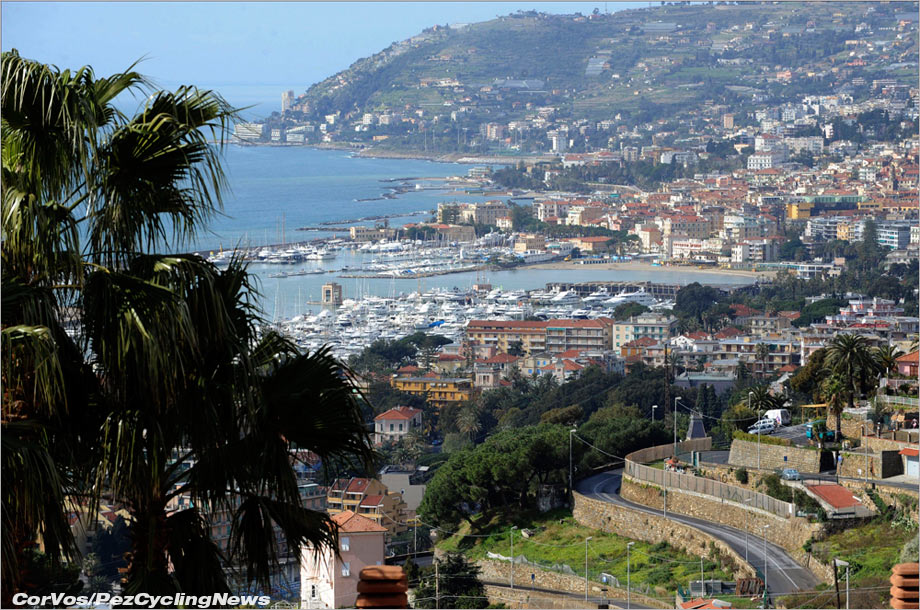 May 30 Tuesday – Stage 4
After yesterday’s appetizer, today we’re all in for the business end of the ride to via Roma in San Remo – taking in the 6 climbs including the famed capi of Berta, Cipressa & Poggio. We’ll relax in luxury at the Hotel Royal, known for its mid 19th century opulence that the Milanese people traveled south for along the same route of the race.

May 31 Wednesday – Stage 5
Today we’ll leave the coast of Liguria behind and head into the mountains- over the Col de Tende/Colle di Tenda, one of the Alps highest paved roads and at the border of Italy and France.  The 13 kilometer climb has 48 hairpins in just 7 kilometers. We’ll descend back into Italy as we head to Cuneo, a well known stopover for the Giro d’Italia for its mountain stages. 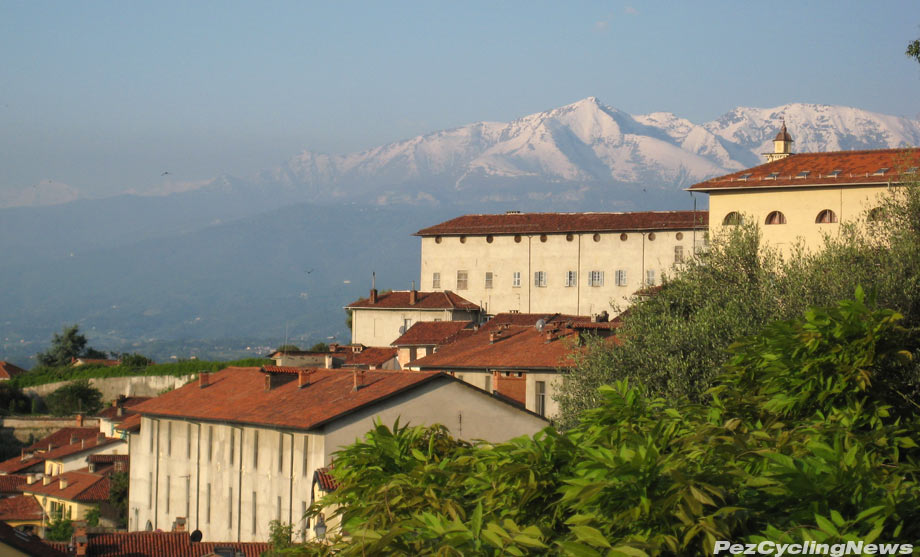 June 1 Thursday – Stage 6
Today’s route is what Giro legends are made of.  Fausto Coppi, in the classic 1949 Giro stage 17, ushered in the modern era of cycling thanks to his exploits over the Col d’Izoard.  We’ll climb the 22 kilometer Colle di Agnello, the CimaCoppi in the 2016 Giro, before descending into France to climb the famed Izoard.

June 2 Friday – Stage 7
Our Queen stage – we’ll start the loop with the gentle climb to Sestriere – site of Claudio Chiappucci’s epic solo win in the 1994 Tour de France, and the best  Giro battles in the modern era. My advice is to take it easy because this is just a leg softener for what lays ahead – the dauntingly spectacular 18kms climb of the Finestre (read my PEZ report here)- the bottom 10 are paved and climb steeply through the forest, until you reach the unpaved 8km that wind their way to the top of this beast.  The descent down the other side is filled with stunning views as we ride to a night of celebratory negronis. 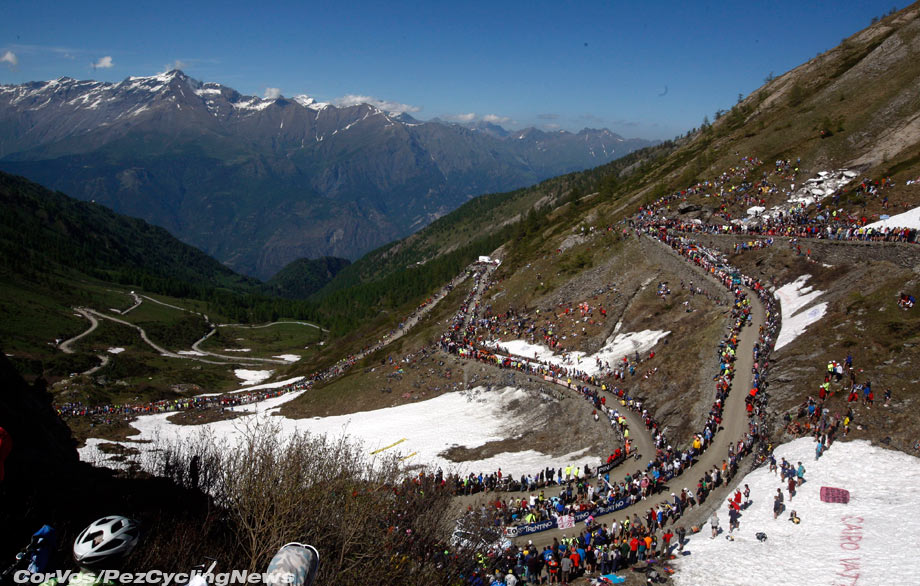 June 3 Saturday
Our final ride will cover the last 70 kilometers of the route of the Milano-Torino fall classic including the climb up the Colle Superga, offering spectacular views over Torino and the surrounding plains.  This afternoon its worth a visit to the Fiat Lingotto factory and the Automobile museum before we enjoy a traditional Torinese drink and dinner at the best restaurant in town, Magorabin-which translates into Bogeyman- with chef Marcello Trentini.

Join us for an amazing week of riding, eating, drinking and cammeraderie. – Pez & Pete 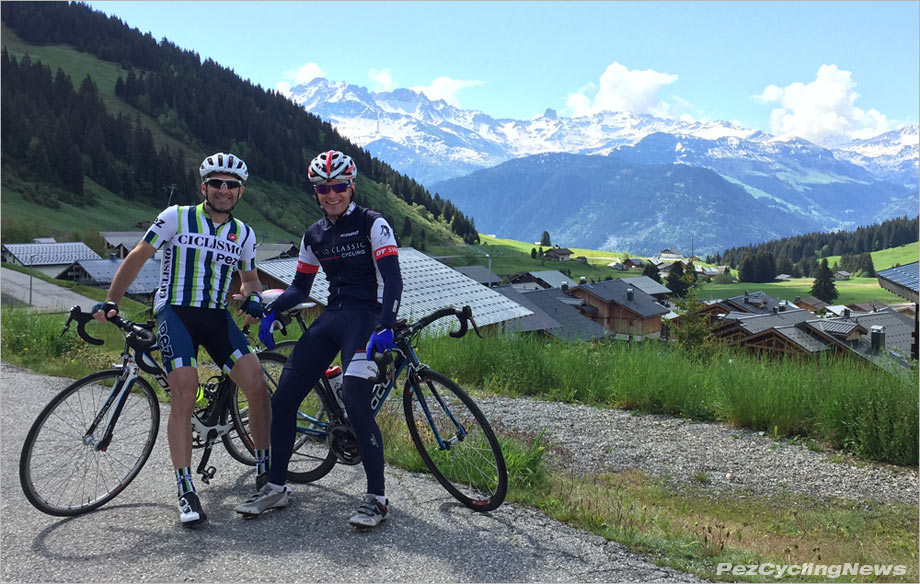 Trip Dates: May 27 – June 4, 2017
Price: US$5000
Accommodation: 8 nights
PEZ Kit for all: Each guest receives an official PezCycling jersey, bibshorts and kit accessories

The Tour of Sufferlandria 4-12 February

Toolbox: Inside Or Out?