Ever thought of visiting Japan and taking your bike along for the trip? If so, Lee Rodgers has the lowdown on the land of the Rising Sun… on two wheels. Japan has everything for the discerning cyclist, climbs, flat valleys, quiet roads and all with a picturesque back drop. Only one problem; it’s too cold in December for Lee coming from a humid Taiwan.

Outside of the major cities riding in Japan is generally great, with beautiful coastlines, clean air, relatively few drivers in the countryside and enough mountain ranges to strike a deep and lingering fear into the hearts of the non-climbers amongst us, but the area around the north and north-east of the island of Kyuushu, the southern most of the main four islands, is particularly fantastic for cycling. 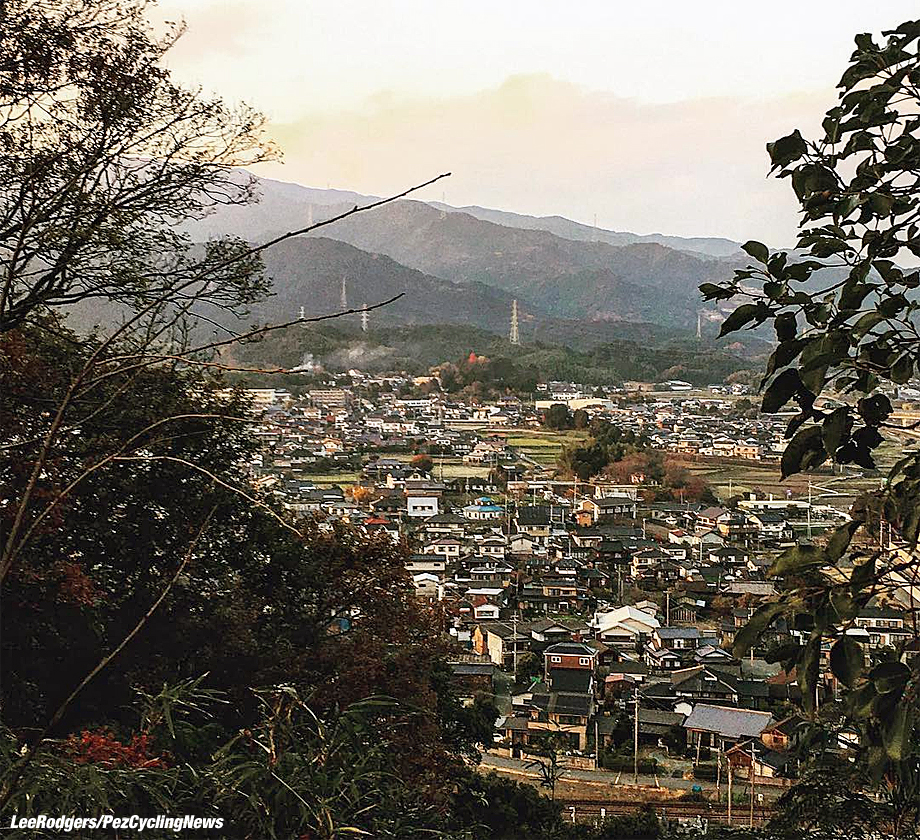 I’m based for the next four weeks right next to Fukuoka-ken (‘ken’ means prefecture in English) some 45km away from the capital of the ken, Fukuoka City. Populated by some 1.5 million people, Fukuoka is Japan’s youngest major city and has the fastest growing population, which, if you know anything about Japan’s falling birth rate and rapidly aging population, makes it unusual. It is also rumored to have the most beautiful women in Japan, something I would obviously know nothing about as my eyes are, like any dedicated cyclist’s should be, always down looking at my stem. 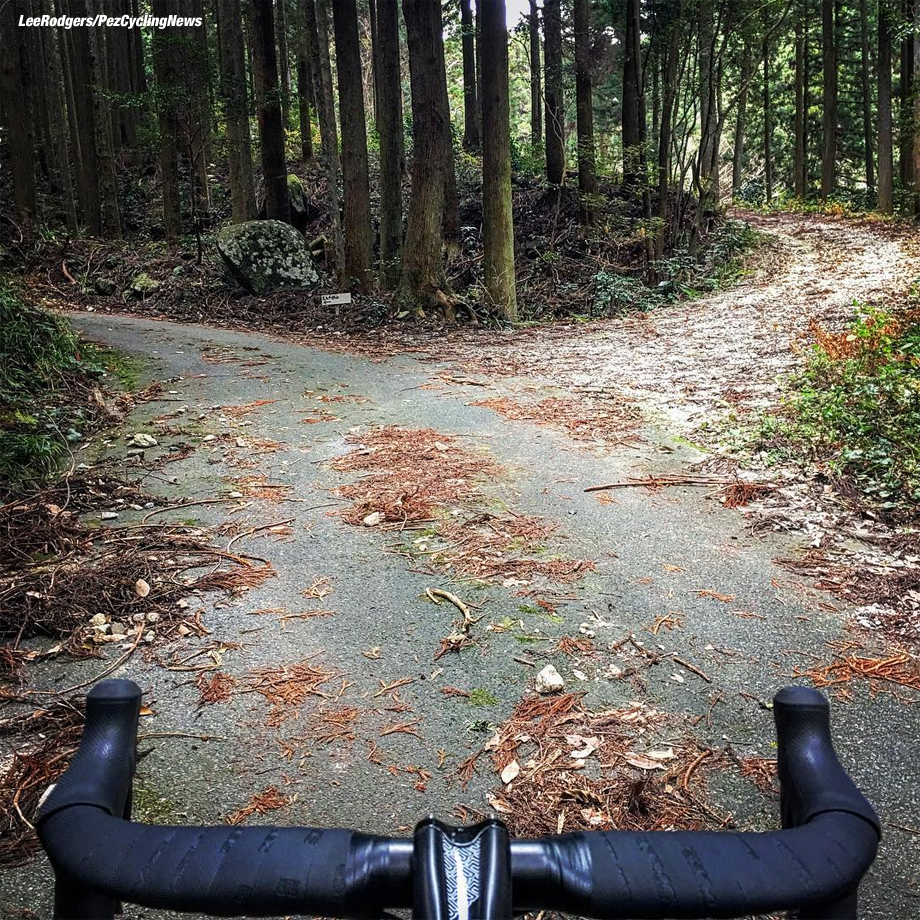 Setting out from the urban areas you’re spoilt for choice with regards to terrain, with rolling hills to the north-west, a flat valley directly south and more flat roads out along the coast to the west towards the sleepy surf town of Karatsu and the beautiful Itoshima peninsula, or to the south-west where more than twenty different roads lead you up, after anything from six to twelve kilometers of climbing, to a huge plateau and even more slender, twisting, criss-crossing up and down roads that take you past rice paddies and through huge forests with trees towering at either side of the lanes. 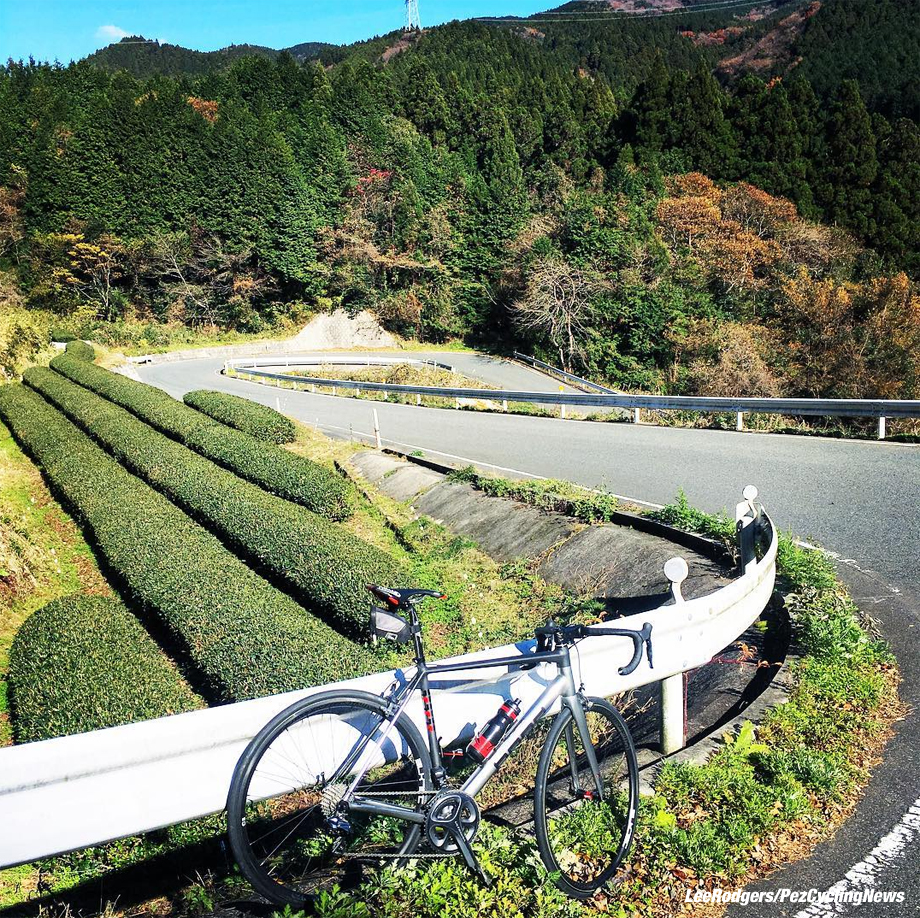 Living out in Taiwan most of the year, I’ve become accustomed to riding either in baking hot and humid conditions or in weather more like a northern Californian spring, a period which extends from the end of November to mid-April. Riding there for the past 6 years almost exclusively, unless I was racing abroad, I became practically allergic to undervests and arm-warmers. These items, along with my winter riding jacket and thermal riding hat, were stuffed away in a box in a wardrobe for ages, happily discarded and gleefully forgotten. 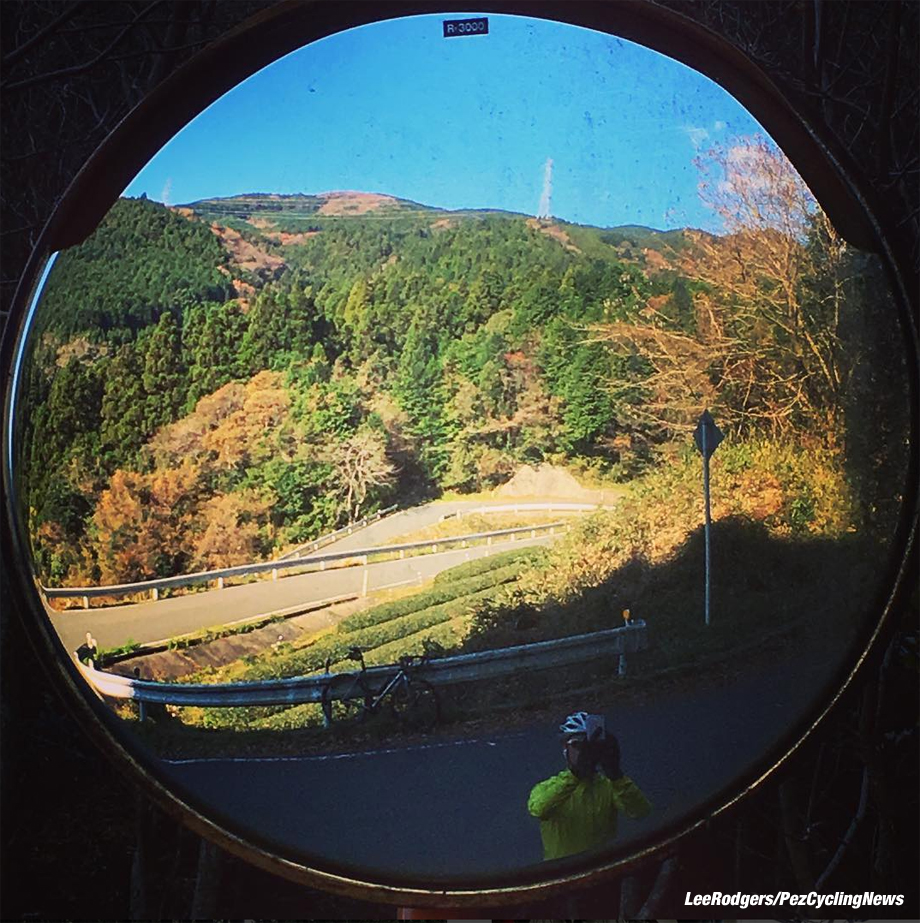 Until now that is. Preparing for this trip I had to rummage into the depths of the closet and stuff kilograms of cold weather gear into my bag to get ready for riding in Japan in December. But hey, I thought, it’ll be fun riding in 10 degrees on the flats and 5 and 6 degrees up on the mountain tops, right?

Wrong. Very wrong. Four rides so far and I’ve been freezing my bollocks off…

Compared to some areas of North America, I know, these temperatures I speak about, in December, are practically balmy, but then I’ve been spoilt (it was 26 degrees C in Taiwan today). On the one hand I pity the cyclists right now who live in Philadelphia, or Buffalo, but then again, why the **** don’t you just move to Florida?! Quit your job, get a plane ticket, and boom, warm weather riding all year. You can worry about the total lack of income later… 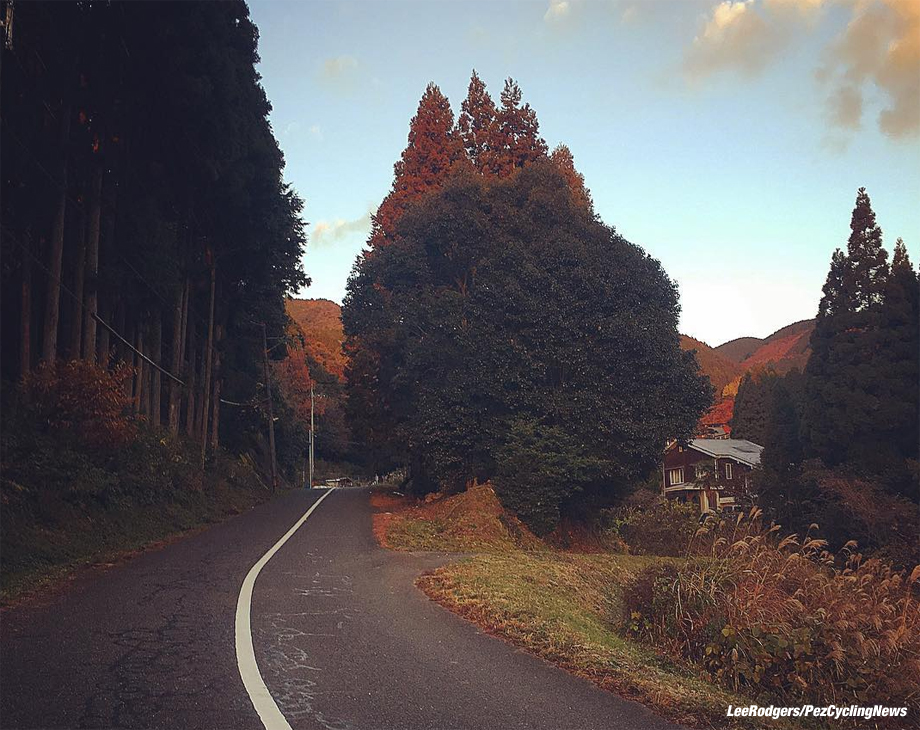 Yet, as you can see from these photographs, there is a reward, a quite gorgeous reward, for dragging my unfit backside up these fantastic mountain roads that are almost bereft of cars and trucks. It’s these fantastic views, crisp skies, Simpsons-esque fluffy little clouds and these outrageous autumnal colors emanating from trees that have often been deliberately planted by local temples purely because of their aesthetic beauty. 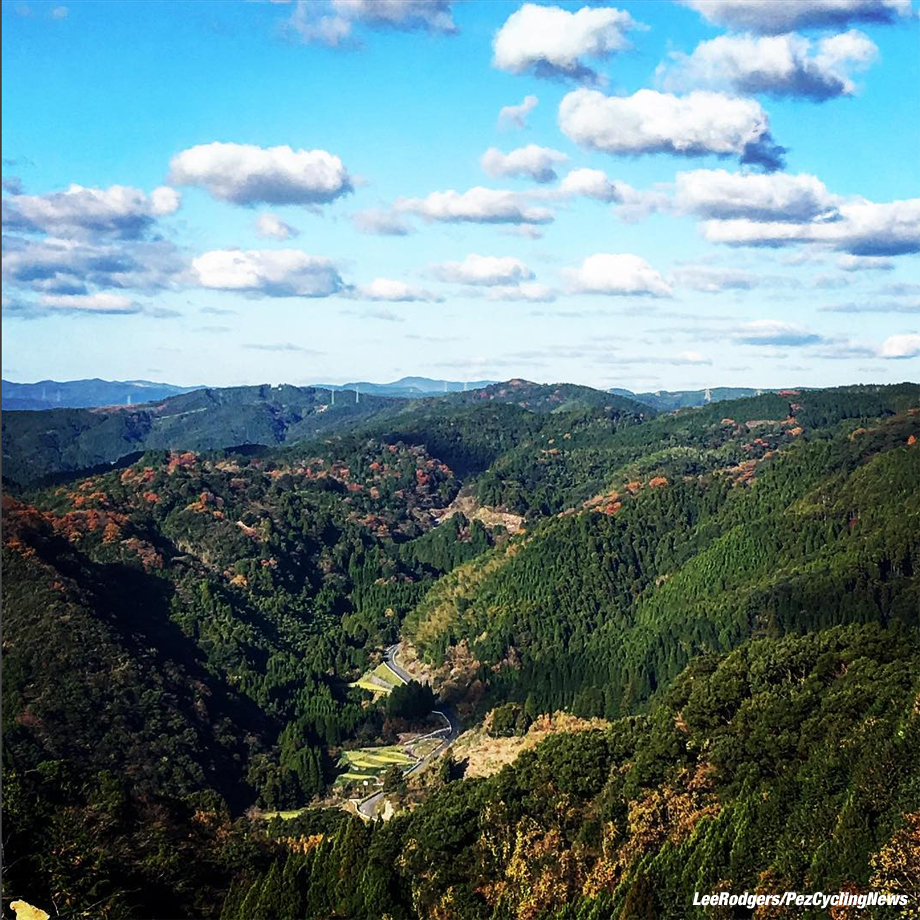 When you’re living in one place for some time you can often take things for granted. I realize this particularly now because I rode through this landscape in this season for years when I lived here before and don’t recall all this, but now, coming back with fresh eyes and after years of riding through tropical jungle, I am seeing things anew. The other day I climbed a hill that used to take me 40 minutes, this time it took over an hour because I stopped so often to get the phone out for a photo. 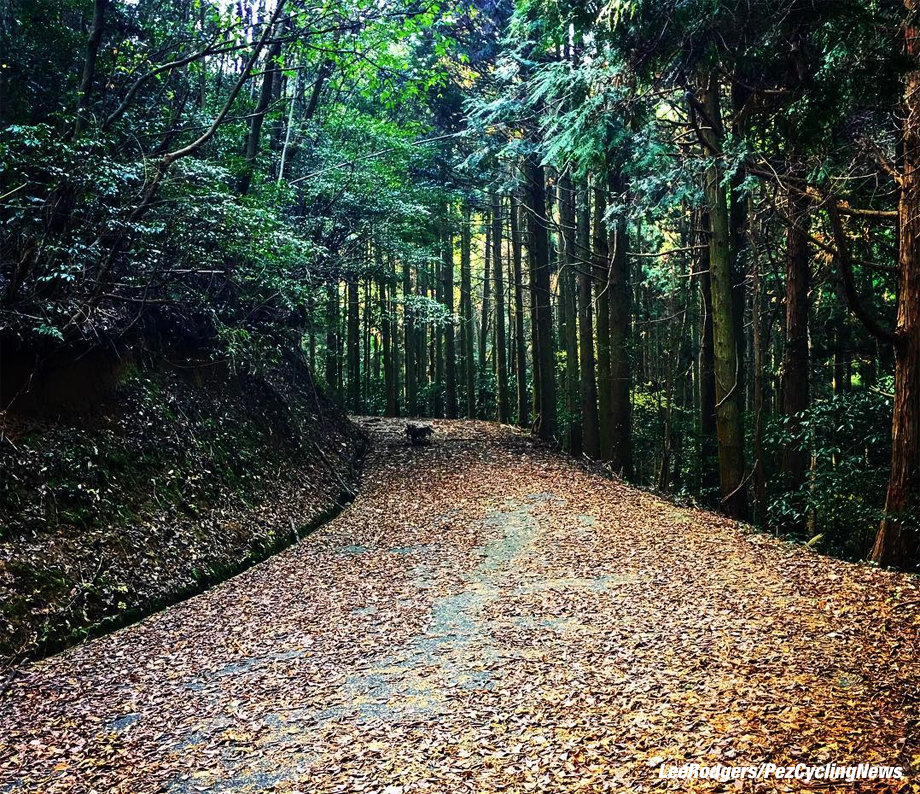 It’s hard to take a bad photo here to be honest, the sights you come across on a ride are often so picturesque that you don’t need an ‘eye’ to capture them, but what I can’t quite yet capture in a photo is the simple wonder of these roads. A car driver generally might not appreciate the quality nor the diversity, as they are usually only concerned in going from A to B in the shortest possible route. A motorbike rider sure, they’ll get some of it, but a truly great road really does, in my opinion, need a cyclist upon it for its majesty to be realized. 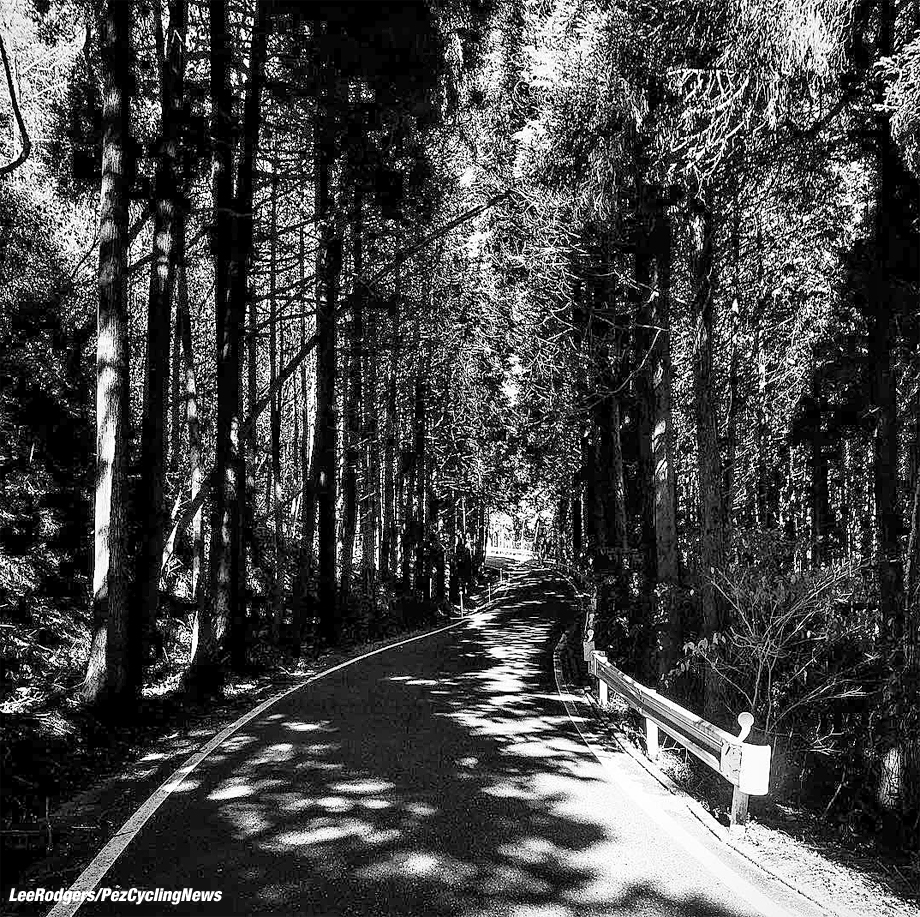 Why are there so many great roads up on these mountains all over Japan? One word: corruption. Many of the prefectures in Japan have traditionally had a rather unhealthy relationship with public works programs, one of which is building roads that aren’t always necessary. These though create jobs and guarantee funding, to build more unnecessary roads in the next financial year. Come the end of the fiscal year you will often see road works springing up like mushrooms after a heavy rain, as the local governments try to ensure that the budget gets spent. 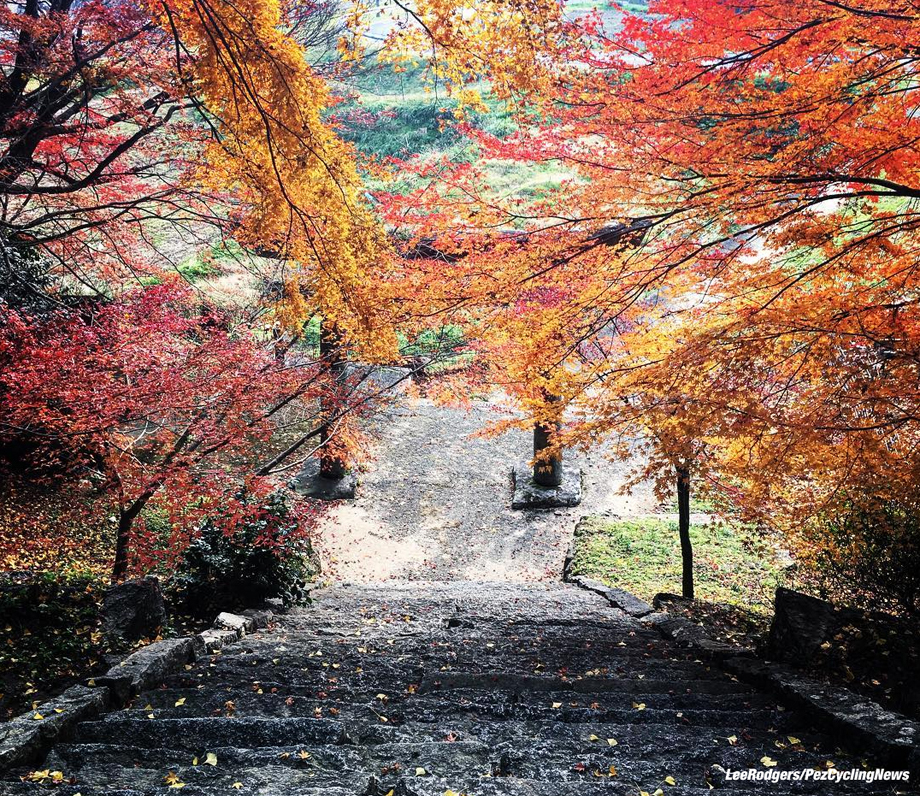 It’s a system that is made worse by the fact that retiring politicians, well versed in greasing the wheels of the system, sometimes with rumored or even proven connections to bid-rigging deals, moving on to work for big construction companies, offered employment for their political connections. This move from government to corporation actually has a name: “amakudari”, which translates to ‘descent from heaven.’ 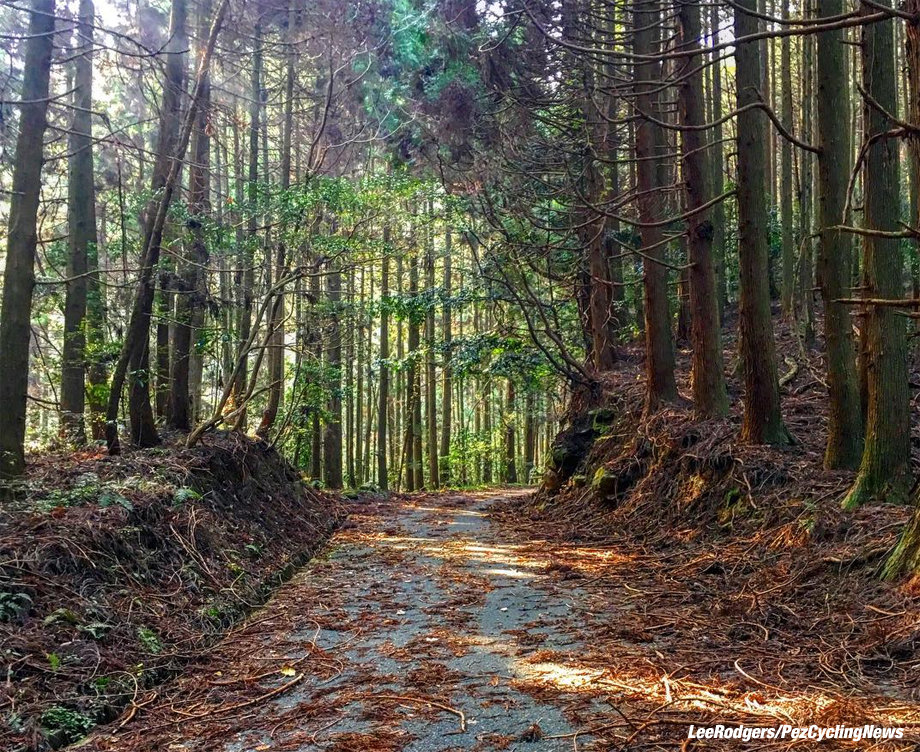 So, often when I’m up there riding these roads I am reminded of this process, especially when I either ascend or descend a road that after 8km comes to a total dead end. However, for cyclists, all this does mean we have immaculate roads to ride, so, no biggie, right? What’s a bit of corruption when it means tarmac like this? 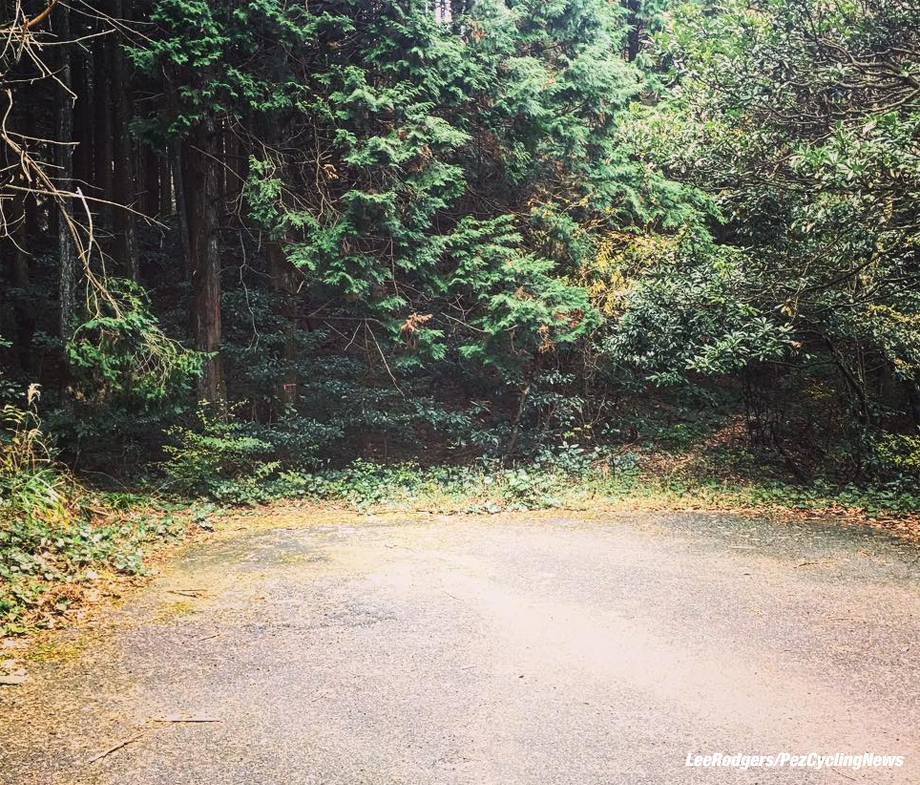 One of those dead-end roads 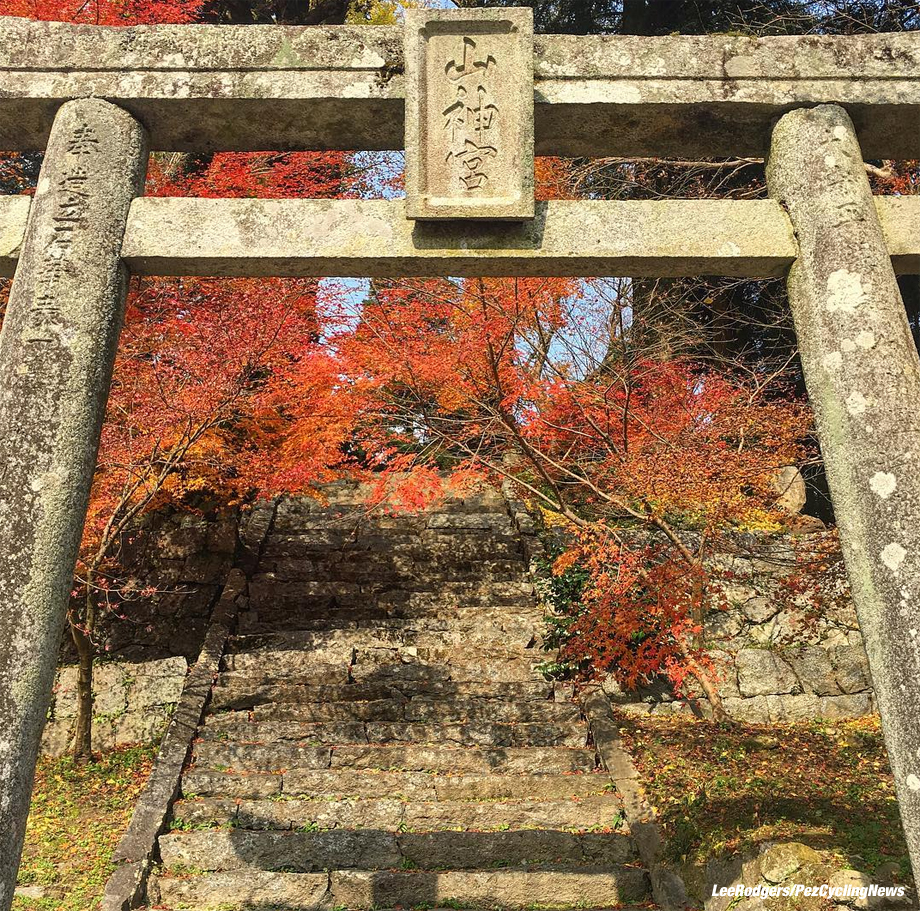 Well, switch ‘road’ for ‘universe’ and yes, then I believe we are getting close to the organic harmony that exists between road and rider. We bring these beauties to life. Over these next four weeks, chilled nether regions or not, I’m gonna get all the frozen harmony I can take… 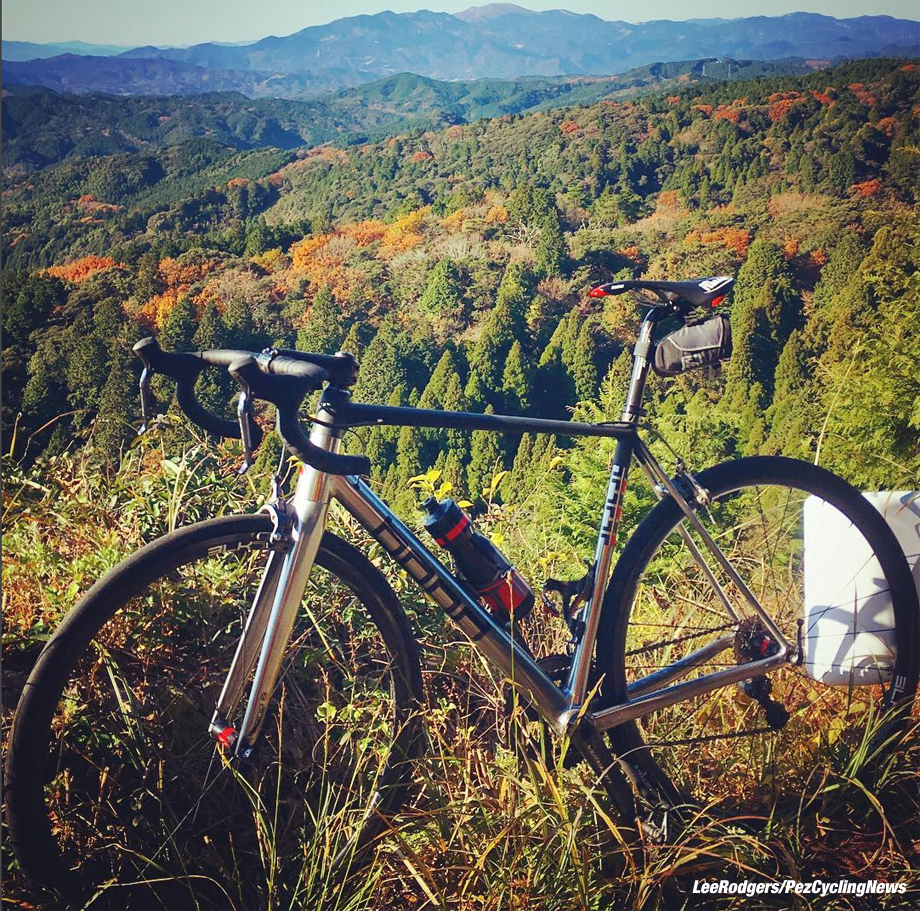