Local Ride: On Board To Horseshoe Bay

One of the classic local rides near PEZ HQ, cycling the 20km from Capilano Road to Whytecliff Park near Horseshoe Bay in West Vancouver BC winds along a jagged coastline marked with evergreen cedar and Arbutus trees. I joined the boys from Le Peloton CC for a Saturday ride that starts flat, rolling through historic neighborhoods, but the pace quickens after Deadman’s Curve as the hills start to pummel you with an unrelenting roundhouse of heart-pounding, acid burning fun.

Click play to see my video review, and see more at the PEZ Youtube channel here.  Or scroll down for the big pics and words.

You might see stars before it’s over, but the serene views across Howe Sound are a just reward for any suffering to hold a wheel or push the pace. A must-do ride for any accomplished rider – drop me a line if you’re in town for a guided tour.

Here’s the Strava map of my whole ride this day, but this story and video focus on the bottom run west from the green dot to Whytecliff Park on the very left – the profile goes from about km 5 – km 25. 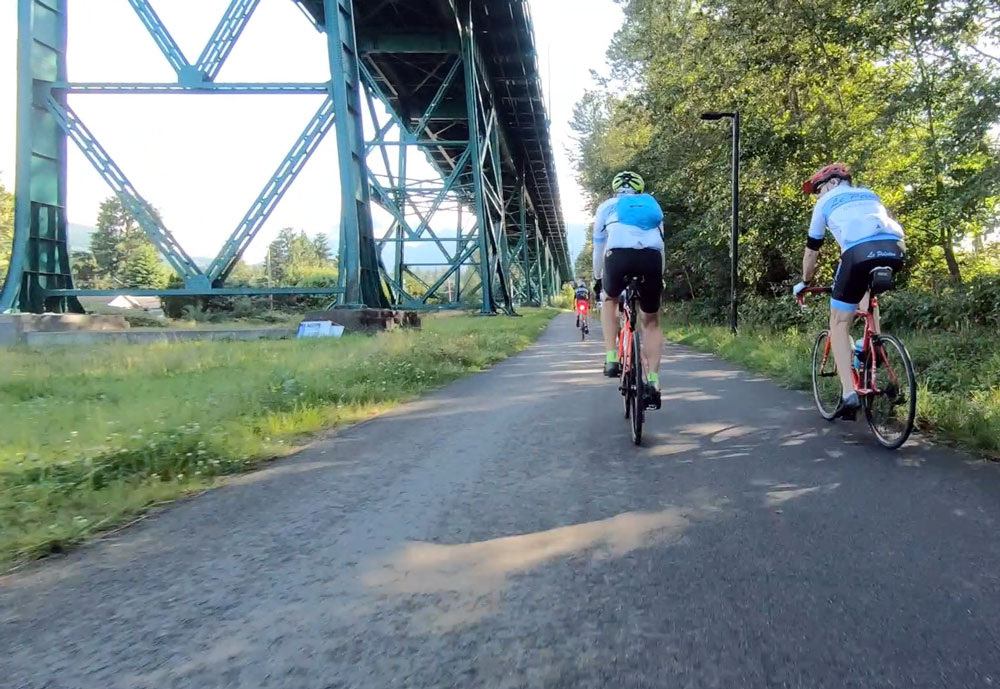 The Lions Gate bridge is iconic to Vancouver – built between 1937 – 38 by the Guinness beer family as part of a deal with the government, it was named as the gateway to the Twin Lions mountain peaks that can be seen to the north from the bridge.  Hailed as a marvel of modern progress in its day, opening up development of the then remote North Shore by crossing Burrard Inlet at its first narrows, today it remains only three lanes wide, and the bane of car commuters.  Luckily there’s a decent bike lane across it. 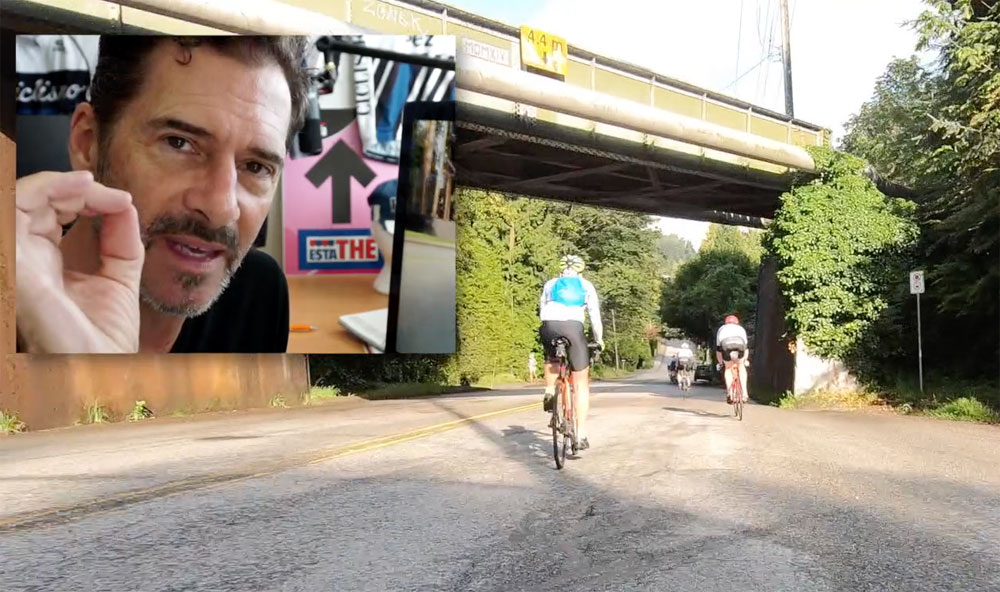 Crossing under the railway bridge here at the bottom of 31st Street signals the start of a long series of rolling hills that continue for about 10km. 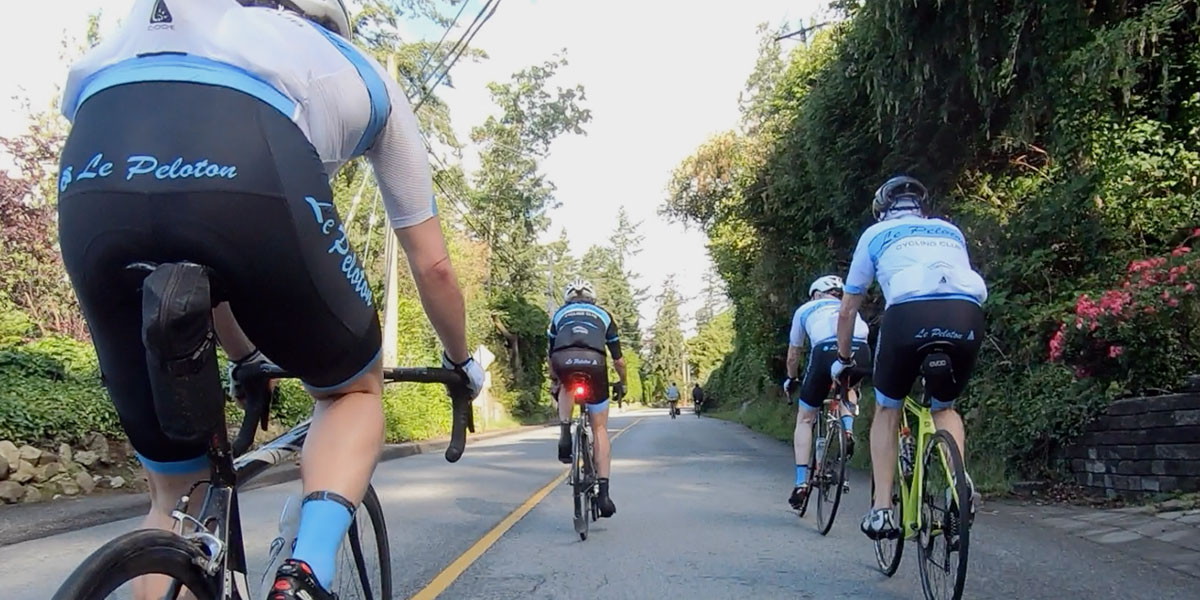 The hills never stop until the end, and each one begs a bigger push, and a deeper dig into the pain cave. 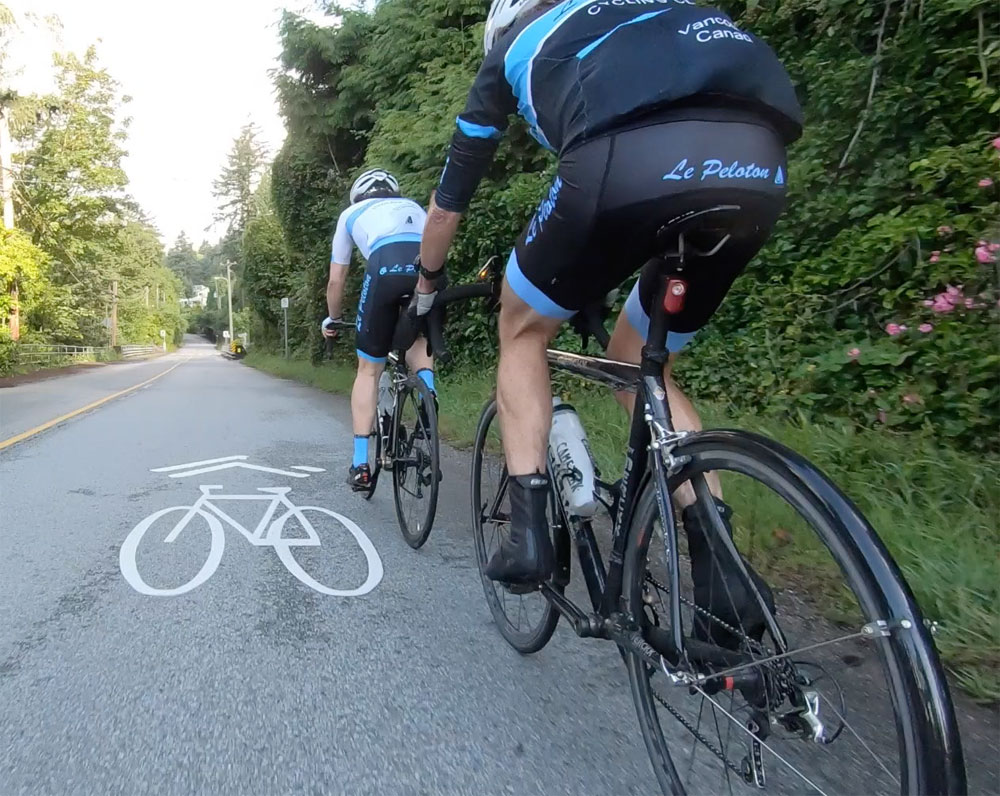 The road follows the coast, but is often separated from the water by homes and trees.  But there are spots with glorious views of the water, like this curve climbing out of Eagle Harbor. 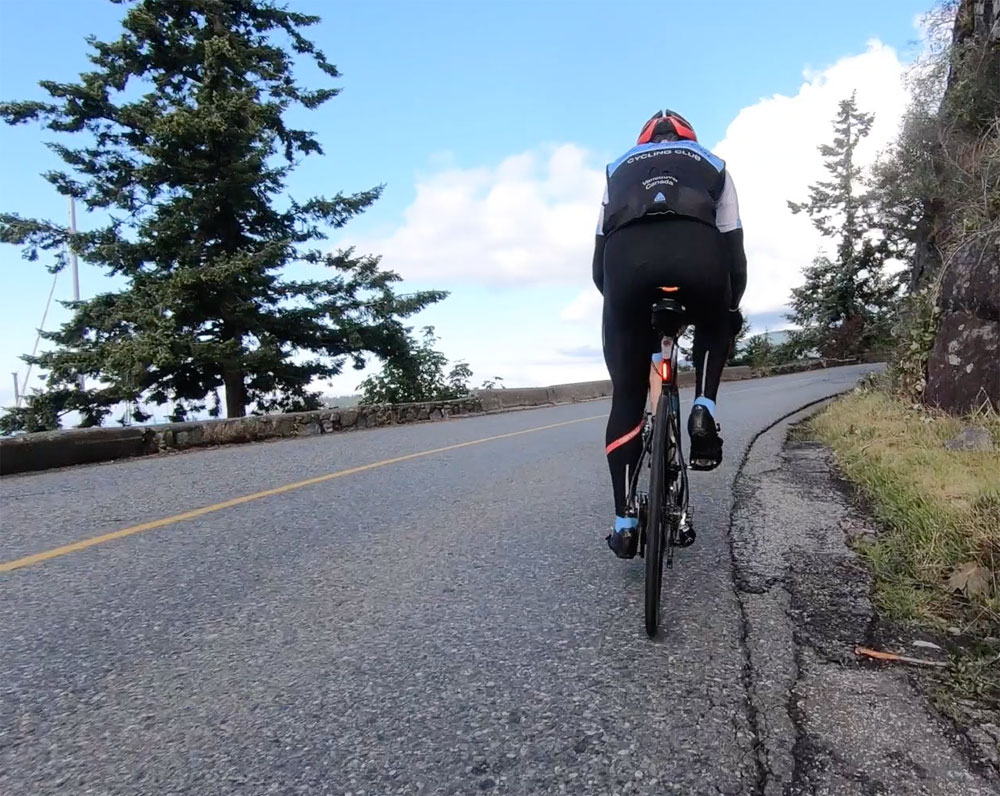 The obligatory rest stop at Whytecliff never fails to remind us of the beauty of our local geography.  Living in a rain forest means it always green, but these days when the sky is a brilliant blue are even more appreciated. 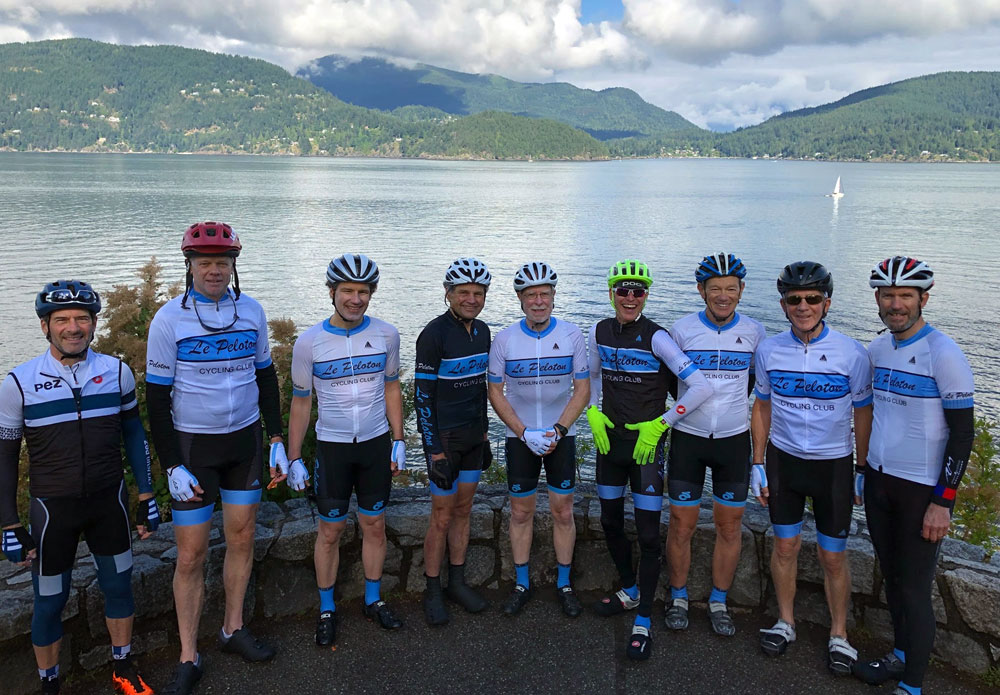