PEZ Looks Back At The Ardennes

It was the week that was – 3 major classics jammed into 7 days and PEZ was there to bring you all of it. Step inside for a look at the B-Sides and rarities, the unreleased deep cuts of the album that was the Ardennes week – PEZ style!

As you know by now if you read any of the Ardennes coverage back in April, it all began in Maastricht, Holland, to be in place for the Amstel Gold race, the first of the 3 races for the week. Maastricht is a simply stunning town and I was in love with her from the moment I put my feet on her cobbled streets. She’s all purdy and stuff. I made note in the original article just how ingrained bikes were to her infrastructure, but had failed to pass along imagery of one of her many stables near the river. Dig it. 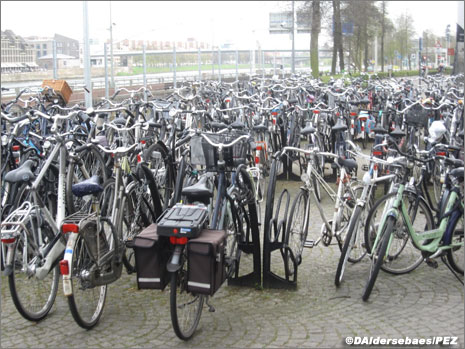 The center of town was where the race started from, and no better venue for the departure! Outside of the race, it’s one of the world’s greatest photo ops for the tourists and the bike borne cycling journos in front of the 17th century town hall building. 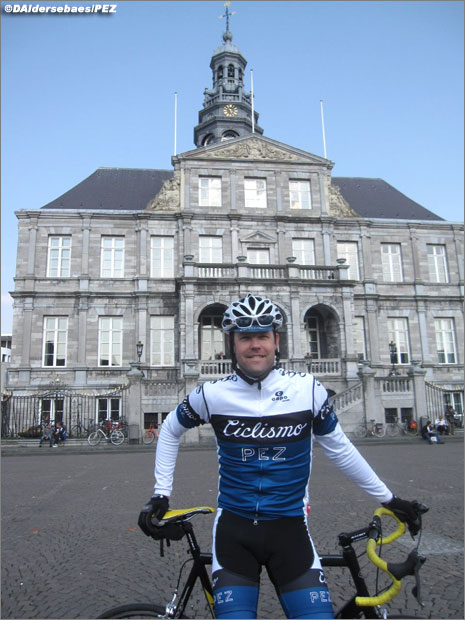 And the market square is welcoming in so many other facets. All you need is a few Euro and there’s a seat for you to sit back, drink a beer, and watch the locals speed about on scooters and bikes. The city is literally at your feet. 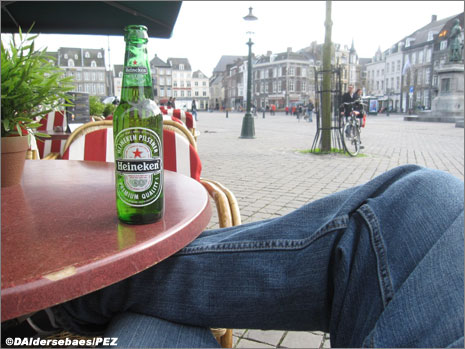 But every day didn’t seem to last long enough. Before we knew it we were looking over the next day’s ride or race and readying ourselves for dinner and bed. 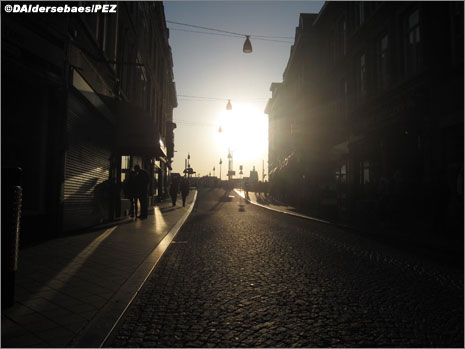 The sun sets on Maastricht.

First up was the Amstel Gold race, a veritable party/holiday/keg bash all rolled into one. The bars were packed with fans and the streets were full of kids, taking their stab at the mighty Cauberg, much to the delight of the assembled onlookers. 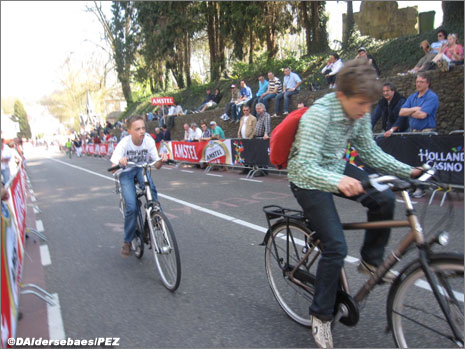 Of course, the trip was made so incredibly perfect for yours truly by way of being embedded with the Velo Classic Tours company run by Peter and Lisa Easton. A pair of cycling crazy affable New Yorkers, the Eastons left nothing to chance. Whatever kind of ride or route you wanted, you got it. And the dinners that came included with the Tour package were simply stunning. Pete knows his wine like nobody’s business, just just pick your meal, let Pete pick the wine, and recap the day’s stories. The riding and the food, those were the two pillars that supported the excellent race viewing days.

For after days spent ripping in and out of the Dutch and Belgian countryside into tiny little hamlets like this….. 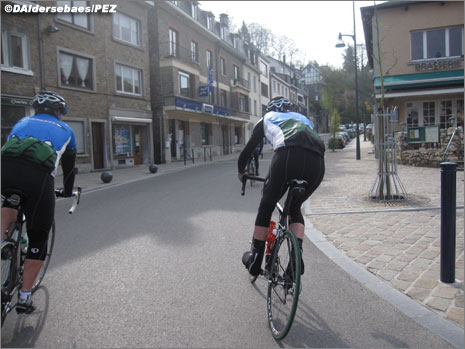 There was a fabulous meal like this awaiting at the end of the day….. 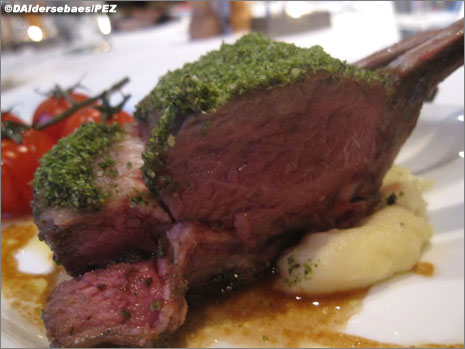 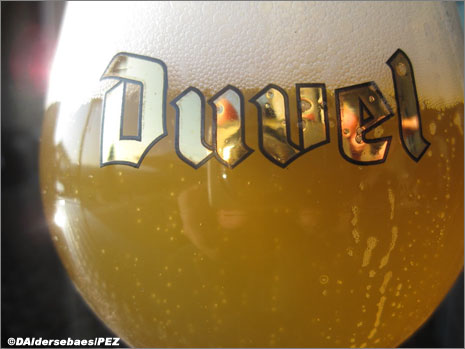 Could you really ask for more? I think not. Let’s face it folks, if you’re looking to have a European bike racing/riding/eating/drinking/soak-it-all-in vacation, just dial up VeloClassic.com and check out your choices. It’s fire-and-forget, all you have to do is show up to the allotted start points on time, then take it as you will. Wanna go slow? No problem. Wanna go fast? No problem. All facets of your ride experience are covered tire-to-tire. Where else would you stumble upon the monuments of cycling, like this? 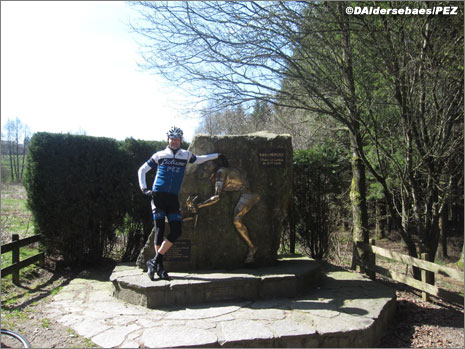 Along with all the cycling history, the lands covered in the Ardennes of course have their own storied history. Wars have been waged in the now peaceful hills, but you are never too far from a reminder of the great sacrifices made by many in the name of freedom from tyranny. 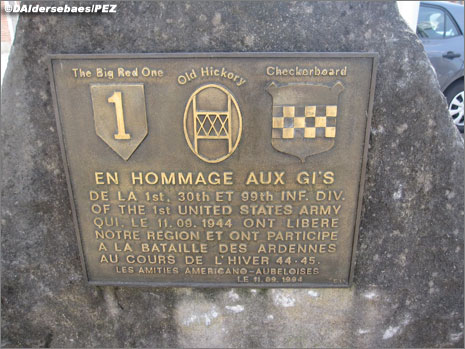 We were awfully lucky over the week to have some glorious weather. The one day when we did actually have a dense, wet fog hanging over us, it felt welcome. I had come suspecting weather to be “typically” Belgian, which is not too unlike my own home weather in Portland, Oregon. I had even purchased a new top-notch Showers Pass rain jacket to brave the elements. I used it only on this foggy cold day. Here’s an ominous shot of Eric De Clercq and a spooky tree. This was the only “weather”-ish image I got. Like I said, we were lucky. 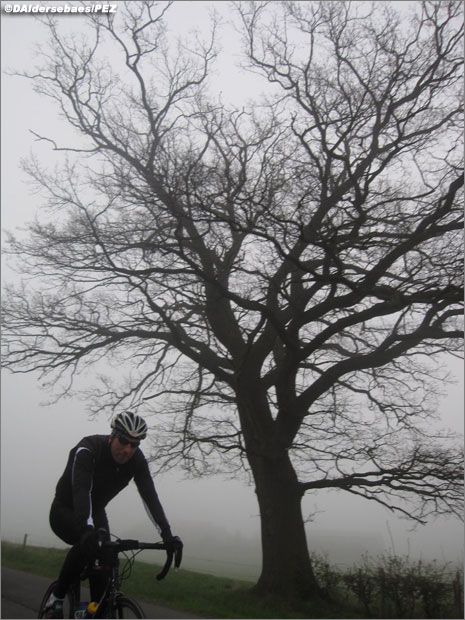 It was chilly and foggy, but nowhere near a bad weather day. When you got cold, there was always a climb not far ahead to warm yourself on. 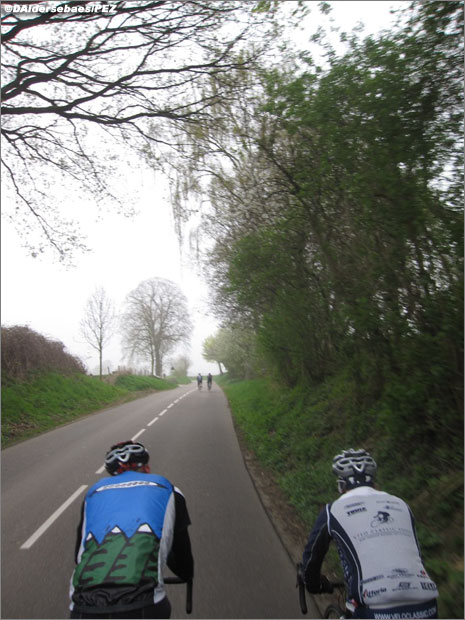 Of course, another welcome threat was that of being stranded in Europe due to the volcano in Iceland. The old girl had thrown European air travel into a right tizzy, and for the first few days while flights were grounded the azure blue skies were unsullied by aircraft. Then, one day we heard military flights on test runs. Then, slowly, the skies filled with the contrails of commercial aircraft shuttling the hundreds of thousands of those stranded to their destinations. While observing the entire Philipe Gilbert fan club l (all 3 busloads of them) watching Liege Bastonge Liege the skies were back to full traffic patterns. I was personally hoping to be “stranded” a little while longer. 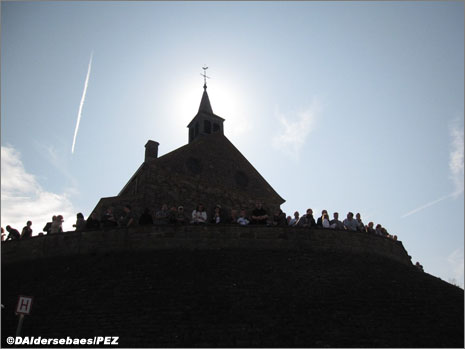 Of course, the race days were a real treat as well. Firstly, we had the know-how with the Velo Classic folks to get to the best viewing spots and see the race from the best angles. Whether it was catching Bradley Wiggins on the Mur de Huy on lap one.. 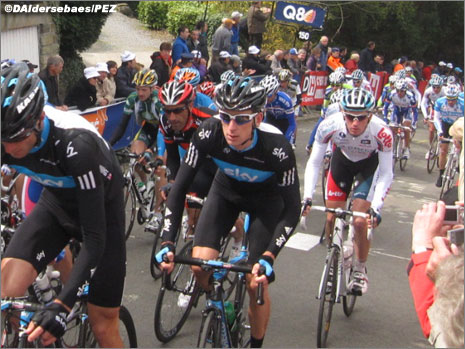 Or catching the podium roll by in order after a tight finish…. 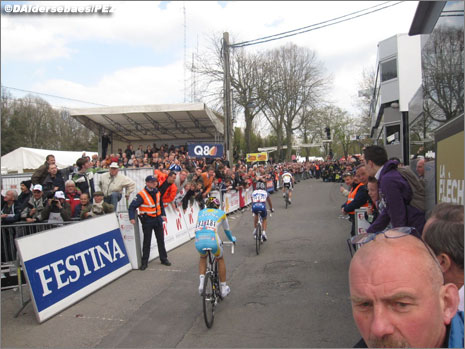 You’re going to get the right spots to see the action you want to see, that’s for sure. And after doing some of the famous climbs of the race routes, you might get lucky enough to end up on Belgian TV, like Peter, Lisa, and Eric did. 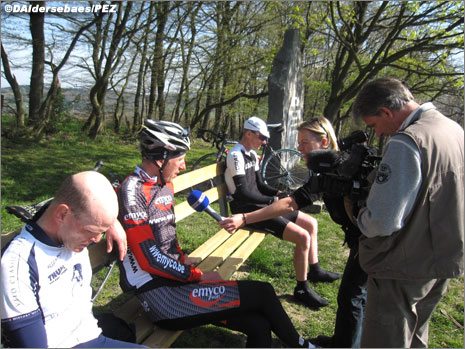 Climb La Redoubte, get on TV.

And you just might run into a familiar face or two along the way. 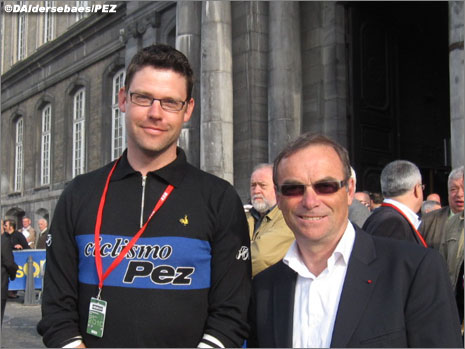 Of course the trip wouldn’t be complete with not only the storied climbs, but the cobbles as well. Sure, it’s not the bone jarring quantities you’d get if you chose the Flanders/Roubaix trip, but the town of Stavelot offers up a little teeth chattering if that’s what you’re seeking. And as the inside joke festered in our camp, remember, it’s only 11km to Stavelot, no matter where you are. 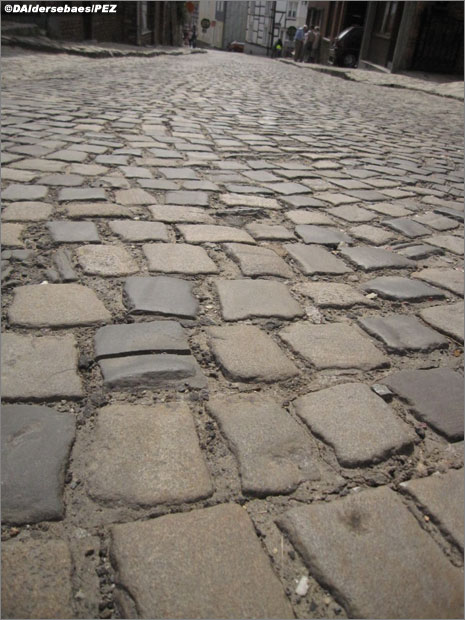 For you, I hope it was some enjoyable words and images. For me, ti was undoubtedly the trip of a lifetime. All back and settled in the States and back to “real life” I’ll be popping up again before too long to hopefully bring you the sights and sounds of the Tour of California, and the Cascade Classic – a little closer to home. And while I’ll be here stateside bringing you domestic race action, I’m afraid that forever a piece of my heart and soul is somewhere in the Ardennes. 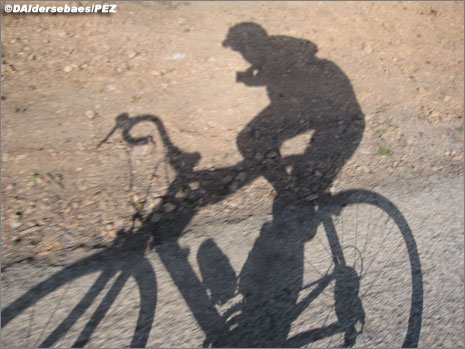