Top Rides: The Walls of Jericho

Europe-shmeurope – sometimes the best rides are right outside your front door, all you gotta do is look. PEZ-Fan Dave Auerbach’s eyes are open and lucky for us he sent in this great look around his area in Vermont. It may be snowed in right now, but this is one worth checking out…

Being from the west coast, I grew up among things that were young: a young culture, green, young-feeling landscapes, and young mountains that are still growing. I have spent much of the last several years living in Vermont, my first encounter with New England, and I must say that it feels old. I mean that in the best way possible—there is a sense that the buildings and the landscape they inhabit have seen a lot. Exploring the forests you half-expect to see Robert Frost stepping over a stone wall and muttering something about the path less traveled. Even the mountains are old, ground down to rocky nubs that bear witness to their former heights. 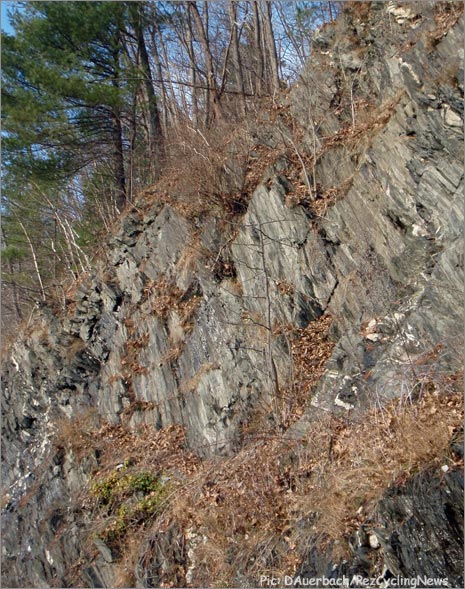 Want to talk old? These metamorphic rocks (schists) were thrust from the Atlantic coast to Vermont about 400 million years ago. Back then, North America was in the Southern Hemisphere. Helps to set the feeling for the whole area.

So while New England can’t claim much in the way of truly long Alpine-style climbs, it is certainly not flat. The topography is decidedly lumpy, providing plenty of shorter climbs to keep those of us who love to climb happy. I have been lucky enough to live on Jericho hill, which is the summit of three different climbs. Each has its own character, and many local rides go up one climb and down another to add some sustained climbing to the rolling roads of Vermont and New Hampshire. 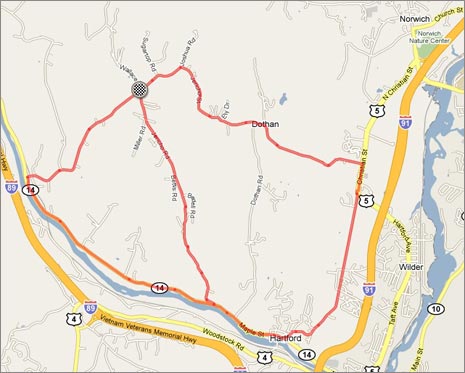 Three roads lead to the junction at the top of Jericho.

East Jericho
The largest local community of riders is probably based around Hanover, and the easiest access to the Jericho area from there is to cross from New Hampshire into Vermont and ride south on US Route 5. Shortly after passing the Bike Hub, the small but excellent local bike shop, Jericho Street heads off to your right. 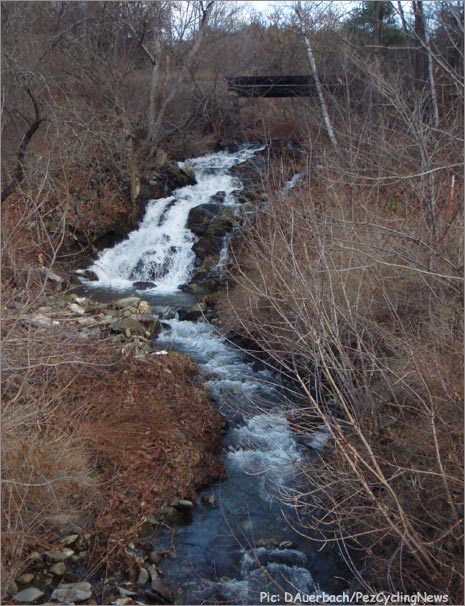 As the climbs head upward, the rivers come down from the hills. Jericho is drained by Dothan Brook to the east and Jericho Brook to the west.

Conveniently, Jericho starts with a brief flat section—giving you enough time to doff winter clothing or unzip as you ease into the quiet that falls as you leave the main roads. Then it’s on to the climbing, which opens with around three-quarters of a mile of 6-8% grades. Pavement quality here is a bit sketchy, so keep your eyes open. The road is, however, nice and straight, giving you a good chance to appreciate what’s ahead as you steadily ascend along the tree-lined road to the hamlet of Dothan.

Upon reaching Dothan, if you are feeling rather out of shape or realizing that you are running behind schedule, you can pull the ripcord by turning left on Dothan Road, which will take you on an easy descent back to Vermont Route 14 along the White River. Route 14 connects quickly to most populated areas, gas stations, coffee shops, hot showers, and the like. 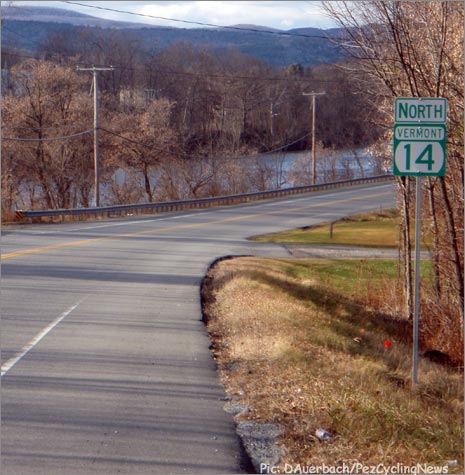 All roads lead to Rome; Route 14 leads to Jericho.

If you continue uphill Jericho Street from Dothan, the road kicks up for a section that averages 8-10%, although some pitches are decidedly steeper than that. As the road levels out at the top of the climb, the fun continues—the pavement ends. Jericho Street has existed for at least a couple centuries, but until the 1970s it was entirely dirt—today just enough is retained to get a feeling for what it was once like. Despite some large gravel and potholes, this section is not difficult to ride in dry conditions. The quality of the surface depends on how recently the Hartford road department has re-graded it, but it is typically hard-packed dirt. It brings to mind a miniature version of the Colle delle Finestre, which the Giro last climbed in 2005. Remember the day that Savoldelli used his descending skills to reel in Simoni and secure the pink jersey? That was it. The Finestre is back in the Giro for 2011, so if you want taste of that, you can get it here. 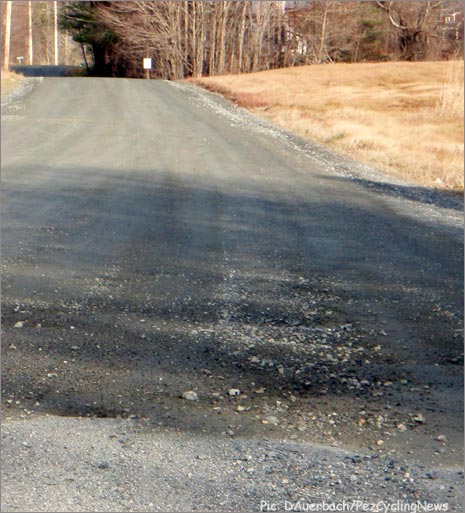 A little dirt always spices up your ride.

The dirt continues for about a mile, returning to pavement just before reaching a three-way junction. This is the longest route to access the top of Jericho, but is anything but continuous. Dothan and the unpaved section break up the climbing to make for a nice, varied ride. 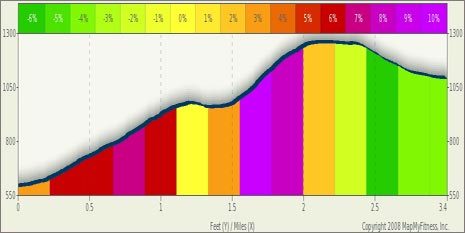 Jericho Road (AKA Middle Jericho)
Jericho Street meets Jericho Road in the historic Jericho community. Following the end of the French and Indian War in the 1760s, the British crown offered free land as encouragement for settlers to move north into what was then the Province of New Hampshire 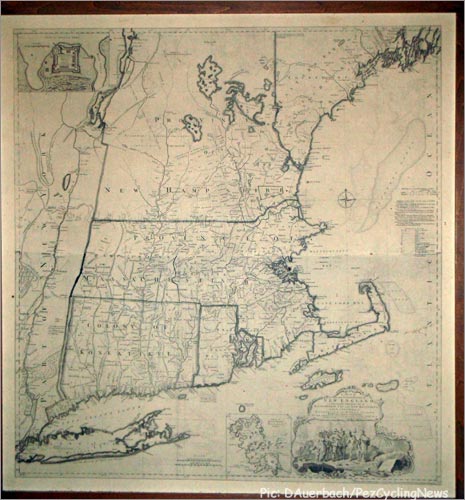 They drew the lines a little differently in the 18th century. The block north of Massachusetts is collectively the “Province of New Hampshire” Vermont didn’t become a state (the 14th) until 1791.

Settlers, particularly the extended Lyman family, raised livestock and practiced small-scale agriculture. Many of those early structures are still in use; stone walls that would never be built today criss-cross the cleared pastures. 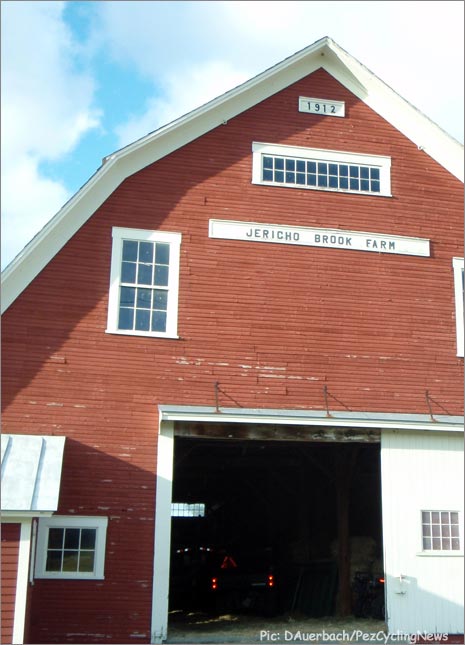 On Jericho, this barn is just a young-un. Many of the farm structures were here well before the 20th century. 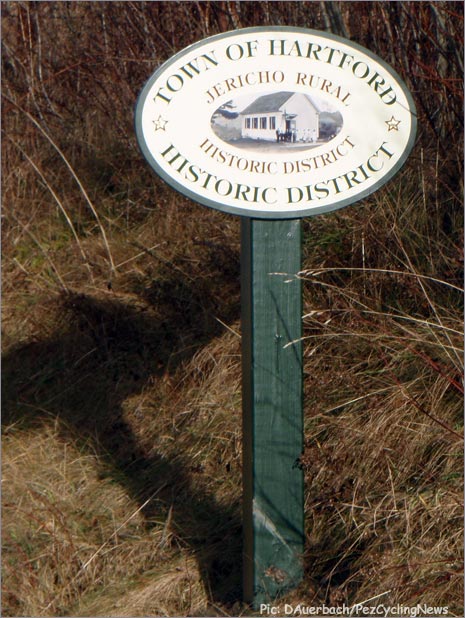 Just in case you weren’t clear about the historic nature of the place, there are signs to straighten you out.

Follow Route 14 up-river from Hartford, then turn right–the climb starts immediately. The road winds steadily upwards for 2.5 miles (4 km). Grades are very manageable, varying back and forth between 4 and 8% over the length of the climb. In fact, this path up Jericho is so average that there is little to say about it, but if you’re having an off-day, Middle Jericho is probably the best way up as well as down.

For those who climb Jericho via one of the other routes, Jericho Road makes a very comfortable descent. Even as a somewhat conservative descender, I find no use for my brakes until the last few turns at the bottom. If descending, however, one should be aware that Jericho Road is still downhill straight to where it ends at VT-14—no flat stretch to coast to the stop sign at the end of the descent. 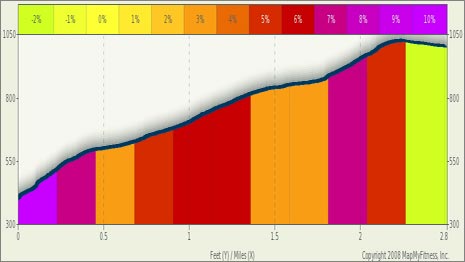 West Jericho
And we save the best for last! The shortest of the three Jerichos at just 1.6 miles (2.5 km), the west approach is also the steepest.

You enter Jericho Street from VT Route 14. Up the hill, turn at the stop sign, and across a railroad overpass that looks sort of like one of those manufactured ‘cross hills. 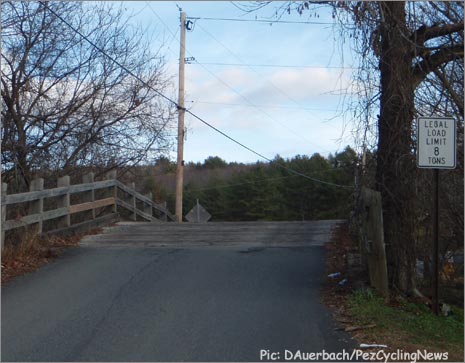 Better not be a sprinter.

In my mind, the climbing on this side of Jericho Street divides nicely into two parts. The opening is a very manageable, consistent grade. It is reminiscent of the lower part of Jericho Street on the east side, where you climb up to Dothan—steady and open, although the pavement is better here. As you climb, you pass through an area known by the tongue-in-cheek title of “MowTown.” No matter the season, the grass always seems to be recently manicured. 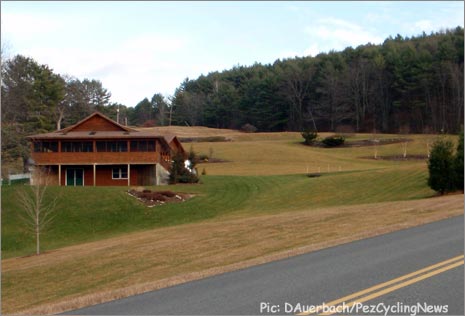 In order to live here, you need to own at least one riding lawnmower.

Then, immediately after Wildlife Road branches off to the left, trees lean in from both sides of the road and the pavement kicks up in front of you. This is the steep part (approximately 12%), the part where I always look down and grimace at how low my speed has become. 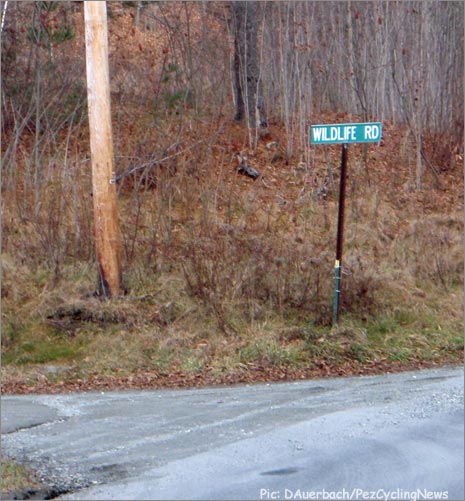 Wildlife Road marks the beginning of the suffering.

Toward the top, the grade eases off a bit and eventually flattens. At this point you come out of the trees and the scenery becomes pastorally spectacular—farm fields, rolling Vermont hills, and old barns. The remaining part of the climb is relatively easy, with only a very brief steep pitch. 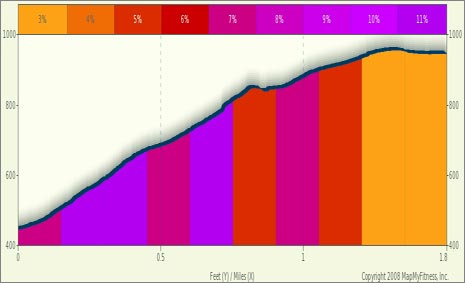 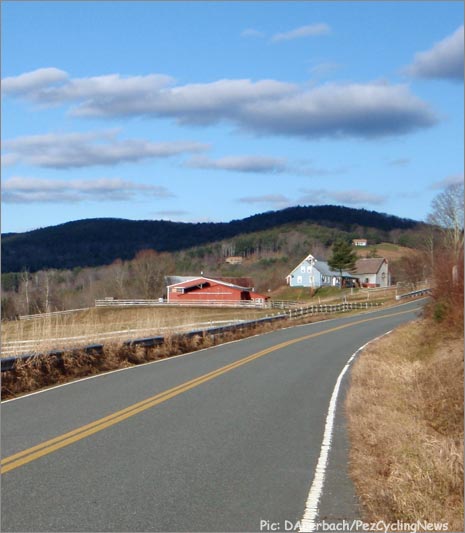 At the top, you come to the Jericho Street-Jericho Road junction. Here you can pause a moment before taking the descent of your choice back to Route 14 and the White River below. 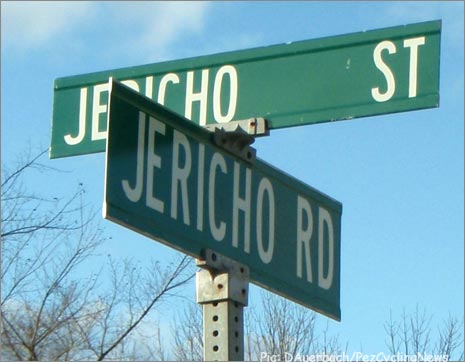 Leaving Jericho
One of the great things about Jericho is that there are three routes to the top, which makes for lots of different possibilities for loops. When you include Dothan Road, there are plenty of options—with dirt or sans dirt, steeper or gentler, longer or shorter. Coming off of Jericho hill returns you to the river and the quiet fades back to the background noise of population.

(Alarmingly) I don’t drink coffee, so I will have to forgo the obligatory Top Rides shot of a cappuccino in favor of something more endemic to Vermont: maple syrup. If you have a hankering, you can stop along the climb of west Jericho Street and pick some up! 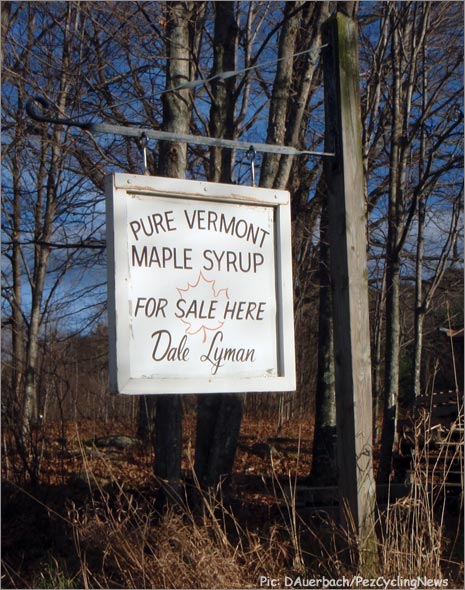 Thanks to local residents John and Judy Wiggin for taking the time to talk about the history of the Jericho area.

Travel: The Pyrenees Coast To Coast