For most people, China conjures the images of nasty pollution and urban sprawl with densely crowded cities.  Very few realize that the Middle Kingdom possesses some absolute gems for cycling enthusiasts; China is a large nation and there are countless amazing cycling experiences to be had. 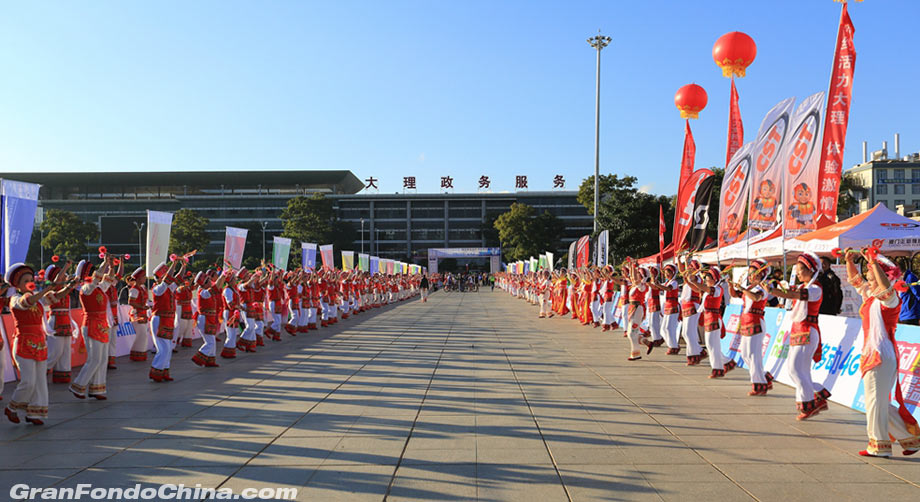 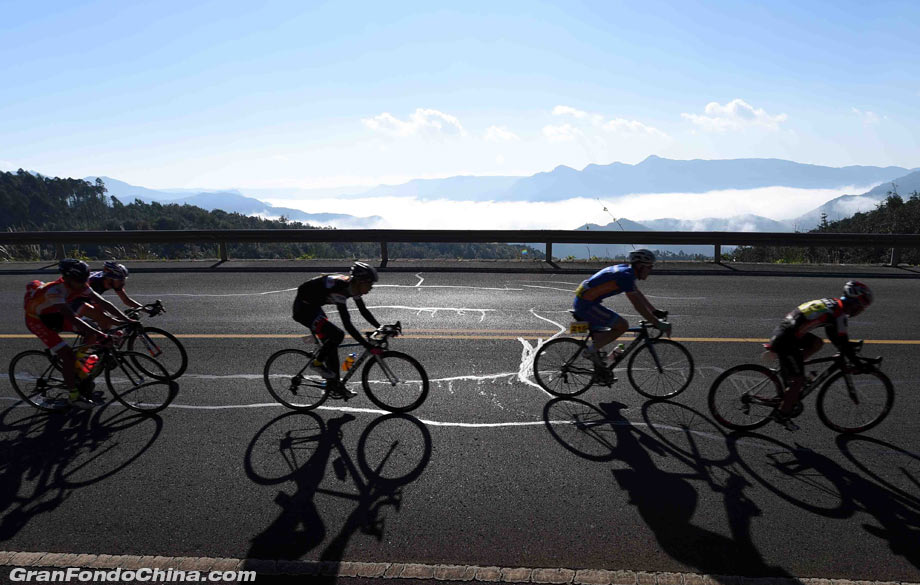 In recent years, the Gran Fondo concept has been gaining impetus among the Chinese riders as they seek to depart from the short, flat circuit races they are used to and challenge themselves with more difficult and beautiful courses.  It is also an opportunity for Westerners to take part in organized cycling events and experience the different cultures and the stunning scenery – which rivals any place in the world.  Yes, cycling in China is thriving and event organizer Nordic Ways is at the helm. 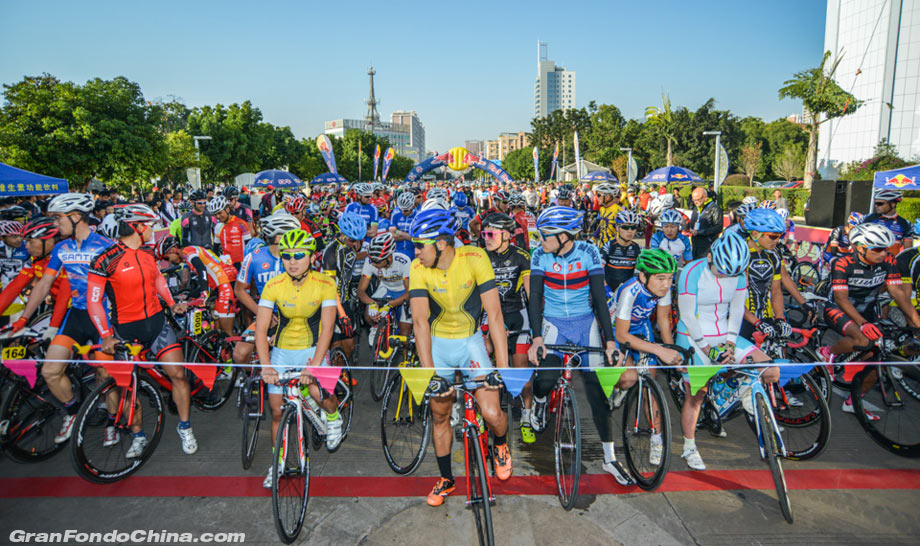 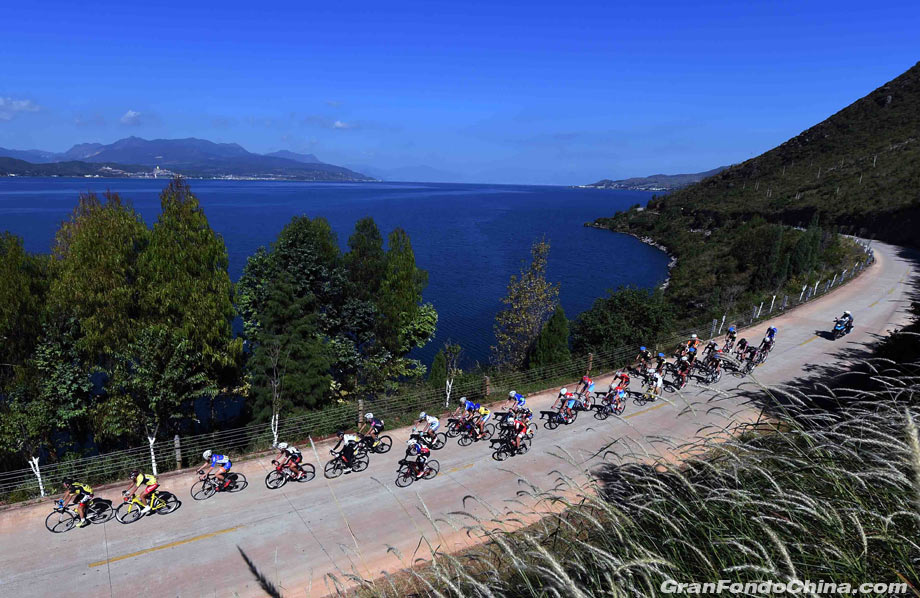 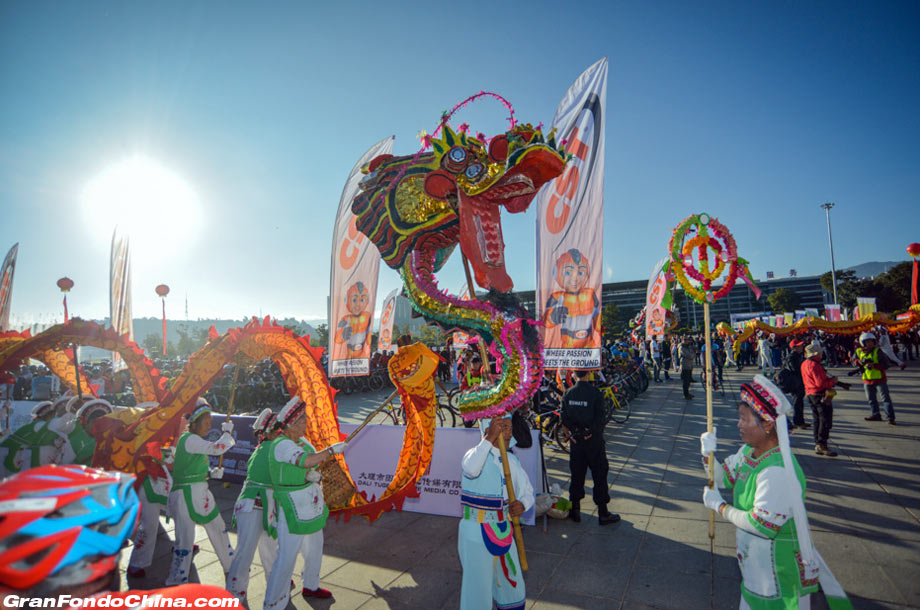 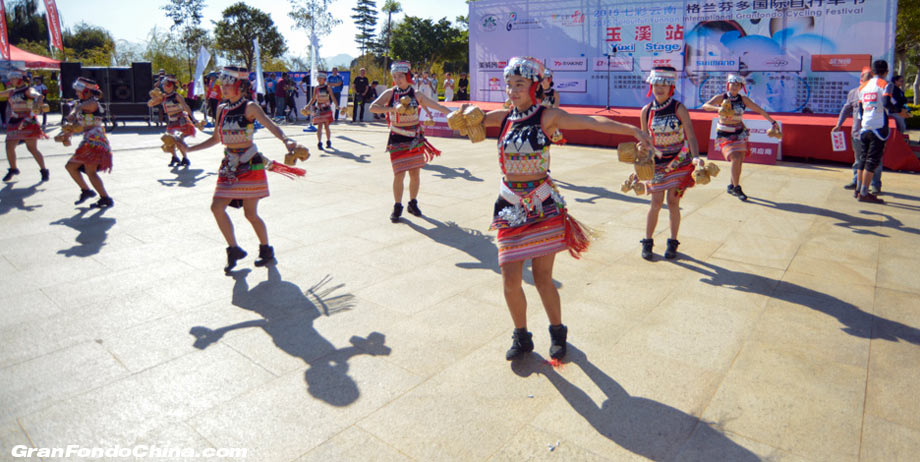 One difference you will notice from races you normally partake in, is the grand pompous nature of the opening and closing ceremonies each day. If you show up to the starting arena early enough, you’ll be treated to an amazing spectacle of Chinese cultural performances that are different in each city. You will see the traditional dragon and lion dancing performances among other impressive traditional dances and music; indeed, images that will be forever imprinted on your memory of Yunnan. Furthermore, riders ride through small villages that are lined with local Chinese performing cultural dances and soldiers saluting the peloton as it rolls by. 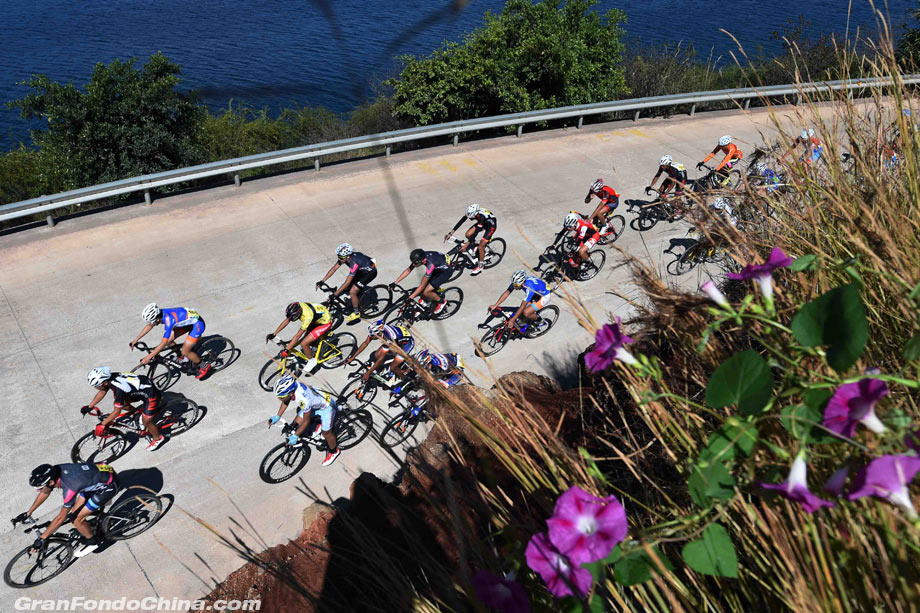 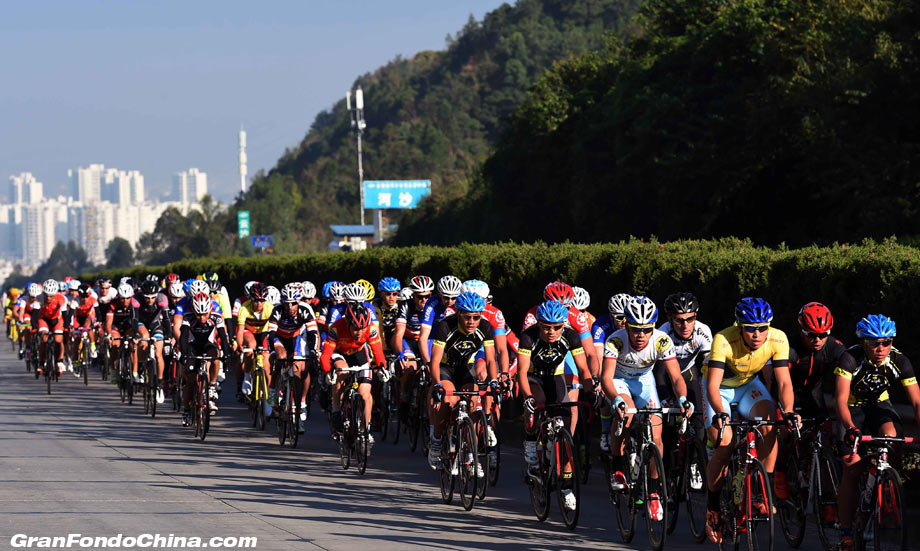 This year, the race played out beneath gloriously fantastic blue skies. The peloton was composed of 29 nationalities represented across five continents and many of the top Chinese amateur riders all vying for top honours in the general classification after five days of racing across Yunnan. The decent prize money was added motivation for the top 15 riders on GC plus prizes for the top six for each stage.  True to the nature of Gran Fondo racing, the courses were challenging and offered something for every type of rider.  What was brilliant about the event was the 100% closed roads with police marshalling every corner so that rider safety was paramount; furthermore, there were drink stations at regular intervals along the course making it easy for riders to refuel. 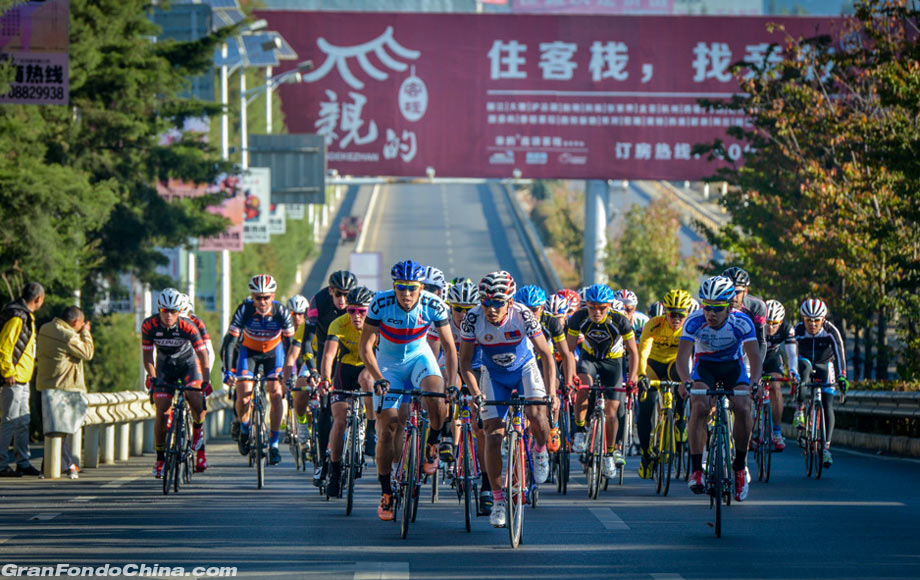 The Mongolians dominated the event and won the GC for both men and women’s long distances. It was a closely fought tour with the Yunnan wonder-kids raising eye-brows with their superb climbing skills, often powering in the big chain ring with their diminutive body sizes. One top rider from Australia, who is a respectable climber and weighs in at 58kg, still finished over four minutes behind these young 17-year old Yunnan riders who had never heard of the Tour de France or Lance Armstrong.  We wonder what training methods these young kids are using to gain such strength to power up 6% climbs at 30km/h? 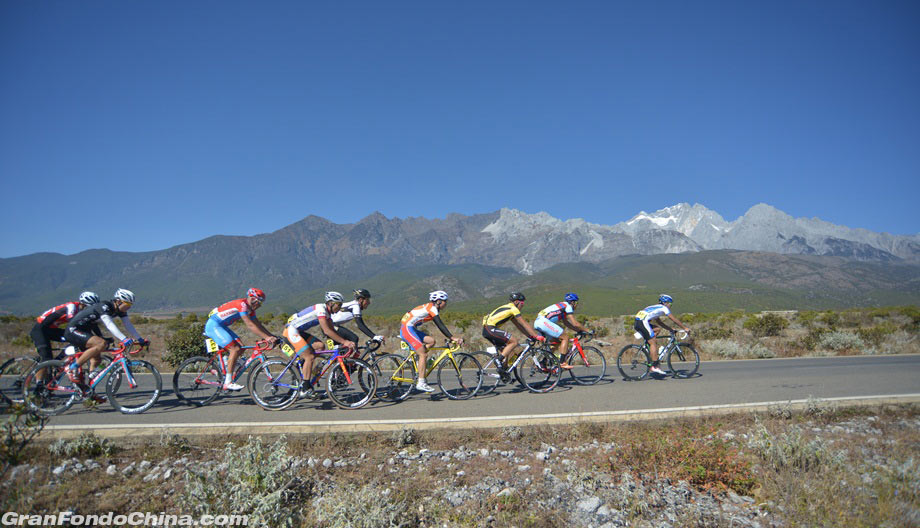 The most spectacular day was reserved for the final stage in Lijiang, an 800 year old village nestled at 2400m above sea-level with the imposing backdrop of snow-capped Jade Mountain reaching over 5000m into the sky.  The final day was the highlight of the Yunnan Gran Fondo event  for many of the riders. The 100km course featured a circuit at the base of the mountain which riders tackled twice before finishing atop a climb to 3200m that overlooked the vast valley of the Lijiang area. 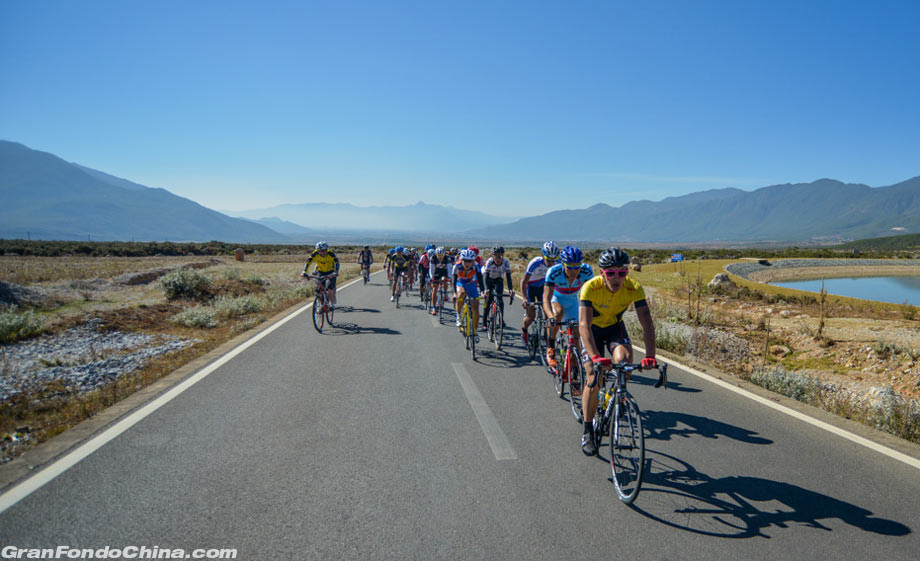 There were two rest days that allowed riders to relax and recover. It also afforded opportunities to check out some sights. The ancient Chuxiong village was an interesting place to explore and sample many of the local delicacies. Chuxiong was the site of the shortest stage, a 23km climb atop Zixi Mountain.  This was the day where the young Mongolian rider Myagmarsuren Baasankhuu, aka Miga, took the yellow jersey from his compatriot Tuguldur Tuulkhangai whom recently represented Mongolia at the Richmond worlds.  Miga, sporting radical pink glasses, held off the challenge from the young Yunnan kids all week and kept the yellow jersey for the overall win. Even more impressive was the female Mongolian National Champion, Enkhjargal Tuvshinjargal, whom comfortably won the overall GC for the women. What was quite stunning is the fact that she kept up with the lead men’s front group, riding strongly at the front and even featuring in a number of breakaway moves at the pointy end of stages.  Tuvshinjargal was the first Mongolian woman to win a gold medal at the Asian Games in 2013. 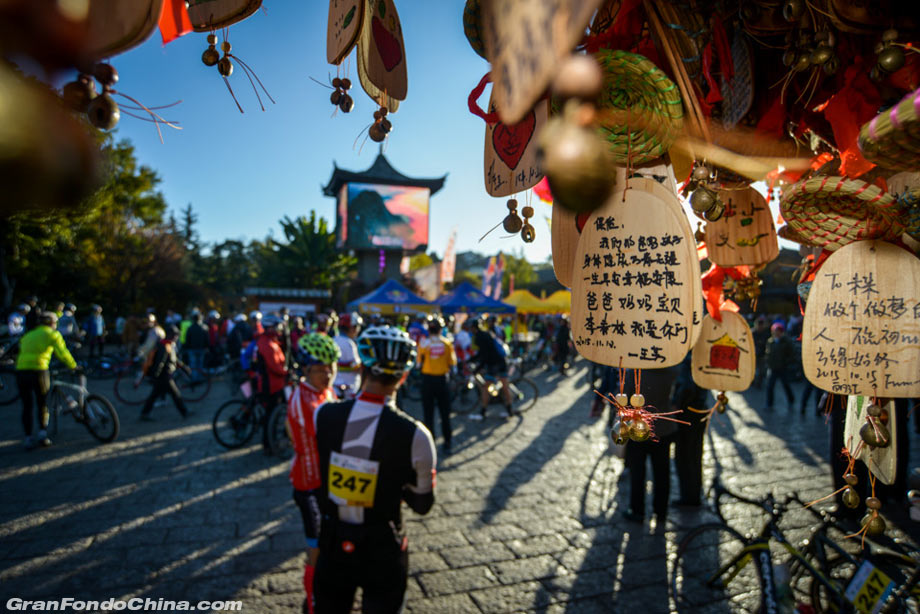 Looking back, the field this year was of a higher quality than the inaugural edition of the Yunnan Tour and featured a higher number of foreigners seeking to ride in exotic and interesting locations. This is a testament to the work being done by organizations like Nordic Ways and to the natural beauty and challenging terrain of the Middle Kingdom.
To read race reports, view results and check out information about the 2016 Colourful Yunnan Tour check out www.granfondochina.com

A side note: The author extended the Yunnan Tour with a few days of hiking the world famous Tiger Leaping Gorge. Then, after the hike, bikes were picked up from Tina’s Guesthouse, at the end of the Gorge Trail, and used them to re-trace the Road to Shangrila (the same route the Rapha Continental did back in 2013).  Scenery wise, it was a fitting grand finale to a spectacular week of racing.