The signature climb of the Giro di Lombardia summits at the famous Madonna del Ghisallo church, high above Lake Como in Northern Italy. This tiny ‘chiesa’ is home to the Patron Saint of Cyclists, and is a must see on any trip to the region – here’s a look inside. 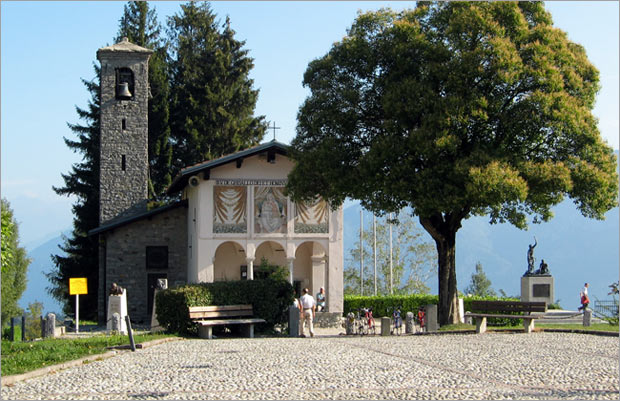 Regular PEZ-Fans will know this is one of my fave spots to ride. I first saw it in 1994 when following the Giro, and have been back several times since. Every time it’s more amazing than the last, as much for the huge collection of historic cycling memorabilia on display, as for the heavenly location of the church. Located about 50km north of Milan, it’s pretty easy to get to as a day ride or if you’re staying on Lake Como (I recommend Il Perlo Panaorama).

The church – really no bigger than a small house, is situated on a climb about 554 meters above Lake Como, (754m above sea level), and can be reached by ascending from both the north and the south. The ascent from the north is the most spectacular and steep – hitting grades of 14%, and is a perennial fixture on the Giro di Lombardia race route. In our story on the Climb to the Madonna de Ghisallo we highlighted this preferred route up. It’s about a 12km climb from the jewel-like town of Bellagio on the lake, and will make you work off any amount of pasta, risotto, meat, fish, pizza – you’ve consumed prior to setting out. If you get the chance, do it – it’s worth it – but you’ll want a compact crankset, or a 39×28 to save your knees from exploding on the way up. 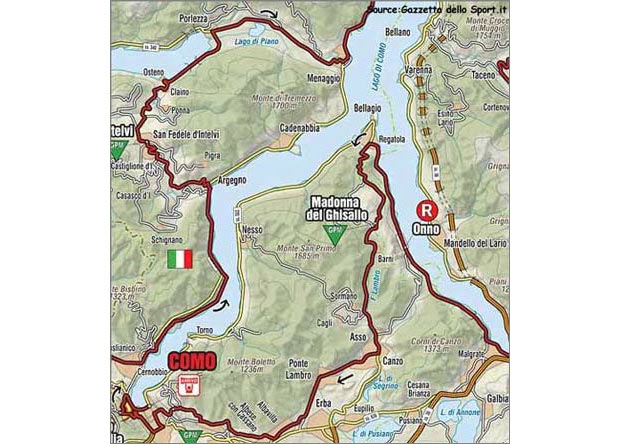 The other route up is from the south, and is more or less 25km of gradual climbing through some very pretty forests and towns. There’s a bit more traffic on this side, and you’ll see tons more riders here also. But save this way for the descent – you’ll be much happier. 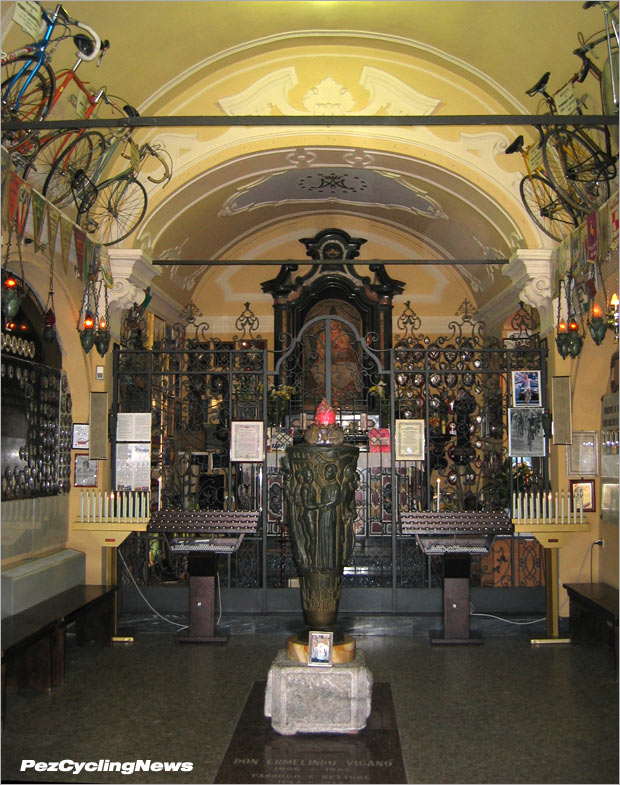 My first time up the climb I made the requisite wrong turn and added about 5km and 200m altitude to my ride – just familiarize yourself with a map beforehand and you should be fine. Once you’ve made the top – there’ll be no doubt you’ve arrived. You’ll pass a few other churches on the way – each time wondering “is this it?” – but you’ll know… 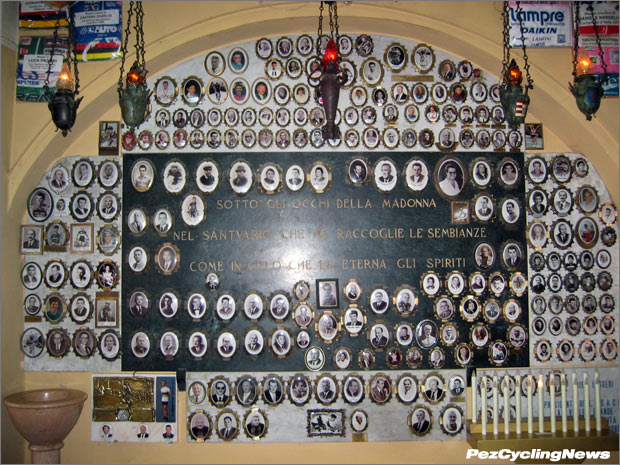 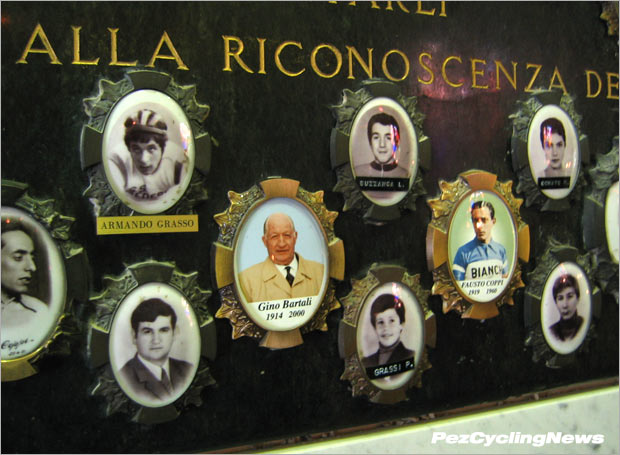 Inside you are speechless. Getting a feel for the church requires only that you get there and look around, but talking to the locals offers a much better understanding of what it’s really about. There’s limited written history of the place, but there is a good story that says that about 1300 years ago, local villagers set up a small shrine in the area, where they could pray and seek refuge from bandits. Then in the 11th century, these local ruffians threatened a certain Count of Ghisallo while he was out hunting. He stumbled upon the Madonna at this spot and prayed for his life. The Virgin saved him, and the shrine became known as the Madonna del Ghisallo. 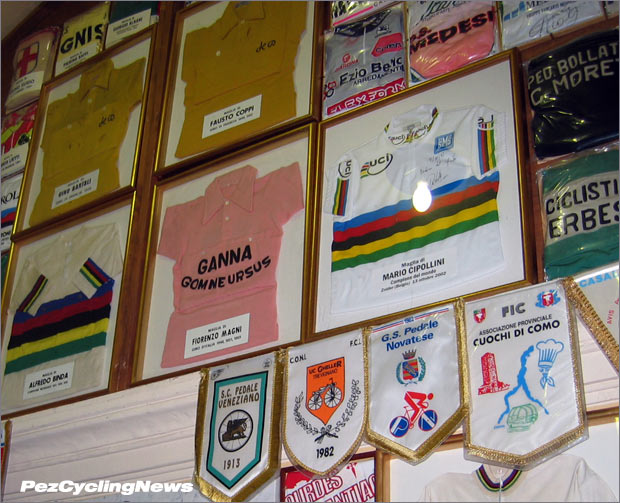 The walls are also covered with an awesome collection of historic jerseys that date back to early 1900’s. If you’ve never seen a wool maillot jaune with the Starsky+Hutch collar and the chest pockets – you will here. 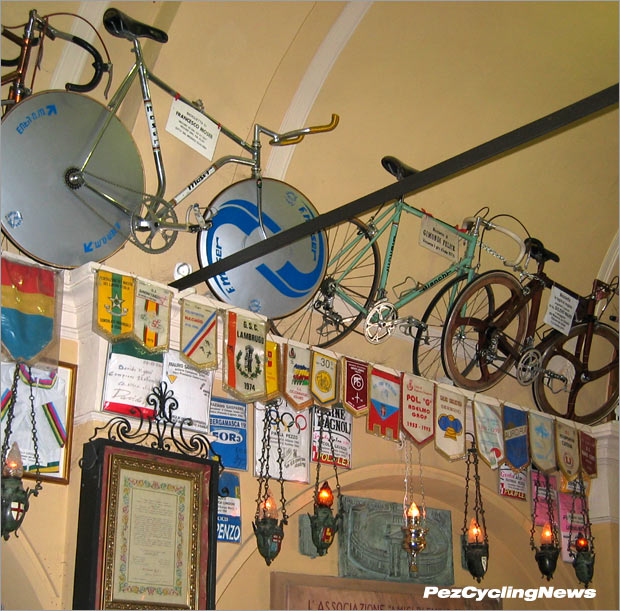 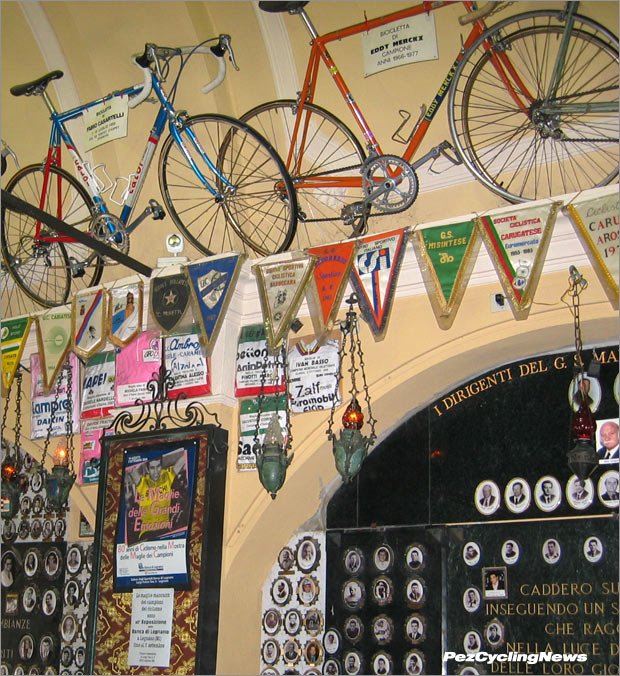 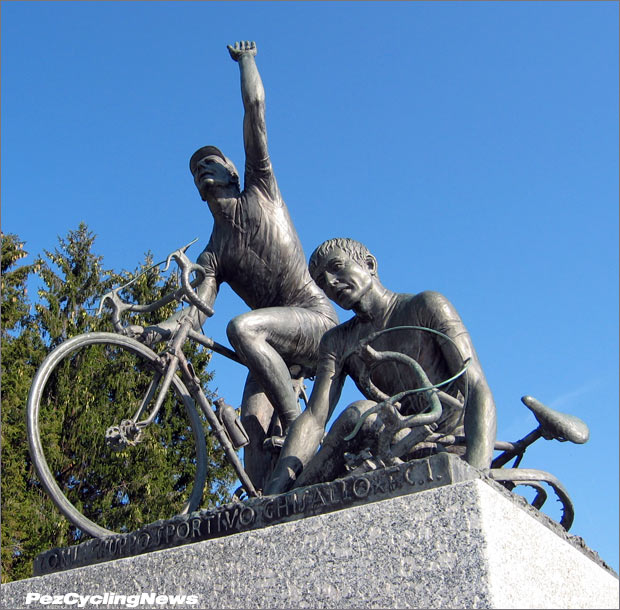 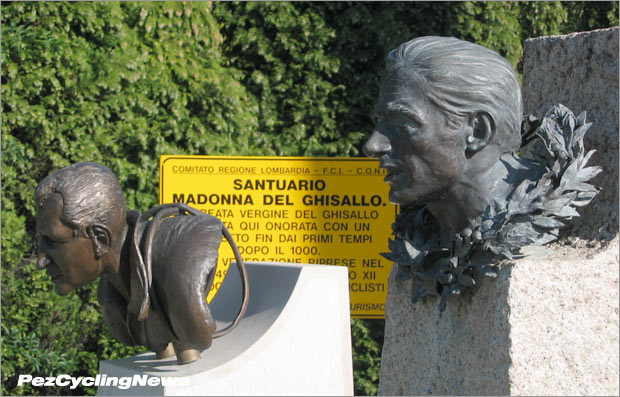 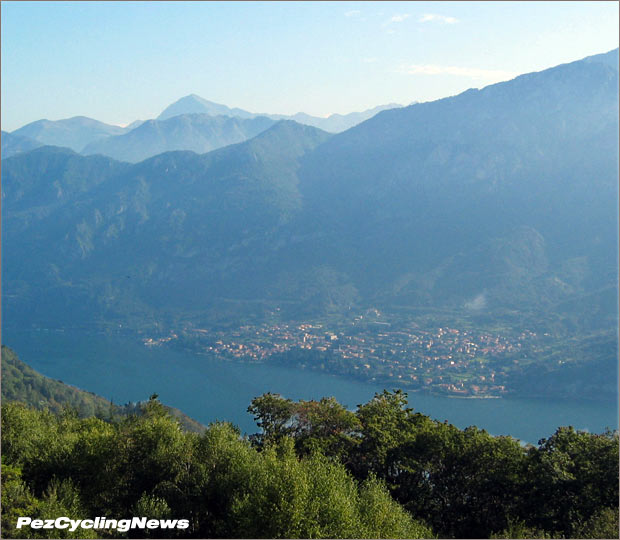