Monday in Gent, the morning after the night before – The Six is over. But the adventure for Callum and Dave goes on: No, not a cyclocross or another pub, but a church! A church in praise of the sport of cycling and mostly Belgian cycling. The Wielermuseum in Roeslare is no shinny display with audiovisual playback, shop and brasserie, like the Centrum Ronde van Vlaanderen in Oudenaarde, Roeslare is more for the hardened Flandrien of the muddy cobbled road.

You can read Part 1 and Part 2 of Callum and Dave’s Gent 6 weekend.

The British fans were either already home or setting out. Happy with the result and happier still if they had met the Manx Missile in person at the Cafe De Karper, Ijlo’s Dad’s bar. Cav appeared to celebrate his historic win and Dave and I missed it, leaving to avoid the chaos as fans young and old, drank to celebrate or forget depending on their view of the result. It was mobbed and the drunken dancers threatened the Orvelo! 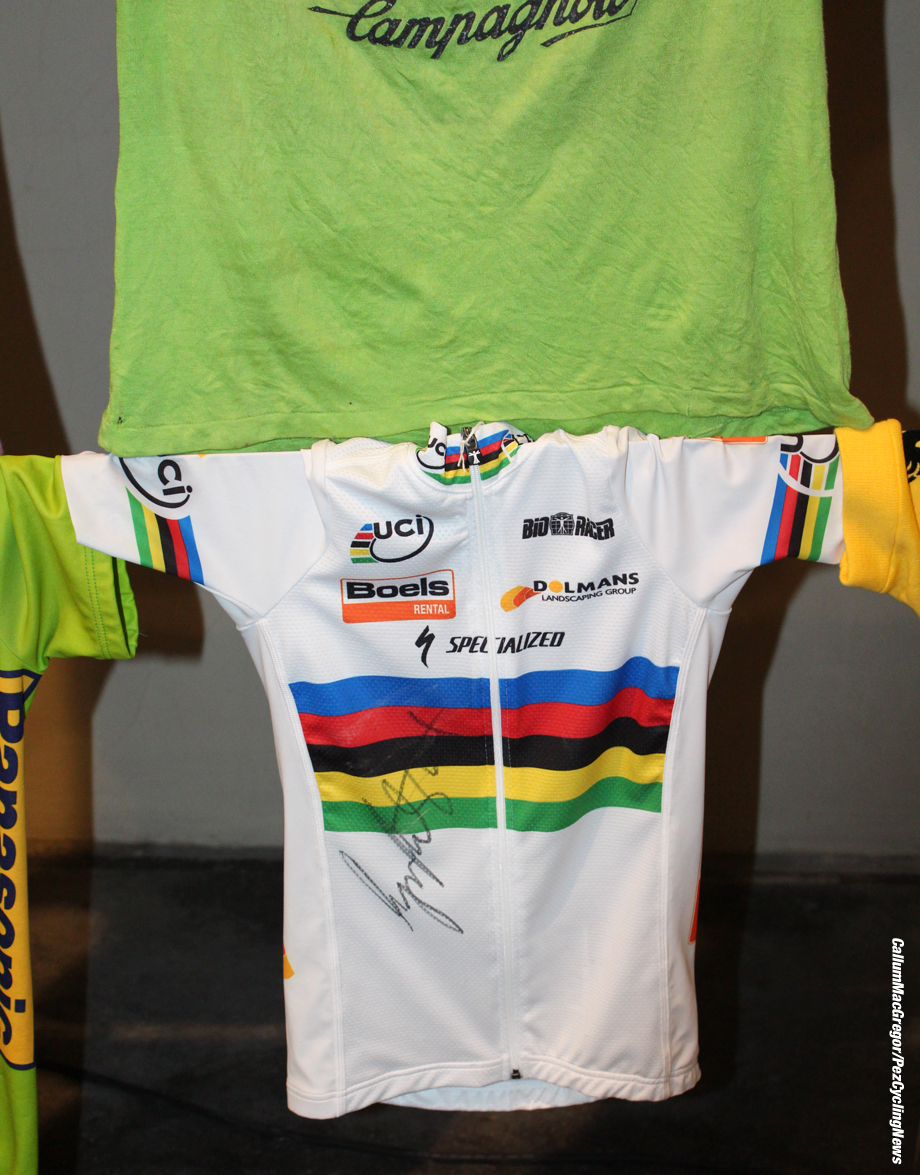 Better to find a quite watering hole to reflect on the afternoons racing. Bradley going straight over the top after the final lap taken, sealing the win and Cav winning the Chase. It’ll be long remembered by all present. 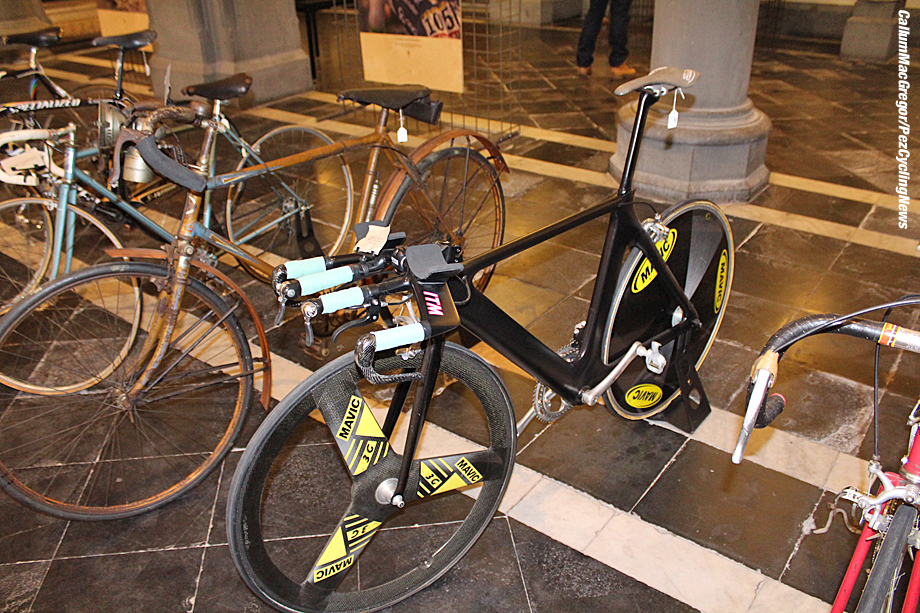 Back to Monday, we are relieved we’re not heading for a Cross, the weather is terrible but we needn’t worry. Our destination is the Wielermuseum in Roeselare, thirty miles from Gent. In Belgium if ever proof were needed that cycling is a religion then the Wielermuseum is just that, temporarily housed in a church it really is a place of worship. 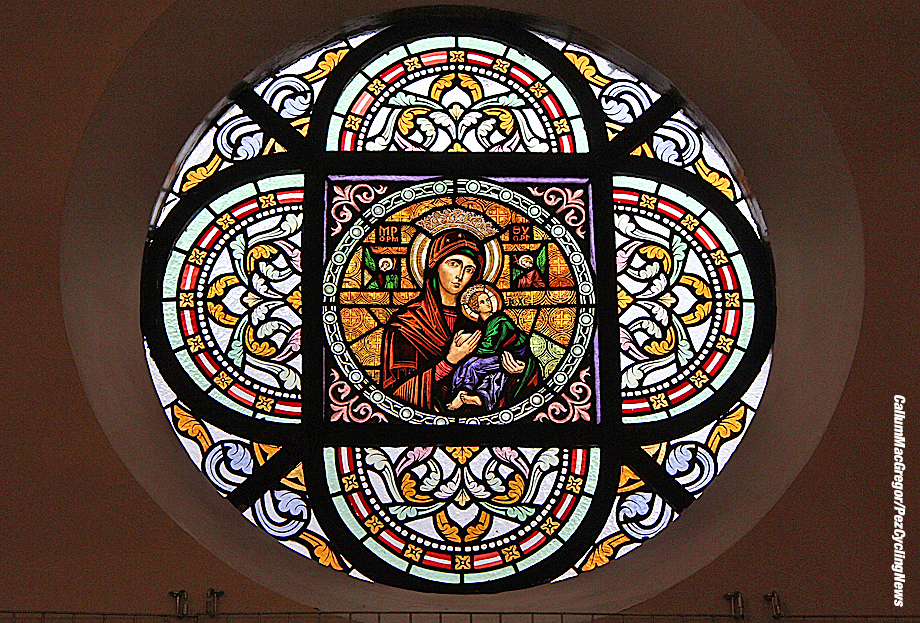 Mary and the baby Jesus look down on the bike museum

The exhibits are wide and varied, free entry and an English translation of the guide add to our understanding and enjoyment. There are aspects of the exhibition that are slightly unsettling. 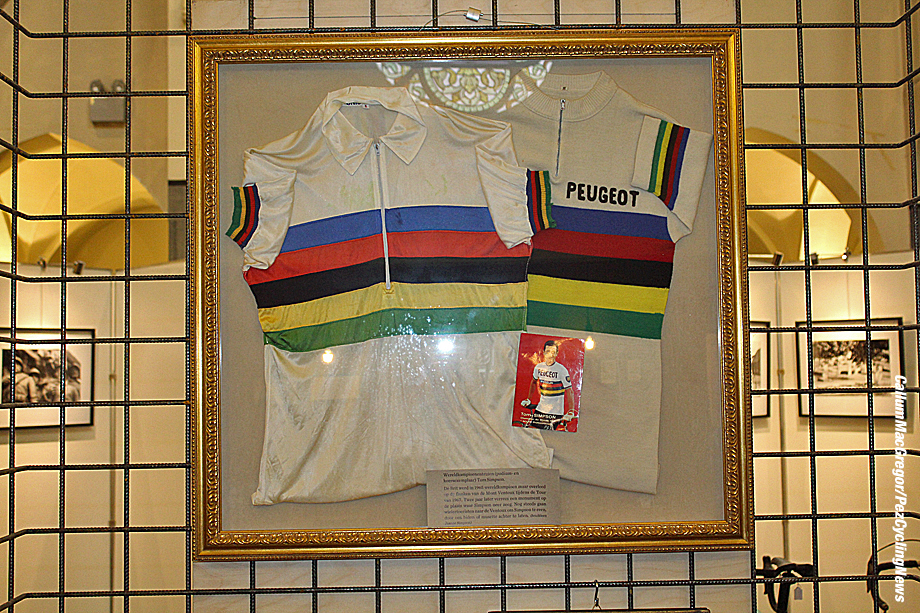 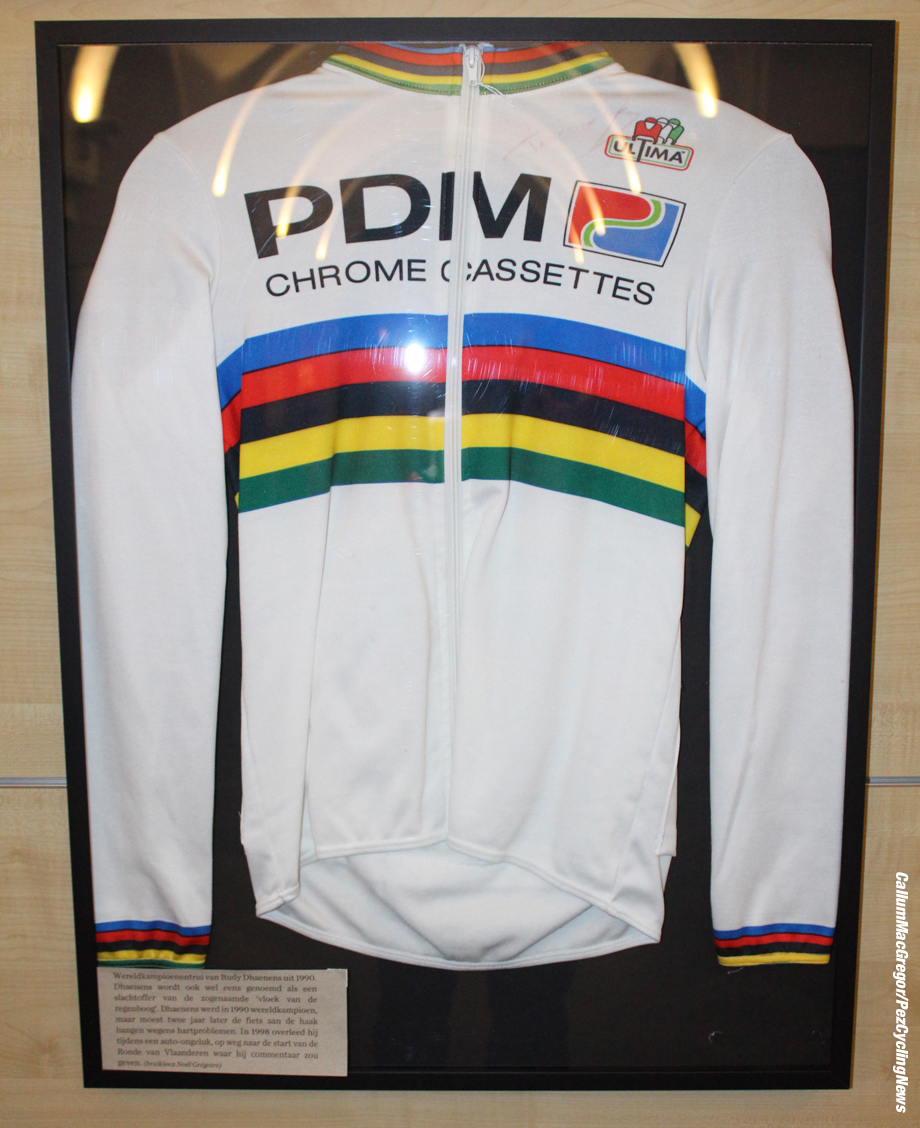 The jersey of Rudy Dhaenens: Another ex-World champion who died young

A display of photographs and parts of the fateful bike of Jean-Pierre Monseré, the Belgian who died age 22 in a race crash, whilst the reigning World Road Champion, the title won in Leicester, England in 1970, was difficult to take. 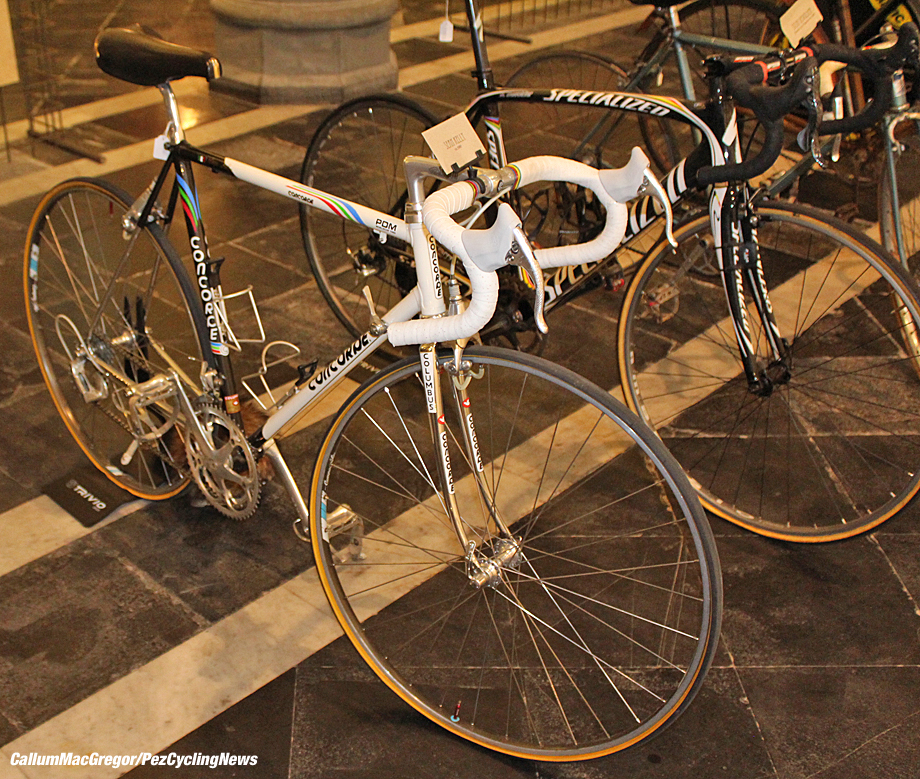 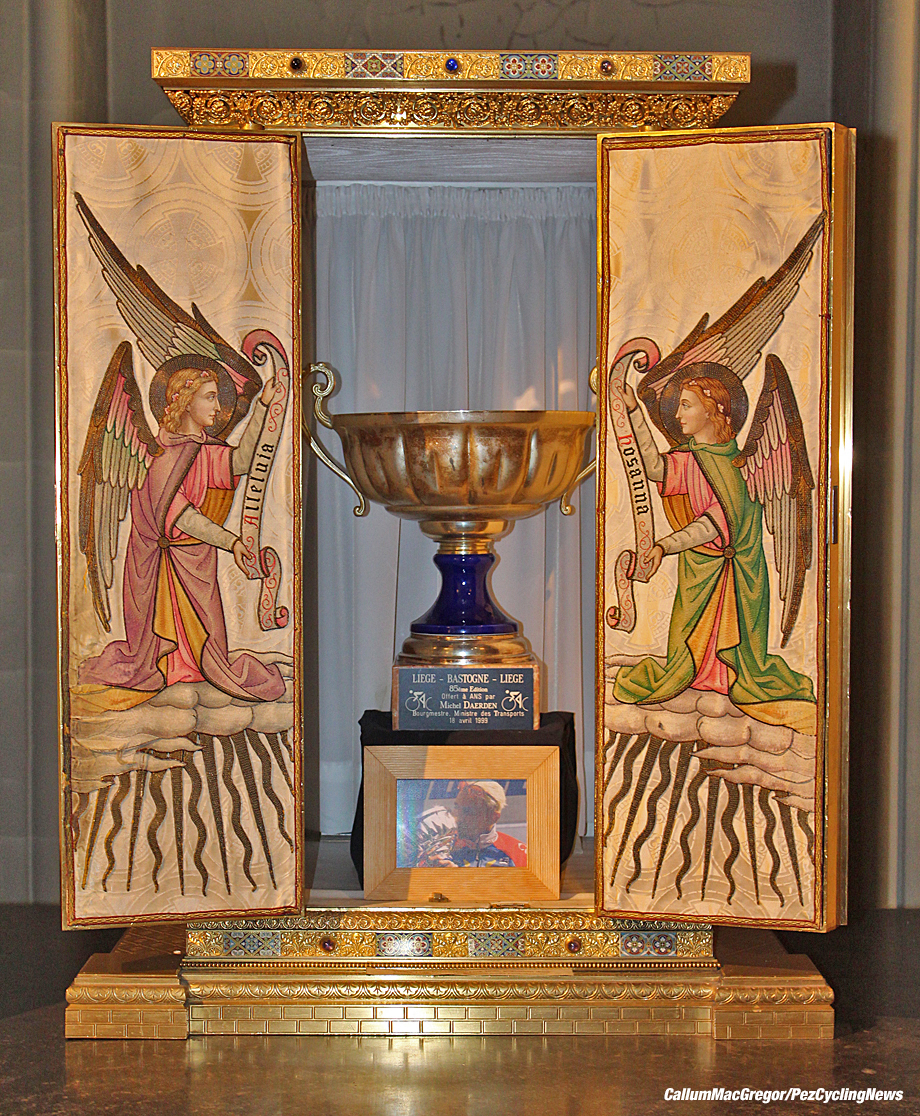 The theme of remembrance runs through the exhibition, with Frank Vandenbroucke fondly remembered. His trophy from winning the 1999 Liege-Bastogne-Liege needing polished. He is clearly a favored son but not God as he himself acknowledged in his autobiography. Perhaps just being known as a “Child of God” is enough. 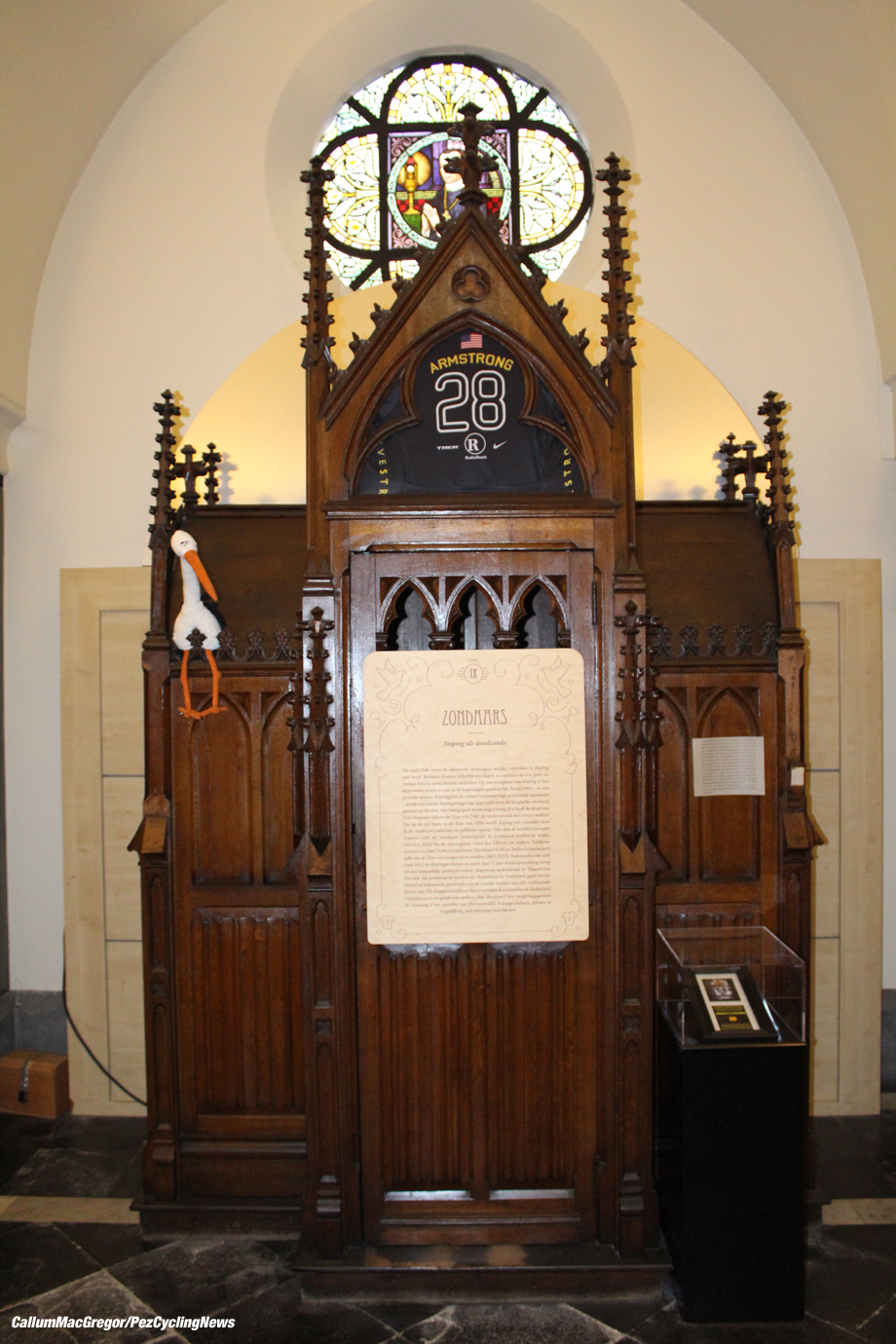 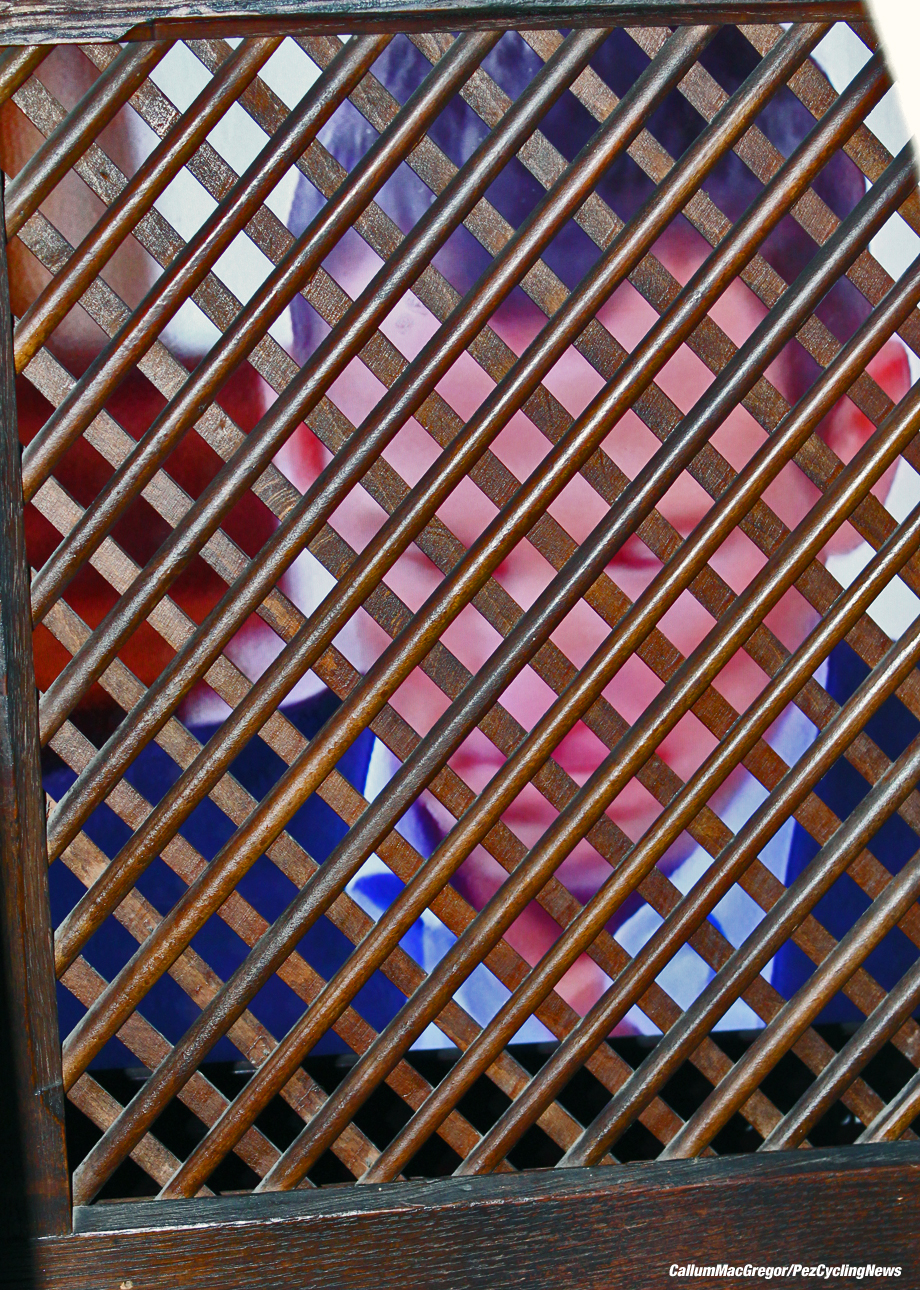 Lance confesses all to Oprah

There is some comedy too, with Lance’s interview aired to the World via Oprah being played in the Confessional. 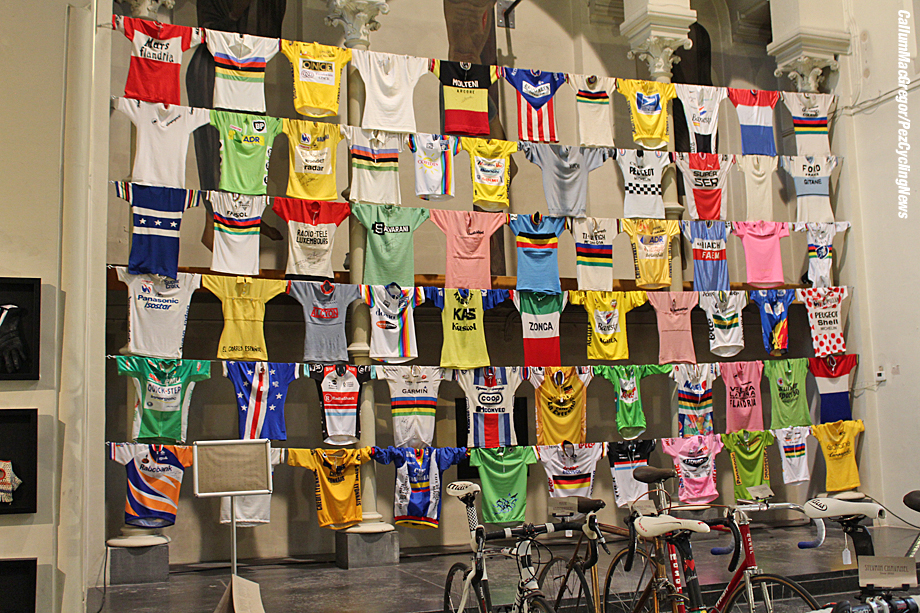 Quite a jersey collection 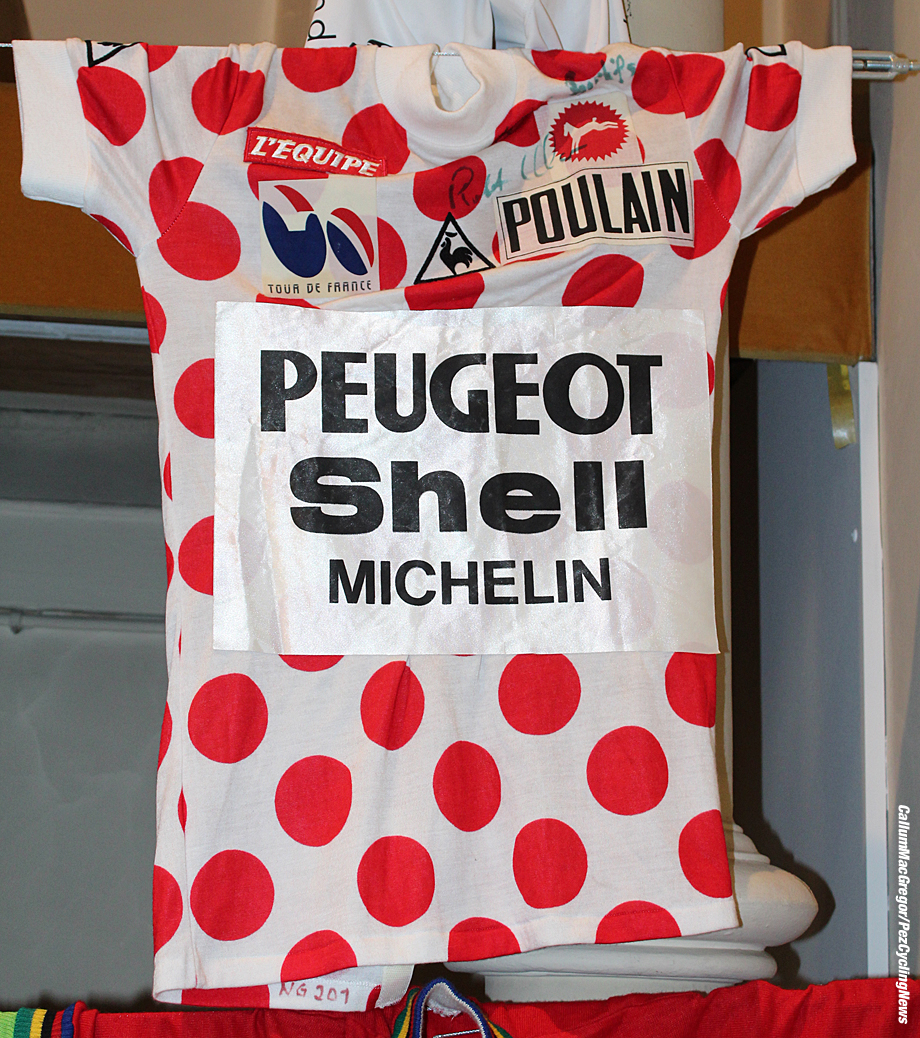 The display of portraits and race jerseys also attracts the eye. I spot Robert Millar’s polka dot jersey from the 1984 Tour De France. I remember having the poster of him wearing maybe that exact jersey on my wall. 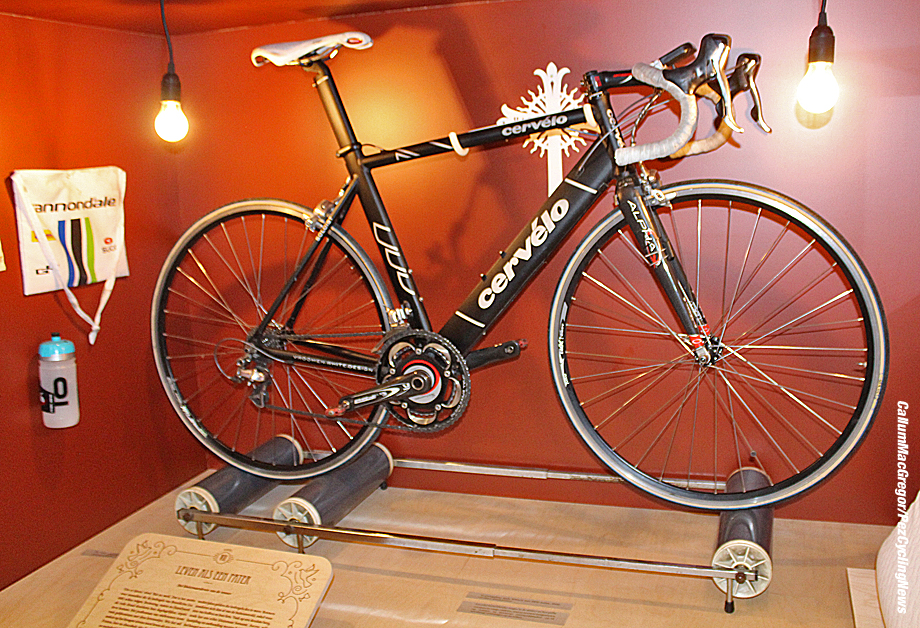 The CSC Cervélo of Fränk Schleck

There’s a display of bikes old and newish with Fränk Shlecke’s Cervélo Soloist on display from his CSC days. 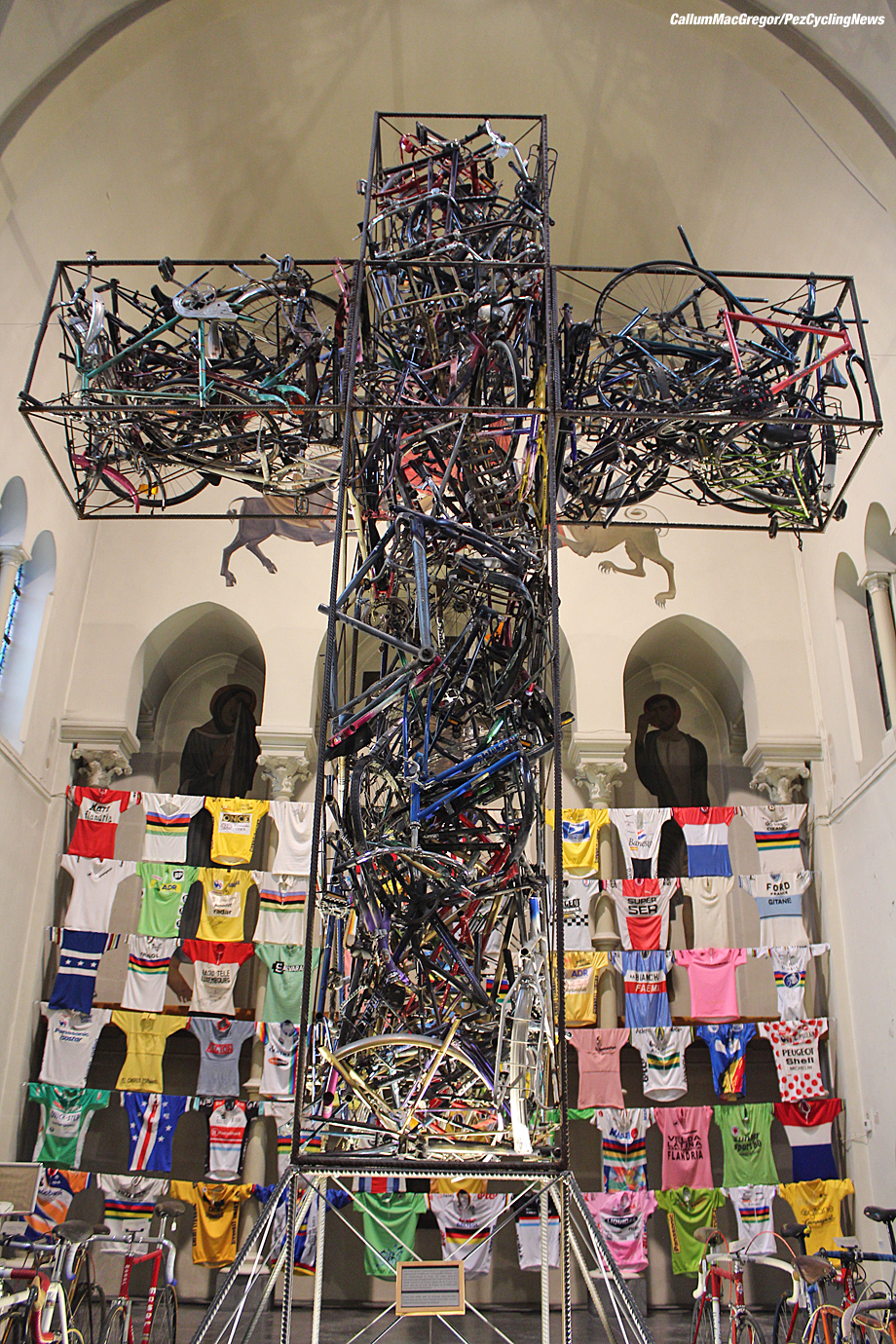 The cross we all bear

The heart of the exhibition is the three dimensional cross, towering over the displays, a tangle of chopped up and soldered bikes. 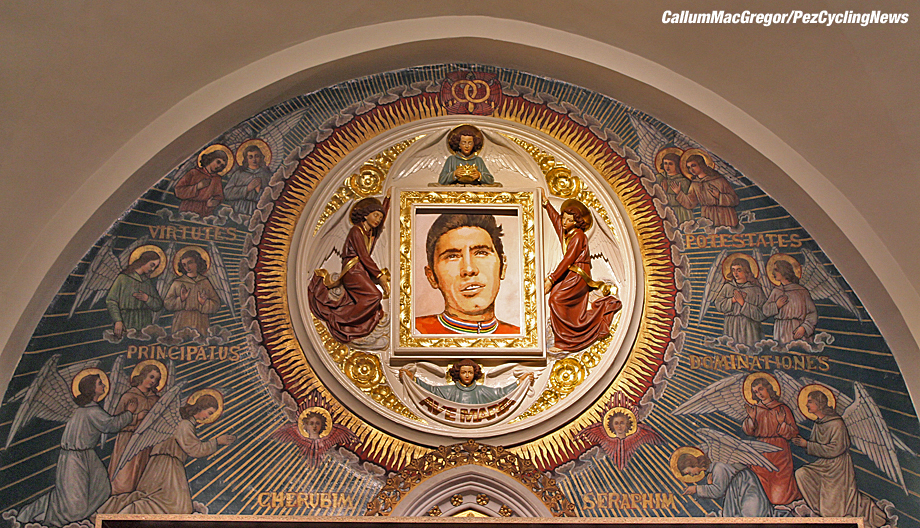 Looking down on all this from on high with regal serenity and in his rightful place is Monsieur Merckx, Sainted or something more important, I’m not sure. 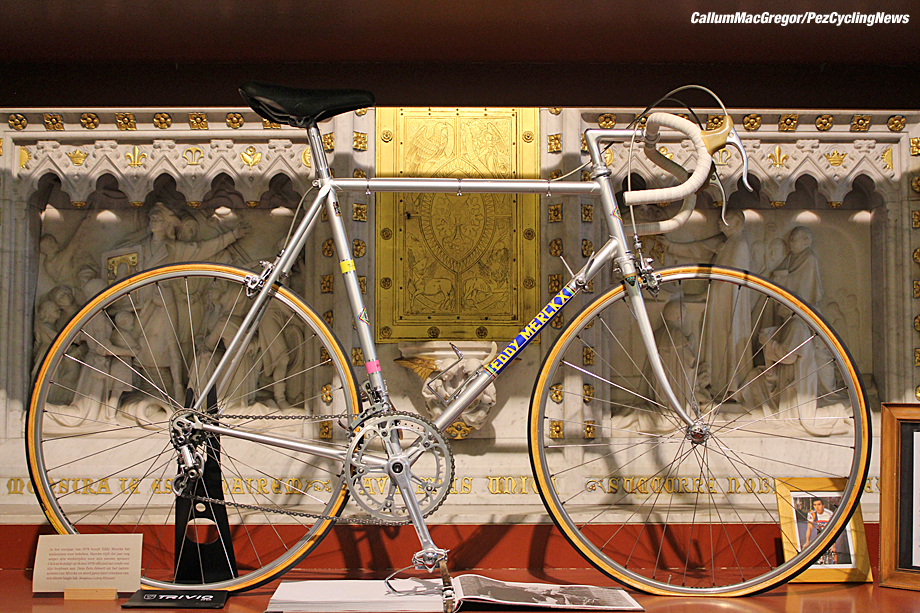 The bike of the ‘Cannibal’

You need look no further than the Wielermuseum to understand the place of the velo and the majestic roulers who transcend their chosen sport in the Belgian psyche.

An experience worth the trip and one to be repeated once the original museum is refurbished. 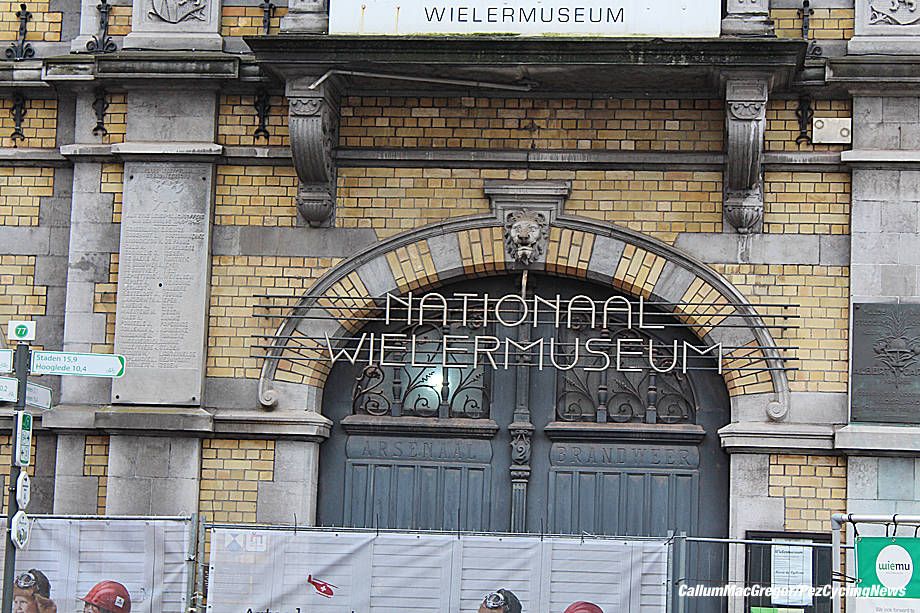 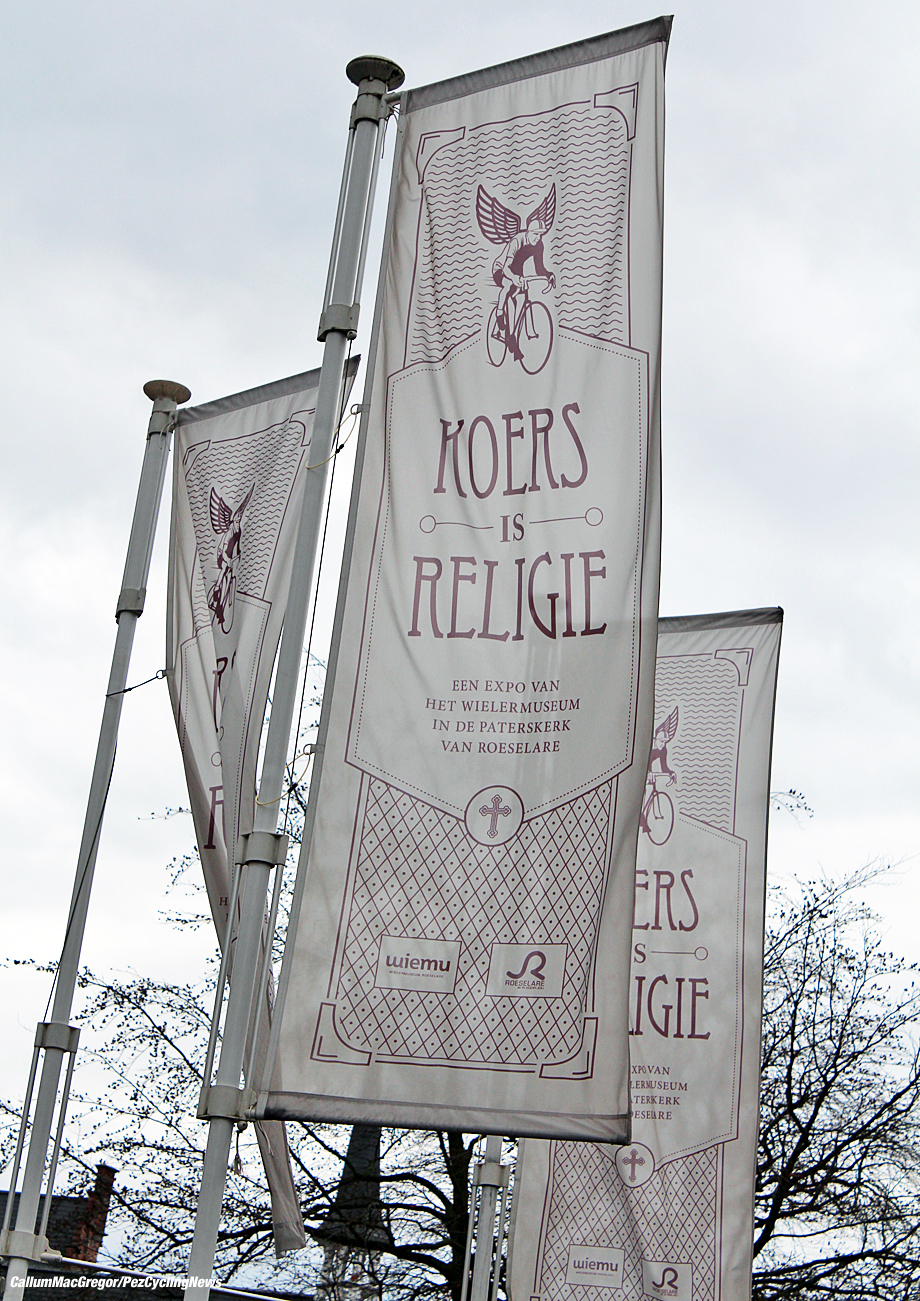 The flags are flying for the museum