Cycling has always had its fair share of “heartlands.” Rightly or wrongly regions & cities have gained a reputation for being an epicentre of the sport: usually based around riders of a certain era clustering together for mutual benefit, such as Flanders, the Ardennes, Ghent in the Sixties, Girona more recently – the list is long. One area that has a well earned reputation, as a true heartland, is Varese in Italy’s Lombardy region. Situated between Lake Como & Lake Maggiore in the beautiful area northwest of Milan, it has been home to some of the sport’s greatest riders alongside some of its classiest races for the best part of a century.

Located bang in the middle of Italy’s lake area, Varese has to take the award for most picturesque cycling region, Flanders anyone…? To quote the organisers of this year’s World Championships, which are being hosted for the second time. Cycling is an integral part of Varese’s history. Cycling in Varese is a tradition; it’s the reality in real life. The “Varese 2008” project stems from the areas deep-seated and well-established traditions. How can we forget the historic World Championships that were held in Varese back in 1951? Or even the many champions that the “Garden City” has produced? Even taking into account some dodgy translation you get the feeling that Cycling is important round these parts. 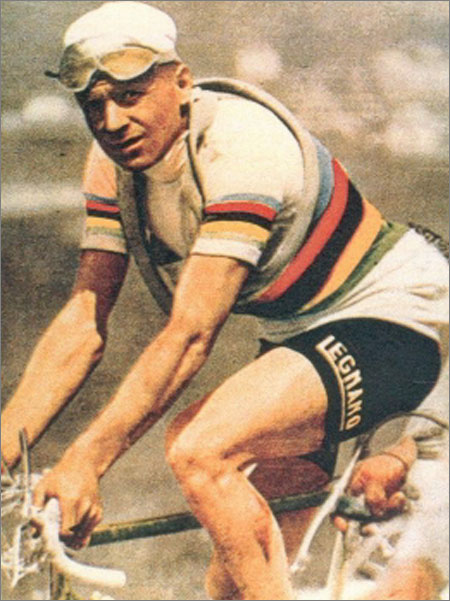 The daddy of it all was local boy Alfredo Binda, who despite racing much of his career in France, ignited a passion that still burns today. The village where he was born, Cittiglio, now houses a Museum in his memory and the Society Ciclisti Alfredo Binda is currently thriving, 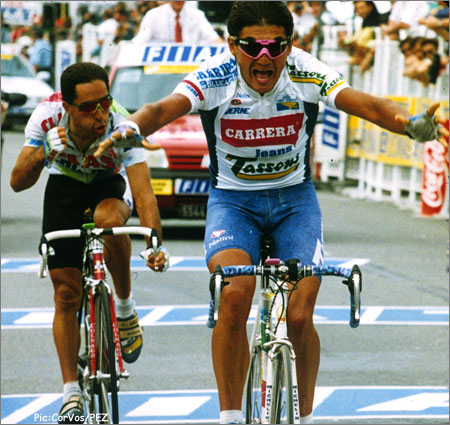 Il Diablo, Claudio Chiapucci, is one of many ‘locals’ who have made a huge impact on the world stage and continue to ensure Varese – Lombardia keeps producing top riders like no other region of Italy. The small mountain break specialist, whose own father served alongside Fausto Coppi during WW2, still lives in the area, and during his heyday inspired his young next door neighbour in the nearby town of Gallarate, one Ivan Basso, to enter the sport. Say what you like – that’s a pretty impressive rider roster for any single street. 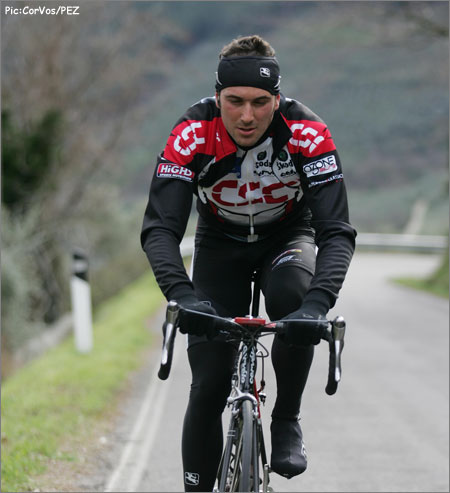 Ivan Basso training on home roads back in his CSC days.

Another homegrown rider who has reached the top echelons is Stefano Garzelli. Garzelli is a Varese man through & through. The former Giro winner has always stayed true to his local roots as he has risen through the ranks from a talented junior. Garzelli recently burst into tears after winning the GP Wallonnie when he commented afterwards on his non-selection to the Squadra Azzurra for his home Worlds. 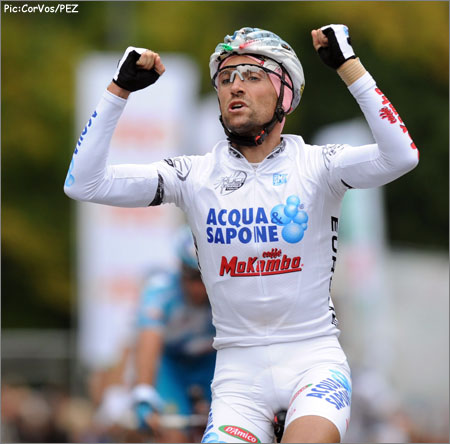 Gianni Motta is yet another homeboy who made good internationally and still holds the record of most wins in the Tre Valli’ with 4 in the late sixties and seventies. Rumour has it that it would have been more but Merckx was sent in by his rival Italian sponsor to take his own win in this local classic. 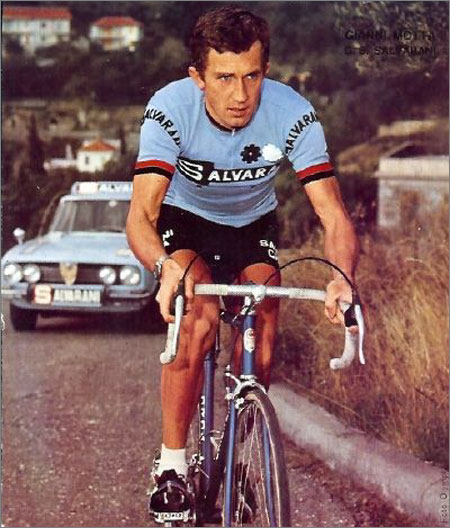 These are just some of the better known names but in truth the real attraction, and why so many riders come and base themselves in the area is that cycling is so much a part of the culture that there is never any animosity from non-cyclist. Complete respect from other road users is pretty much guaranteed to the extent that I was once paced by an old farmer in a Vespa ‘ape’ I had never met before. As I grovelled up a serious climb, he shouted out the window. He could see I was struggling because of the way my shoulders were rolling – I should sit stiller in the saddle, relax and watch his brakelight…!! He then set the perfect pace for nearly 30 minutes getting me to the top before driving off with a toot and a wave – all done – I can only assume for his love of cycling. 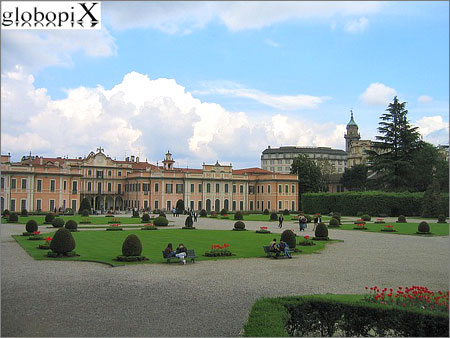 Varese’s historic Villas and gardens will be the perfect backdrop to hosting the Worlds for a second time. The area also hosts some fantastic Gran Fondos and Races. Outside of the Giro di Lombardia, whose route regularly uses the roads around the city, the big race each season is the Tre Valli Varesine, a true classic, that, although not that well known outside of Italy, has a list of winners that reads like a who’s who of top names, Coppi, Motta, Merckx, Moser, … to name a few, have all conquered the tough course in and around the city that essentially forms the world road race route this September. 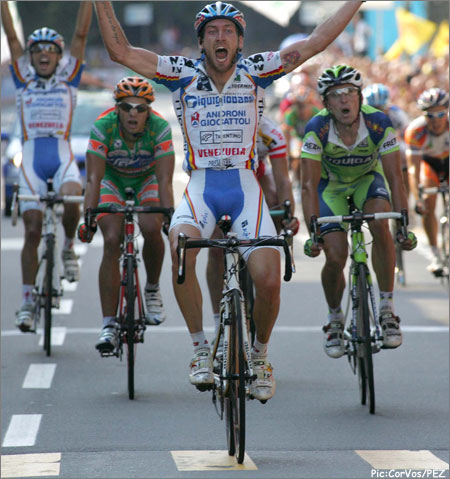 Francesco Ginanni stormed to the win in this year’s Tre Valli over Cunego and Bertagnolli.

The Tre Valli Varesine is held in the highest esteem by the locals & Pro’s alike, as illustrated a couple of years back when Daniel di Luca won. I personally witnessed a happy mob of over 100 fans descend on his Hotel hours after the finish, chanting his name in homage to his win, from the street below his balcony. He soon appeared, to huge applause, flinging a Saeco jersey into the crowd – sooo cool and rock and roll.

The area also hosts a Woman’s World Cup race each year “the GP Alfredo Binda” one of the toughest races on the ladies calendar. 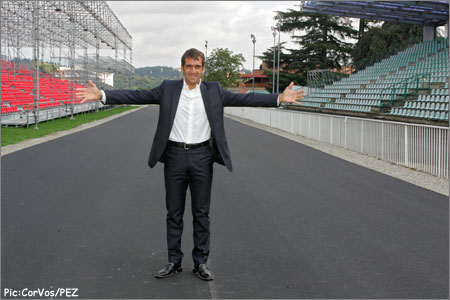 Franco Ballerini stands on the line where he hopes Paolo Bettini will take his third straight Worlds win. 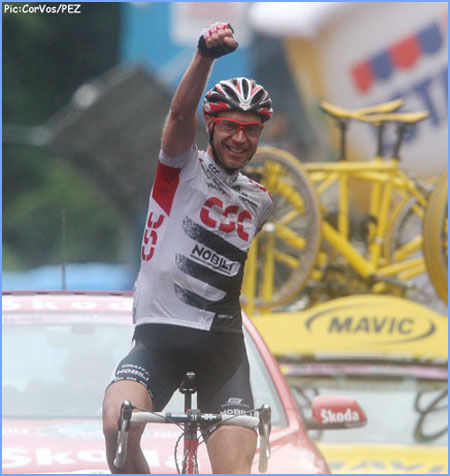 Jens Voigt already won in Varese this year – during the Giro. Maybe that’s why he’s not heading to Worlds!

The world’s circuit is going to produce a worthy winner with 5km of climbing crammed into each 17.5 km lap, some very technical descents, and blindingly fast stretches alongside the actual lake and to the hippodrome ( horse racing track) for the finish, my prediction is that the climb of the Ronchi 4km out from the line will serve as a launch pad for any race winning breaks. 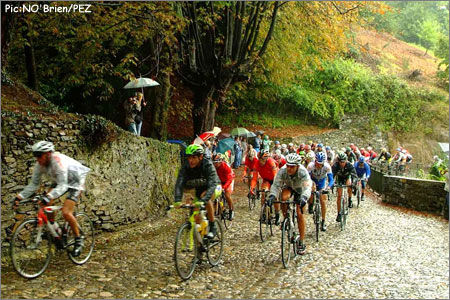 Rain is no stranger to the area…

Mountains & lakes mean the weather can be mixed although strangely you seem to get more rain in the summer months when this shot of the Tre Valli Varesine was taken. Fortunately September is a drier month, just as well with the technical nature of the worlds course.

Because of its geography the area offers all types of riding from mountains to flat and its easy airport and road connections to most of Europe, means many riders base themselves in the area which results in some unbelievable ‘chain gang’ experiences. Locals mixing it up ( trying to!) with ex.world champs (like Oscar Freire or Michael Rogers who are based nearby on the border with Switzerland) is not unusual and because of this, many of the nearby climbs have gained legendary status as testing grounds for top riders form, as well as inspiring club riders who struggle up the same roads slightly more steadily, but inspiring the respect that the tifosi give ‘their’ Heroes! 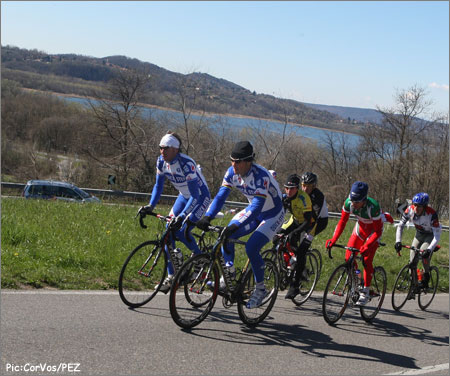 Tom Boonen and Giovanni Visconti took a little trip down to Varese earlier this year to recon the course.

With the Piedmont Alps and Switzerland all within easy riding distance, providing several spectacular mountain passes that again are little known to outsiders but attract locals in huge numbers from Gran Fondos to fully televised Junior races. One such climb is the ‘Mottarone’ about an hour’s ride away. A true landmark of the region, this 15km, 1500m climb has been used in several past Giro stages, (Basso holds the record with an “incredible” 37min ascent! in 2006 beating Kid Cunego by over a minute in a post giro mountain TT held annually) and is a real focal point for cyclist of every creed, with incredible views from its summit across the lake region its well worth – shall we say 75 mins!!!! of anyone’s time and the party atmosphere that clings to its slopes every time a big race comes up it is incredible (since you can also crest it by using a funicular cable car from the lake below the fans are so much more varied than pure racing enthusiasts) 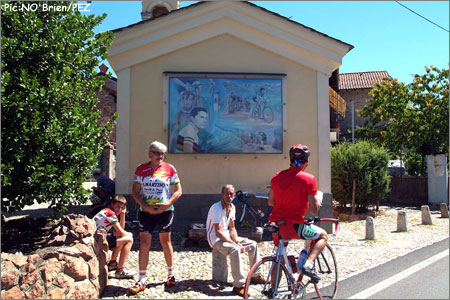 Varese and the surrounding region are steeped in cycling past and present, the locals are fiercely proud of this and this pride will no doubt transfer to a fantastic World Championship week further highlighting to the rest of the world one of Italy’s best kept cycling secrets. 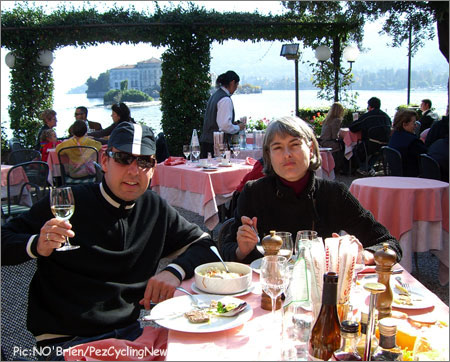 PEZ-Man Nick O’Brien knows the area better than most anybody – make sure to check out his website below!

• If you are interested in riding in the area and want to get the inside track with a true local perspective & all the Italian passion that goes with it: www.GrupettoItalia.com
• See the official Worlds website: Varese2008.org