Magnus Backstedt is back riding a Grand Tour and our man Ed Hood catches up with Maggy on his thoughts on the Vuelta so far, what’s to come, what a sprinter’s stage may or not be, and the future. It’s always a good time with Maggy, so read on…

PEZ: How many Grand Tours is it now, Magnus?

Magnus: I’m not sure, but I think I’ve done two Giros, six Tours and this is my third Vuelta.

PEZ: Congratulations on the Swedish championship win – does wearing the jersey make a difference?

Magnus: It doesn’t make a difference to the way I ride, but it’s good to see photos of yourself wearing it, and every morning, when you pull it on, it’s a special feeling. 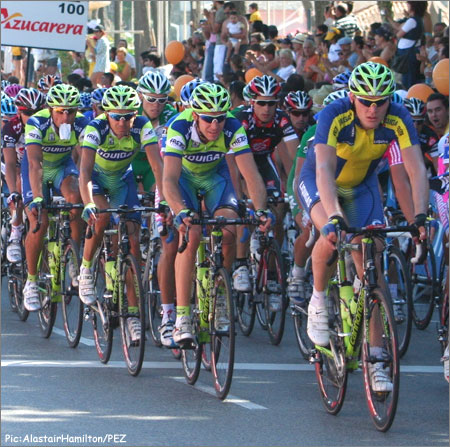 PEZ: What are your goals for the race?

Magnus: The same as always; try and get into a break and win a stage. And once we have the mountains behind us and the edge is off the pure sprinter’s speed, I’ll get myself up-there in the sprints. I also want to get to Madrid; getting a three week stage race under your belt at this stage of the season gives you such a good base to build-on for your winter training and next season. 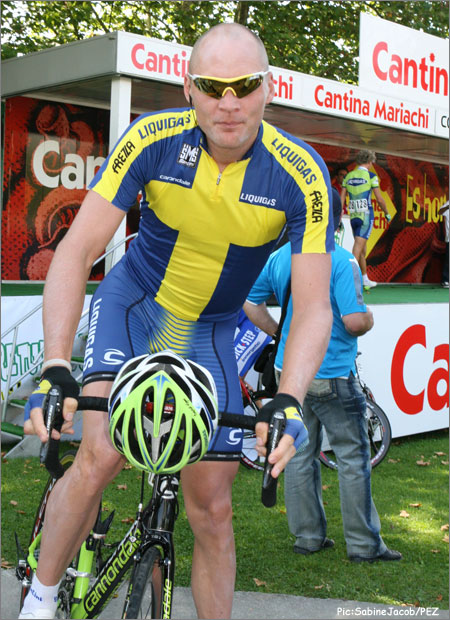 PEZ: And the team goals for this Vuelta?

Magnus: We have a couple of guys who could make top ten on GC; that would be a good result for us.

Magnus: I’m seeing glimpses of my old self but then there are other days when it’s really tough. Overall, there’s no doubt though that I’m getting better all the time, like I said I’m keen to get this Tour in my legs because once I recover from it, I’ll move-up a couple of levels. I’m already thinking about this winters training and next year’s classics.

PEZ: Is it hard to stay focussed at Liquigas, knowing that you are going to Slipstream next year?

Magnus: I suppose you have to watch for that feeling, where if you change a job, you’re just ‘riding-out’ the time until you go. But I have a strong work ethic and Liquigas have been good-enough to bring me here to the Vuelta, sometimes of a team knows you are leaving they either don’t bother to let you race or they race you to death. That hasn’t happened here and I have 100% commitment to the team, if there are guys to be lead-out, or work to do for a GC guy, then it will get done.

PEZ: Who are your favourites?

Magnus: Good question; there are so-many guys looking good, but no one who has really imposed himself upon the peloton, yet. Tomorrow, on the way-up to Lagos de Covadonga, we’ll know better.

PEZ: Which of the sprinters has impressed you?

Magnus: Bennati has been looking very good but I was a bit disappointed in Petacchi’s form on stage one, Milram gave him such a great lead-out, but he couldn’t take advantage of it. I think he’ll need some more racing before we really see his best form again; he’s had a lot on his mind recently, so maybe it’s natural that he’s not at his best. 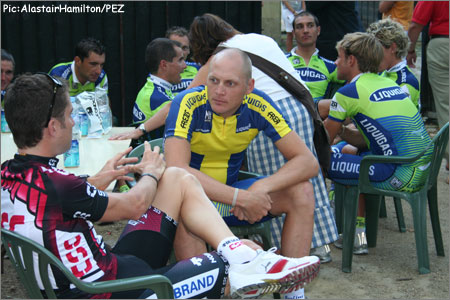 PEZ: Did you miss the big crash on stage two?

Magnus: Yes, I’d been doing a huge lead-out spell for Chichi and had peeled-off before it happened, I came round the corner and there was this huge crash.

Magnus: Yes, but it’s been a really hard start to the race, people are saying that the first three stages have been sprinter’s stages, but yesterday I think we had 2200 metres of elevation and today, it was 2700 metres. That’s way-harder than a ‘sprinter’s stage’ in my book.

PEZ: Save the worst question ’til last – what’s your take on Valverde’s exclusion?

Magnus: I don’t know what to think, if he’s involved with Puerto then he shouldn’t be racing at all (Valverde competed in the GP Ouest France at Plouay on Sunday). If he has nothing to worry about then why doesn’t he give a DNA sample and that’s an end of it? I don’t like to speculate in these matters, but it certainly needs sorted-out.

Magnus will be back chatting to us after Stage 7.