The first day of a big stage race can be a bit fraught, but the day before can be worse, as things just are not up to speed yet. This normally has something to do with the internet, but today, well, our man in Granada found a few more problems to contend with…like fresh fruit!

• Sign up NOW to see all the racing Live on Cycling.TV •

After a fairly predictable first morning and afternoon it was time to liven things up a bit, but not in the best of ways for me. First I had to find my hotel, the Tom Tom didn’t have a clue and the instructions I had didn’t make much sense, but after a few missed turn off’s I found it by going through a petrol station fore court and out the other side, this happened later and it looked like the only way to get to a large housing urbanization! 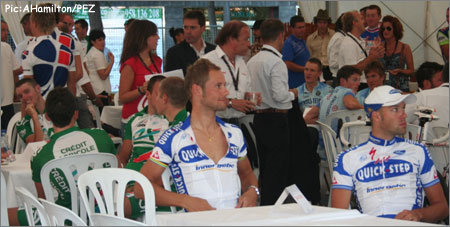 When Al finally found the presentation, Tom Boonen was already there waiting for him.

The promised Wi-Fi in the hotel didn’t work, so it was a case of writing up the story, sorting the photos, and then driving back to the Sala de Prensa to send it off to Pez HQ, looks like that will be the plan for the next day too!

So what about some cyclists then? Well, they were all at the presentation, as they should be, but there was a bit of confusion about the start time, the race book said 7 pm, the girl from the organizers said 7.30 pm and the local newspaper said 8 pm, yep it was at 8. 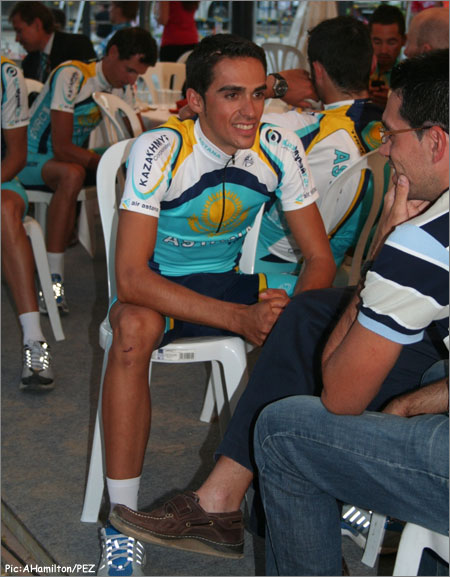 Alberto Contador heads into this Vuelta as the prohibitive favorite.

My main complaint was that the tasty snacks of previous years of Spanish tasties like Jamon Serrano, cheese’s, pate and the like, was replaced by fresh fruit! All this healthy eating didn’t go down to well with the journalists. 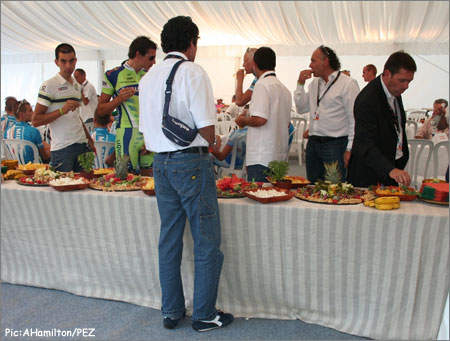 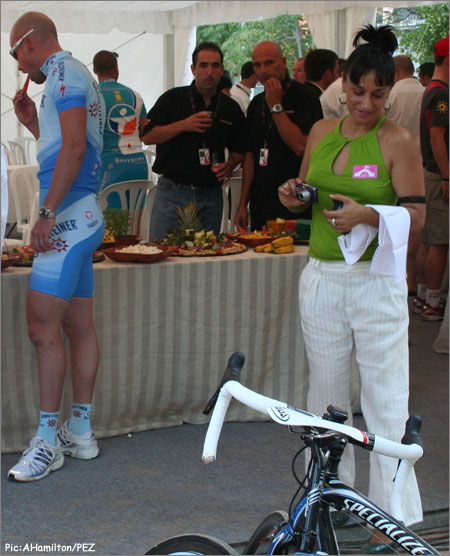 Schumi wasn’t too proud to enjoy some fruit…even if he had to go back to the hotel for some real food afterwards.

If you remember, I interviewed Nicolas Roche a while ago and since then he has won a stage of the Tour of Limousine and got a new team for next year (Ag2r). I managed to grab a few words and photos before he had to get up on stage. What does he think about the Vuelta? !It’s going to be good, look at the riders here, it’s like the Tour!! 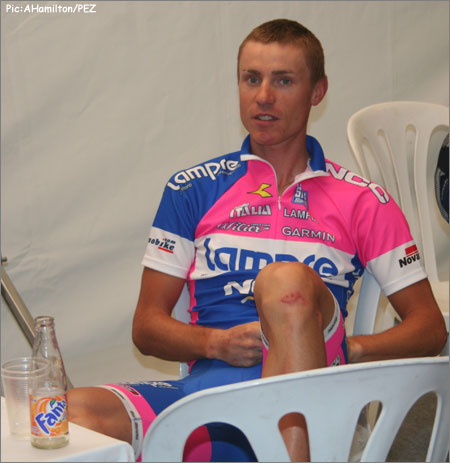 Roche is definitely right to expect the race to be ‘hard, very hard.’ A rider like Cunego has a lot to prove in this Vuelta, and he’ll be hurting many a rider along the way.

How do you think it will go? “Hard, very hard, all the top riders who are here want to be here to race, and there are a few young riders who will not be holding back.” What about tomorrow’s team time trial? It’s twisty and only 8 kilometers, that’s less than 1 kilometer a rider and there are lots of tight bends.” 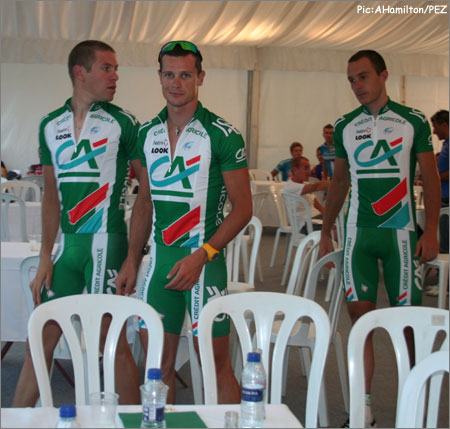 What about the new team and do the other riders at Credit Agricole have anything for next year? “I’m excited about next year already; no some of the others have nothing, its hard, but at least I’m OK!” Thanks and good luck, Nico. It’s been a bit of an Irish day, I had the Irish woman giving me directions on the Tom Tom along with the best of The Chieftains on the CD and now talking to a half French/Irish man, I was starting to talk to myself in an Irish accent! 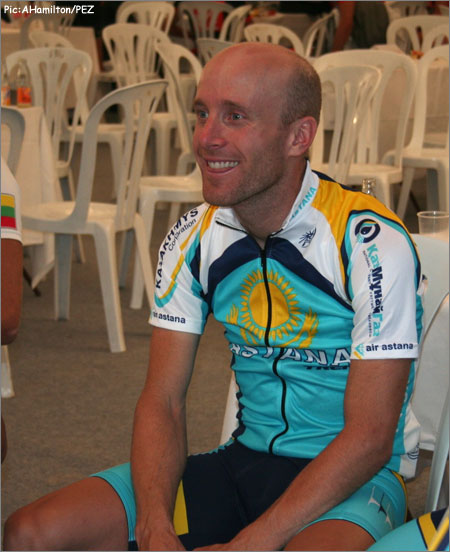 Astana had arrived and there was Levi Leipheimer without his American Champs jersey, it looked strange and Contador was happy and even obliging fans who wanted photos with him. 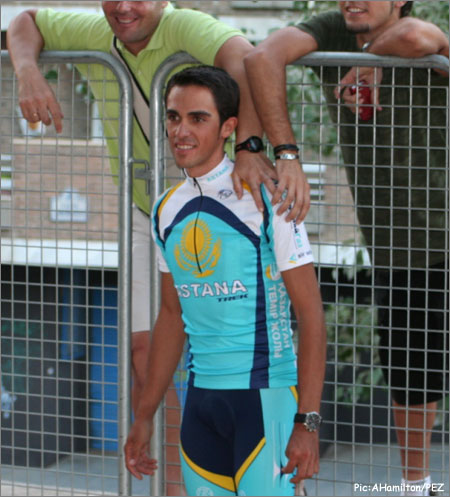 CSC-Saxo Bank strolled in with the last of their Cervelos and Sastre was mobbed by the TV crews, he really seems to hate the attention. 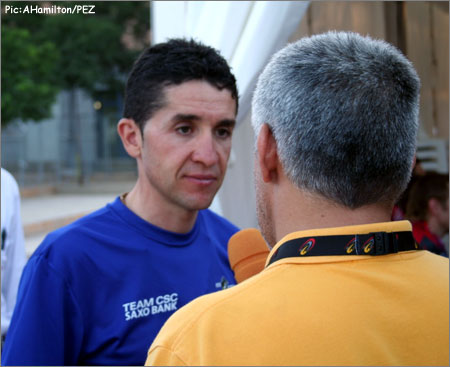 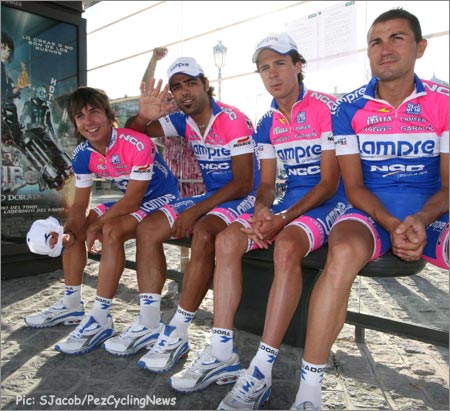 The Lampre boys took shelter at a bus stop – never stand when you can sit!

Valverde didn’t want to hang around as he had the children back at the hotel, I couldn’t get a photo of him struggling with the double pram though. 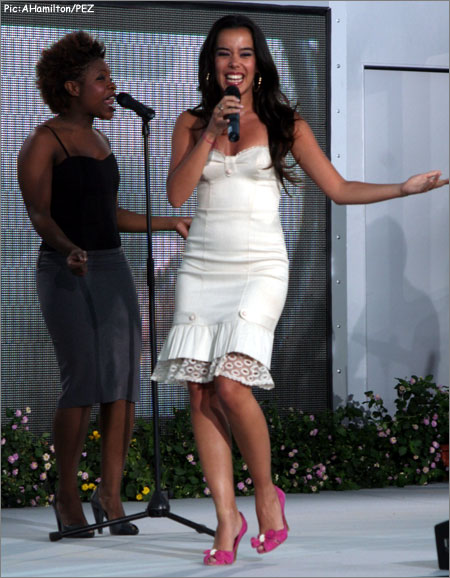 On stage was this year’s young singer giving it her best for the large crowd, she seems a nice young girl with less tattoo’s than last year’s, but just like last year I can’t remember her name (Beatriz Luengo)! It was time to go as fresh fruit wasn’t going to keep me alive. 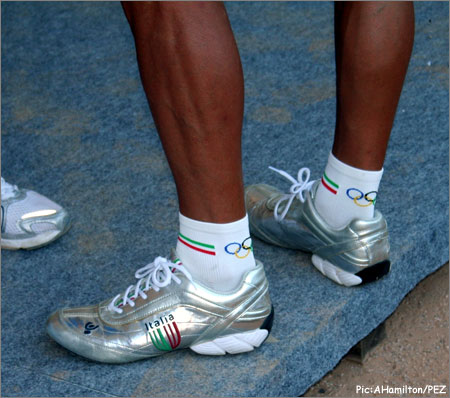 On the way out Paolo Bettini was in front of me, first thing you notice is the shoes, silver Italia trainers and Italia Olympic socks, very cool…and then it’s the amount of fans he has, he was mobbed by people wanting their photos with him. 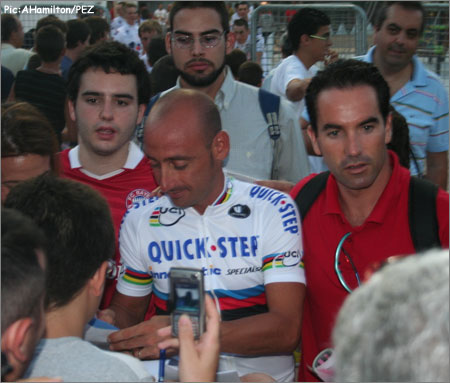 All went well and the show went out live on TV with out a hitch, much to the relief of Abraham Olano who kept his calm this year, he reached melt down a couple of years ago in Malaga when all the teams got stuck in a traffic jam. 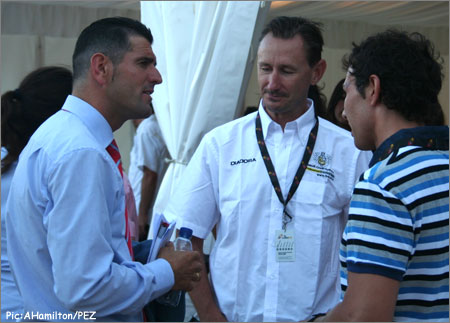 This just leaves me to find my way back through the petrol station to my hotel and dinner, as this is Andalucia I had to have gazpacho to start and garlic chicken for the main course, very nice and now to write up this article and it’s only 11 o’clock! 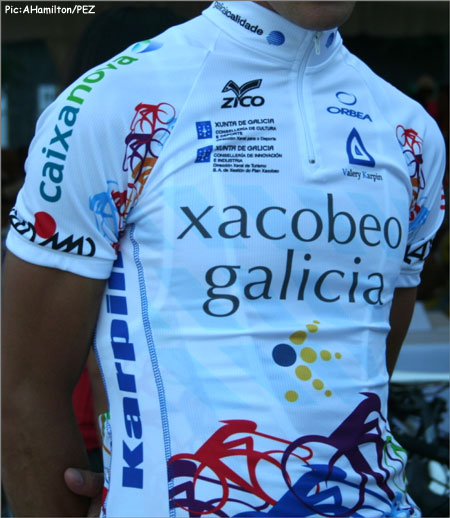 And one more picture…to show you the new jersey from the team we’ll most likely see a fair bit of in the early breaks this month.

Ireland’08: Fleeman Takes Us Inside!