Slowly they turn, inch by inch, step by step, towards Madrid! Today’s course had some ups, some downs, and some surprises on the road into Segovia as David Arroyo (Caisse d’Epargne) jumped out after sitting on to today’s prize.

First up was a doozy of a climb, lasting 17k in length, the Cat 1. Puerto de Navacerrada, but it did little to shake things up, though riders certainly were attacking from the start. 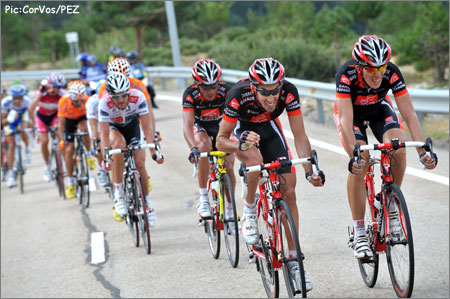 Then a large break settled numbering 13 riders, with almost every team represented save for Astana. It also had three Caisse d’Epargne riders in it, certainly signaling the end of “all for one” as far as Valverde was concerned. That group proved a little too dangerous to Contador, who leapt out to attempt to bridge on the climb, taking Sastre and Valverde with him, among a few others, but the break kept the tempo up, and Conta’s attempt was unsuccessful. 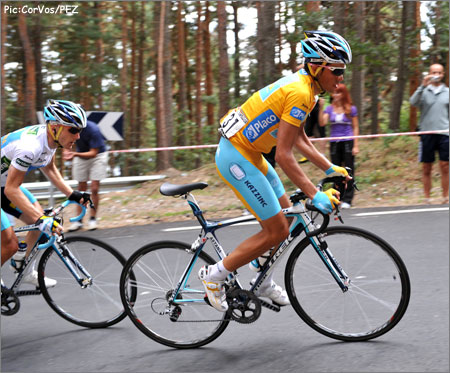 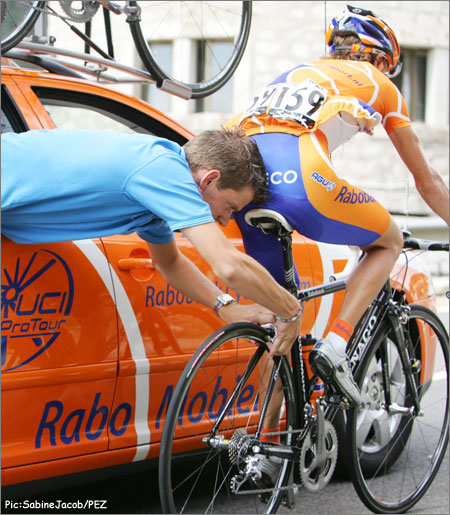 It’s not all hard riding…sometimes you need a little trip to the roving bike shop in the caravan.

With 70k to go, they met the Puerto de Navafria, and Sastre made a desperate attempt to break from the peloton, but was marked by the Astana men. By the end of the climb, three of the front group decided to go it alone, those three being Julien Loubet (AG2R), David Arroyo (Caisse d’Epargne), Vasili Kiryienka (Tinkoff), while behind, things settled back to normal as the remains of the 13 were absorbed into the main bunch, and the gap to the trio went up to almost a minute in short order. 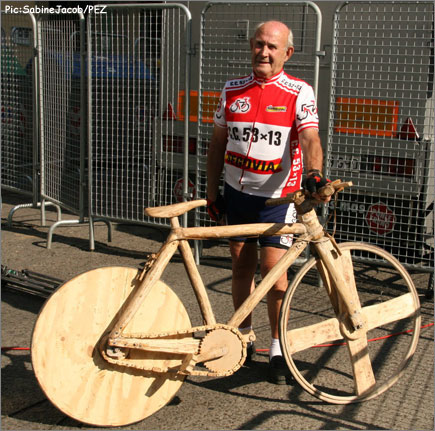 Race officials declared that Contador must ride this new prototype in tomorrow’s uphill time trial. Wait, that wasn’t funny. Whatever.

Onto the flat now, and the escaped trio pushed their lead to 1:15, and they were really hammering. Behind, Vavlerde’s men oddly took up the hard chase. The “split” in the peloton was repaired a few km later. And it was three up front, and all together behind. 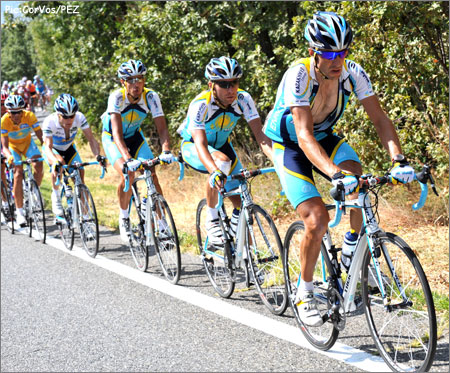 This is a picture of Astana on the front, but in this part of the story, it was Caisse, so imagine red and black jerseys and you get the idea.

Caisse d’Epargne was pulling so hard with Arroyo sitting on the break up the road. With the slightly uphill finish, they were clearly trying to set it up for Valverde. Perhaps a chance for a little redemption as the Spaniard once again fell short of media and fan expectations. 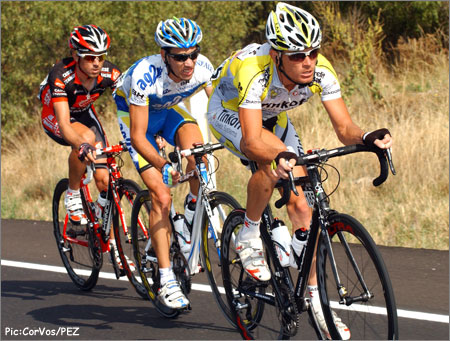 15km to go, and about 50 seconds separated the desperate trio and the charging bunch, which was still being led solely by Caisse d’Epargne. The old stalwart Erik Zabel had survived the hills, and was in the group too. Perhaps the old boy would get lucky today, eh? 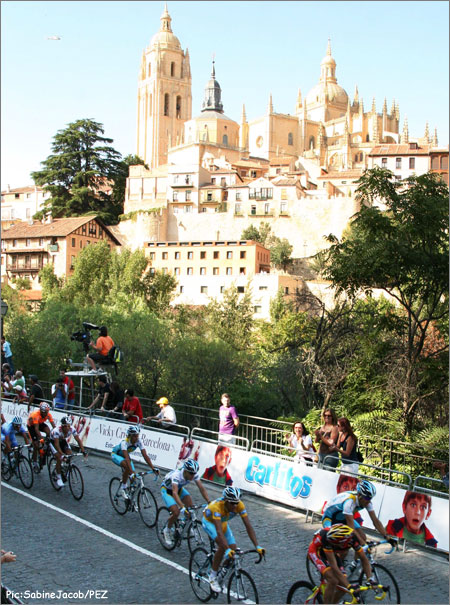 As they entered the circuit, poor Loubet fell off the pace a little bit, about 20 meters back. That looked awful painful. And the gap began to fall even quicker then, with only the Tinkoff rider doing the work, as Arroyo was sightseeing.

At 40 seconds, a Xacebo and a Euskatel rider attempted to jump across, and tried to bridge what was now a sub-40 second lead at just over 5km to go. This looked to be very close. The two man bridge didn’t work, so Euskaltel lent a hand at the front, too. 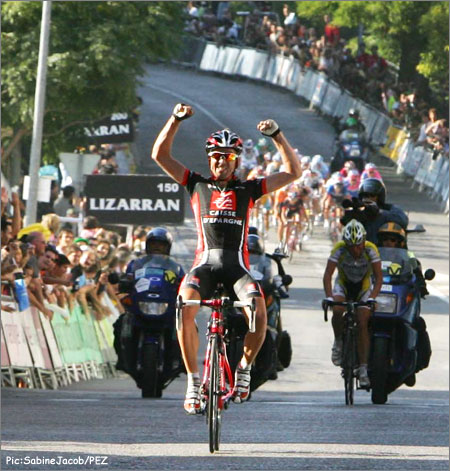 This was going to be desperately close indeed….up ahead, the Tinkoff rider was absolutely burying himself to make it stick as they hit the last little uphill inside of 3k to go. 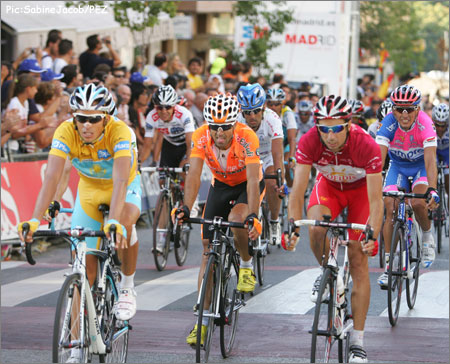 Alas, the group did not bring the escapees back, and David Arroyo got out of his first class seat and jumped around the Tinkoff rider to easily take the win as the bunch behind timed it wrong, coming in mere seconds later. 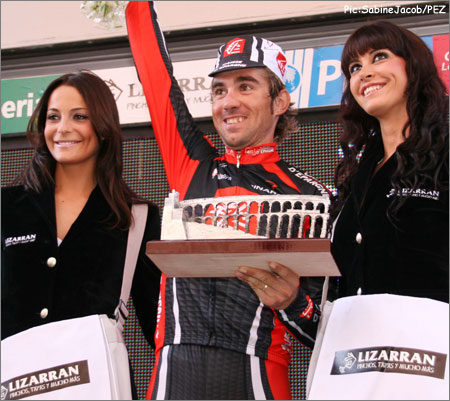 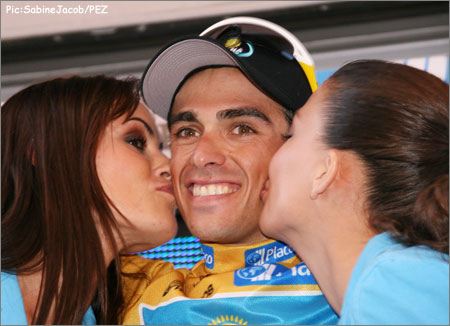