Inside La Vuelta With Fredrik Kessiakoff

‘Velo 2009,’ the annual professional cycling bible, makes no mention of Fredrik Kessiakoff (Sweden). That’s because in 2008 he was in the world of fat tyres, grip shifts, flat bars and suspension – a mountain biker, albeit, one of the best in the world. 2009 has seen him establish himself firmly on the road scene – we caught up with the Fuji-Servetto man after the baking heat of stage 6 in Xativa as he races his second Grand Tour of the year.

PEZ: Why the change from off road to road, Fredrik?
Fredrik: It was a dream of mine for many years; when I rode for the Swedish Crescent team in 2001/2 I raced on the road as well as in mountain biking in order to get more races.

I enjoyed it and felt that one day I should give it a shot, but there were so many things that I wanted to achieve in mountain biking – until this year.

My move to the road is no surprise to the people who know me. 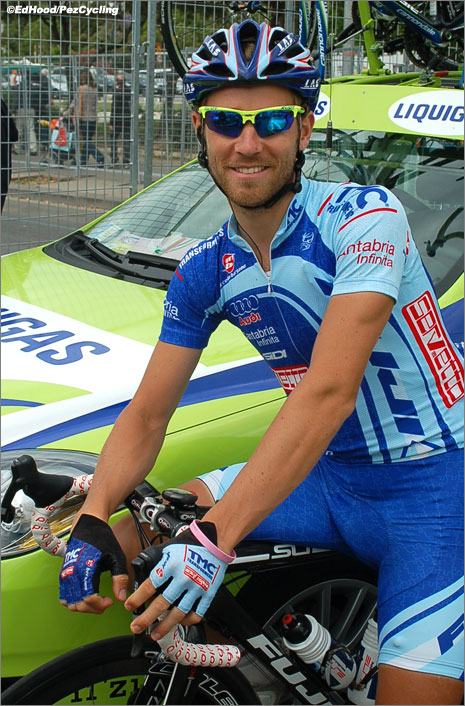 PEZ: Straight in to a Pro Tour team!
Fredrik: A friend put me on to a good agent in Italy, but also I live near to ex-pro Daniel Nardello – who is now a manager with the team – and he recommended me to the team management.

PEZ: Your goals for the Vuelta?
Fredrik: My main objective is to do well on a stage or two but not to come out of the race ruined; I have been selected for the Swedish team for the Worlds and want to do a good ride there.

PEZ: And the team goal?
Fredrik: We have Cobo for the GC and Vigano for the sprints.

PEZ: Vigano is starting to come through.
Fredrik: Yes, he was fourth today; I don’t get involved in trying to help him at the finish – not among the guys taking all those risks.

Eros Capecchi and Jesus Del Nero work for him in the final if they have the legs but we don’t have an organised train for him.

PEZ: Your first year as a pro and you’re tackling two Grand Tours!
Fredrik: I’m honoured; not many neo pros are able to tackle one, never mind two big tours. Not just that, I was able to ride them as I wanted; in the Giro I believed that I could break through on the GC, I didn’t know when, but I thought I would – in the event, it was not until stage 17.

But the team believed in me – and here in the Vuelta I’m being allowed to ride for stage results. I’m very grateful to the team for giving me the opportunities that they have – my life would be very different if I wasn’t on this team.

PEZ: You were fourth at Langkawi; now it’s September!
Fredrik: It’s been an incredibly long season, when I came out of the Giro I had ridden 55 races for 2009 to the end of May – as a mountain biker, I would ride 25 races, maybe 30 tops in a full season!

I needed a break after the Giro so I took June off – except for the Nationals then came back to Austria, San Sebastian and Poland. I’m aiming to ride into my best shape in the Vuelta, rather than at the Giro where I came in with good form. 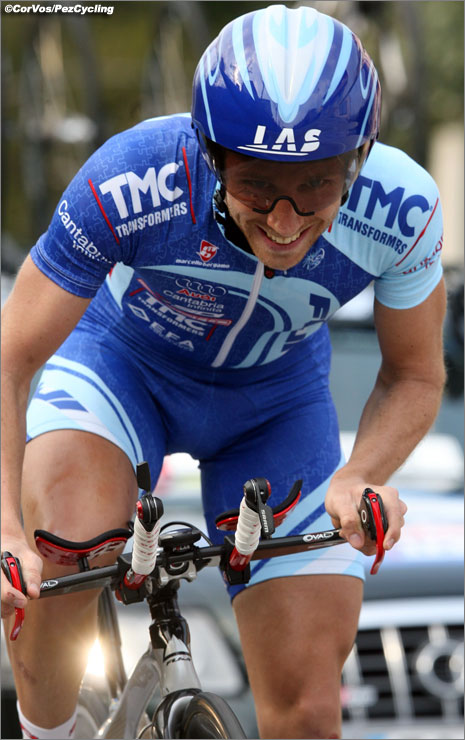 PEZ: How is your system coping with the work load?
Fredrik: For sure, my endurance is getting better – I can feel myself becoming a diesel engine. The hardest aspect is the mental one; in mountain biking you ride the race, go home, recover, relax, re-motivate yourself then focus on the next event. On the road it’s not like that; there are just so many races that you have to ride.

PEZ: The mental aspect is the biggest difference, then?
Fredrik: In a mountain bike race you have to be completely focussed, you have to be first into the single track or it’s not going to be a good day.

On the road you can’t have that focus every day for four or six hours; there are days where you have to think; ‘I’ll have to sit in the bunch today, or go in the gruppetto,’

A mountain bike race is like a time trial in that you have to be focussed all the time, you can never drop your guard.

I think that there’s not that much difference between the legs and body for the two disciplines – and a lot of mountain bike guys could do well on the road – but it’s the mental thing, the sheer amount of racing. 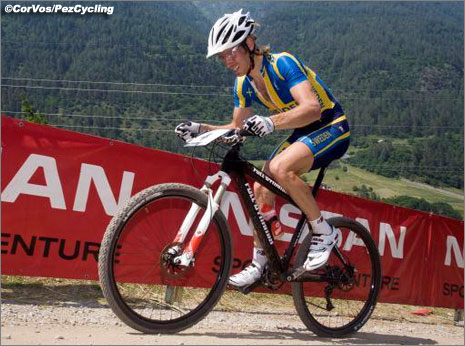 PEZ: How about the Spanish weather?
Fredrik: It’s very, very hot – uphill and downhill, you feel it burning. I’m suffering with it but it’s not killing me – it’s vital that you keep taking water on, though. I think that any more than half-an-hour without a bottle and your body would shut down.

PEZ: You were top ten in Romandie – a strong result.
Fredrik: Yes, Romandie and the start of the Giro were the times this year when I was in my best shape – I had good sensations. That top ten was achieved despite us having a lot of bad luck in the team time trial with crashes and punctures – we were second last. All that time adds up; I’m looking forward to Romandie next year, already.

PEZ: You live in Switzerland.
Fredrik: Yes, that’s because it’s very central in Europe; the mountain bike life style is different, you have to drive yourself to races with all of your equipment. It wasn’t practical for me to live in Sweden when most of the races are in Northern Italy or Southern Germany.

PEZ: Your website says Swedish pear cider is your favourite drink.
Fredrik: Yes, but only in the off season, when I’m back in Sweden – I love it, but it’s a treat for me.

PEZ: And KessiaCoffee?
Fredrik: It’s something I’m doing in the background, it came about as a joke, but eventually a friend and I thought; ‘we’ll give it a try!’

We approached a roastery, they thought it was a good idea and it went from there. It’s not something I do a lot with, it’s low key – but you never know for the future.

***
With thanks to Fredrik – and if he doesn’t open that coffee shop in the meantime – we’ll be talking to him again, before the end of this Vuelta.

Vuelta’09 St.7: Really, Nobody Does It Better