I was just thinking; ‘I’ll need to SMS Ryder and tell him that our interview is up on the site,’ when I received an SMS myself, from Dave; ‘Hesjedal and Garcia are up the road,’ wow! I thought to myself. Then another; ‘your man has won!’

It took a day or two to get hold of Ryder – when you’re a Grand Tour stage winner, the whole world wants to talk to you – but here’s what he had to say about the biggest day of his career.

PEZ: That must have been a good rest day, Ryder!
Ryder: Yeah, it seemed to work well; I felt great on stage 10 (where he was second to Simon Gerrans.) and again, when I won stage 12. 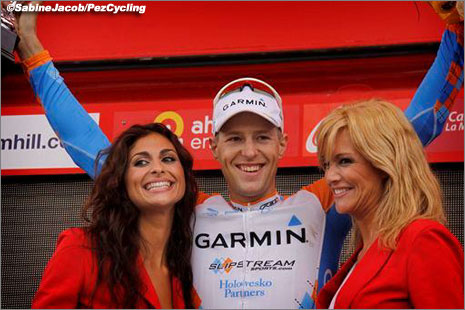 PEZ: You were away early again – 27 K.
Ryder: We were sharing the marking responsibilities, Christian Meier and Svein Tuft did a good job early and then when it was my turn, I could sense that the break was going to go. In the event, I didn’t have to work to hard to get with it or to establish it – and that’s important.

PEZ: You had Vino for a buddy in the break, again!
Ryder: Oh yeah! I thought; ‘here we go again!’ but in the event he wasn’t up to the challenge.

PEZ: Did you think the break would go all the way?
Ryder: Yeah, I did. You always hope it will stick, but there were a lot of good Spanish guys there with a number of strong teams represented. We were a bit frustrated when that guy who was only six minutes down on GC came across (Duran from Fuji) but for that we might have been let go to 10 minutes. But at the end, I won by the closest possible margin – one second, and that made it all the sweeter. 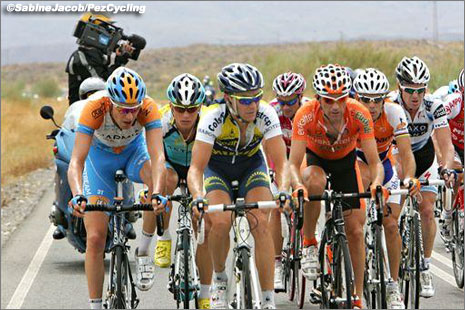 PEZ: When it was just down to you and Garcia, and he stopped working, you must have been worried?
Ryder: At that moment, I didn’t know that Mosquera was trying to get across, so I didn’t know that it was a tactical move; I thought maybe he was too tired – but it was up to me to pull him along if I wanted to win.

PEZ: Were you worried when you saw Gesink coming?
Ryder: I knew those guys were coming up, I could see them in the switchbacks but I knew that if I got to one kilometre to go and I was still clear, with no one on my wheel, then I could win. At the line Gesink was till six seconds back but it could have been more because we were playing around a little into the finish. I didn’t appreciate Gesink’s remarks that if he’d started his effort 500 metres earlier, then he’d have won.

PEZ: Did Tyler’s win, the day before help the motivation?
Ryder: I’ve been around when Tyler won in Tirreno and in Eindhoven so his winning didn’t change anything. Being so close on stage 10 was the big motivator, stage 12 I was visualising the win all the time – the last kilometre went just as I envisaged and that was sweet. 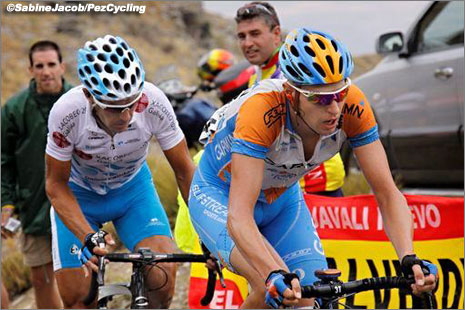 PEZ: Your best win, ever?
Ryder: I think so, a beautiful day in the mountains in a Grand Tour; I live here so it’s fitting to win here – it’s the biggest and most beautiful win of my career, yeah.

PEZ: How have the last two days been after your huge efforts?
Ryder: It’s been difficult, but it wasn’t just my work in the those big breaks; I was working for Tyler during week one, I was covering breaks, I was feeding guys, fetching bidons. It’s been a lot of work – we’ll have to see how the last week goes.

PEZ: How has the media/SMS/email situation been, since your win?
Ryder: Pretty awesome, overwhelming – I had a huge amount of good wishes after my second place on stage 10. That was big motivation for stage 12 – knowing all those folks would be watching. It’s a big result for Canada too; this is the first Canadian stage win in the Vuelta – it helps put the country on the map. 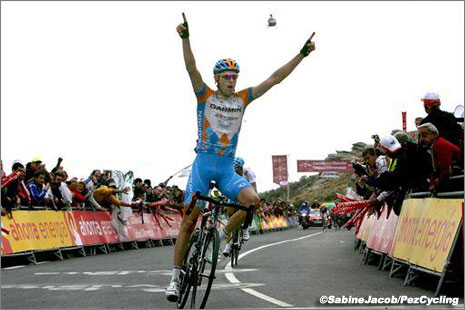 PEZ: Tom Danielson has slipped a little.
Ryder: Yeah, but he had issues in the Sierra Nevada and as far as the GC goes, he took a bit of a hit, but if he holds on to a top ten in a Grand Tour than that’s a big result.

PEZ: Is Valverde the man for the GC?
Ryder: Yeah, I think he’s shown he’s definitely the favourite; and his team is very strong one. I don’t see how he can lose, given the way he’s been riding in the mountains – but Sanchez is getting stronger and Gesink has to be watched.

PEZ: And Cunego good for the Worlds?
Ryder: That’s clear – he’s one of the favourites and the Italian team is very strong and disciplined. 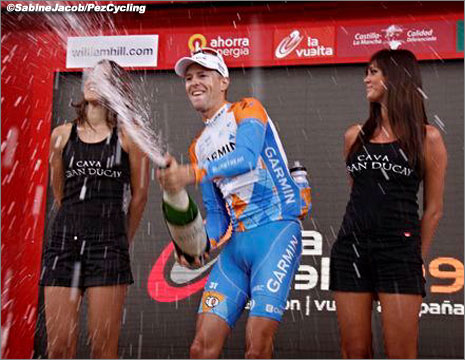 PEZ: What else can we expect from Garmin in this race?
Ryder: David Millar had a bit of a bad stomach, but he’s recovered and he has good memories and results from the Vuelta in the past – he’s targeting the final time trial. For the transition stages, Martijn Maaskant is a very good rider to be in the breaks.

PEZ: Final question; who inspired you to be the rider you are?
Ryder: I started in mountain biking, so my early idols were in that field; but then I became competitive with those guys and began to become aware of just how big the sport on the road was. Steve Bauer was the guy that I heard about and respected – I’ve spoken to him man times since then and he’s always been very supportive and helpful. And now that I’m here, I know the scale of the sport and I look at his achievements – awesome!

***
With thanks to Ryder for talking to Pez and congratulations again for adding a page to the history books.