Race Report: Tyler Farrar has been knocking on the door of a Grand Tour stage victory all season, and finally, in his third Grand Tour of the year – he got it. In a painfully long sprint, Farrar managed to hold on to take the top spot over Philippe Gilbert.

Tyler Farrar has been working hard for his first Grand Tour win. He has raced in each of this season’s three Grand Tours. He has come close to stage wins as well, typically thwarted by one Mark Cavendish. Farrar has been steadily improving throughout the season though. He broke through in a big way with the win at the Vattenfall Cyclassics, then went on a tear over the next few days. His newfound confidence has apparently not left the building over the first 11 stages of the Vuelta, as he plowed through to take the huge victory. 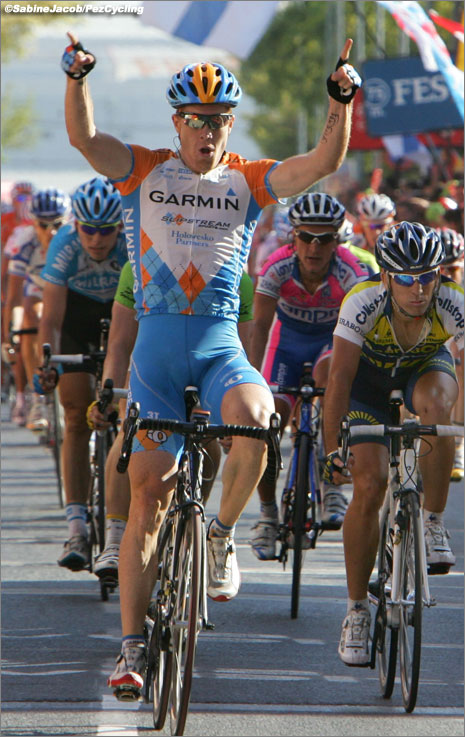 The sprint was anything but organized. The mayhem of a long sprint with no clear leadout made for chaos, and it was Farrar who managed to get his wheel to the line first. 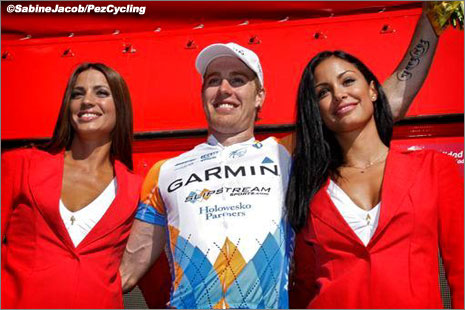 As for the day? Meh. It was a long day at 200km with two significant climbs. The final climb came with about 40k to go, so the able-bodied sprinters were able to get back on in the run-in to the finish.

David Moncoutie (Cofidis), Amets Txurruka (Euskaltel) and this Vuelta’s ants in his pants lover of all things breakaway, Johnny Hoogerland (Vacansoleil), made up the day’s escape. Moncoutie, as in 2008, seems to be hellbent on getting the Mountains Jersey, and did well for himself today in that mission. The break never got one of those three day gaps as breaks are sometimes want to enjoy, but they did their duty, they raced hard, and then they were swallowed up in the feeding frenzy leading into the finale just after the final climb of the day. 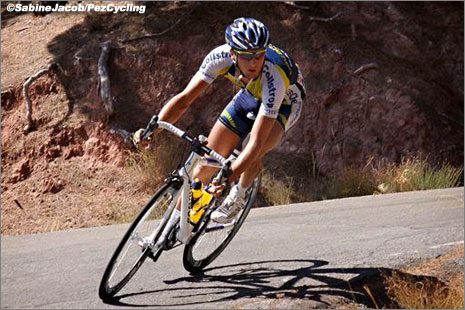 Johnny Hoogerland seems to be in every break. He didn’t disappoint today.

Fabian Cancellara looked motivated for a result today, and even though he topped the final climb almost half a minute off the back of the leaders, he managed to ride back across to the front group along with Oscar Freire, former Mountains Leader David De La Fuente, and Juan Manuel Garate.

As the break came back to the Mothership, FdJ’s French hope, Remy Di Gregorio, blasted forth to give it a go on his own. As the field set about controlling the Frenchman and getting ready for the sprint, a group with Andre Greipel and eventual winner Tyler Farrar managed to link back on to the field.

Di Gregorio’s chances were nil, and he proved it when he was brought back into the fold with around 17k to go. Linus Gerdemann figured this was a fair time to try his hand and countered Di Gregorio, only to find that his leash was smallest of all. 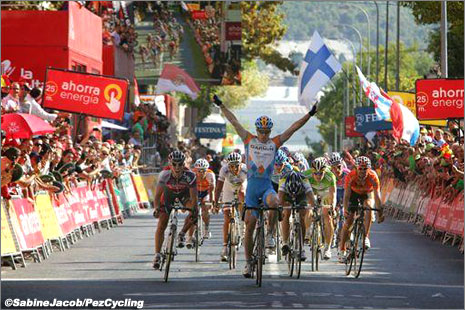 Liquigas tried to take control of the sprint, but didn’t have nearly enough horsepower to keep control of the group. Fabian Cancellara proved this fact in disarming fashion when he leaped passed the assembled leadouts and made a dig for yet another stage win. For once, it wasn’t to be. Cancellara’s move was solid and impressive, but there was no denying the sprinters today.

Rabobank seemed to have the best organization in the disorganization, but the leadout was no match for Tyler Farrar’s long-awaited first Grand Tour stage win. 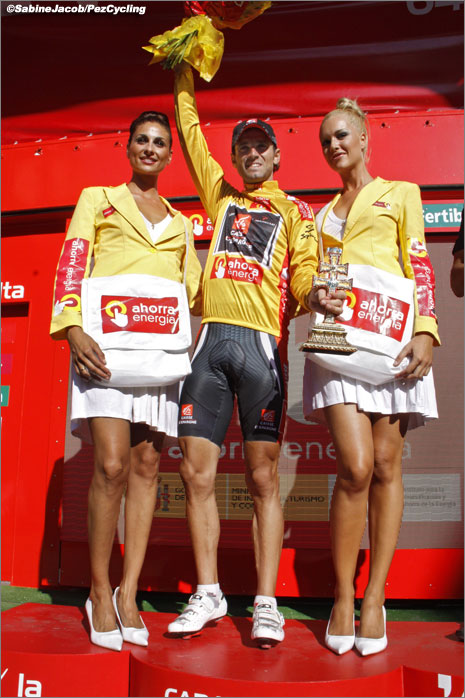 GC? No happenings there. All managed to arrive home safe and sound with the lead group. 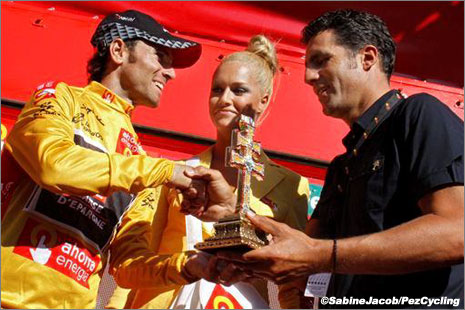