Roadside Pez St.1B: A late finish for everyone on Saturday’s team time trial made getting up early on Sunday a bit tricky for some; although the start wasn’t till after 1pm about 30 riders couldn’t make the sign on, but then there was an added reason for that, thanks to the UCI.

2am is not the time to be editing photos and writing articles at a bike race, but that’s what happened on Sunday morning and to honest I didn’t feel like getting up early to post my story, so I didn’t! 10 o’clock was early enough seeing as Stage 1 (which is really Stage 2) didn’t start till 13:20, or so many of the riders thought, more of that later! 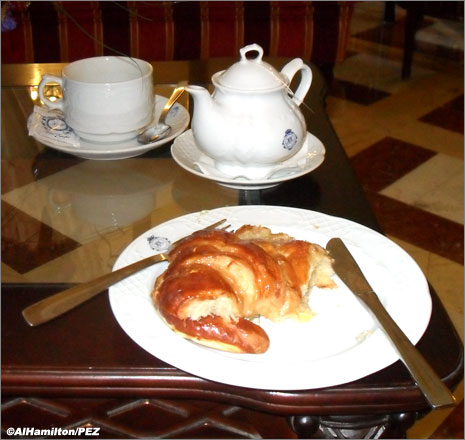 Down stairs in my hotel the Wi-Fi worked very well and I could have a little breakfast, eating at two in the morning is not good for the digestion system, so a light breakfast of a croissant with a little marmalade and a pot of manzanilla (camomile) tea was just the ticket. Two hours of work on the lap-top and it was time to drive out to the start in Alcalб de Guadaira which I was assured was 5 kilometres away, TomTom had a different idea, including asking me if I wanted to drive on unmade roads? 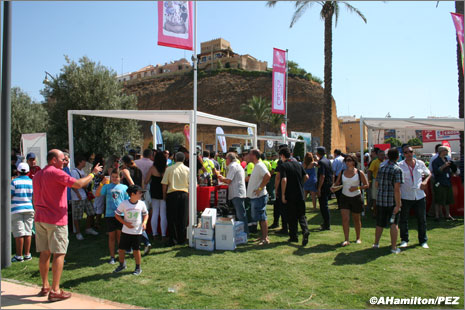 Parked up in the start zone which was an unfinished housing/industrial area, but was nicely overlooked by castles on two sides, it very hot as there was no shade and everyone was trying to get under the few show tents and get their hands on the free drink and food. Later in the day on Twitter Fabian Cancellara said he registered 47єC on his SRM. The girls working in the sponsors tents were getting there kit ready, but they always have time to pose for a photo! 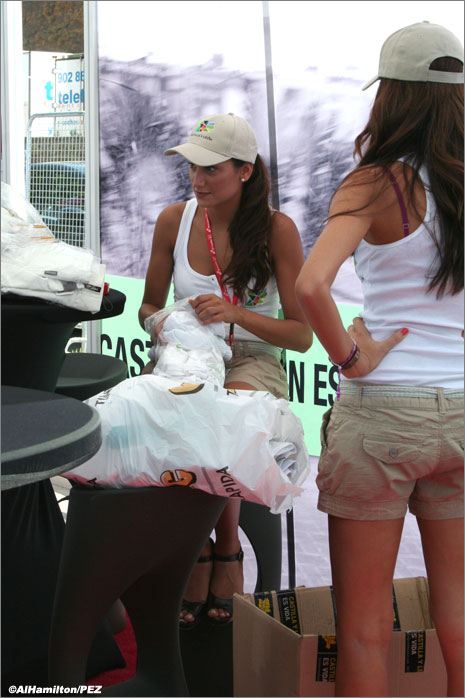 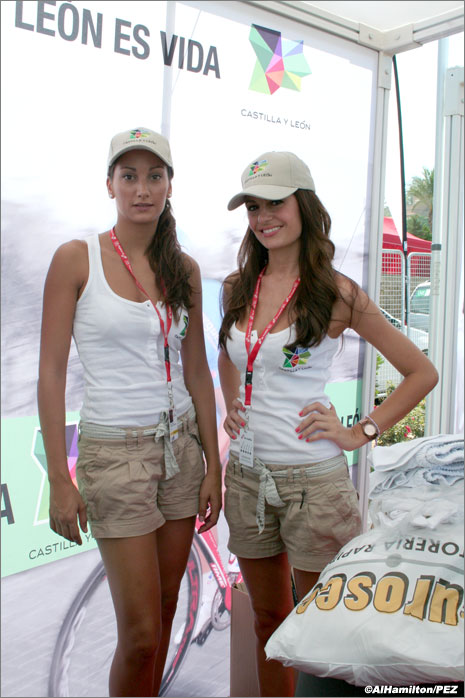 The same girls also work on the podium, in previous years there would be many more girls with different girls working the sponsor area, the start and then others strutting their stuff on the podium at the finish…oh! The crisis is affecting even this! 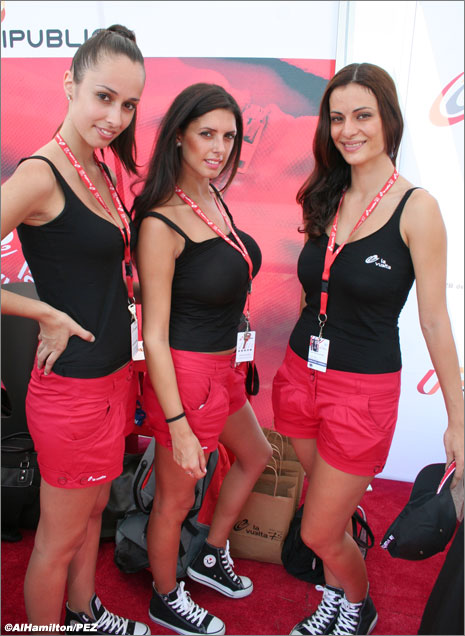 At the rider sign on there was a steady trickle of stars as it was getting close to time for the off. 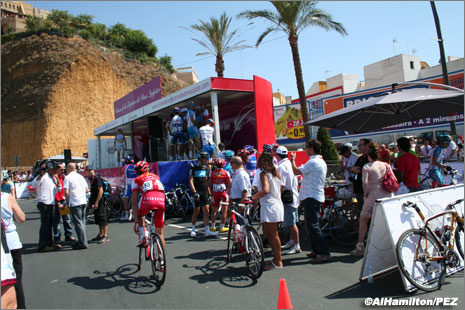 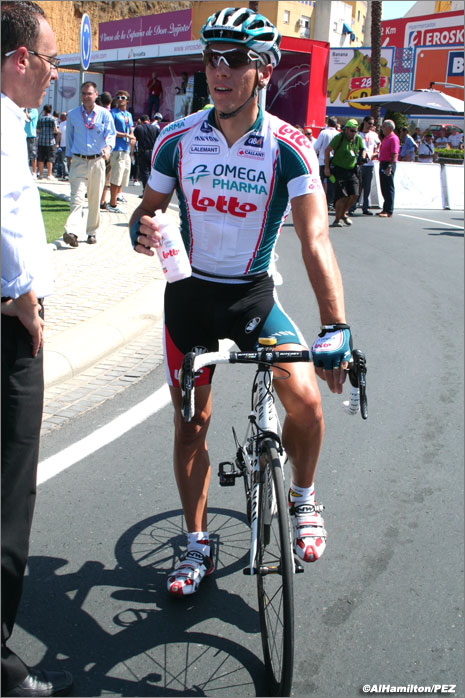 Philippe Gilbert of Omega Pharma-Lotto was looking very fit and is keen for stage wins and top training for the Worlds in Australia. 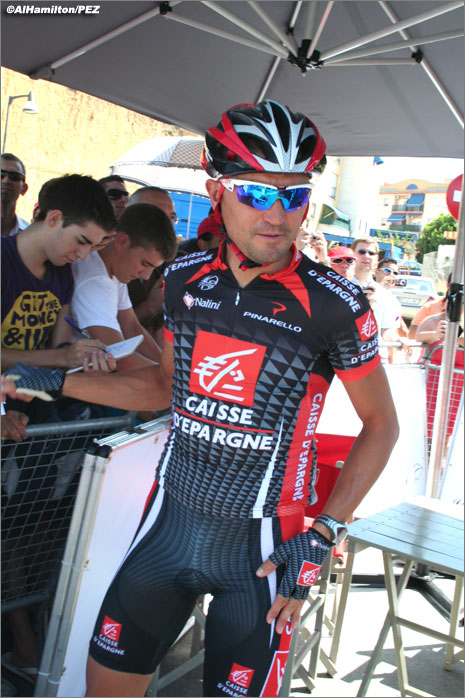 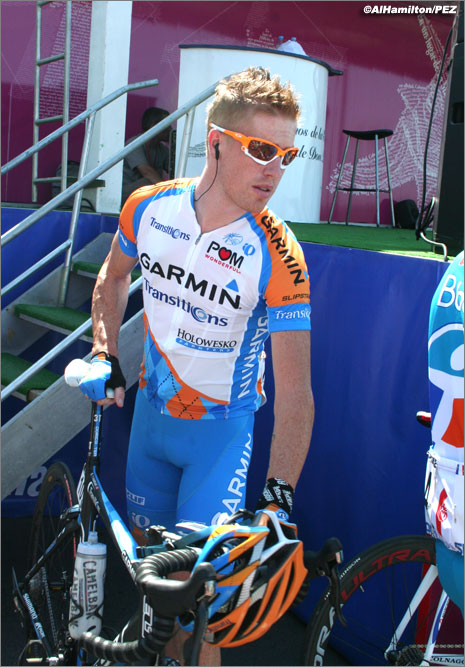 Tyler Farrar, the American sprinter was early to the sign in and was keen for the off, later he managed 3rd into Marbella. 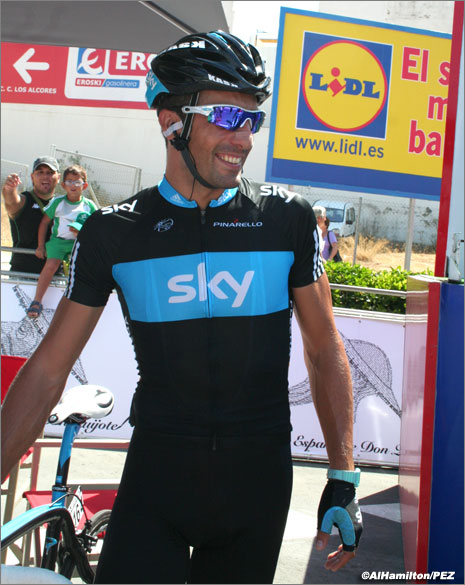 Juan Antonio Flecha, as you would expect, was a big favourite with the fans. 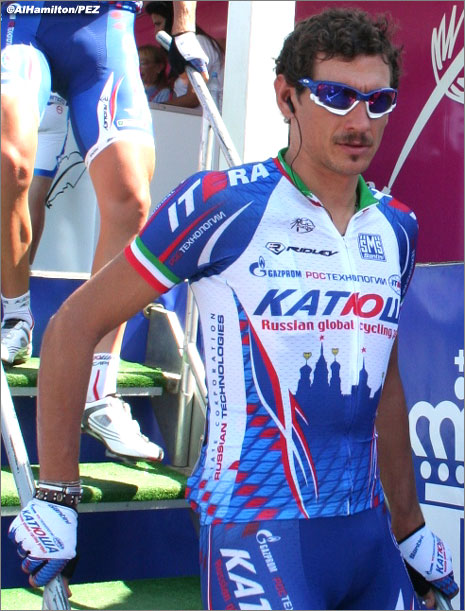 A couple of years ago on the Vuelta, Filippo Pozzato promised to shave off his dodgy moustache if he won a stage, well he got a stage and the thin bit of hair covering came off. It looks like he is trying again-stage win coming? 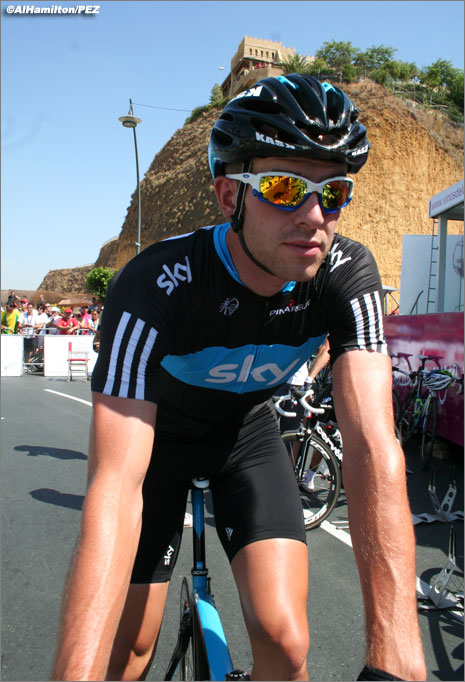 Sky’s GB rider Ian Stannard, ready for the off. 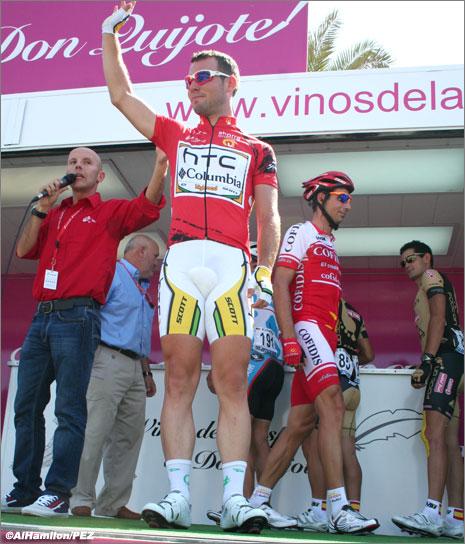 Overall leader; Mark Cavendish received the biggest ovation from the large crowd, no sign of the gold shoes though! 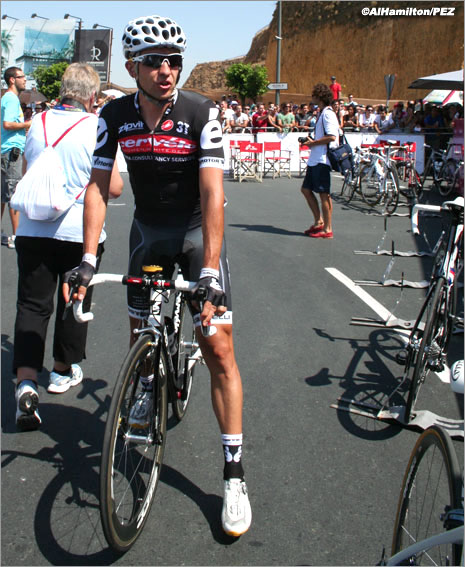 The sign-on was to be closed at 13:10, but it was 10 minutes early and the lady from the UCI disappeared with the paper with around 30 riders still to sign on, most noticeably; Carlos Sastre, Frank Schleck and Oscar Freire. 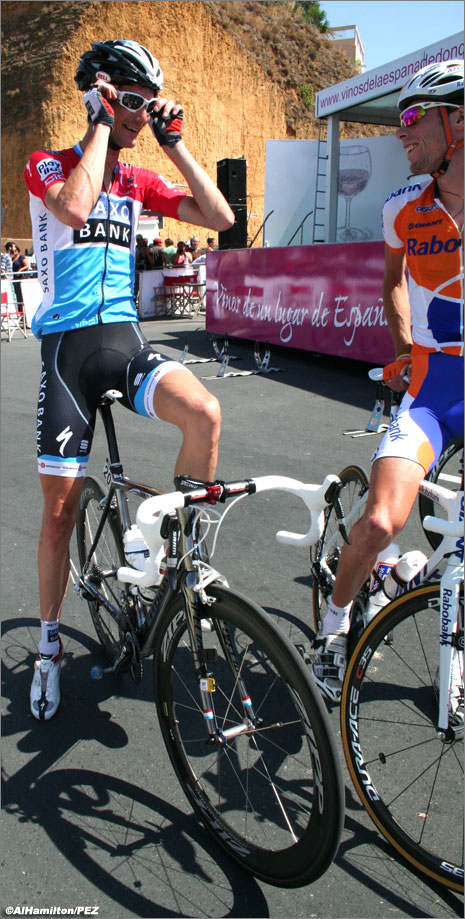 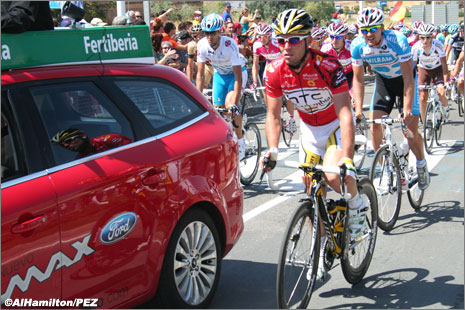 Then the gun went for the start also early, some riders were still looking for the sign-on, the UCI committee must need some beer money? 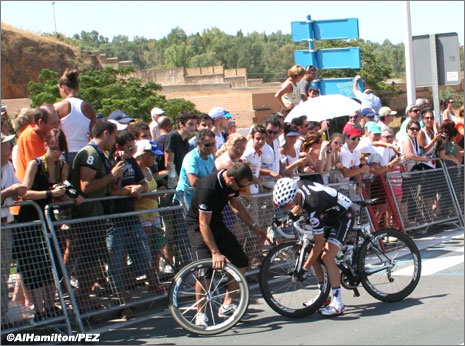 First puncture of the day was to Oscar Pujol of the Cervelo Test Team, it must have been within 500 metres of the line, no problem as he must have used his race radio, and the mechanic was waiting on the road, who says radios should be banned?

I headed off to drive home for a couple of days, don’t worry I’ll be back at La Vuelta on Wednesday for all the behind the scenes action.