Race Report: A medium mountain stage greeted the riders at the Vuelta in this, Stage 13 from Rincуn de Soto to Burgos, spanning 193.7 km. 5 men went up the road early, but a bunch sprint was on tap and Mark Cavendish couldn’t be stopped as he took his second win in as many days.

A day for a sprint was just begging for a few guys to give it a shot in the breakaway, and by 5km in, we had 5 guys off the front building time on the group. The break featured these five: Allan Davis (Astana), Olivier Kaisen (Omega Pharma-Lotto), Giampaolo Cheula (Footon-Servetto), Manuele Mori (Lampre) and Niki Terpstra (Milram).

The day went as planned as the break’s gap went up, and the field set the hook. Seemingly uninterested over the only two Cat 3 climbs over the race, the field rolled fairly easily behind. 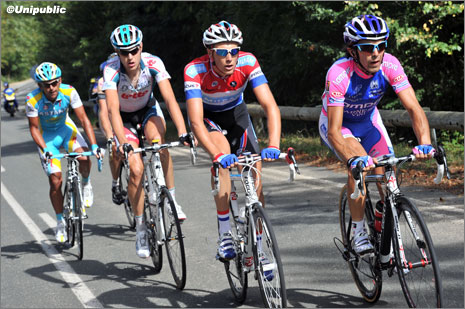 Up over the final Cat 3 climb of the Alto de Valmala, the breakaway group of 5 men still had 2:00 in hand. At one point, they had built the lead up to 8:00 before the peloton decided to put the break in check.

The peloton moved slowly over the last climb, mostly under the guidance of the Garmin-Transitions team. No one seemed at all interested in pushing anything with 33 km to go, no more climbs, and the break in a position to be easily brought back. 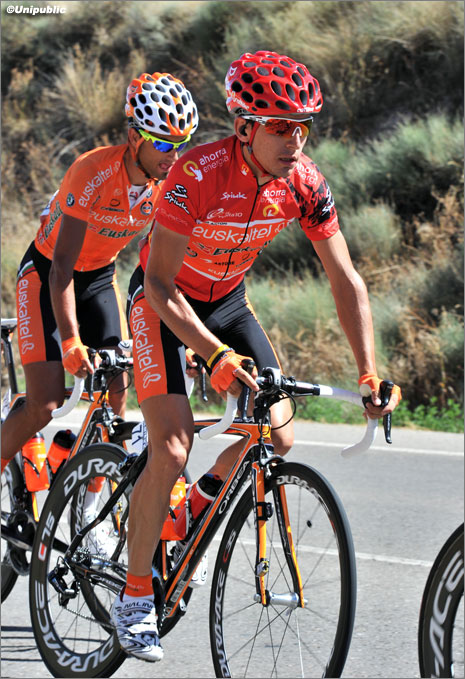 But by 25km to go, the group started to whip up the pace smelling the sprint finish ahead. From fat to skinny, the peloton stretched out as the chase was on in earnest.

By 10 km to go, Garmin had again taken the front en masse, clearly liking their chances of Tyler Farrar, even though one of their top lead out men, Julian Dean, didn’t start this morning. They had brought back the break down to 29 seconds. 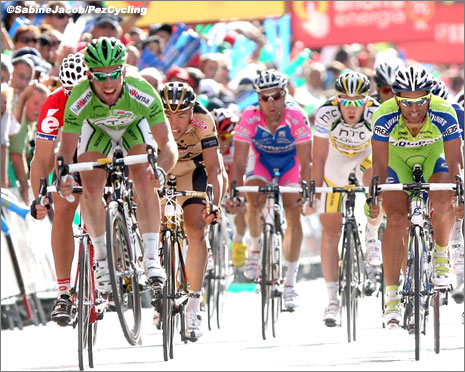 By 5 km, Milram’s Terpstra took a dig from the break as the peloton breathed down their necks. In fact it was down to 8 seconsd to the remaining 4 in the break. Terpstra’s move didn’t stick and by 3km to go, it was everyone together, at full steam hurtling towards the finish line.

Several teams were positioning at the front like Quick Step, Liquigas, HTC, and Garmin. The speeds were way up, and guys were beginning to get shelled out the back inside these final few k’s. 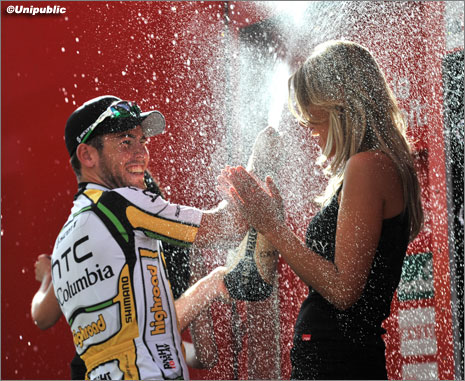 HTC came out of the final tight turn in great position, with Goss in front of Cavendish, with Farrar and Hushovd right behind. But there was no stopping the Manx Missile with a clear look like that, and he even made a little bunny hop over the finish line. Dangerous much?