Vuelta a PEZ: Start Minus One!

Roadside Preview: Day 2 and it’s all go at La Vuelta with press conferences and team presentations to attend. Lots to see but not much to eat…this is not normal for La Vuelta! Could be the crisis I guess? Anyway, pizza on the way home will have to do today; here is what I got up to on Vuelta start minus one!

An early start was on the cards today as there were two press conferences to attend before the team’s presentation tonight. I say early…2pm for La Vuelta is a bit off! Too late for “El Almuerzo” (mid-morning snack) and too early for “La Comida” (lunch). Anyway, Geox-TMC was first up, Carlos Sastre and Denis Menchov met the press at the Vuelta Sala de Prensa and then meet Omega Pharma-Lotto in the rather nice Albir Playa hotel.

Yesterday, I spotted Euskaltel-Euskadi on my way out, today it was Sky, but I was not fast enough with the camera for a photo, I guess there is going to be enough chances for photographing cyclists! At the press office things were much busier than yesterday.

Most journo’s were there to listen to Carlos Sastre and Denis Menchov of Geox-TMC and catch-up on their e-mails with the free internet. Geox manager, “Matxin” Fernandez was first there to set the scene with Sastre close behind and being asked questions before the conference had started. Menchov seems a little more reserved, not shy, but holds back a little. 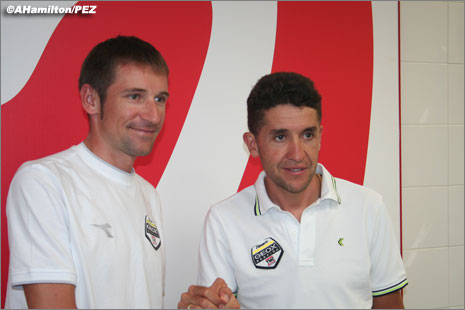 The usual questions were asked…you’ve heard them all before. Sastre thinks “there are a lot of opportunities!” Carlos always comes across as a happy guy and added; the individual time trial is important, but so are all the mountain stages.” He feels the team is ready for La Vuelta; “the sensations in the team are good!”

Menchov on the other hand was philosophical about his main rivals, “there’s not just Nibali (last year’s winner), there are 4, 5 or 6 others, the Katusha team is very strong” and “the individual time trial will be very important.” 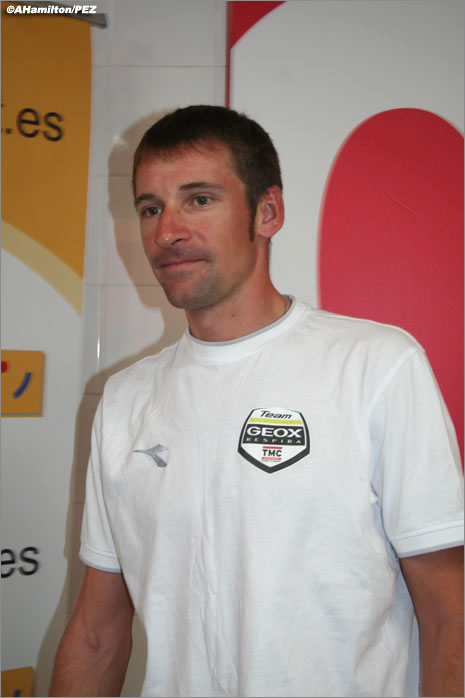 When Sastre was asked about him and Menchov in the same team, he answered: “We were rivals, now we are team-mates.” Matxin had the final word “I wish all the teams had more than one leader!” 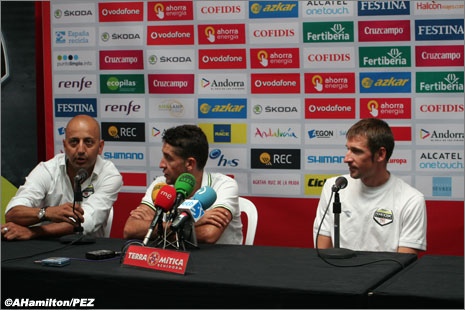 It only left me to receive a very nice bottle of Villa Sandi wine from the team, as the owner of Geox also owns the vineyard. That’ll go down well one night!

Jurgen Van Den Broeck, DS; Jean-Pierre Heynderickx and Team Manager; Marc Sergeant were to take the questions, which were all in Flemish. But I got my chance to quiz VDB. 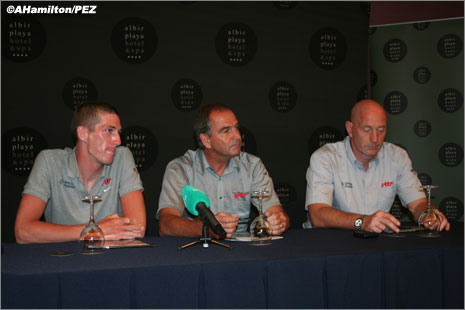 PEZ: Which are the most important days?
VDB: The last nine days, they are all hard! Also Saturday’s TTT is important.

PEZ: What about the individual time trial?
VDB: I’ll have to wait and see, I’m not targeting the GC.

PEZ: What about the L’Angliru?
VDB I’ve never seen it, but everyone has told me about it…we will see!

PEZ: Who will you be watching?
VDB Like I said I’m not going for the GC, but I think Rodriguez and Nibali and maybe Wiggins, but we don’t know how he will be after his accident, like me! 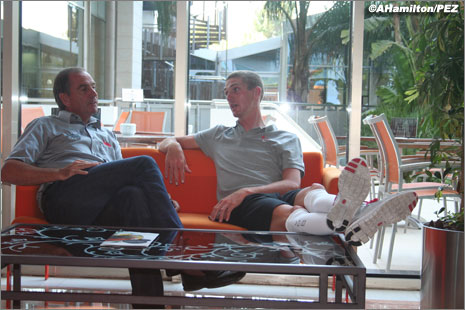 So that was the day over, next the Team’s Presentation in the evening.

Previous years have been a little fraught for the organisation and difficult for the TV and the teams with a lot of hanging around, but usually a good selection of food to keep you interested. This year was more slick, but only beer and soft drinks and only water melon to eat! That said it was a nice evening watching the stars, meeting old friends and taking in the sights down at the beach. 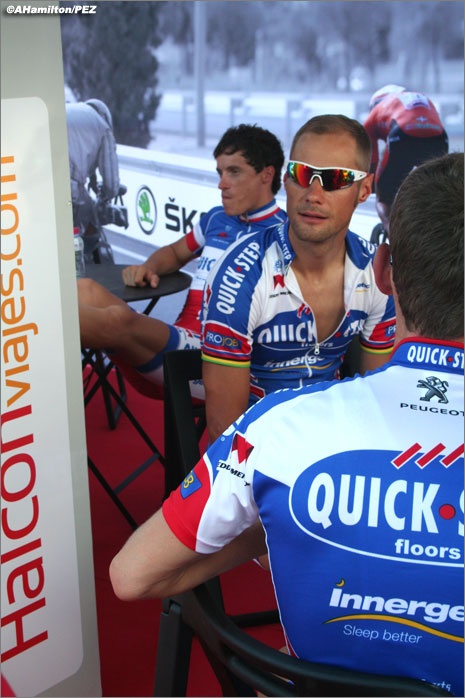 Tom Boonen and Sylvain Chavanel look fairly happy with things and it was good to meet up with their PR man Alessandro Tegner who I last saw in Calpe in February. 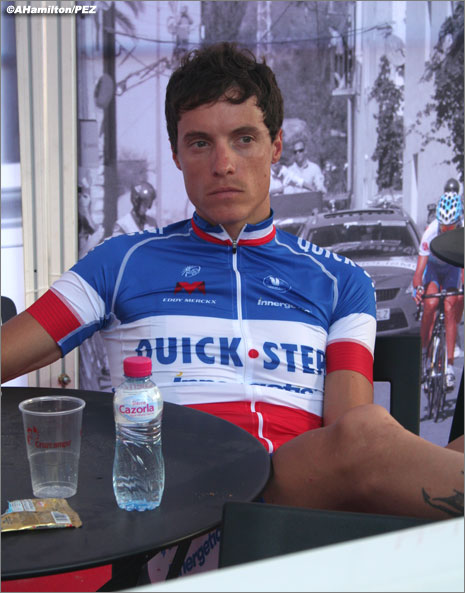 Could that be the Tashkent Terror; Djamolidine Abdoujaparov talking to Katusha’s Andrei Tchmil? And yes it is, he’s working for Astana now. 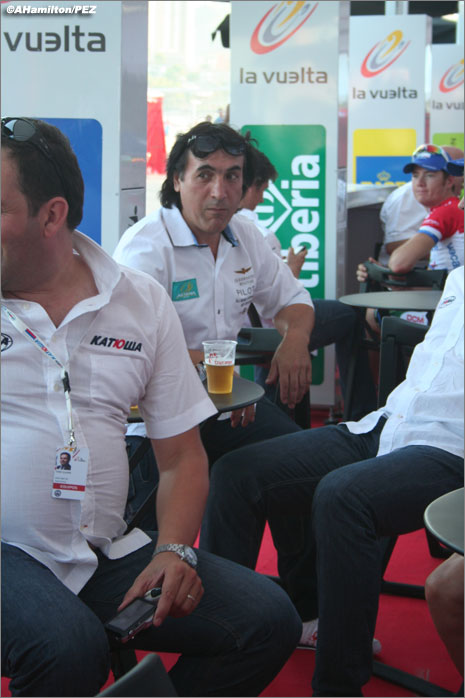 Next up were the Irish cousins for a family portrait; Dan Martin and Nico Roche. Both were not overly impressed with the heat for training. 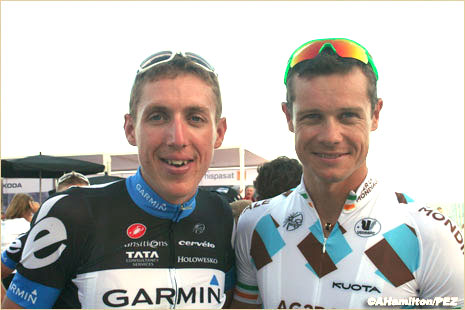 Alessandro Petacchi always looks fit, but doesn’t win as much as he used too, maybe a stage win in La Vuelta? 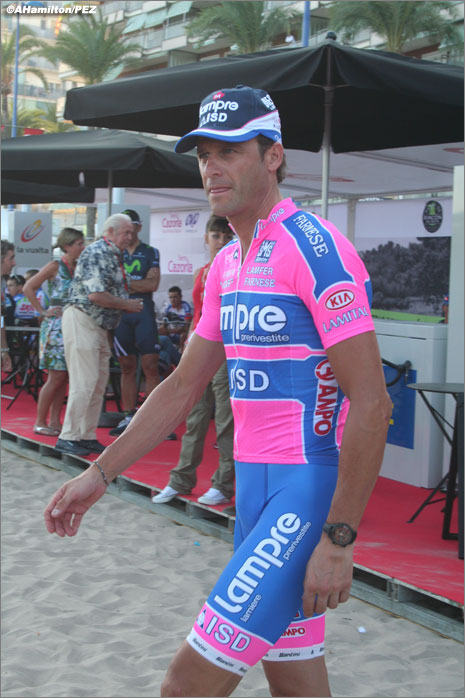 Marzio Bruseghin must be lean enough to have a beer the day before the start of a Grand Tour! 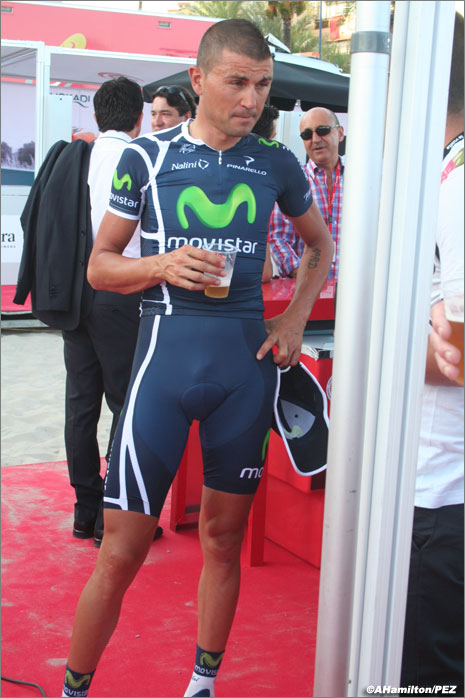 It was great to see BMC Young Gun; Taylor Phinney and the team’s PR Sean Weide. 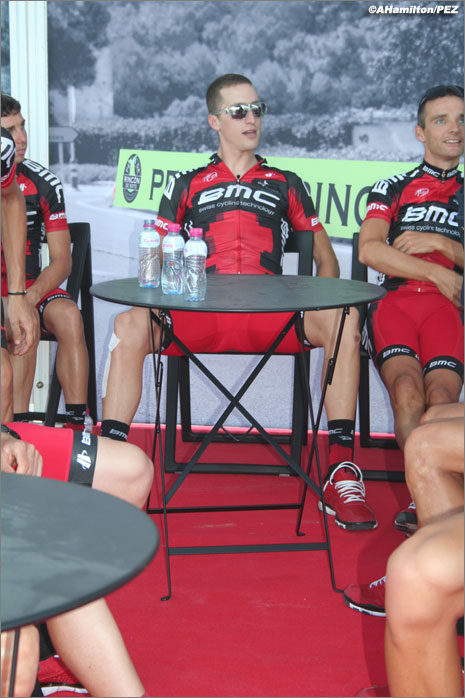 The soon to be parted friends; Stuart O’Grady and Fabian Cancellara. 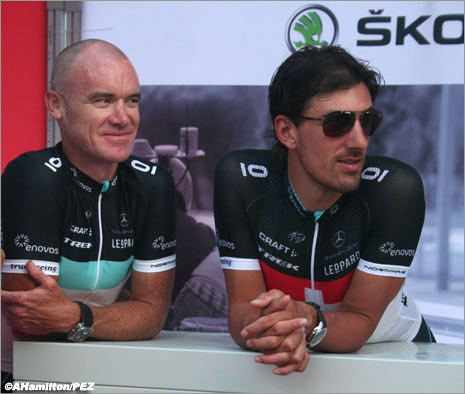 Jurgen Van Den Broeck obviously wasn’t fazed by my questioning; I think he likes a laugh! 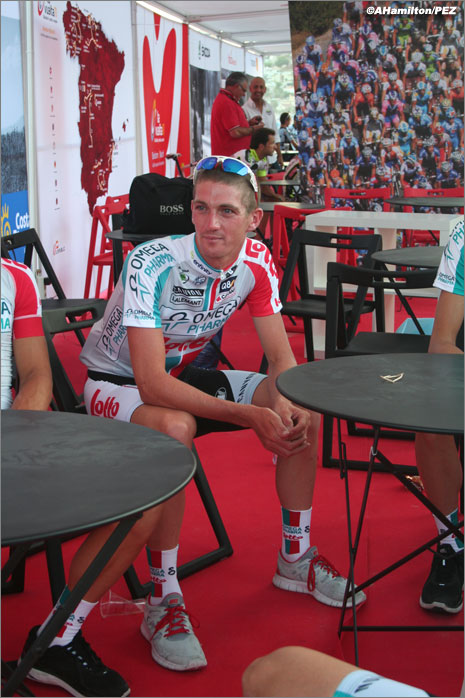 Wiggins was not happy to have to wait and commented that they had been treated like dogs for the last hour! Yes dog’s in a big bus with A/C! Cav was cool and taking it all in his stride. 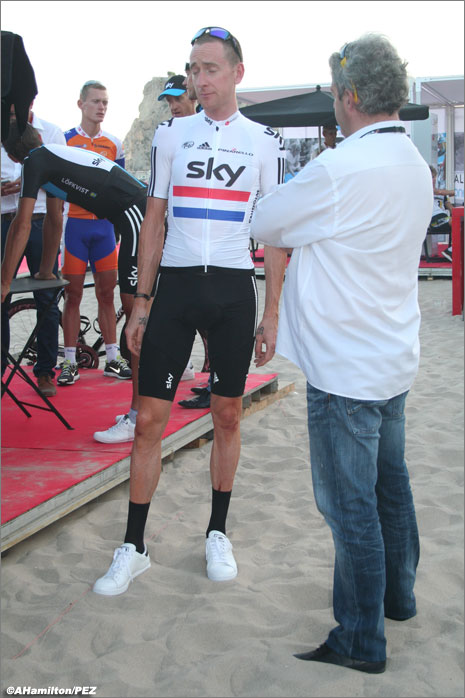 OK time for a beer, who is this? Oscar Freire, fit after his nose operation, but not drinking beer! 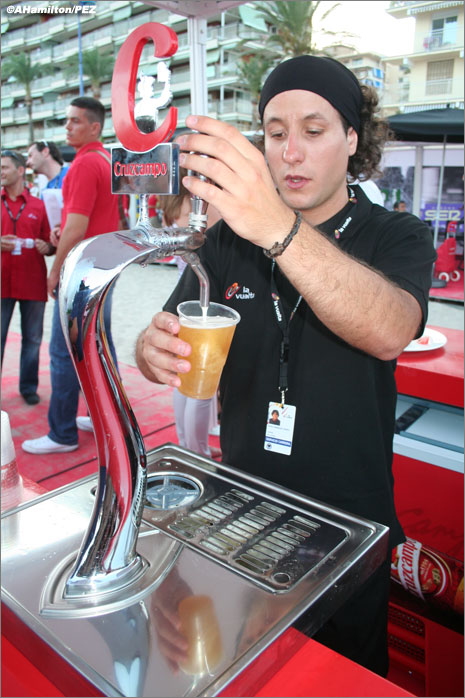 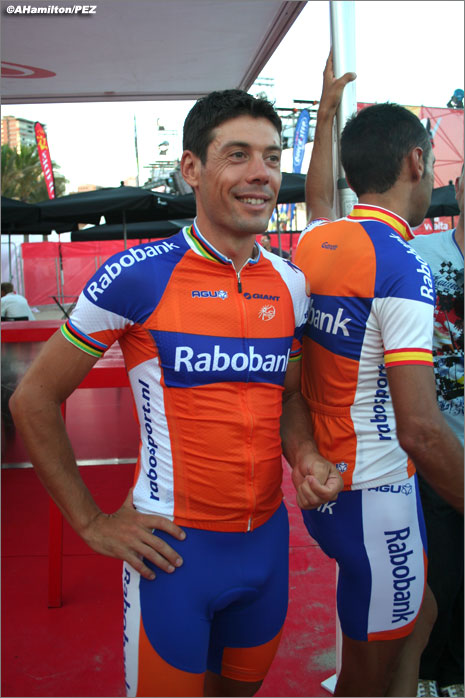 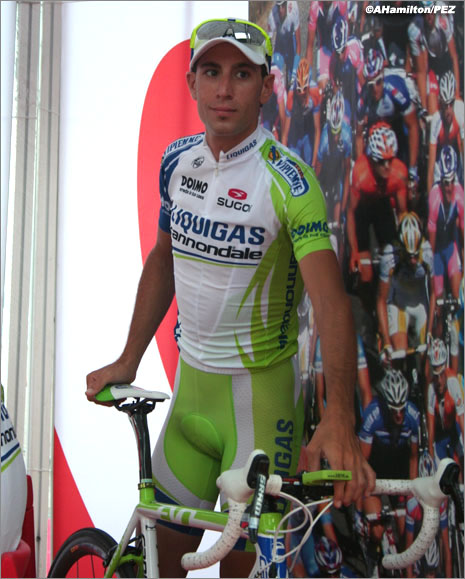 Well there were many other people I saw and met, but far too many to fit in here. Roll on the team time trial tomorrow and a very open and hopefully exciting Vuelta a Espaсa.