Roadside: Another HOT day in Spain on La Vuelta, but at least this time I was in the car and it was a proper road stage with a bit of movement involved! The day started quietly and ended in a sprint that would have suited Philippe Gilbert down to the ground. Sky made up for yesterdays team time trial fiasco with a very nice win for Chris Sutton at the beach.

After sitting up till 2am editing photos and writing yesterdays article I was glad today’s start was only 2 kilometres from my house, but no lie-in, coffee and toast with tomato had to be taken in the village. From the start village you could nearly see my house! 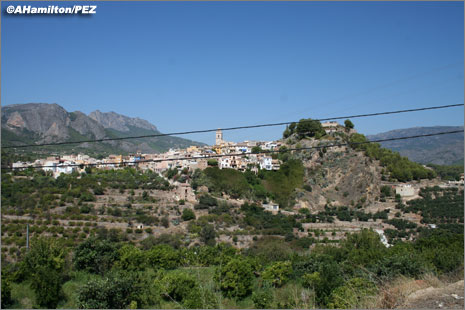 The start village was busy today; lots of people wanted something for nothing! 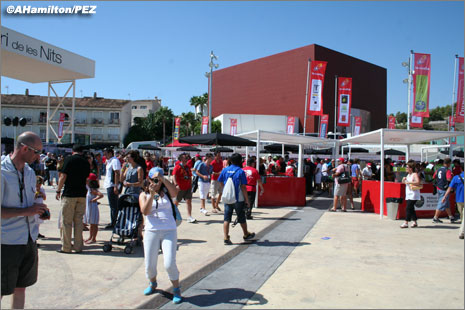 The traffic jam in the start town of La Nucia was bad enough for the tam busses to stop at the sign-on trailer for the riders just to walk over while the traffic cleared. Of the walking wounded; BMC’s Taylor Phinney didn’t look very happy about his knee and Nick Nuyens was riding on after going off the road in yesterdays TTT, today he finished on his own quite a few minutes back. 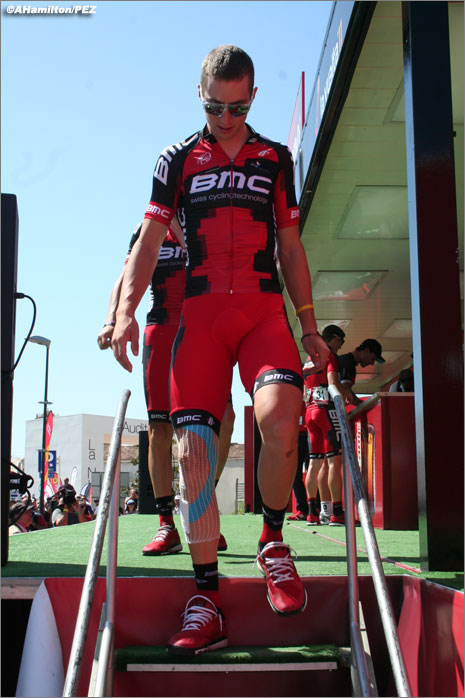 Lots of happy faces at Leopard-Trek after their performance in Benidorm. First was Fabien Cancellara, followed by the “Red Jersey” himself Jakob Fuglsang. The other competition leaders were all in Leopard-Trek, so there was a Red, Green and White Leopard 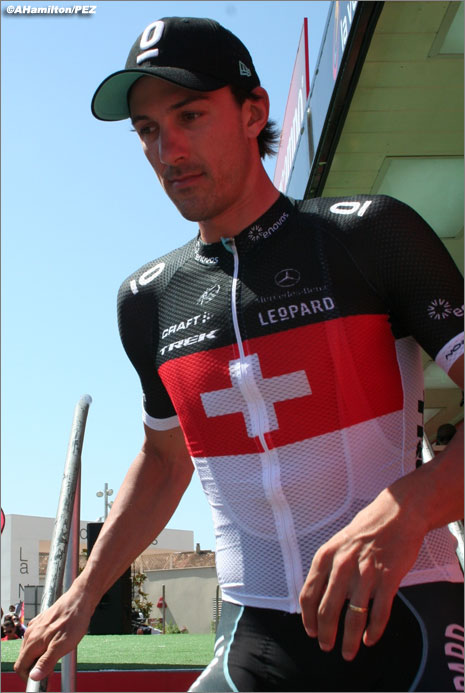 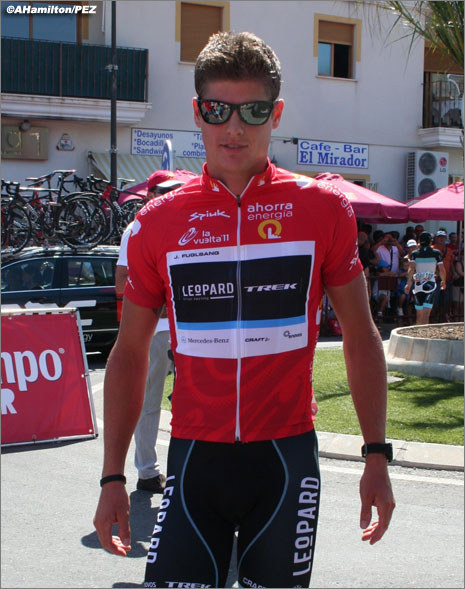 As always Oscar Freire was in demand for a TV interview and Bradley Wiggins looked like he had already lost La Vuelta! His Sky team mate; Chris Sutton must have known he was going to win today as he had started some sort of strange dance or maybe it was because he knew him Mum was going to be at the finish in Playas de Orihuela. 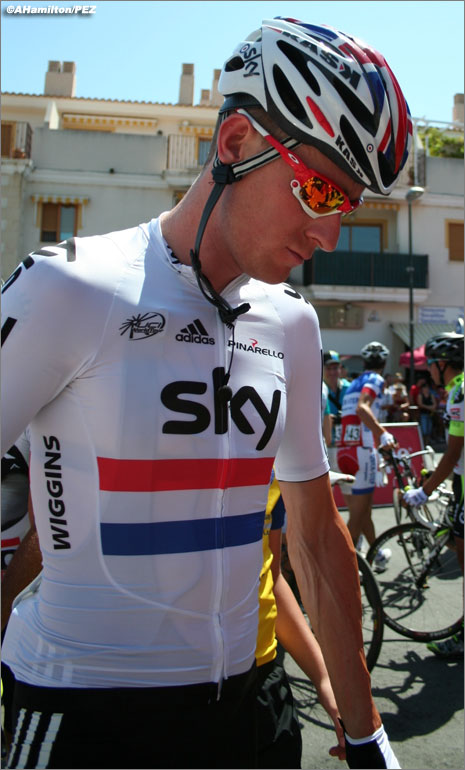 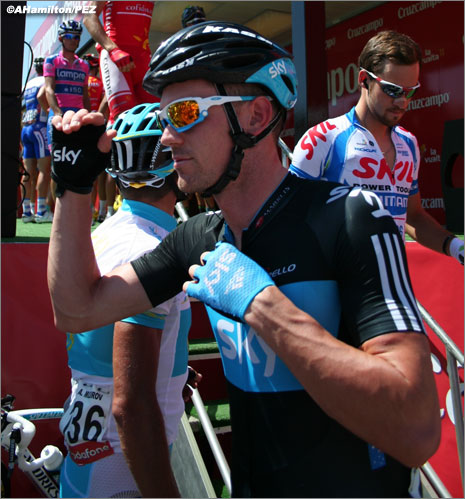 Michele Scarponi had a serious head on, but Tyler Farrar was in his usual good mood and probably thinking of today’s finish, what he, and everyone else didn’t now was how hard the kick up to the line was going to be. 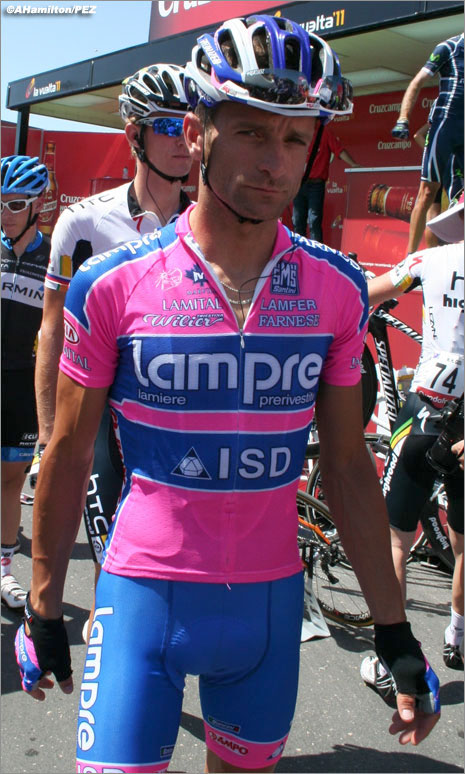 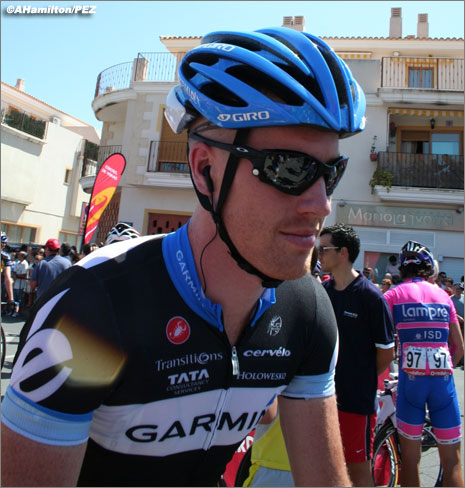 Two great men meet; I wonder if Cav will ever grow a moustache as good as that? 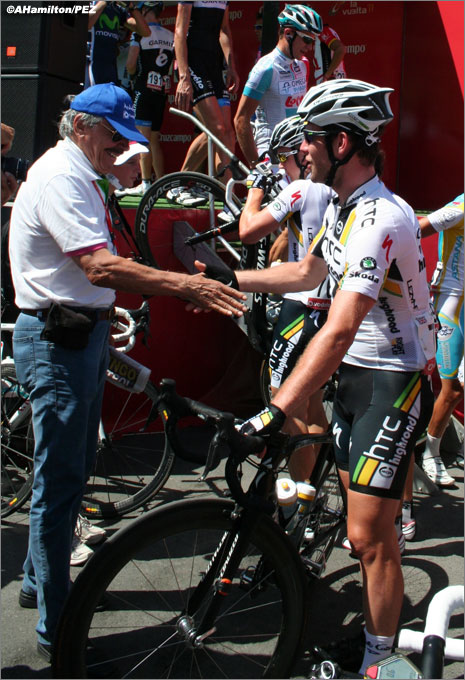 Time was getting on and the interviewer on the sign-on stage wasn’t wasting much time talking to Vincenzo Nibali…time to go! And my car was at 44єC! 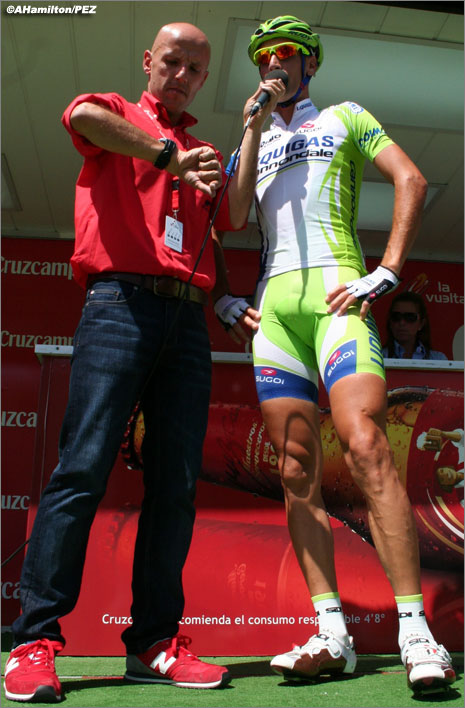 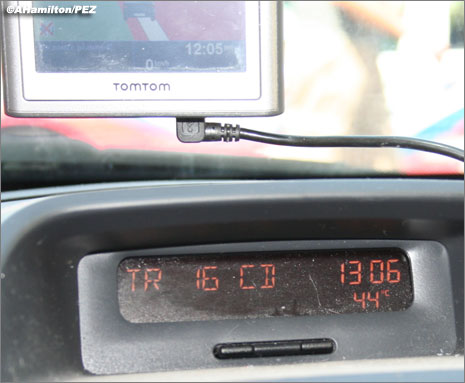 The plan was to follow the race for a little and then take a short cut to the climb of the day at the village of Relleu and shoot off onto the Auto via and get to the finish in time for a spot of lunch perhaps? Well as usual that didn’t happen, we got stuck amongst the race convoy and couldn’t take a detour until after Alicante. We did get seeing the break take the climb though! 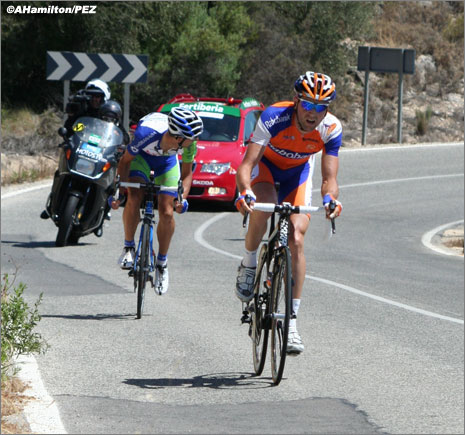 Paul Martens took the climb prize and as it was the only one so far in La Vuelta he would be in the KOM jersey tonight. The chase behind had been taken up by Leopard-Trek; the “White Jersey” of Thomas Rohregger was on the front. Fuglsang would lose the overall lead later, but it would stay in the team with Daniele Bennati. 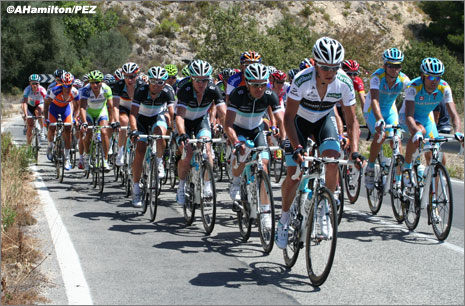 Jump forward to the finish and after driving the last 5 kilometres it was obvious this was not the sort of finish that would suit Mark Cavendish. Without Philippe Gilbert in the race, who would take the win? 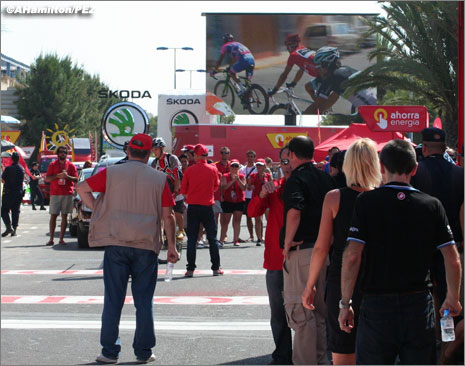 On the big screen we could see that the run-in was at 73 kilometres an hour and Cav was hanging on. Boonen was there, but was on the front way early and cracked. Omega Pharma-Lotto`s Spanish rider; Vincente Reynes attacked hard and Chris Sutton took his wheel to come by before the line for a great victory. 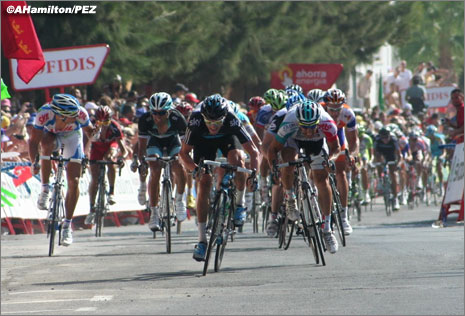 A much happier Sky team today. 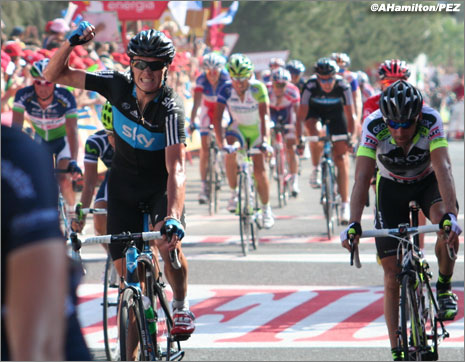 That just left the opening of a bottle of Cava and spraying some photographers! 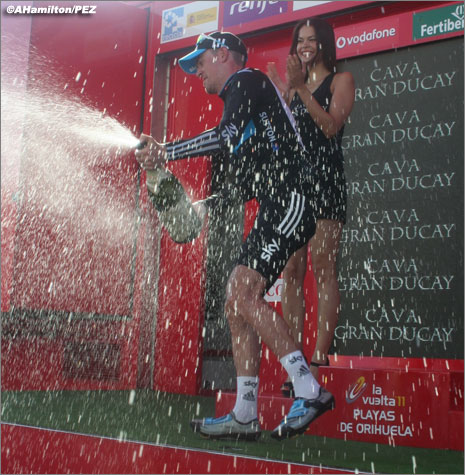