Tony Martin’s string of stellar time trials continued today on a course that favored the absolute specialists around Salamanca. In the GC battle, however, the pundits’ collective jaw fell wide open when Chris Froome donned the red leader’s jersey and not his Team Sky leader, Bradley Wiggins. Froome put in the ride of his life, and behind, the GC carnage was impressive. Read on!

As expected, the general classification was turned upside down in Monday’s long time trial in Salamanca. The climber’s had their fun and their days in the first week, but on Monday, it was a time trialing extravaganza.

It just wasn’t a contest for the vertical flyers. The climbers had no chance against the powerful specialists on the fast, windy course. The likes of Rodriguez, Scarponi, Moreno, and other pure climbers looked like they were riding with the brakes on next to the happy chronoers like Wiggins, Fuglsang, and Froome. There was a stark contrast between the two types of riders, and it showed in the results.

Tony Martin takes on some extra water en route to a dominating win.

At the top of the leaderboard early on, there were no surprises: Tony Martin, Fabian Cancellara, and in his first big TT result in a Grand Tour (but still not terribly surprising) Taylor Phinney. How can you be surprised with a former US TT Champion? Oh right, he’s still only 21.

Of note, however, was Martin’s drubbing of Cancellara. The second straight major time trial that Martin put over a minute into the four-time World TT Champion.

In the overall race, there wasn’t a soul anywhere near the top of the general classification at the top of the provisional results, so when Wiggins came through roaring: first at the first time check, second at the next – the calculators started to find their way out of the desk – how much time could Wiggins take out of the climbers? 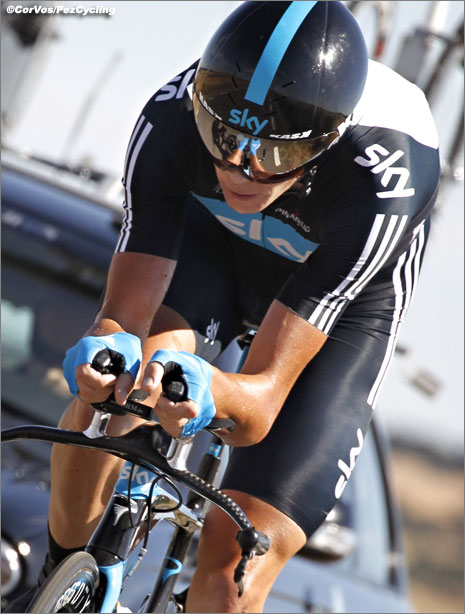 But then, something funny happened. Wiggins’ teammate, Chris Froome, came in only 59 seconds down of Martin. Not long after, Wiggins followed, 1:22 behind Martin. Wiggins had imploded over the final third of the time trial, while Froome put in the unquestioned ride of his life with a perfectly paced effort. Sure, Froome has ridden solidly in the past – notably 8th in the final time trial of the 2008 Tour de France, but this ride was truly of a different caliber.

It was so good, that it plopped him into the leader’s jersey nearly halfway through the Vuelta.

Sky now has two riders in the top three of a Grand Tour, with a hardly surprising Jakob Fuglsang forming the meat of the Sky sandwich. 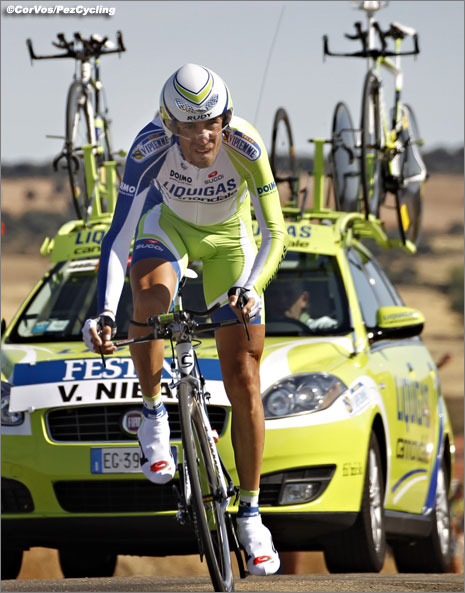 There were thirteen riders within a minute of Mollema’s lead following yesterday’s summit finish at La Covatilla. After today’s time trial? The number is down to six.

Looking forward, to pick a random number from the sky, it would seem that for a rider to have any hope of overall victory, they’ll have to be within approximately 2:30 minutes of Froome’s overall lead. It would still take quite an amazing ride for a contender to come from that far down, but it’s possible, right? That leaves only 13 riders. The likes of Joaquim Rodriguez, Michele Scarponi, Daniel Martin, Daniel Moreno, and Mikel Nieve are definitely out. It’ll take a miracle. 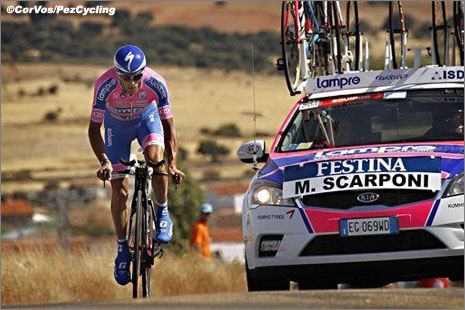 On the not so good side of things – Scarponi lost major time and can now bid overall hopes adieu.

The craziest part about this crazy stage within this crazy Vuelta is that the top three are largely unknown quantities. No one has any clue what Froome can manage, Wiggins is yet to answer the big question on his Grand Tour abilities, and Jakob Fuglsang, while without question a major talent, has never seriously contended in a Grand Tour.

It doesn’t end there – most of the top ten is in the same boat – either unknown Grand Tour quantities or just question marks.

If anything, Vincenzo Nibali has to be extremely pleased with his 15th place ride – it slots him into 4th place overall, 31 seconds back. Nibali hasn’t done anything to impress so far, but he certainly hasn’t done anything bad. His consistency is unquestioned, and he’s by far the only rider with the big time Grand Tour pedigree near the top of the leaderboard. 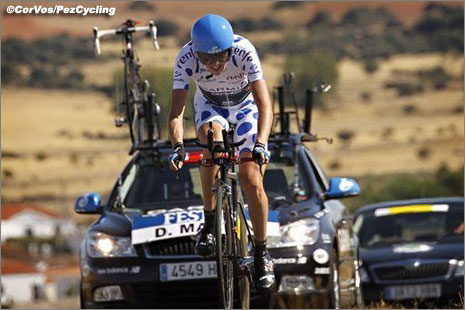 Daniel Martin couldn’t duplicate the effort of a day before, but on a tough course for any climber, he fared well – look for him to spark some life into stages in the mountains to come.

With that said, the huge list of question marks is absolutely intriguing. The storylines are almost limitless. Froome comes good following a lot of bad times, Wiggins tries to confirm his Grand Tour hype, Fuglsang steps out of the shadow of the Schlecks, Nibali gets his second straight Vuelta, Kessiakoff shows that he is the real deal, and so the list goes on and on and on with Monfort, Mollema, Cobo, Brajkovic, and Zubeldia.

Anyone else excited about the next part of the Vuelta?

First up – a rest day. We’ll take up this drama again on Wednesday.