The Contenders: It’s a hard one to call, that’s for sure. There’s no Angliru. But there is Lagos de Covadonga, where Robert Millar made our hearts flutter back in 1986; and the fearsome Bola del Mundo, where Mosquera fought to the death with Nibali in 2010 – until it all turned sour. And there’s the Pajares Cuitu Negru, which our ‘man in Havana,’ Al Hamilton reckons is actually tougher than the Bola… Let’s take a closer look at the riders that should decide this year’s Vuelta.

As we said at the beginning, it’s a tough one to call – but here’s our top 12 – in alphabetical order – of men who will make the play in the 2012 Vuelta a Espana:

Igor Anton: 29, Euskaltel, Spain – in 2010 it seemed he was destined for at least the Vuelta podium, but with two stage wins to his credit and the leader’s jersey on his back, he crashed out.

Last year he won on the Zoncolan in the Giro and took the Vuelta stage into Bilbao. 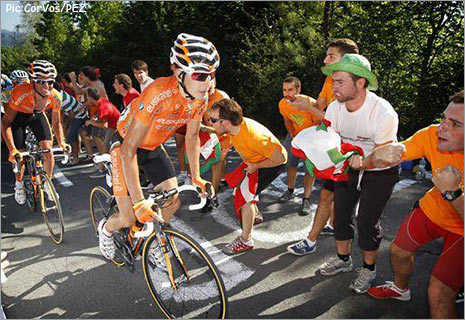 This year has been quiet – ‘all for the Vuelta’ and those saw tooth stages?

Euskaltel management and the orange-clad hordes will be hoping so.

Juan Jose Cobo: 32, Movistar, Spain – there was little to suggest going in to the Vuelta last year that Cobo would be ‘the man.’

But he was; winning on the gruesome Angliru and fighting off Froome and Wiggins to triumph in Madrid. 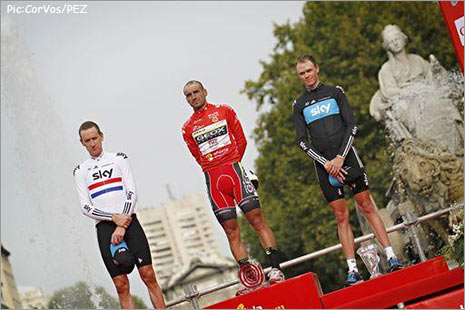 This year there’s nothing to suggest he has the form to win – but the Movistar management is shrewd and maybe his whole season has been built round these three weeks?

We don’t think so, but then we said Scarponi would win the Giro.

The Spaniard was right up there in the Eneco Tour – a race which could hardly suit his talents less – and has a few scores to settle. 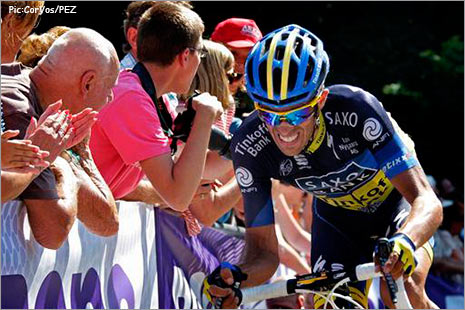 Perhaps Jean Michel Morin of ASO summed it up best – making the gesture of a pirate gripping his knife between his teeth as he goes in to battle, when we chatted to him about Contador’s return to the fray.

He must start as the favourite.

Thomas De Gendt: 25, Vacansoleil-DCM, Belgium – the revelation of the Giro and a man with a penchant for the spectacular; witnessed by his Stelvio epic. 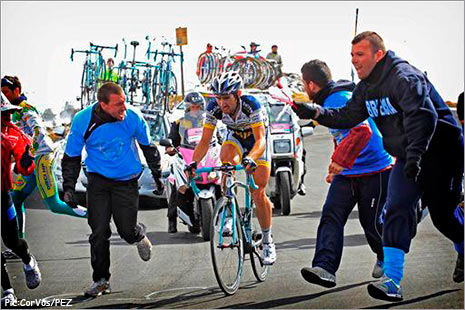 By his own admission, he has trouble getting his motivation back together after a Grand Tour – but PEZ saw him training with the team on the Tour.

It’s unlikely he’ll be on the Iberian Peninsula just to make up the numbers – expect a stage win, at least.

Chris Froome: 27, Sky, GB – the slim African born climber/tester returns to the race which propelled him from ‘decent rider, but with no contract for next year,’ to the ‘hottest property on the block,’ just one year ago.

He has to be a favourite, but he used up an awful lot of watts in France on behalf of Bradley Wiggins – Contador may be a little race rusty, but he’ll be fresh as paint. 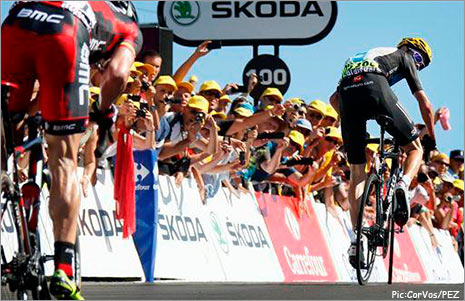 The last week may prove Froome’s downfall, but he’s a determined bike rider and will want this one so bad that he can taste it.

And Sky hasn’t scrimped on giving him support – but more of that in a moment.

Robert Gesink: 26, Rabobank, Holland – this slim climber has class, the Tour of California is a hard race to win. 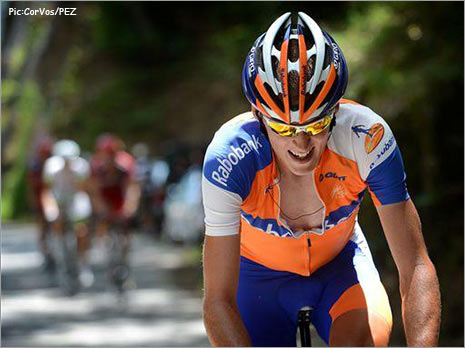 But he’s fragile, crashing out of the Tour won’t have helped his morale – especially after finishing fourth in the Tour de Suisse.

The early mountain stages will give us a better indication.

Sergio Henao: 24, Sky, Colombia – ninth in the Giro, third in Poland and second in Burgos; those are solid results.

This is a classy young man who, if Froome falters, is well capable of a high placing in his own right. 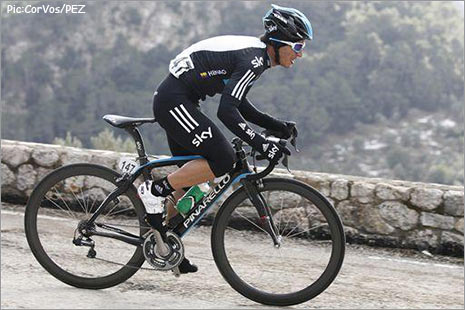 And if Froome wants to take the pressure off, this is one man that the opposition can’t cut too much slack.

Bauke Mollema: 25, Rabobank, Holland – if he and Gesink are firing on all cylinders then they are capable of asking a few questions of the favourites. 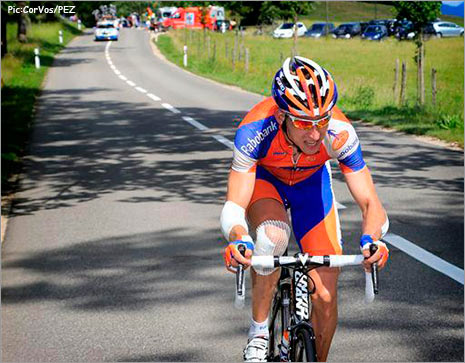 And don’t forget that Mollema was fourth here in 2011, winning the points classification on the way – and a recent fifth at San Sebastian indicates good form.

He almost won the Giro GC – and was much stronger against the watch there than was expected – and was top ten in San Sebastian. 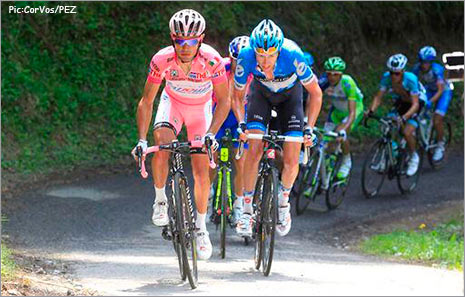 The explosive mountain top finishes will suit him and he’ll have an adoring crowd behind him – he could win.

Andrew Talansky: 23, Garmin, USA – second place to Wiggins in the TT and on GC in the Tour of Romandie served notice that Andrew Talansky is no longer ‘up and coming,’ he’s arrived. 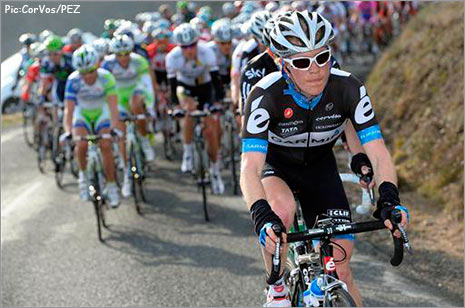 He won the Tour de l’Ain just last week and was 12th at San Sebastian.

A podium is a tall order but a top ten is perfectly feasible for a young man who knows exactly where he wants to go in this sport.

Rigoberto Uran: 25, Sky, Colombia – despite his age this is his seventh season as a professional.

He has even more potential than Henao and is a very robust string to Froome’s bow. 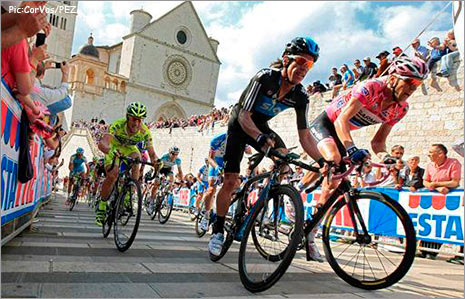 He won a brutal stage in Catalunya earlier this year and was seventh in the Giro on the way to winning the best young rider prize.

And just last weekend, he took silver in the Olympic road race in London, after 250 brutal kilometres.

Alejandro Valverde: 32, Movistar, Spain – was his stage win in the Tour a gift from Sky, as has been rumoured, or was that the return of the old ‘Green Bullet?’ 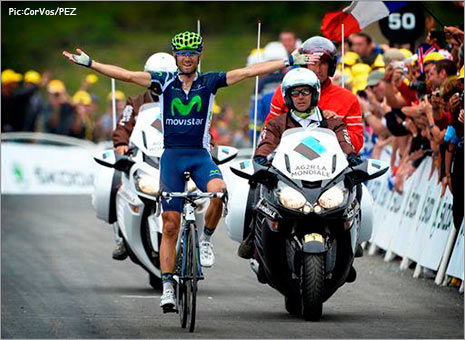 We’ll know soon enough; but it must be remembered that Valverde is a quality bike rider and hugely experienced.

A podium may just be possible – with a stage win at the very least.

******
There are others, Astana’s Fred Kessiakoff is one; Lotto-Belisol’s Jurgen van den Broeck is another, but ‘Fred’ professes to being tired after the Tour, and it’s a long way from Flanders to Asturias for Jurgen.

We’ll stick with our dozen – and if pushed, say Contador to win from Froome and Rodriguez.

But one thing is for sure, it’s going to be a good race – and PEZ will be right there for the duration.