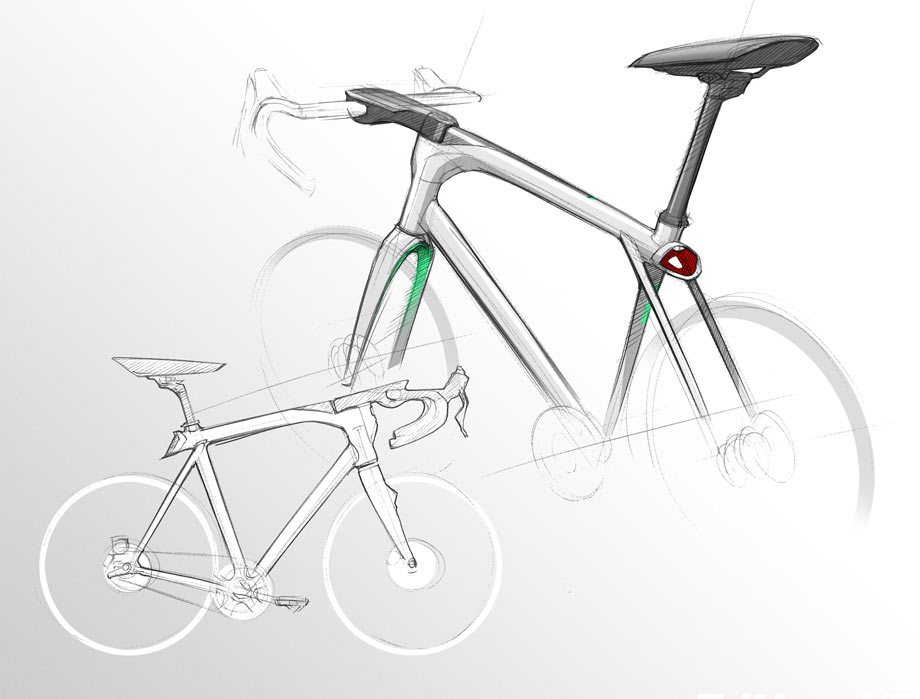 The first of its kind, Volata is equipped with a 2.4-in app-based embedded computer that seamlessly integrates into the handlebar, allowing access to information such as performance, weather forecast, turn-by-turn directions, heart rate, and smartphone notification. The safety features include an integrated horn which creates awareness of cyclists in traffic, while the automated front and rear lights ensure visibility throughout the day. A GPS-based anti theft system informs the owner if anyone tries to steal the bike with a motion detector, which monitors the bike status and sends the user real-time notifications to track the bicycle’s location. A front-hub dynamo automatically charges the internal battery, providing the cyclist with the luxury of never worrying about recharging. 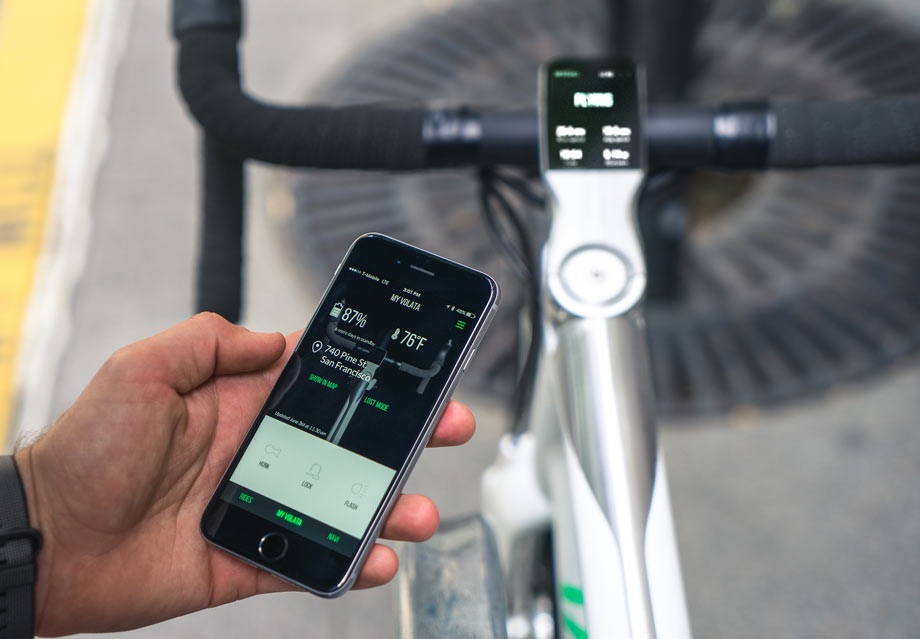 “The bicycle is the most efficient means of human transport ever invented, and in a time when the transition to sustainable transport is a priority, its everyday usage is increasing all over the world. The problem is, the bicycle industry didn’t evolve on the tech side, and did not improve the bicycle with native digital features whose goal is improving riding experience and safety.” says Marco Salvioli, Co-founder and CEO of Volata. “With Volata, we knew we had to push the limits of design and performance, introducing native technology into the bicycle, and we wrapped it up in a stylish Italian design. When you buy a car you don’t need to acquire lights as an accessory, or an iPad as a dashboard. As cars have evolved, also bikes need to evolve.” 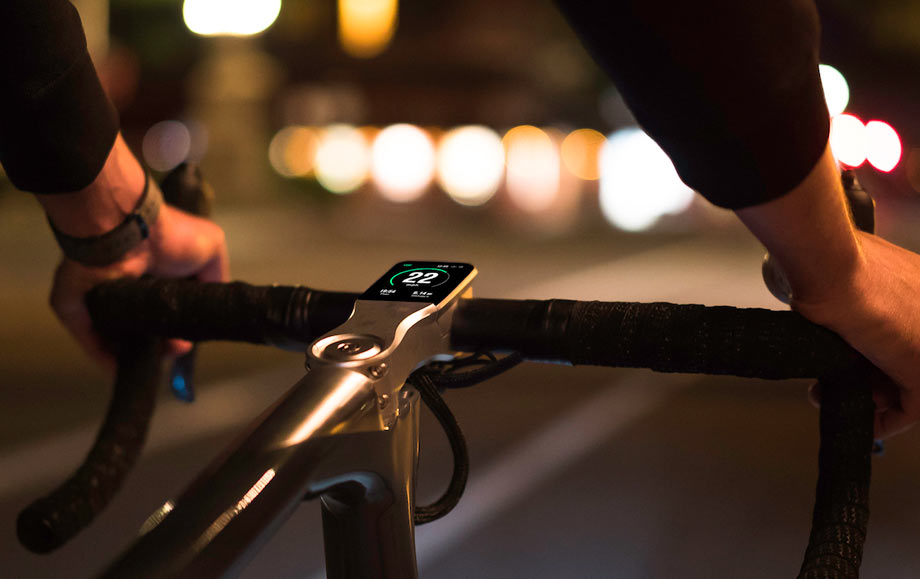 The simplicity of the ride allows the cyclist to rid themselves of the complexities modern bike commuters face when using multiple accessories. With the integration of digital native features, combined with a unique design and low maintenance components, Volata creates a new bicycle category: an all-in-one, complete and versatile solution, optimized for the performance and utility usage and suitable for any terrain. 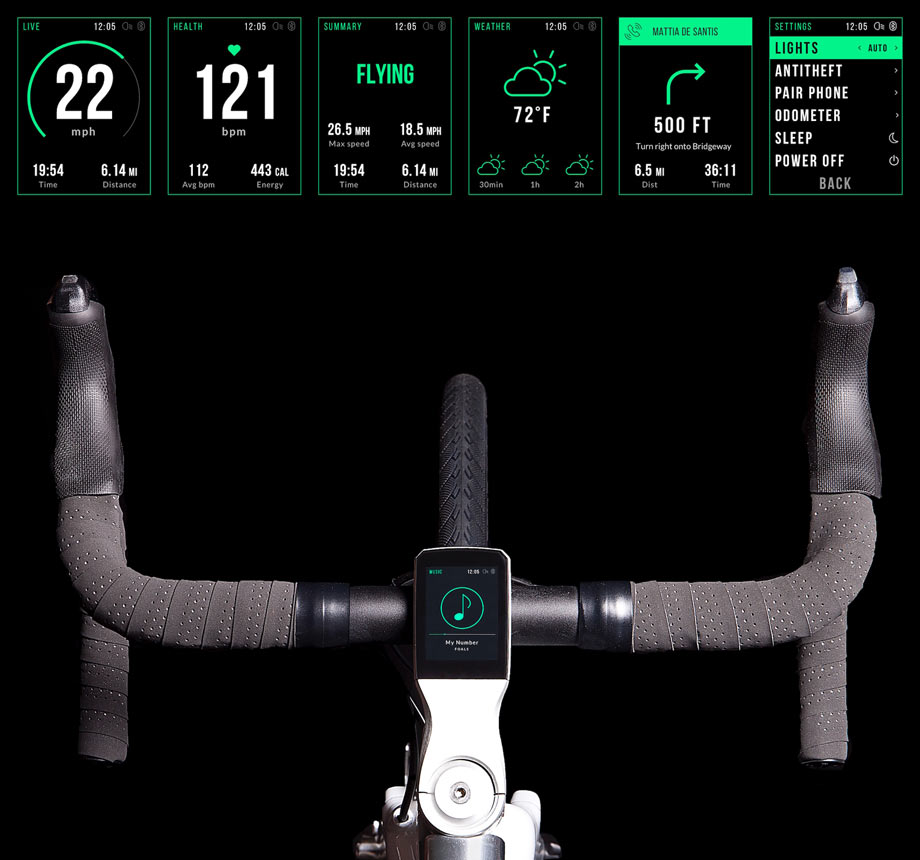 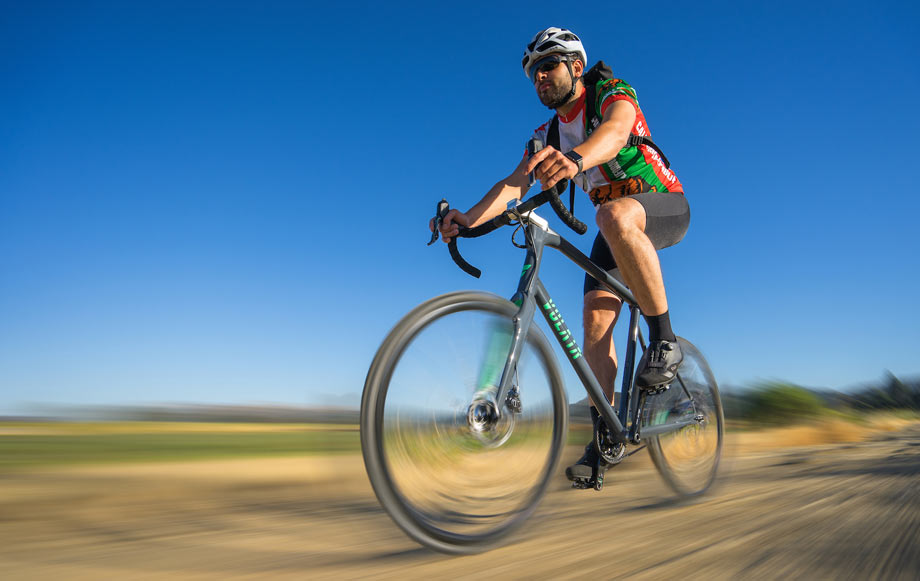 Volata is available for online reservation at $299 at www.volatacycles.com. The balance ($3,200) is due upon delivery that will begin in July 2017.

Volata can be configured online, choosing between four sizes (S, M, L, XL), two colors (Ice White and Moon Gray) and three different saddles (two for men and one for women). In addition to this, Volata will unveil some bicycle extensions, such as carrier rack with expandable bag, frame bag, fenders, and more.

Volata adopts the direct retail model with online reservation. Customers will be able to book a test-ride during events and demos that the company will host, and in the future in Volata Cycles showrooms that the company aims to open at the end of 2017.

Volata Cycles is based in San Francisco with the R&D and Design office in Milan, Italy. Founded by a group of product designers, coders and creatives who bring their extensive expertise to the cycling industry. Volata merges all the heritage and creativity of Italian design with the innovative spirit of the Silicon Valley. Volata aims, in the mid term, to develop bicycles for a wider market range, with the goal of convincing more and more people to use the bicycle every day as a primary means of transport. Volata is proud to assemble bicycles in California.

TDF’16 Roadside: Ed The Eagle Has Landed In France!