In the battling final part of the 4th stage of Tour of Qinghai Lake (Qinghai Lake-Tianjun, 227 km), LAMPRE-MERIDA obtained the 2nd place thanks to Maximiliano Richeze, who crossed the finish line just behind Modolo.

Blue-fuchsia-green cyclists approached the final part of the race with the aim to select the Group: after having reached the summit of the second climb of the stage (20 km to go, at 3847 mt above the sea level) the athletes under the direction of technic Matxin started an echelon that allowed Pozzato to took the head of the race with the leader of the overall classification Poor Seiedi.

Pozzato (in photo, his Merida Reacto Evo) could pedal in the front of the race until 1 km to go, when his action was neutralized just before team mate Graziato performed a counter attack: the Young rider by LAMPRE-MERIDA’s aims ended at 50 mt to go, when Modolo overtook him and won, preceding Richeze. Tenth place for Pozzato.
In the overall classification, Graziato is still 4th. 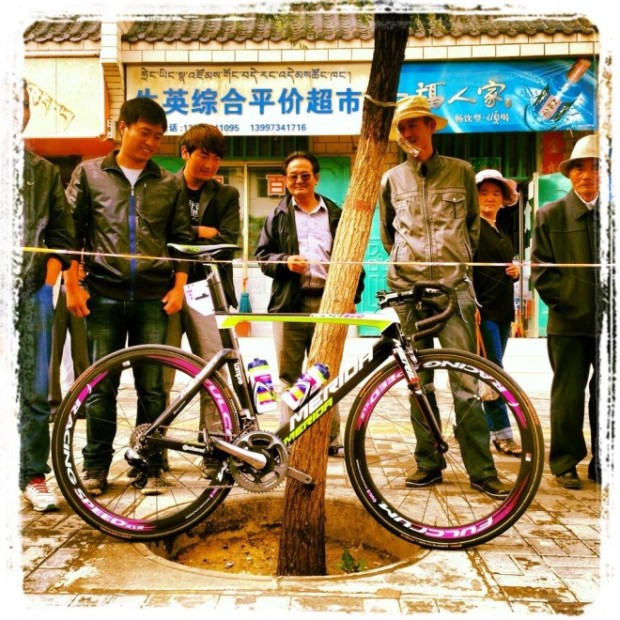