Revised date to align with peak participation in indoor cycling 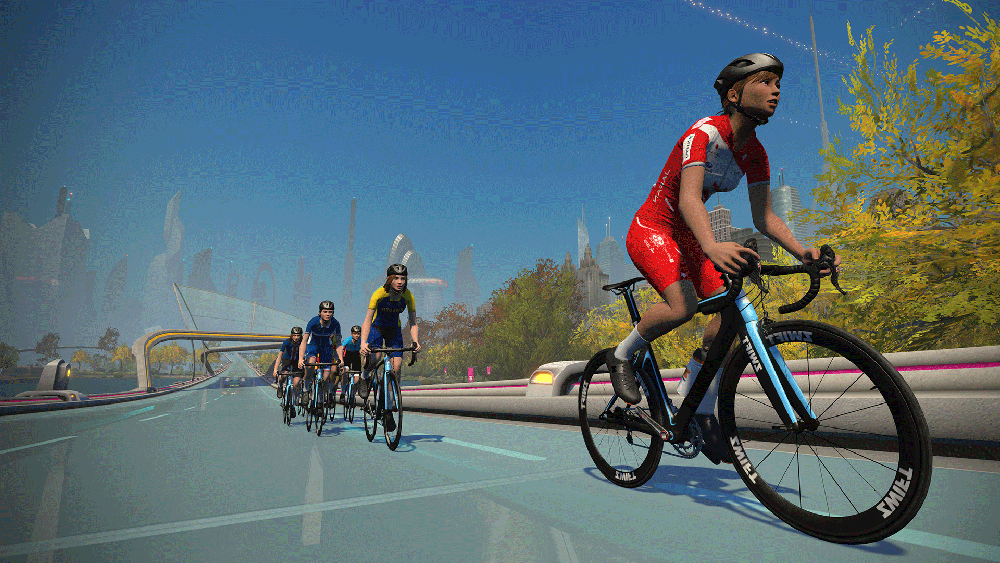 Racers will tackle the Knickerbocker route, a challenging parcours worthy of a UCI World Championship event. Rolling roads and steep gradients will make for a selective race. Both Men’s and Women’s Elite fields will tackle two full circuits of the 22.5km route before finishing at the top of the New York KOM, a 1.4km climb with an average gradient of 6.1% and ramps of up to 17%. In total, riders will cover 54.9km and 944m of climbing. Field size, broadcast exposure, race distance and prize money will be equal for both Men’s and Women’s races.

“I’m excited for the opportunity to build on the success of last year’s milestone event with the second UCI Cycling Esports World Championships,” says David Lappartient, UCI President. “The Olympic Virtual Series held earlier this year showed how cycling esports has the ability to drive global participation in cycling. It is therefore exciting to reveal a new opportunity for emerging cycling esports stars enabling them to compete with household names from the UCI WorldTour peloton.” 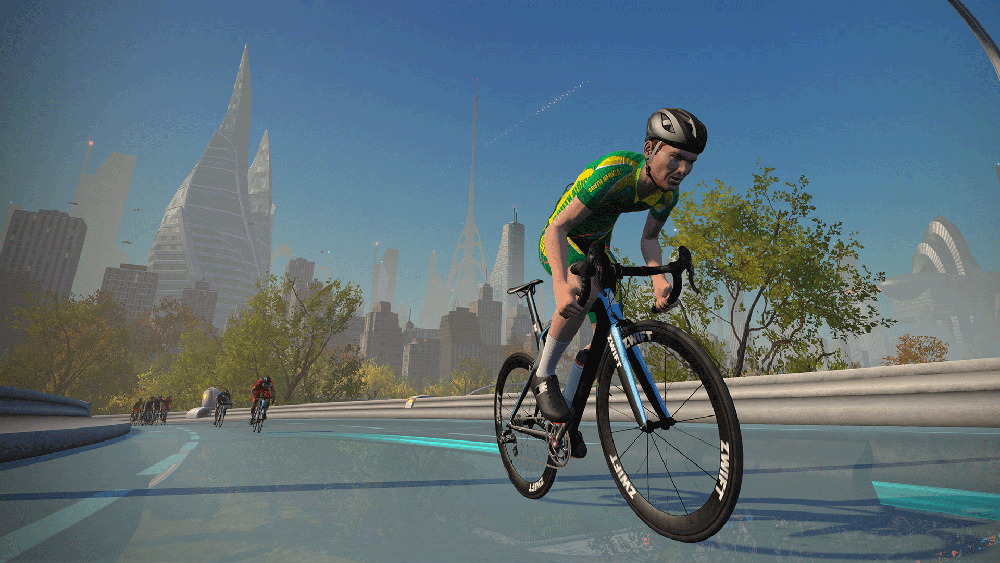 “I’m delighted that community racers will be offered this new pathway into the UCI Cycling Esports World Championships in 2022” says Eric Min, Zwift CEO and Co Founder. “Cycling Esports was born from community racing, no different to any other form of esports competition, and it’s within this community where most of the talent lies. Cycling esports is a new discipline and skill, tactics and experience all play a huge role. I truly believe that we are creating one of the most accessible forms of competition.”

In addition to the qualification pathway open to community members, the UCI will also be awarding automatic invites to 23 National Federations. Places will be awarded based on a combination of Cycling Esports community size and the depth of talent based on both esports and UCI road rankings. More detailed criteria, which will be released in due course, will ensure that all five continents are represented for both women and men and that the maximum possible number of entries for both genders will be the same. 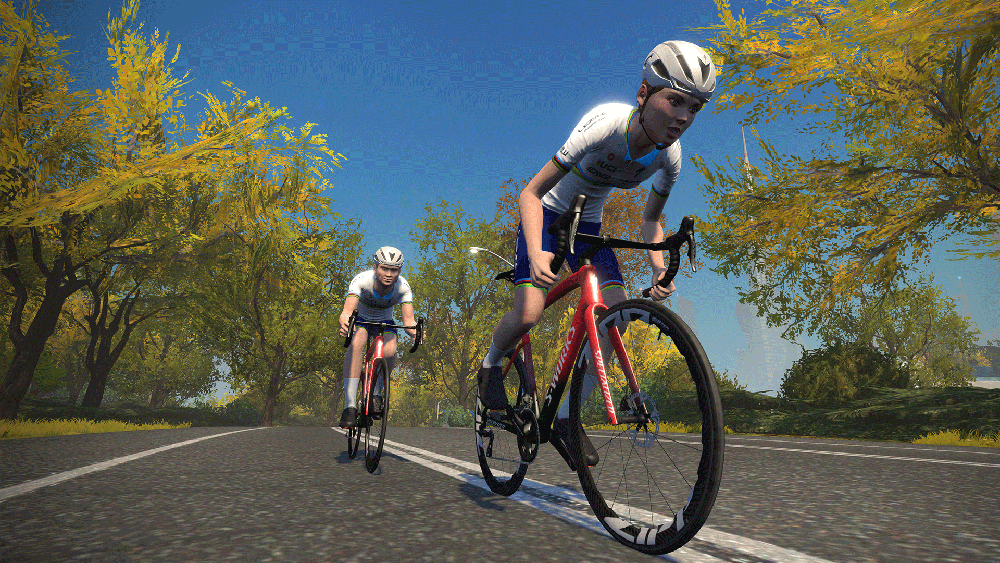 “I’m very excited to hear the news that Zwift will host the second edition of the UCI Cycling Esports World Champs,” says Ashleigh Moolman Pasio, Professional Cyclist with SD Worx and 2020 UCI Cycling Esports World Champion. “I believe it is a great fit for Zwift to be the hosts of the most prestigious esports race of the year, as they are currently the leaders in the esports movement with their many community leagues and the Premier League racing on their platform. I’m also very happy to see the progression of the esports discipline with the opportunity for community athletes to qualify for the World Champs this time round. It’s no secret that I’m a huge advocate of virtual cycling and passionate esports cyclist, so I’m super excited to race the World Champs on a cool course in Zwift´s virtual New York on 26 February next year and this race will definitely be my first big goal for the 2022 season.”

Participants will once again be competing entirely remotely from their own residences or training bases. Zwift PowerUps will be made available in both the Continental Qualifiers and the Elite Championships. Winners of both races will be awarded the UCI Cycling Esports Rainbow Jersey that will, of course, be awarded virtually. The winners will also receive physical jerseys which they will be able to wear in esports competitions for the following year.

Further information on the UCI Cycling Esports World Championships 2022 will be unveiled in the coming months. 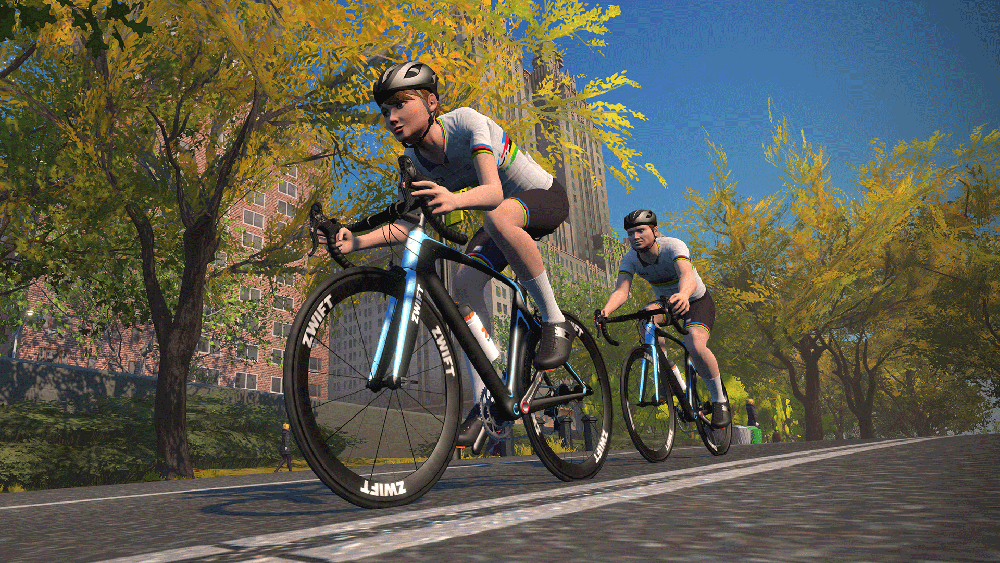 About the UCI
Founded in 1900 in Paris (France), the Union Cycliste Internationale (UCI) is the worldwide governing body for cycling. It develops and oversees cycling in all its forms, for all people: as a competitive sport, a healthy recreational activity, a means of transport, and also just for fun. The UCI manages and promotes the eight cycling disciplines: road, track, mountain bike, BMX Racing, BMX Freestyle, cyclo-cross, trials and indoor cycling. Five of these are featured on the Olympic Games programme (road, track, mountain bike, BMX Supercross and BMX Freestyle Park), two in the Paralympic Games (road and track) and four in the Youth Olympic Games (road, mountain bike, BMX Supercross and BMX Freestyle Park). For more information: www.uci.org

About Zwift
Zwift is the fitness company born from gaming. We’re dedicated fitness enthusiasts, experienced video game developers, and disruptive thinkers. Play is in our DNA and we know fun fuels results. Zwift utilizes massively multiplayer online gaming technology to create rich, 3D worlds ripe for exploration. Join thousands of cyclists and runners in immersive playgrounds like London, New York, and Paris as well as our very own Watopia. Our app connects wirelessly to exercise equipment: bike trainers, treadmills, and more, so your real world effort powers your avatar in the game. From friendly races to social rides and structured training programs, Zwift unites a diverse community in pursuit of a more fun, immersive and social fitness experience. www.zwift.com.