Today, Saturday, in Valkenburg Holland, maybe the largest cyclo-sportif event associated with any European Classic, the Amstel Gold Cylcosportif will be run, after covid put a stop to that mass event last year. The Pez was lucky enough to join the 18,000 plus throng back in 2007, and it was quite a day. 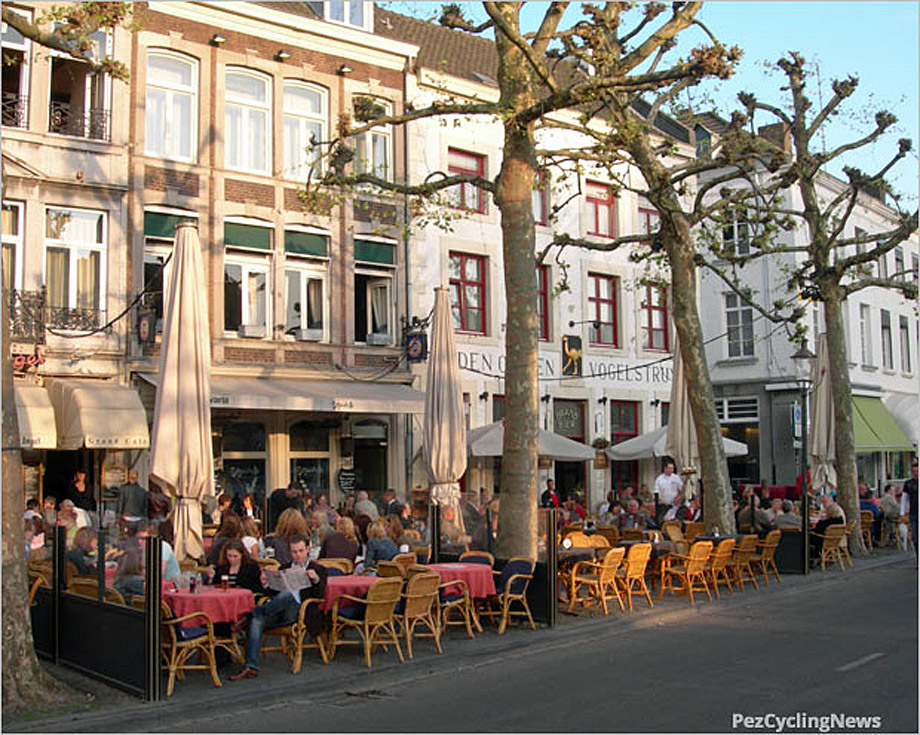 The suns was shining, but even on a cooler night, the café patios were the place to be in Maastricht.

My trip to the Ardennes Classics was my much awaited chance to finally take in the racing and riding that makes up the second half of the Spring monuments. I’d been to Roubaix & Flanders a couple years before, and was keen to notch off the Amstel Gold, Flèche-Wallone, and Liège–Bastogne-Liège in my collection of races I’ve seen.

After some negotiation on the home front, my travel plans were approved my Mrs. Pez and I was on my way. (Yes, that might have been laughable in the days before I was a dad, but you fathers out there know what I’m talking about…)

Velo Classic Tours had us staying in the beautiful Dutch town of Maastricht – which is a great place to experience the great riding of the area and also just a few kms from the Amstel Gold start and finish in Valkenburg. But it’s also a very hip town that’s clean, full of cafes, restaurants and shops, and filled with some very nice looking Dutch ladies if I do say so… 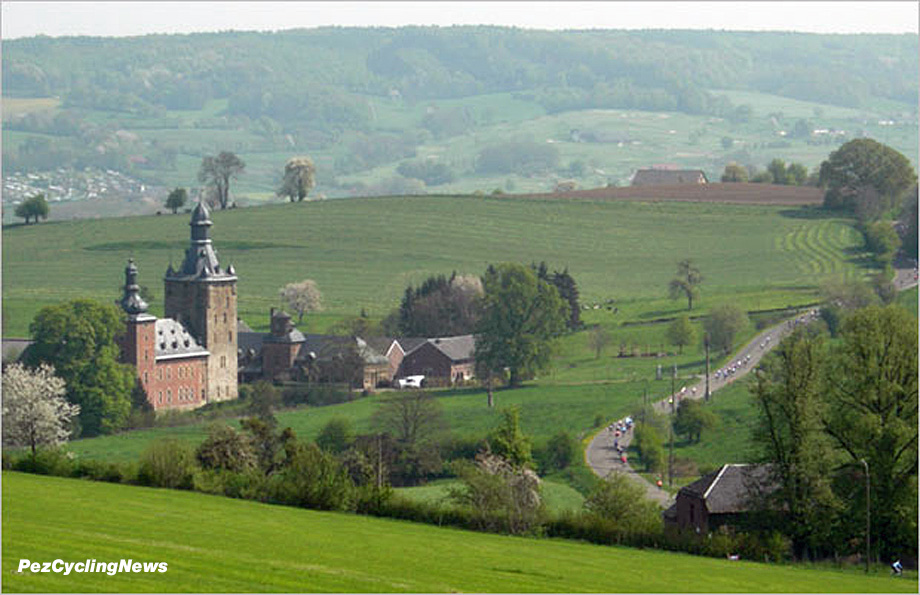 The Amstel Gold Race circuit loops around the hilly Limburg region and actually passes through Valkenburg and up the finishing climb of the Cauberg three times. The loops are color-coded so the navigationally challenged don’t lose one of the 1000’s of wheels (literally) in front of them.

We rolled out from the hotel to join the CycloSportif ride at 9AM, and although there was an option to go straight to the ‘official’ start in Valkenburg, we were happy to join the ride ‘in progress’ where we intersected it a few kms in… 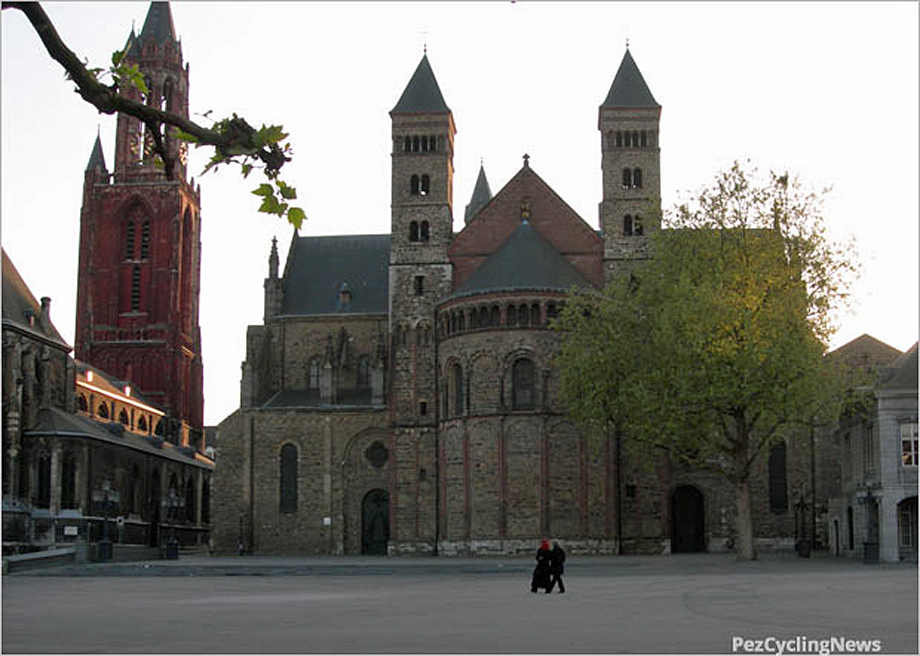 Maastricht is an excellent place to set base camp.

I’d heard this was a ‘well attended’ event, but I’d never seen 18,000 cyclists in action, let alone ridden with them… and the endless snake of cyclists already eagerly tearing up the route was at once a sight to behold, and cause for some wisely chosen extra caution. 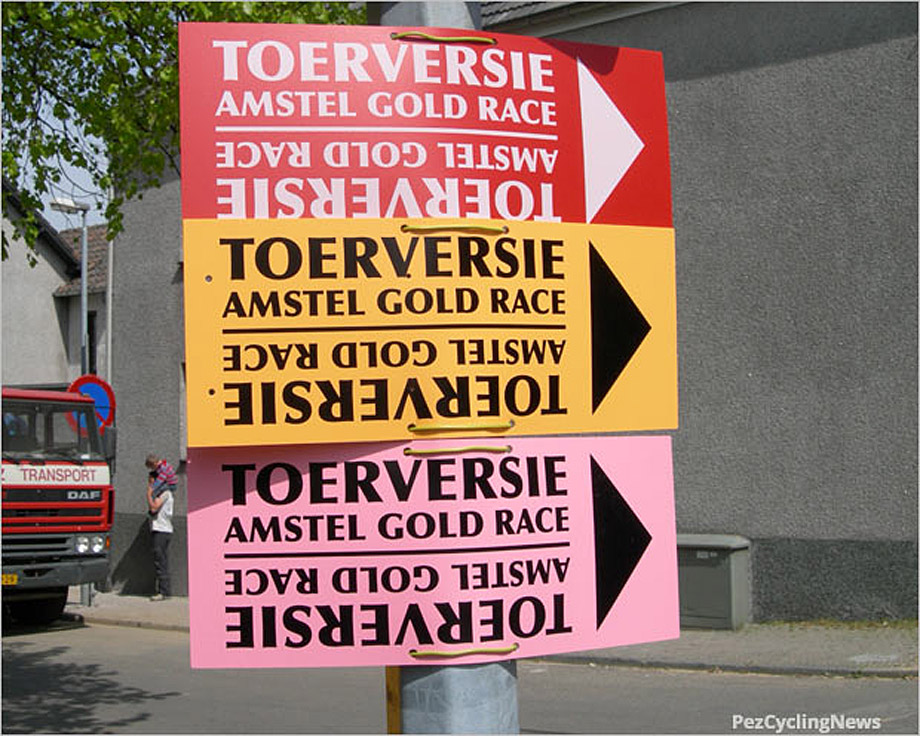 We turned into the heavy flow of riders like so many salmon jumping into the spawn – the road was narrow – not much more than a bike path at this point, and there were riders everywhere… literally. It was like the biggest traffic jam of bikes I’d ever seen. 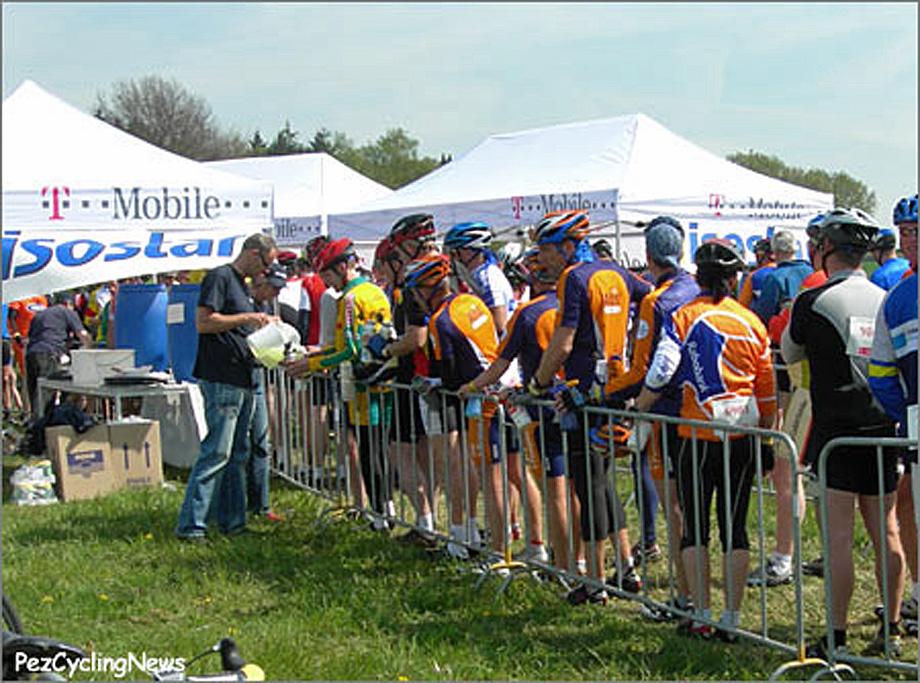 We were on for the 150km route, and about an hour in came upon our first road blockage traffic stand still, which turned out to be the first feed stop as well. I paid witness once again to the popularity of this ride as I could see literally hundreds of riders funneling like grains of sand through an hour glass toward the tables of bars, drinks, cakes and … waffles (albeit pre-packaged). 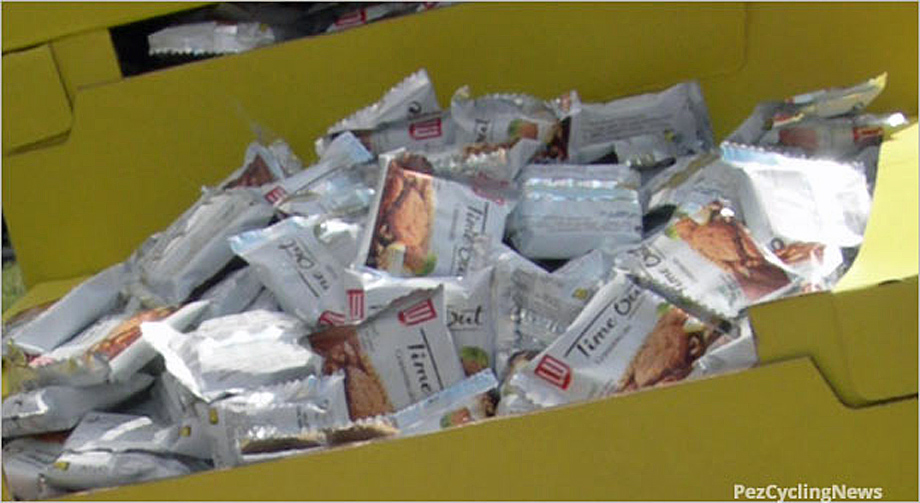 One thing about getting a group of riders this big together is that you just cant avoid but getting all types – fast guys, slow guys, race bikes, mountain bike and junk bikes… I felt like I was in a Dr. Suess story… 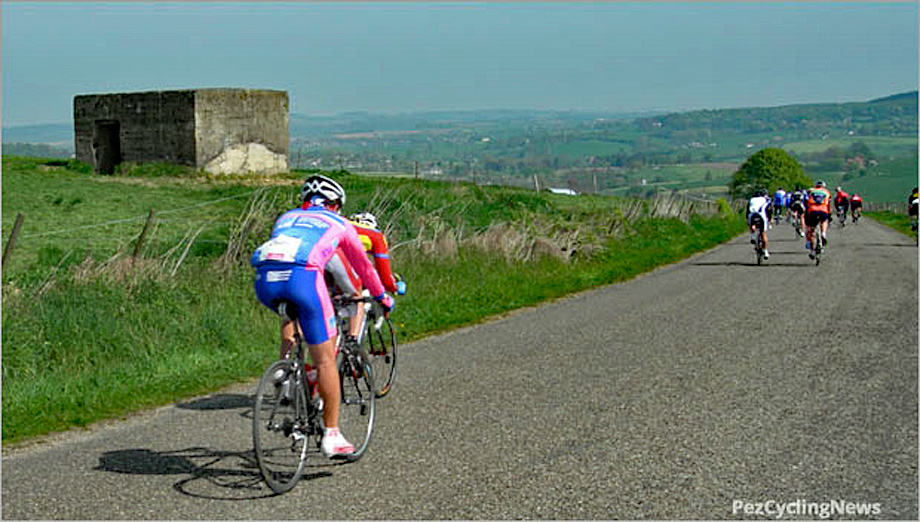 But soon enough we got into the flow of the ride. The jitters and excitement of the opening kms mellowed, and I began to notice how gorgeous the countryside here really is.

The best part of the ride really is the countryside, and for us race fans it was also a treat to ride the actual Amstel Gold Race course. The circuit is a mix of pristine Dutch countryside, the plethora of ‘bergs that define the race itself, and a few sections of unpleasant and boring roadway used simply to connect the various bergs. 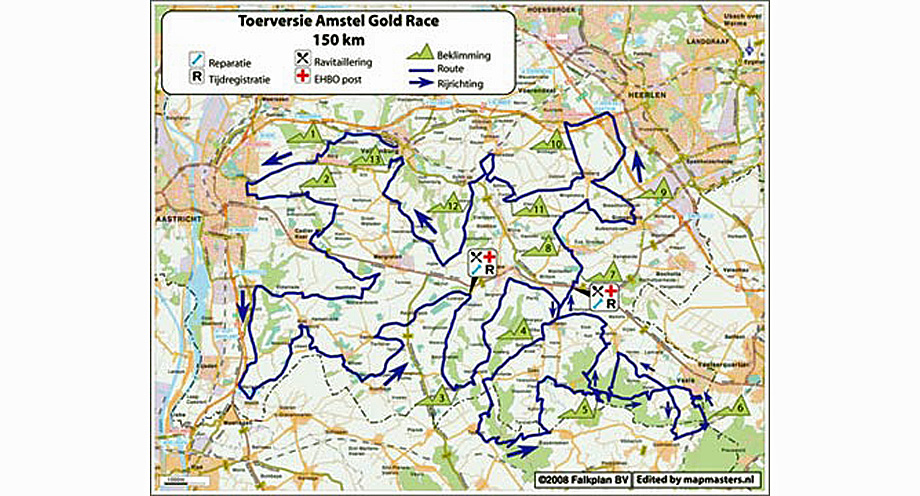 Riders can choose 6 routes, ranging from 60km to the full 250km escapade. This is the 150km course we chose.

And forget about a quiet ride through the country – you’re never without company on this one. The “come one, come all’ participation of the local riders means you’ll want to be attentive at all times, but that there’s also always someone new to meet – we even bumped into some fans from Spain up for the weekend. 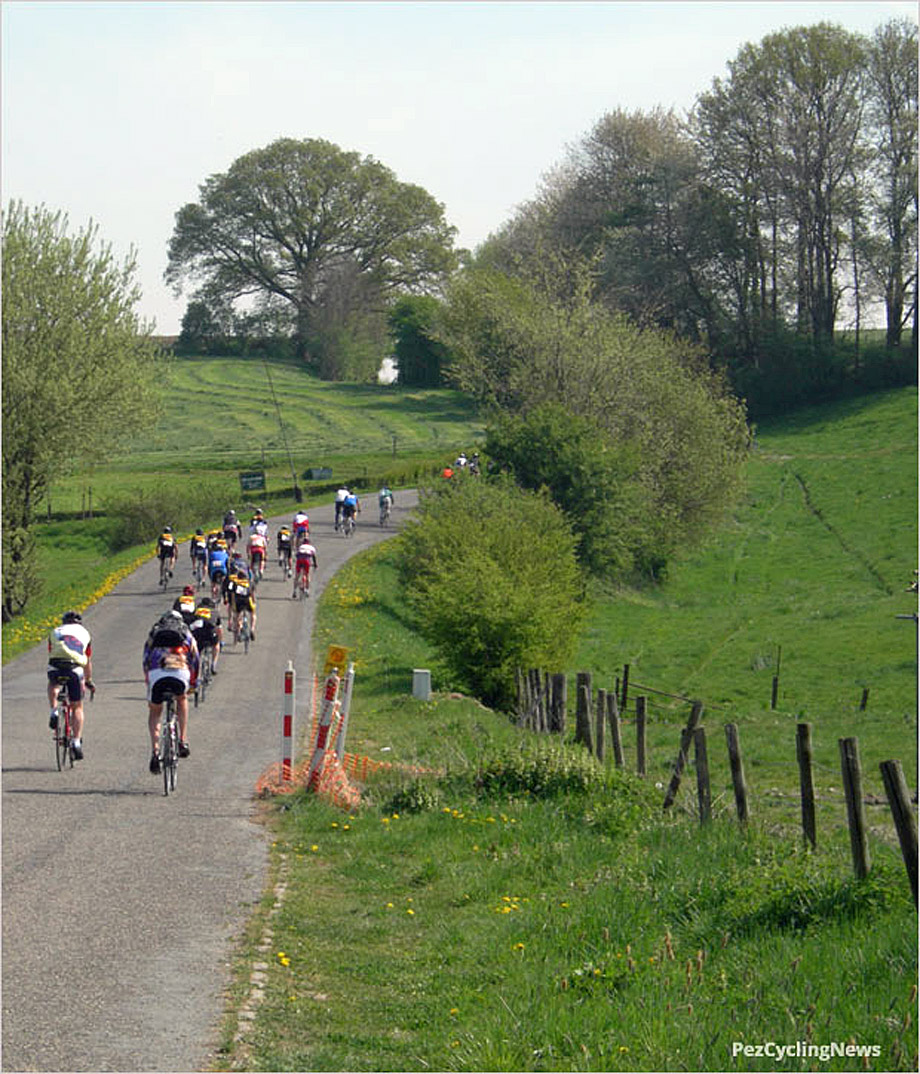 The course mixes climbs that are a joy to ride with some that seem simply there to connect a dot and add another stat to the parcours. There are 31 on the official route – we climbed a 13 of them on the 150km ride. 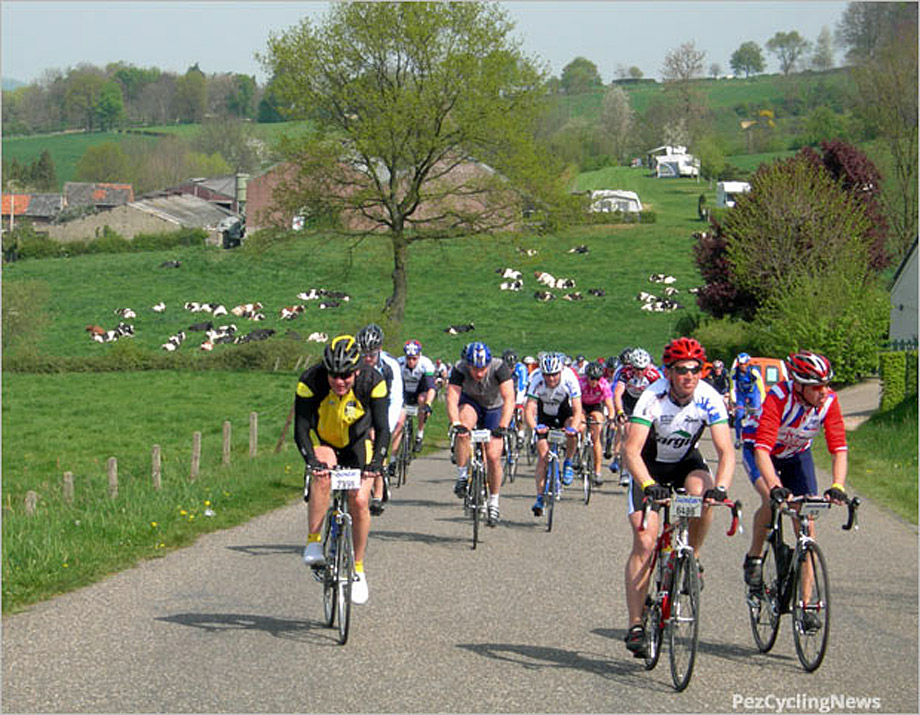 Taken individually, none are that tough – they’re mostly around 1 km or less in length. A few have some steep pitches that go close to 20% like the Keutenberg. 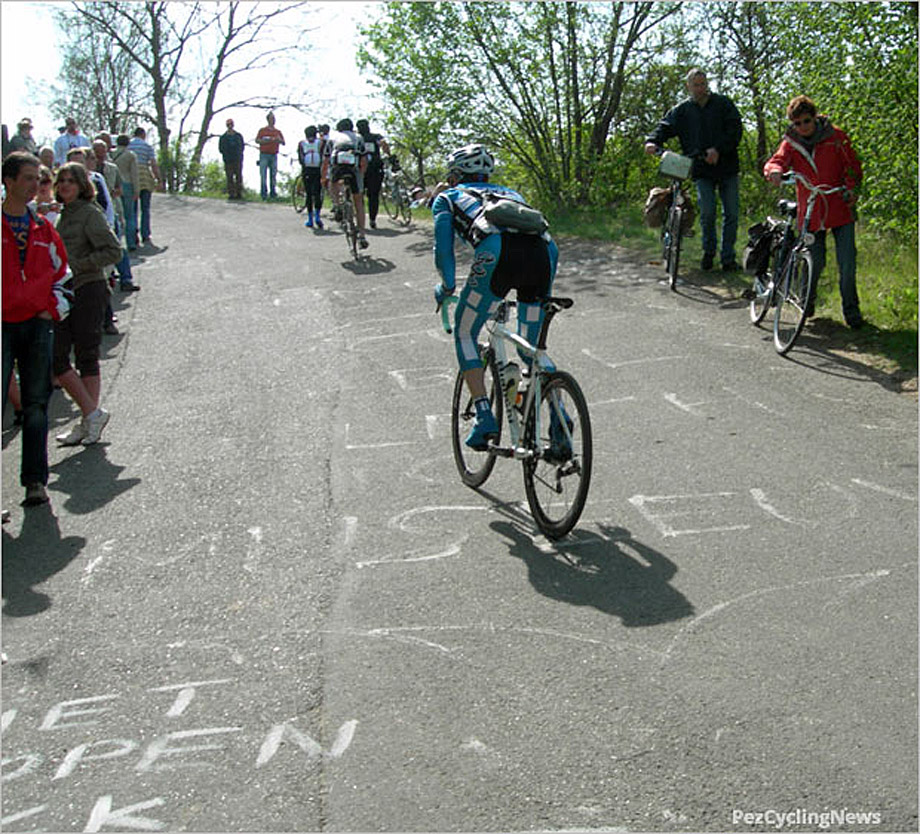 By the time we arrived at the finish on the Cauberg, there were so many people already waiting to pass through the official time gate and collect their swag, that we were forced to stop and walk the final few hundred meters… Pete Easton of VCT and I opted to bypass the hour long procession and head straight for a celebratory brewski at on of the pubs at the base of the Cauberg. 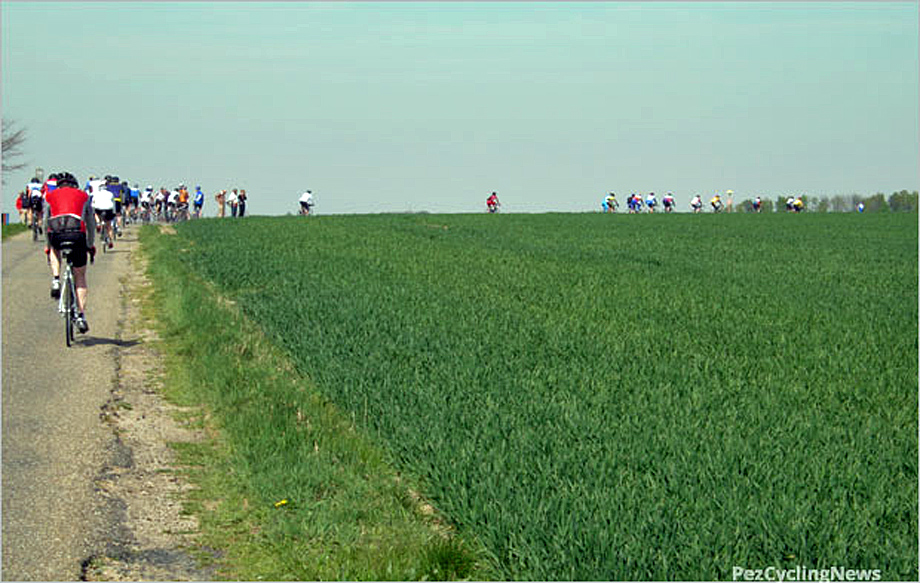 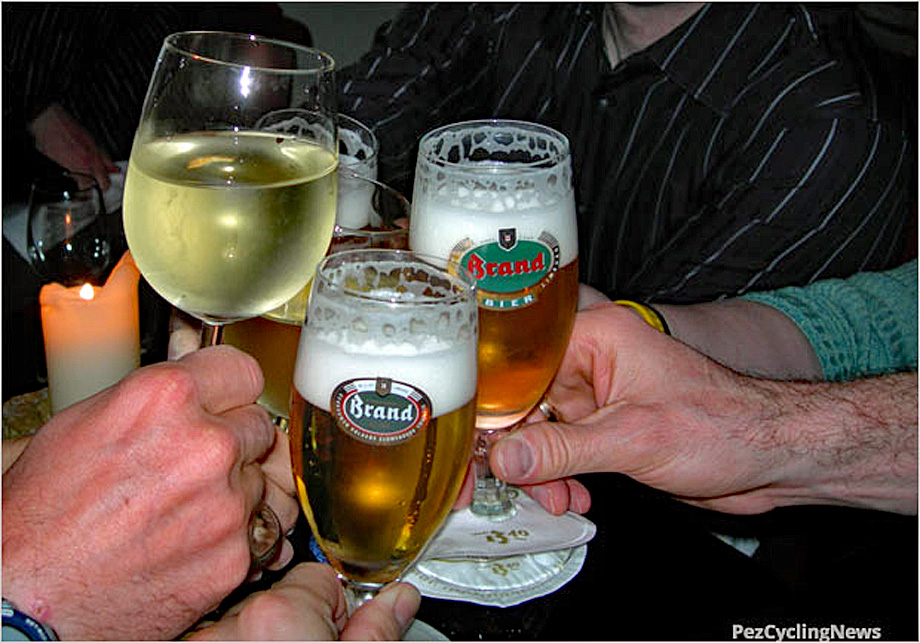 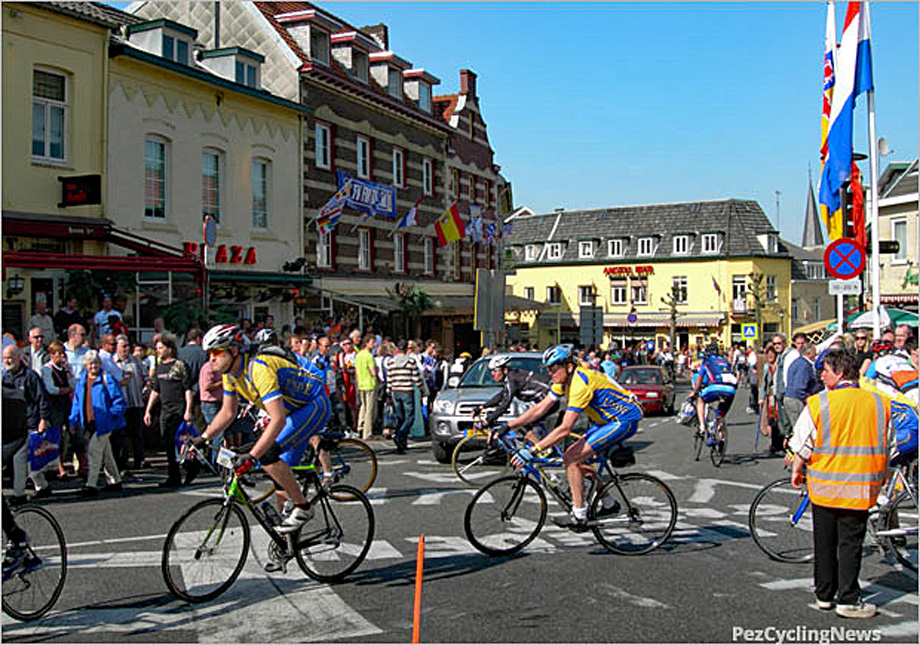 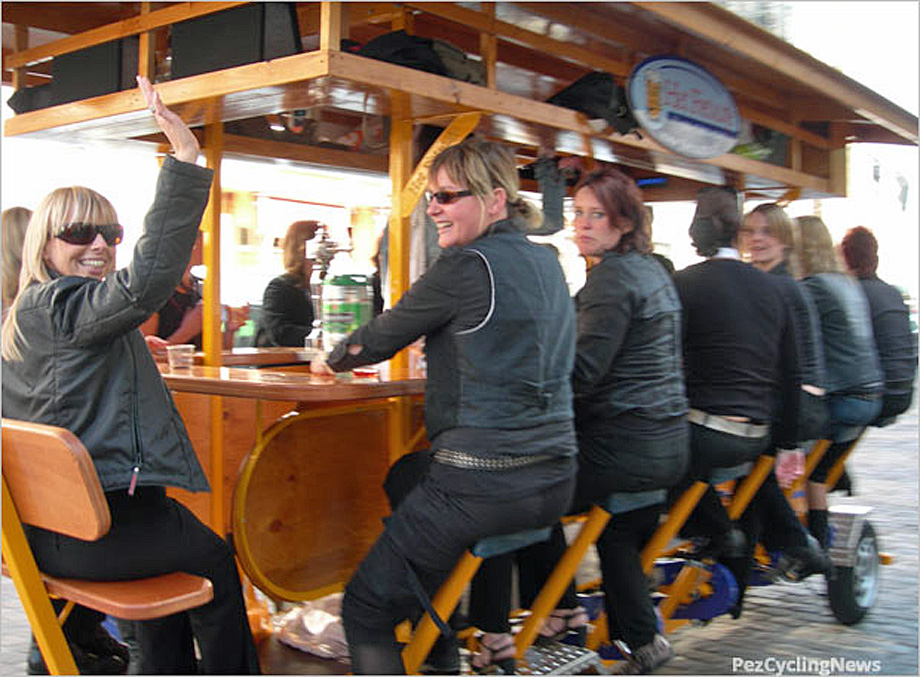